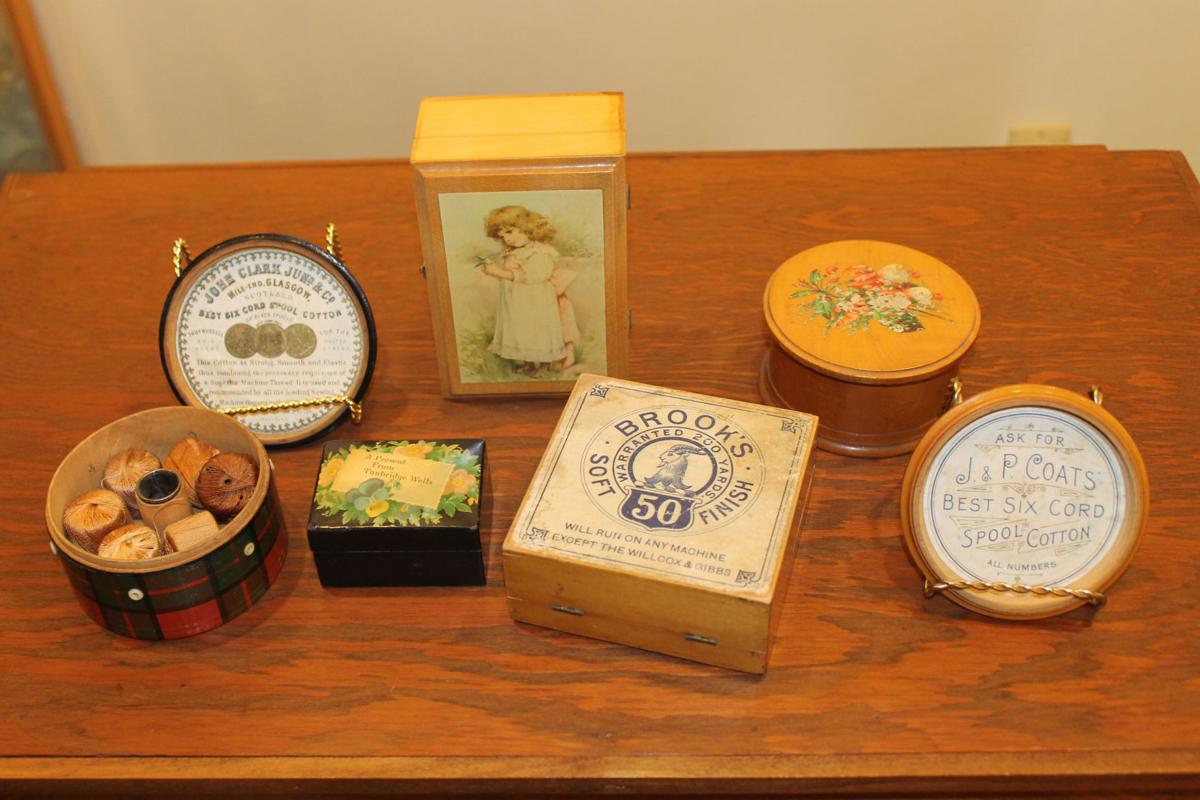 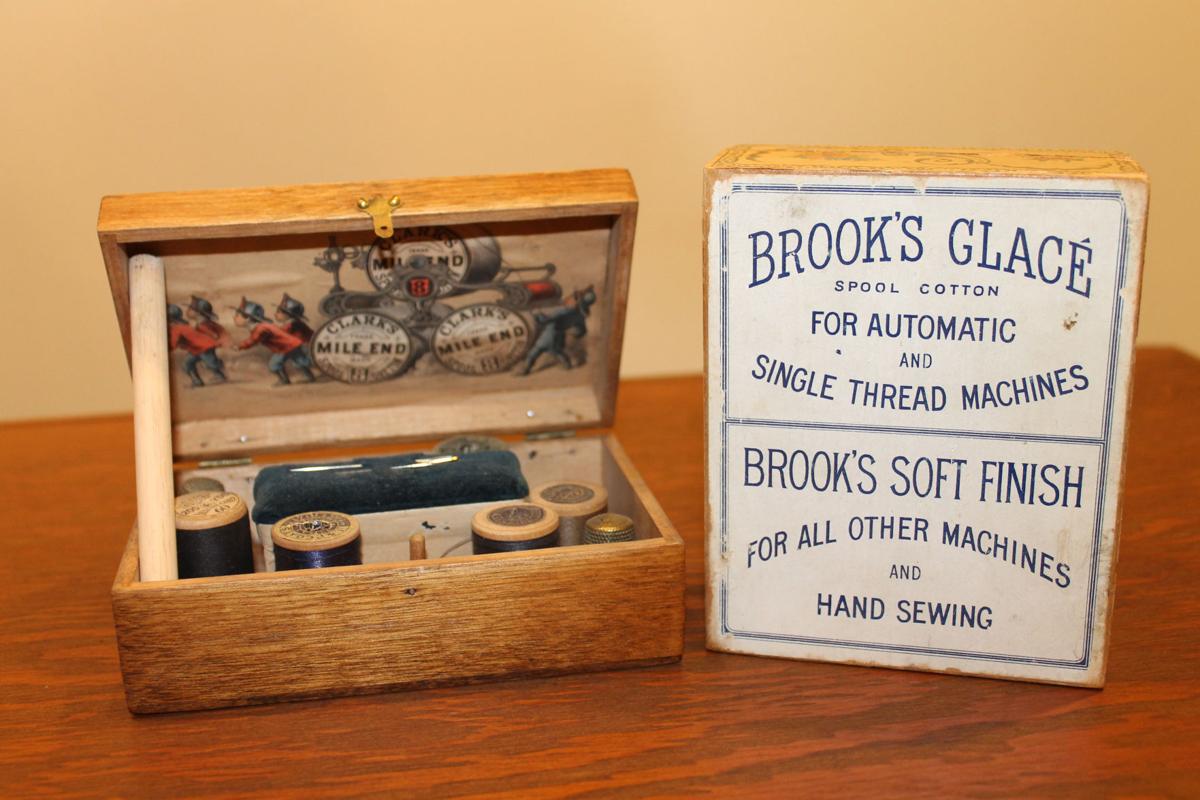 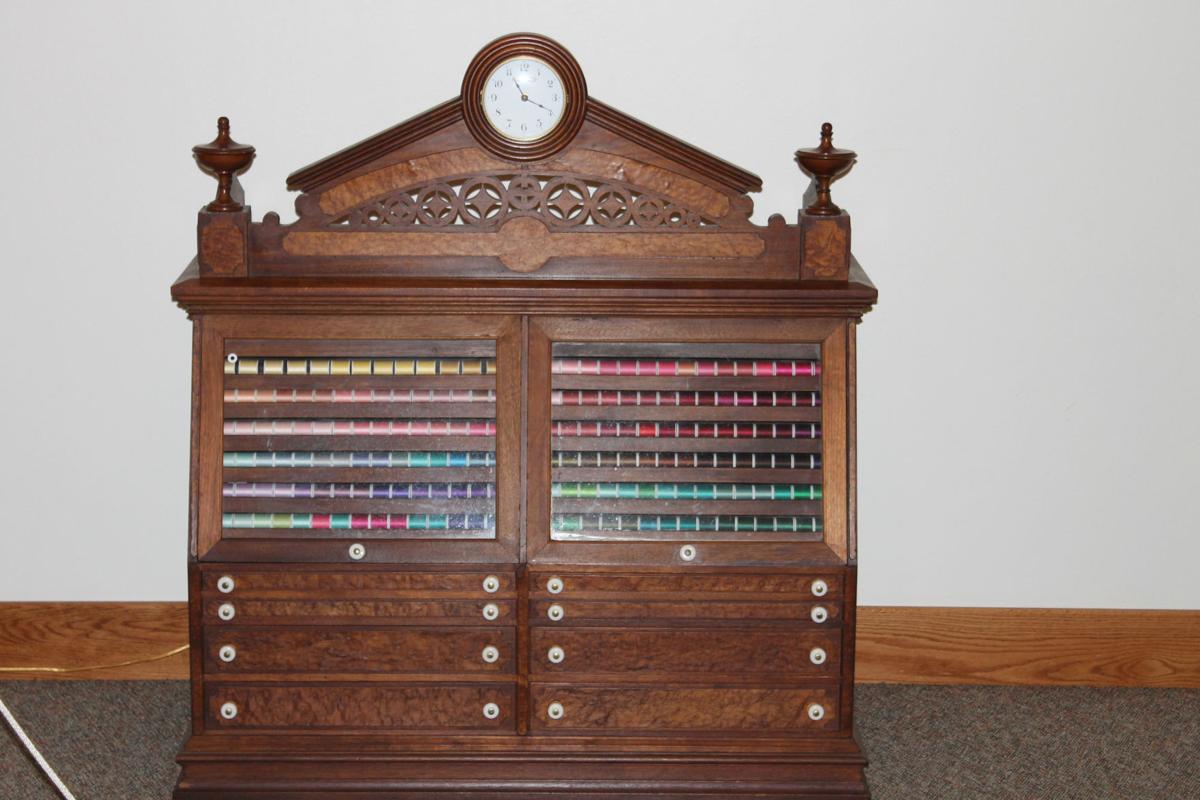 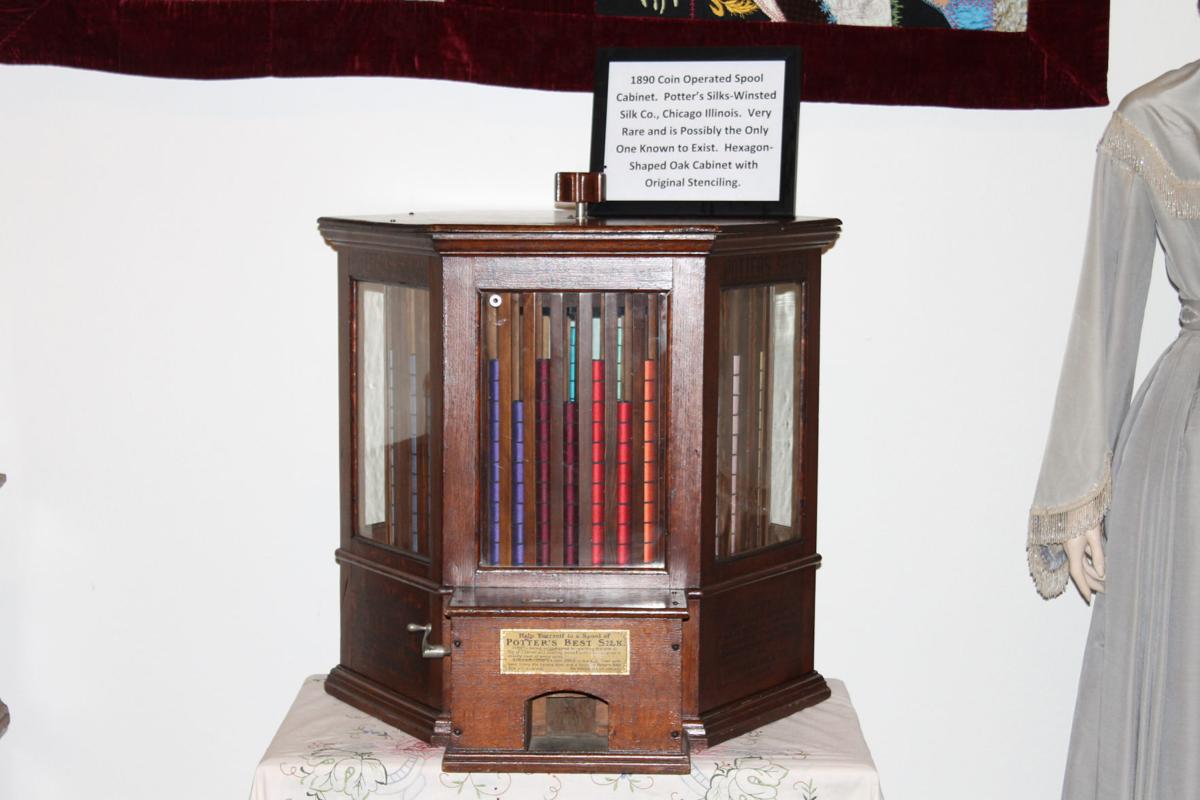 Between the mid-1880s and about 1920, ordinary thread came boxed in a series of small treasures that today are rare collectibles.  Today, a definite array of these small, round, square and even fan-shaped little containers can be found in the small town of Kalona, Iowa, a place where the 19th century never left.

The collection, acquired by Steve Reif whose ancestors arrived before Kalona was even an idea, is on view in the Visitors Center of the Kalona Historical Village, along with antique quilts which may be held together by that thread, sold to local women who did business at Reif’s family’s store from 1883 to 2004, when fire destroyed much of the building.

Obtained by American thread companies, such as J P Coats, to promote and advertise and help sell their basic utilitarian product, the boxes fit not only a sewing box, but a woman’s purse.  Of course, some of them likely became containers for actual treasures, such as jewelry or the silver pins to hold cloth together.  In the process, many became heirlooms.

The main manufacturer and possibly the first thread box makers were in Scotland, using a machine, and a type of soft wood.  Incidentally, the Scottish firms also made other items such as tape measures, needle holders and all sorts of sewing notions.

The thread boxes remain unique, with carefully stenciled art work on the lids, some echoing the work of the French Impressionists, setting them apart from the other ordinary boxes of the period.  It may be the best example of a utilitarian object that also was a work of art.

Reif said he cannot recall when he first started to collect them, only knowing when he saw one in a shop, he had to have it.  While he values these small treasures, Reif is better known for his collection of spool cabinets, also sent to stores by thread distributors to display their wares.   Made primarily of oak and walnut, currently about 50 of the cabinets from Reif’s enviable collection are displayed in the Visitors Center which also houses two quilt and textile museums, the Reif Gem and Mineral room and the when fire struck Reif’s Family Center 15 years ago, local merchants and residents joined the firefighters in finding and carrying out the spool cabinets, one by one, largely undamaged.

Both the cabinets and the thread boxes have a perfect home in the Village Quilt Galleries.

For Reif, the collecting of the big and small has led to an impressive amount of knowledge about textile merchandising, something that had been a big part of the family business well into the 20th century.

And, a good part of it is on display at the Kalona Historical Village that is open Monday through Saturday from 11 a.m. to 3 p.m. October through March and from 10 a.m. to 5 p.m. April through September.  Director is Nancy Reif Roth, Steve’s daughter who grew up with the town, the collections and the Village.