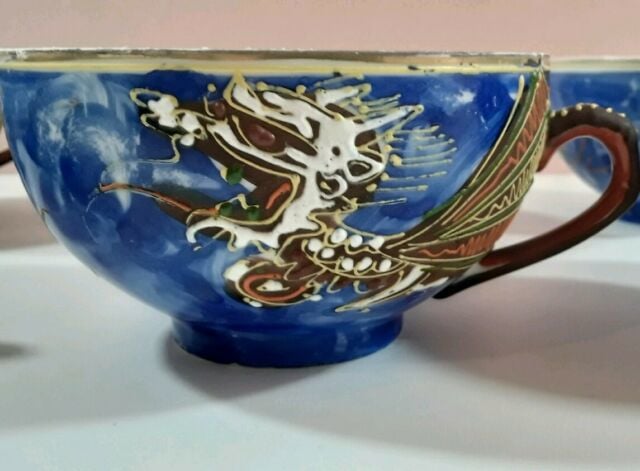 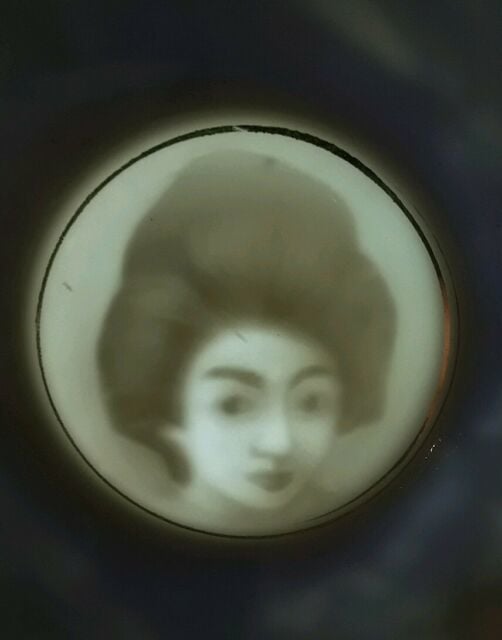 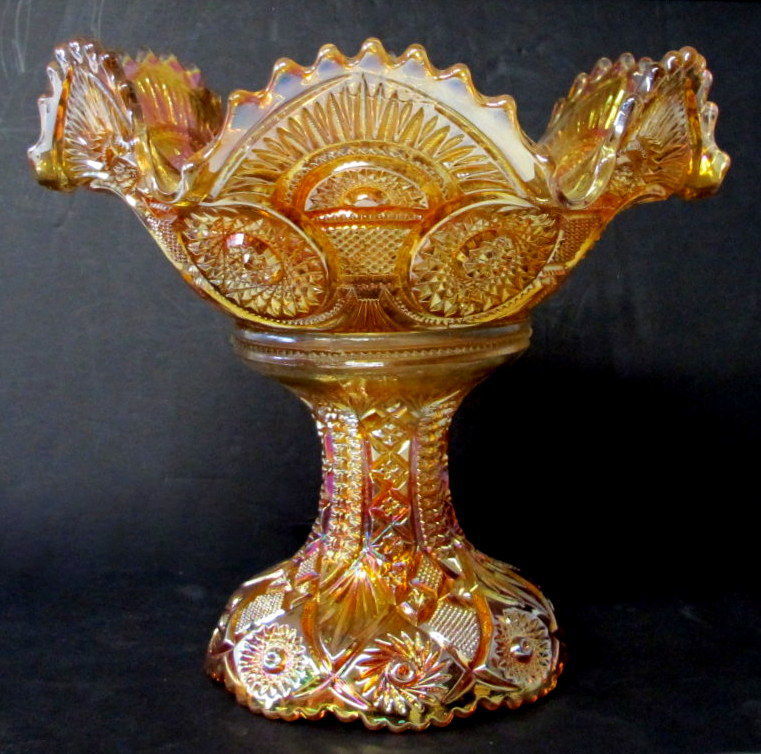 This unusual tea cup is part of my late mother’s 12 piece Japanese tea set. The family history is that my father, a serviceman, brought it back after World War 11. It always fascinated me as a child because of the strange, transparent portrait of a woman’s head on the bottom of each teacup when held up to the light. The set is now mine to treasure. However, I want to leave it to my daughter and would like to know the history, the face on the bottom and value.

From your photo you appear to have a set of dragon ware, geisha lithophane porcelain tea ware. This type of china was made in Japan from the 1930s to around 1960. It ties in with your family history of it. The Japanese began creating this type of ware in the late 19th century. The lithophane was formed by layering liquid porcelain over a design before firing. Many types of art were used over the years as well as many patterns. Your set could sell in a retail setting of around $200 or more.

This colorful, iridescent glass bowl on a stand was left to me by my late aunt. It was always filled with fresh fruit. I want to leave it to my daughter and would like to know something about the age and value. It is in two pieces and the total height is nine inches. It is in good condition. There is the letter (N) in a circle on the bottom.

What a wonderful family heirloom. You have an example of Carnival Glass made by Fenton Glass Company. In the early 20th century it was a give-away at carnivals when you scored at one of the games. It was known as the “poor mans’ Tiffany.” Tiffany Glass was making colored glass 1878/1900. In 1908 Fenton made the first American glass of this type, in many colors and patterns. Your fruit bowl stand is the Marigold pattern. Other companies began making it. By 1918 it was out-of-fashion. However in the 1950s glass companies began making it again. And in the 1960s reproductions were being made. Your antique Northwood fruit bowl could sell in a retail setting for $500 or more.

Do you have an antique or collectible item and need more information? For a personnel reply send a photo, along with history, size and any signature, with a self-addressed, stamped envelope and $25 to Anne Gilbert, 1811 Renaissance Commons Boulevard, #2-319, Boynton Beach, FL. 33426.