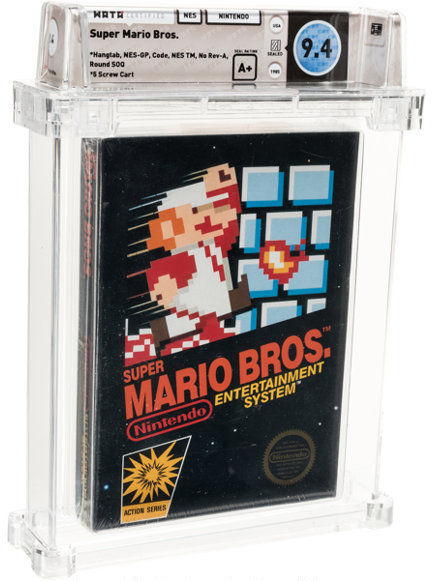 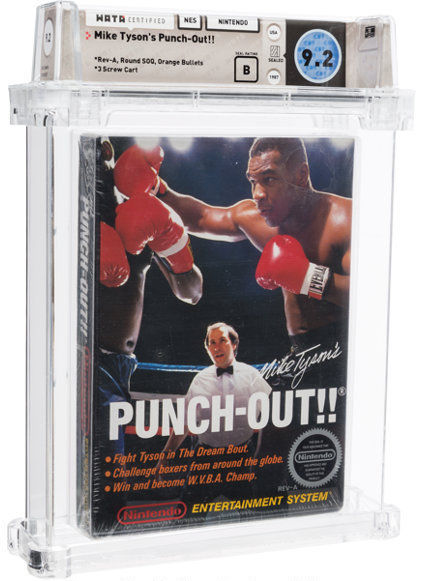 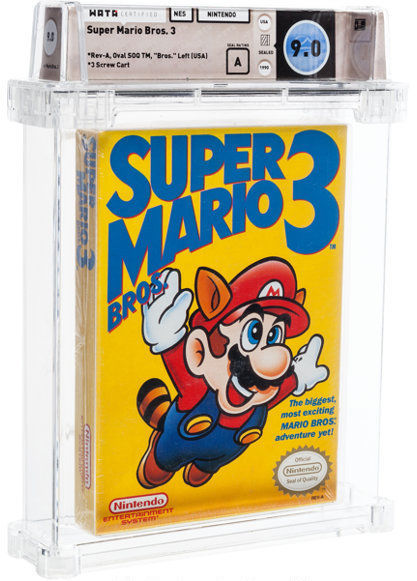 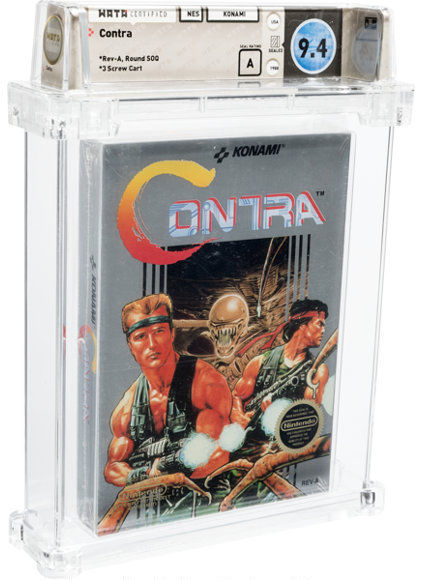 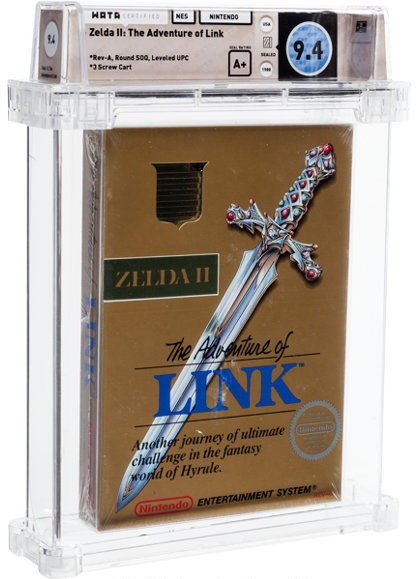 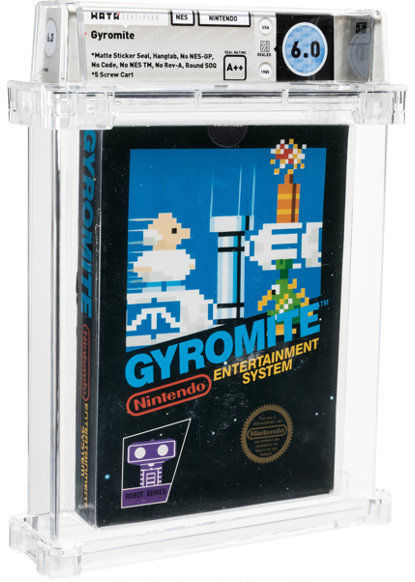 “Each of these lots appeals to collectors due to its relevance to pop culture, exceptional grade, packaging variant rarity, or all of the above,” Heritage Auctions Video Games Director Valarie McLeckie said. “It will certainly be interesting to see which lots really resonate with our clients. This collectible field is still in its nascent stage, so we are still learning what aspects of the hobby collectors put the largest premium on.”

Super Mario Bros. — Wata 9.4 A+ Sealed [Hangtab, 3 Code, Mid-Production], NES Nintendo 1985 USA is the highest-selling game on the console, and marks the first game in the Super Mario Bros. video game series. However, what really sets this copy of this Nintendo Entertainment System launch title apart is the packaging itself. This copy is from one of the short production runs of this title whose box had a cardboard hangtab underneath the plastic, signifying it was one of the first variants produced after Nintendo started using shrink-wrap to seal the games rather than stickers, and it has never been opened.

Mike Tyson’s Punch-Out!! – Wata 9.2 B Sealed [Rev-A, Round SOQ, Mid-Production], NES Nintendo 1987 USA is the highest-graded copy that Heritage has offered so far, and it’s even said that this copy is one of the highest-graded of the title with a round, Nintendo seal of quality. With the relatively recent sale of a Wata 8.5 sealed copy of the same variant selling for $45,600, there’s no telling what a copy of this caliber may bring.

Super Mario Bros. 3 – Wata 9.0 A Sealed [Bros. “Left, First Production], NES Nintendo 1990 USA is the first sealed example of the prized “Left Bros.” variant ever offered at public auction. This variant’s nickname refers to the formatting of “Bros.” on the front of the box, which confirms that this copy is from the earliest production run of the title, effectively equal to a “first printing.” Sealed copies of this variant are almost unheard of, with a projected population estimated at being in the low single digits. One could even say “Left Bros.” is to Super Mario Bros. 3 as “Dr. Wright” is to Mega Man!

Other top lots include, but are not limited to:

For breaking stories, follow us: HA.com/Facebook and HA.com/Twitter. Link to this release or view prior press releases.