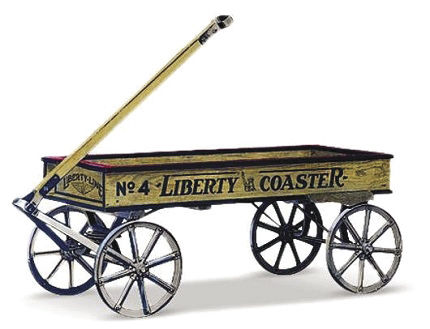 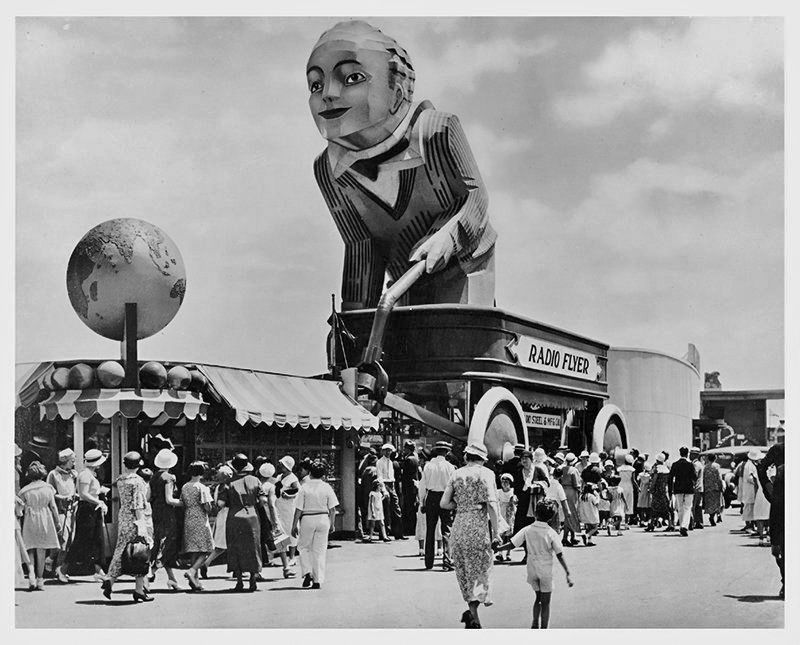 Radio Flyer sold miniature wagons at a stand underneath this 45-foot-tall "Coaster Boy" structure at the 1933 Chicago World's Fair. 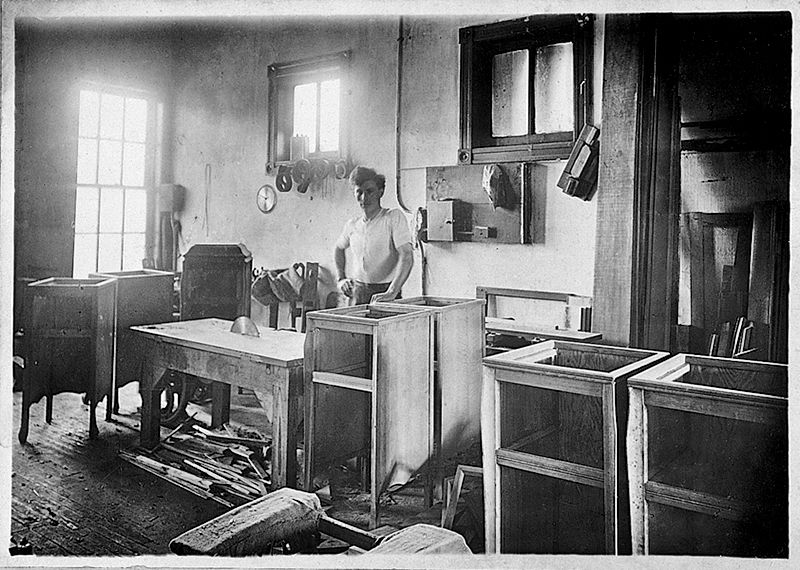 Pictured is Antonio Pasin, the founder of Radio Flyer wagons, working on his creations for the company. 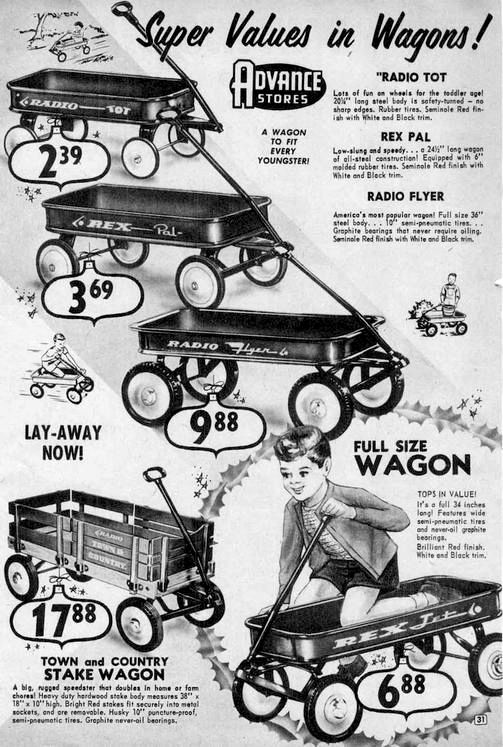 Radio Flyer sold miniature wagons at a stand underneath this 45-foot-tall "Coaster Boy" structure at the 1933 Chicago World's Fair.

Pictured is Antonio Pasin, the founder of Radio Flyer wagons, working on his creations for the company.

100 years of the classic, iconic, ‘Radio Flyer’ Part One

The Radio Flyer wagon company celebrates giving a century of children their “first flight” this year. Multiple 100th Birthday celebrations and events have been planned throughout all of 2017 to help signify the customer’s importance to the success of Radio Flyer, and to remember the amazing man that started it all with a dream to make children ‘fly’ and most importantly...to dream.

If Antonio Pasin could witness the giggle ‘The Ziggle’ brings out of a child, I imagine he would giggle too. No doubt, he would nod his head at the cutting-edge, employee-focused leadership his grandsons have taken with the company he started 100 years ago. Robert and Paul Pasin took over the company in the late 90s, and largely due to their business tactics, and new innovative products like ‘The Ziggle,’ Radio Flyer Inc. has rolled right up to the century landmark in their little red wagons.

When founder Antonio Pasin began the journey 100 years ago however, the wagons were not red, or even metal. The ‘Radio Flyer’ name had not yet been considered, let alone had a song written about it with so many version even a ‘Willie Nelson’ one. The ‘lil’ red wagon’ that took so many American children for their “first flight” all began with a dream of a very talented, persistent, Italian immigrant. “I enter so many ventures with more nerve than capital.” This quote from Antonio certainly kept ringing true as his business grew, and it was even truer at the beginning. Arriving in New York in 1914, at the ripe age of 16, already a third generation skilled furniture maker, Antonio worked himself to Chicago doing whatever menial job his masterful hands could find. Eventually, he plopped every last cent into a workshop where he designed and created his first wagon, and in 1917, ‘The Liberty Coaster Company’ was born.

How ironic that it may in fact have been honoring the “Statue of Liberty” that made his coaster popular, but Antonio did so out of gratitude at the chance America was giving him, to carry out his dream of being in business for himself.  His greater dream though, was to be in be in business for the sake of the greater good. “To give work to others. That had something to do with my desire to be in business.” However, even before the popular lil’ red guy rolled into our hearts, folks were loyal to ‘The Liberty Coaster’ brand because of its dedication to quality. As the folks from the Radio Flyer website explain: “As times of the 20's grew tough, America learned how to make do, or simply do without. Even in those tough times, Americans dreamed of a better life for their children, and continued to demand Pasin’s wagons and the basic value they delivered.” As the coasters became more popular and sales grew, Antonio took a plunge and bought a factory “he couldn’t afford” which paid off almost immediately with an order for 7,000 wagons.

So far the nerve over capital had worked out well and Antonio’s wheels were already turning towards the future. By 1927, having already been paying close attention to the auto industry’s metal-stamping technology and assembly-line manufacturing, he decided to design a coaster for mass-production with these features. Enter: The Radio Flyer! He chose the name because of his innovative heart and his focus on dreaming. “Antonio Pasin's wagons captured the spirit of the times. The first steel wagon was named Radio Flyer, by combining his fascination with the invention of the radio – by fellow Italian, Guglielmo Marconi – and his wonderment of flight.” The main reason for his switch to the metal coasters and the new assembly was his determination to make a wagon affordable enough, “For every boy. For every girl.” This marketing and manufacturing strategy earned him the nickname “Little Ford” and made The Radio Flyer a household name, and a form of escape for any child, even through tough times.

When the company name changed to ‘Radio Steel & Manufacturing’ in 1930, the customer loyalty continued, and they became “the largest producer of coaster wagons” at 1500 a day. Apparently, this must have created an imbalance in the ratio of Antonio’s ‘nerve and capital’ so he took another dangerous plunge into the risky pool of business, this time at the World’s Fair with a ‘giant’ of a promotional idea. Although investors scoffed and thought the idea mad, Antonio went ahead with his plan that resulted in worldwide ‘Radio Flyer love.’ He had fellow Italian Alfonso Iannelli, assist him design and build a 45 foot exhibit for the 1933 World’s Fair. The ‘Coaster Boy’ rode in a Radio Flyer wagon, in the midst of the wonderment of flight. With this giant dream he must have been communicating to those children: ‘I see how big your dreams are!’ And when he sold the miniature versions of those very wagons beneath the mammoth ‘Coaster Boy’ for only 25 cents, he made those dreams attainable in their imaginations. To the chagrin of the scoffers, the marketing strategy worked out amazingly well and put The Radio Flyer name on a the world map.

Look for the continued portion of this story next week—in the April 25 issue.