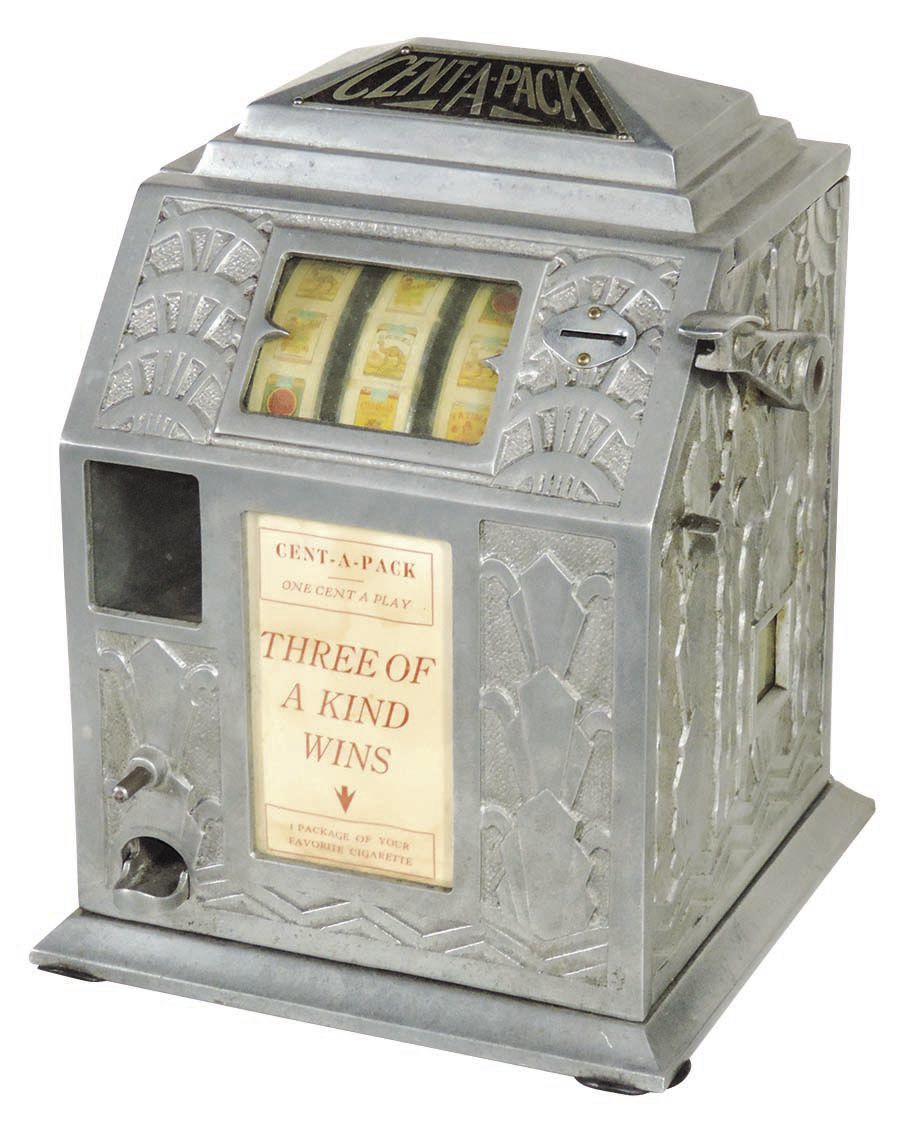 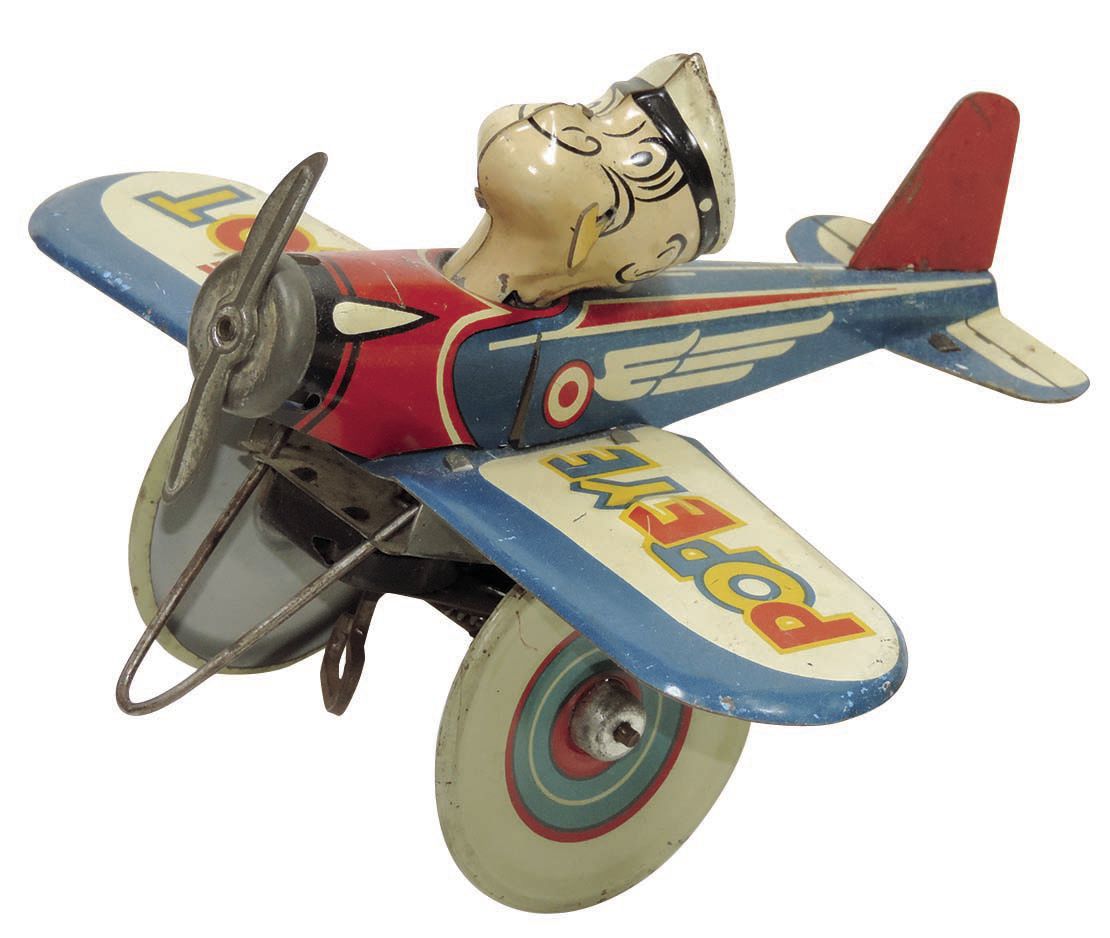 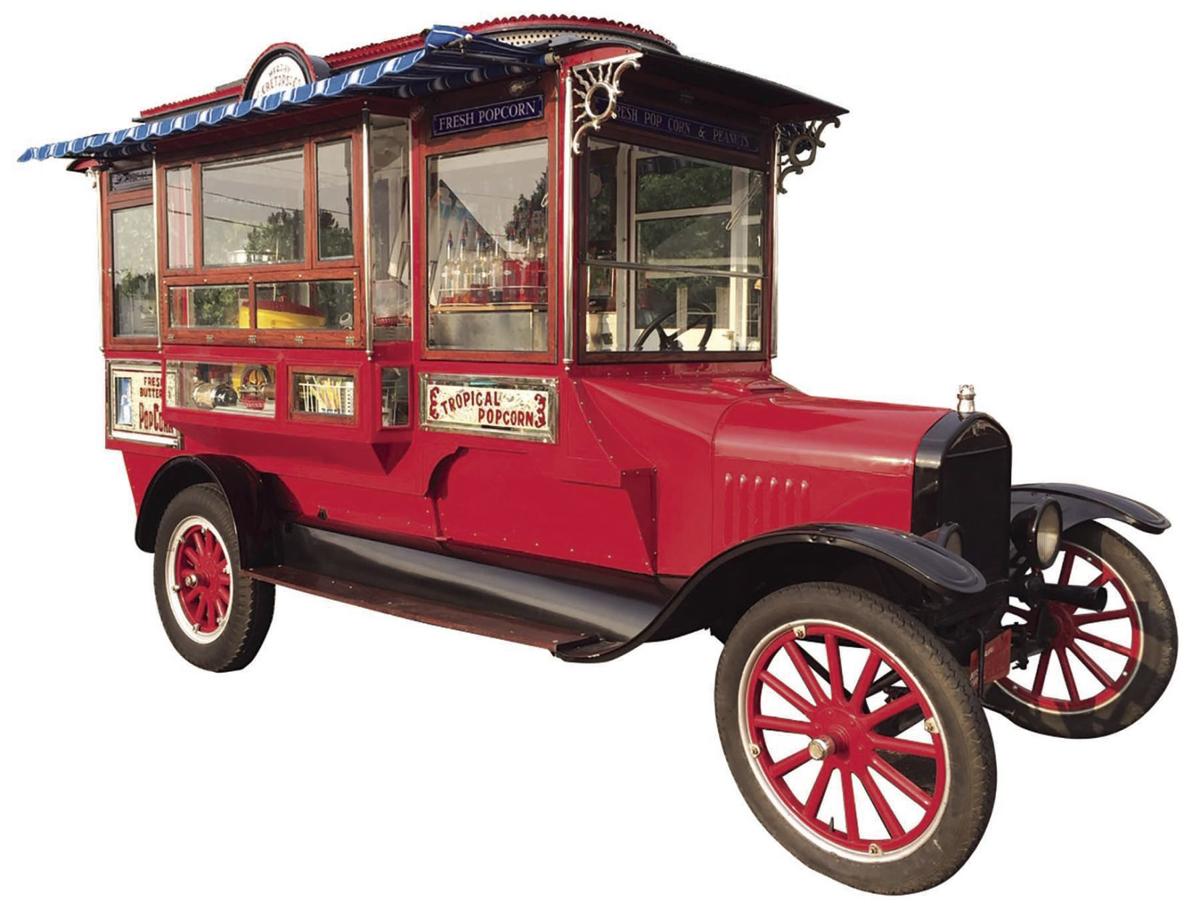 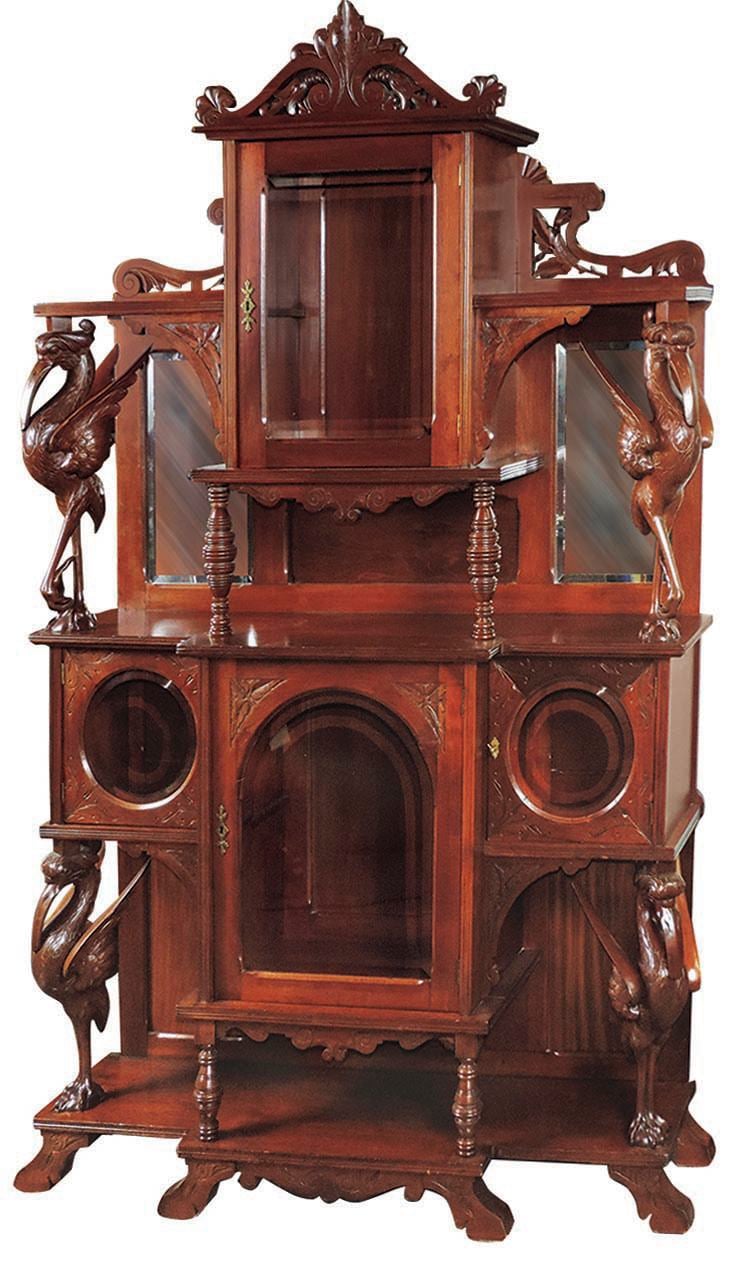 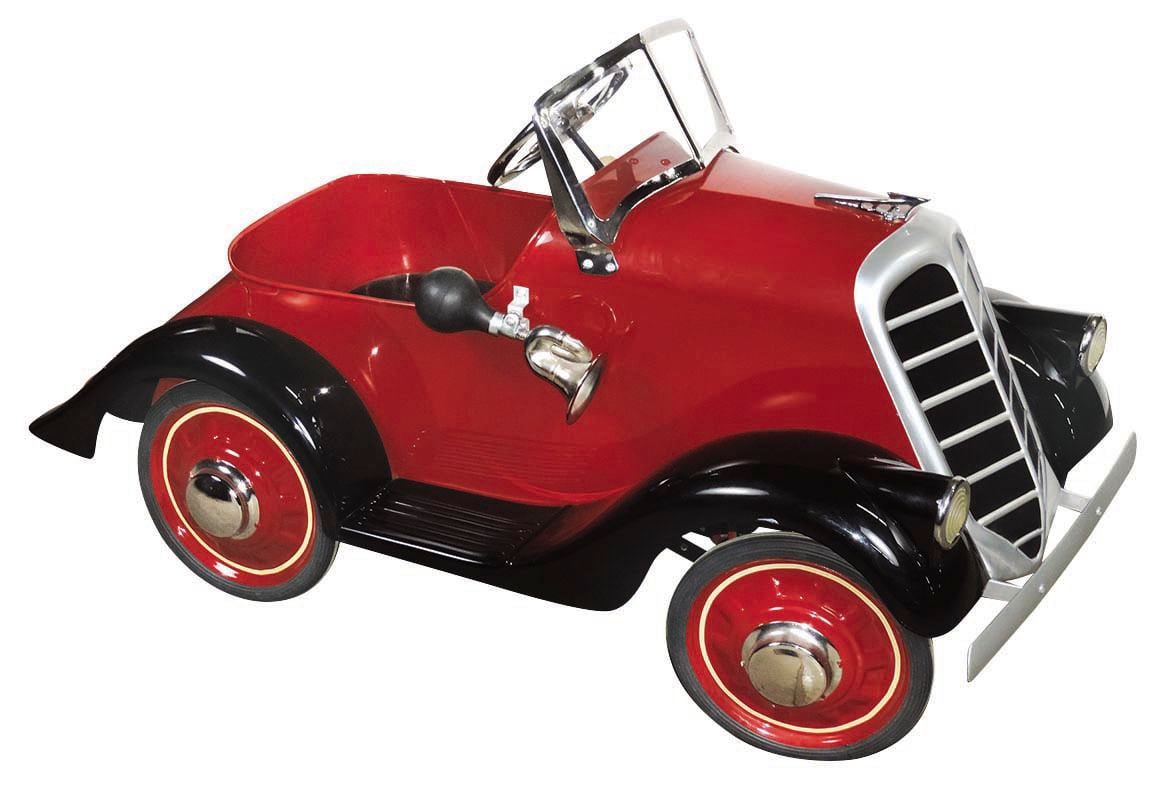 Weekend road trips. Thousands of miles on backroads and byways. Lunch in main street cafes. Listening and following clues and rumors. All in the search of that special addition to that special collection. We’ve all discovered the magic in remembering! Digging for hard evidence of how life was then. We’ve all heard the stories. We’ve lived them. We’ve shared them. It is all about the hunt! So when you have the opportunity to look through the fruits of years and years and literally millions of miles of the hunt, don’t miss it. This “fruits of the hunt” event comes soon.

Gathered from every nook and cranny across America, a couple of thousand superb lots will be coming to auction. This Rich Penn Auctions Spring event is one on the largest assemblages ever offered by Penn. With nearly 2,500 lots, all sell without reserve. The auction dates are Thursday afternoon, July, 23 through Sunday, July 26. “This auction offers a truly spectacular variety, including the coolest and biggest “Toy Truck” we’ve ever offered.” said Penn, “This restored 1927 Model T Cretors Popcorn truck has been in service for the better part of 100 years. There are smaller trucks too and a large selection of John Deere toys, many NOS with boxes. And a whole fleet of great pedal cars, American National, Garton, Gendron, Murray and others. Nearly all are restored. Pressed steel trucks, windups, cast iron banks and lots more.” Penn added, “A nice collection of Popeye windup toys will find new homes too. And some of these are so rare, you could spend a long time hunting and never find them. Toys like these; Popeye and Row Boat, Heavy Hitter, Bag Puncher, Fliers, The Pilot, Basketball Player and others.”

With every Penn auction, you always find a great variety of Country Store, Drug Store and Soda Fountain pieces. This auction will be one with another full array of life in the early 1900’s Drug Store. Syrup dispensers, ice cream dippers, trays & signs, double tower display cases, gum and candy displays, candy jars, even rare straw dispensers, it’s all here. Take a look back to when the Drug Store was a social center and you were encouraged to stay a while!

The country store was different. It provided more for the household utilitarian needs than the drug store. You’d find things for home life, especially for the kitchen. Wall and counter coffee grinders were a necessity and there are many to choose from. Tobacco and spices, match holders, tip trays and pocket mirrors, all were sourced in the country store. And the Silent Salesman worked the country store too. Rare coin-operated machines including slots, trade stimulators and vending all could be found there. All those devices added to the merchant’s bottom line, one penny or a nickel at a time. Choose from a nice variety of rarity! Several early tall case Pulver Gum machines, including the c.1910 Kola-Pepsin version will sell. In addition, a rare c.1905 White Vending Co. glass domed Buffalo Gum machine is offered. Even if you drove thousands of miles today, these machines would be very hard to find in the “wild”!

In those early days, that weekend trip to town for supplies often included a stop at the Barber Shop. Not only could you get a shave and a haircut, you could also catch up on local business and worldly events. In the most fashionable barber shops, unlike posting your business card like today, you planted your occupational shaving mug. That would clarify what your interests were or the business you were involved in. This auction will provide the opportunity to acquire some of the rarest of the rare occupational mugs. With nearly three hundred to choose from, this could be the largest collection to come to auction yet this century. Many you simply never see offered, like Aircraft, Bicycles, Bowling, Civil War Ships, Motorcycles, News Boy, Speedboats, Shoe Shine Boy and many more, all are selling.

Maybe the final stop in town would be at the gas station. Those who had an automobile then needed to gas up for the week. Pick up some great advertising pieces from those period gas stations. Porcelain and metal signs were the main media for advertising gasoline then. And those signs are collector favorites today. You’ll have some early ones to choose from. You might even drop a nickel or a dime in the Coca-Cola machine for a cold drink on the way home. This auction will offer a massive assortment of the adverting examples that coaxed that change out of your pocket and into their machine! In the early 1900’s Coca-Cola was a master of branded advertising. It was everywhere. And it worked. One nickel or dime at a time.

Those nickels and dimes are collectible today too! This Rich Penn Auction Event will also offer a large collection of many rare coins, from Colonial coins up through the 20th Century. Many of those nickels, dimes and quarters were saved and collected. How about a three legged Buffalo nickel!? Just one year, caused by a flawed stamping die, this 1937D coin is a collector favorite. So is the 1909 S-VDB Lincoln penny and Carson City Morgan dollars. If you like gold...$10 Eagles, $5 Half Eagles and quarter eagles will all be offered along with several thousand other coins. The coin session on Thursday afternoon, July 23, kicks off the four day Auction Event.

According to Penn, “This auction also includes an outstanding selection of furniture and decorative pieces. The early Victorian pieces include some of the best we’ve ever taken to market. Names like Thomas Brooks, J. & J.W. Meeks and R. J. Horner Brothers top the list, but there are dozens of other classic pieces too. There’s also Carnival Glass, Wavecrest, decorated ceramics, stained glass and lighting. There’s also other fun stuff.” He went on, “We were given these Steam Punk motor bikes. Each is hand made from old bicycles and related automotive and mechanical pieces and parts. Then they were retro fitted with newer motors. You can actually fire them up and go!”

Looking at the scope of variety and depth, this promises to be quite the auction. As with recent auctions, this event will be held in the Five Sullivan Brothers Convention Center in Waterloo, IA. The adjoining hotel, now a Best Western Plus, is under total renovation. They will have a number of newly renovated rooms available, at a $999 rate, for RPA guests.

For those who can’t make it, Penn offers multiple bidding options, including absentee, telephone and live bidding online through LiveAuctioneers. Find the links to the online catalog on Penn’s web site. Full color catalog of the Friday – Sunday auction is available for $40. The Thursday Coin Auction catalog is $20, both are $50. Prices realized will be posted online. Just contact Rich Penn Auctions at 319-291-6688 to order yours. Go to www.RichPennAuctions.com to register or to preview the auction.