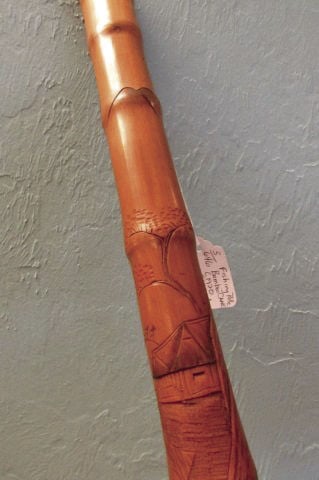 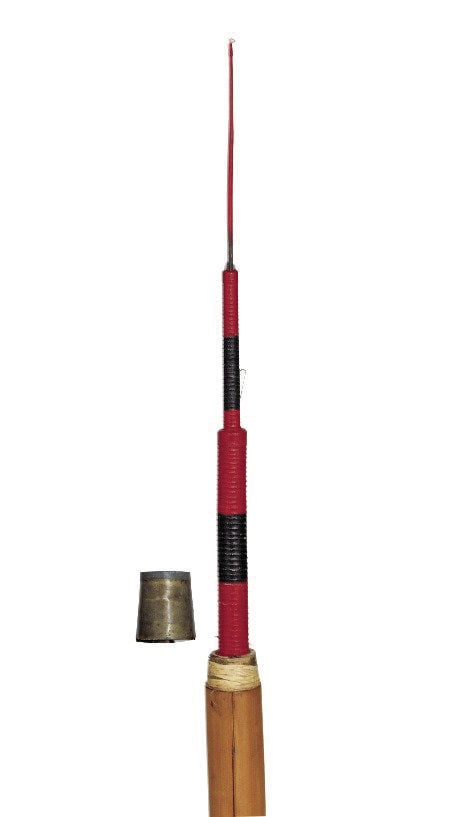 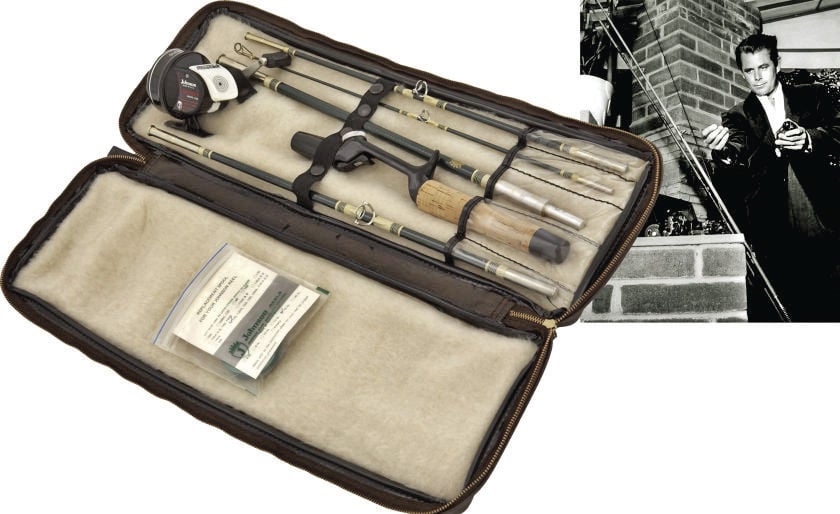 There is an old saying that you can bring a horse to water but you can’t make it drink. That expression has been used to describe many situations, but I’m not sure if it has even been applied to a fishing pole.

Fisherman would love to be able to just stick their poles in the water and fish would continually bite. Wishful thinking. However, it can’t be denied that fishing poles have come a long way. A very long way.

The earliest record of anything even remotely resembling a fishing pole is from written Chinese records in about 2000 B.C. There were mentions of “rods,” which were actually pointed sticks or bones about an inch long. They were referred to as gorges, which were used to fish from boats. A line was attached with a short appendage, and the first recorded bait was, you guessed it, rice. After all, these were the Chinese.

Longer poles were later devised from tree branches, therefore allowing for fishing from a shore. It was also believed that Egyptians also started fishing, possibly around 1000 B.C., and used bamboo poles. Around the time of Plato, 400 B.C., there were writings that indicated that fishing had evolved to the point where there were now barbed hooks used, as well as rods and lines. However, the rods needed to be sturdy and also flexible, especially to catch large fish. Mediterranean fisherman devised a solution for the pole by using a plant known as ferula. The line was made of horsehair or woven flax, and the top of a bronze hook was put over the line to protect it from breaking.

Fisherman were quick to learn that fish would rise to the surface of the water to eat new hatches of various flies. Soon, the first fly fishing of bait was devised, which was most likely a piece of red wool with rooster feathers attached. Therefore, the dual purpose of simulating a fly, as well as keeping the lure afloat, was achieved. However, no reels had been invented, so fisherman had to pull the line by either using the stick, or fishing pole, or their hands to set the hook. They would then need to pull in the line with their hands.

The fishing pole would not be significantly improved for more than a thousand years. A book was written in 1496 in England by a nun Dame Juliana Berners, titled The Treatyse of Fysshynge with an Angle. The author describes a 14 foot two section rod with a hollow bottom section in which the tip could be stored. This book described artificial flies, some of which are still used today, as well as discussed the extending of fishing poles to as long as 18 to 22 feet. Woven horsehair became the most popular form of fishing line until the advent of the filament line centuries later.

It was in the 1600s that the reel was added to the rod. The first reels were wooden spools with a metal ring which fitted over the fisherman’s thumb. But through the late 1700s reels were common which were made with such heavy European woods as lance-wood or greenheart. By the 1900s, fishing poles made of bamboo were being manufactured, and silk was replacing horsehair. Bamboo rods would give way to fiberglass or carbon fiber, and nylon replaced the silk. Rods became shorter and lighter when bamboo was replaced with fiberglass or carbon fiber and nylon became the fishing line of choice. Soon, plastics were used to mold lures to replicate natural fish food.

During the 19th century, fly fishing became a very popular sport with the advances rod builders were making in splitting cane and developing tapers using beveling machines that could plane the bamboo to very thin and fine tolerances. Several companies including Hardy Brothers, South Bend and Montague were created to take advantage of this growing popularity.

Nowadays, poles have become very lightweight, which enables a fisherman to feel the slightest tug. Lines are now designed to prevent breakage, or fish with teeth from biting through it. Lines come in all sizes and shapes. Most poles are made of carbon fiber, and reels have been developed for every type of fishing imaginable, including fly fishing and deep sea fishing.

Fishing pole collectors have a great appreciation for old vintage fishing rods. Just as long as they are well made and properly taken care of. They must be constructed very well with excellent attention to detail, possess character, beauty and appreciation with the test of time.

Antique fishing rods are the best of breed when it comes to collecting old fishing poles. Antique rods are sought out by serious collectors, and many are willing to pay thousands of dollars for any given rod that they want to add to their personal prized possessions.

There seems to be a misconception among a lot a people. Many seem to be confused by “antique” versus “vintage." Even worse are those who actually own the products which they are trying to sell and have those items listed wrong.

Certainly, fishing pole collectors have not been disappointed. Try these sales.

However, an historic J.C. Conroy and Company antique fly rod sold for $8250 at a Lang’s auction in November 2007, while a rare early Norris antique rod sold for $16,000. The rod belonged to John Moores, former owner of the San Diego Padres baseball team, and fly fishing companion of former President Jimmy Carter.

In a recent 2014 auction, a circa 1920s bamboo cane fishing rod with Japanese characters was sold for nearly $200. A Thomas & Thomas graphite fly rod fishing pole in original case was sold for $275 at a 2014 Stanton Auction. An assemblage of vintage fishing collectibles including flies, lure, pole, net and brass scale was sold for $550 at a recent Leland Little Auction. This collection was from the Bob Timberlake Collection, which he was primarily known for his watercolor paintings.

A dual purpose fishing rod cane, 1890-fashioned of a straight bamboo carved with a flying eagle rescuing a monkey from a giant snake coiling around the shaft, was sold for $650 in a 2014 Kimball Sterling Auction. The carving is fine and the involved dramatics are beautifully rendered and accented with dark highlights. The brass ferrule can be removed to reveal three elements which fit in one another and telescope out and become a functional fishing rod. This beautiful Asian cane is signed by the creating artist.

Jeff Figler has authored more than 600 published articles about collecting. He is one of the world’s leading experts on collectibles and is a former sports columnist for the St. Louis Post-Dispatch/STL Today, and San Diego Union Tribune. Jeff’s most recent book is “Picker’s Pocket Guide to Baseball Memorabilia” published by Krause Publications. You can learn more about Jeff by visiting his website www.collectingwithjeff.com. He can also be reached via email at info@jefffigler.com.

Angling for a good catch