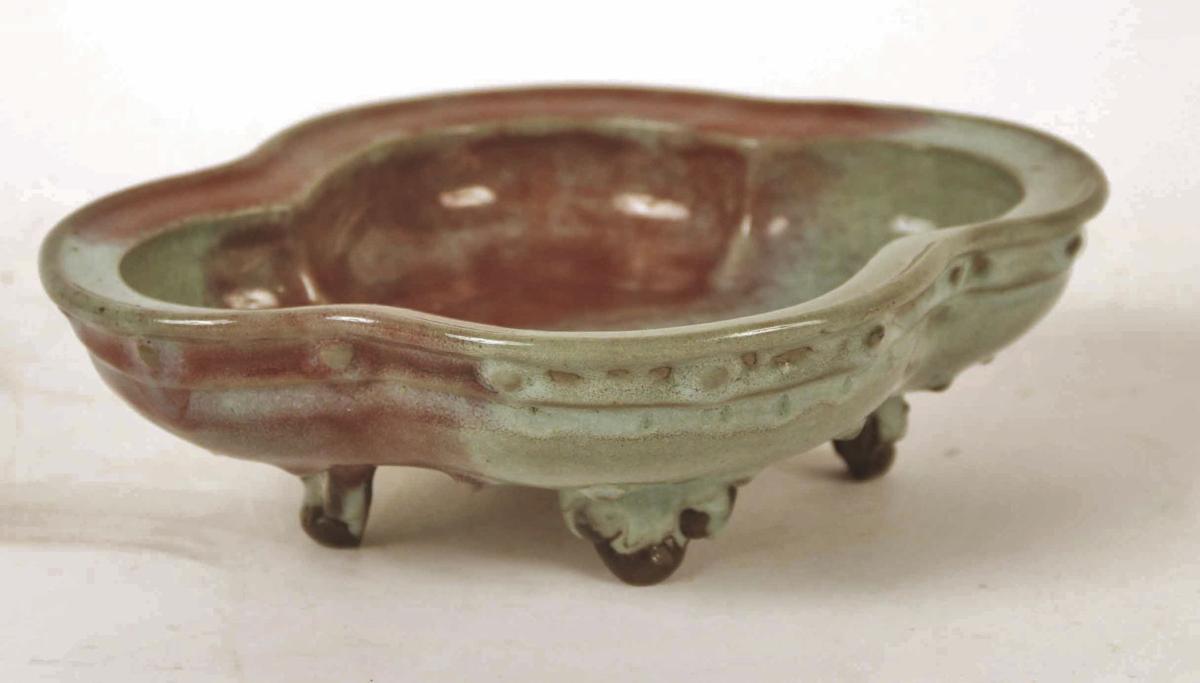 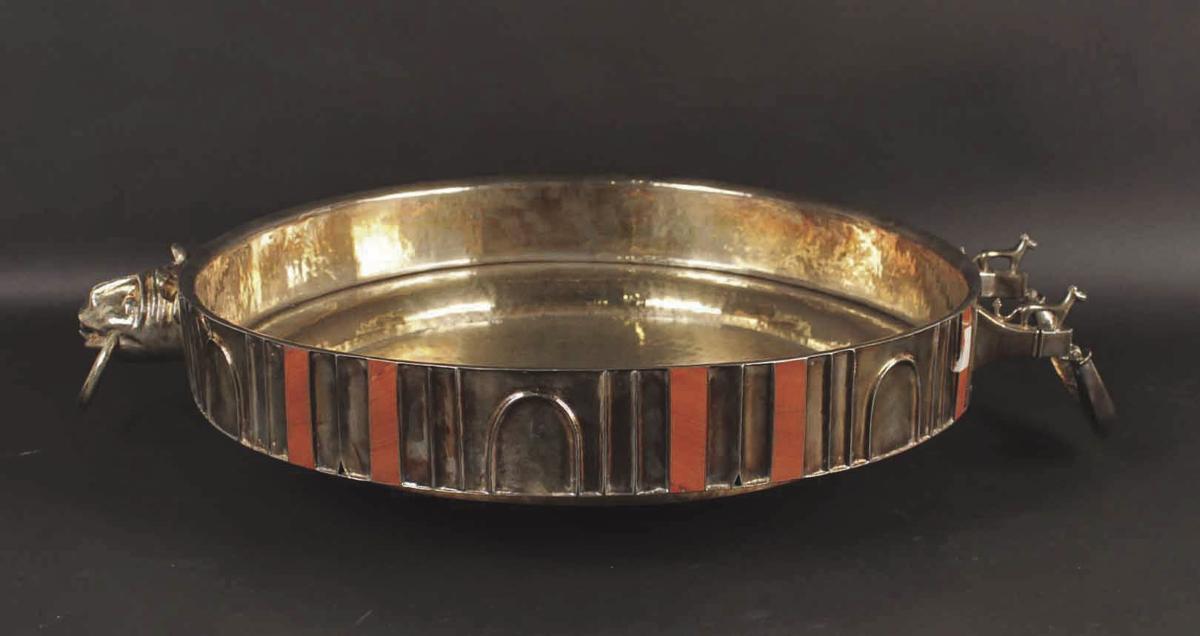 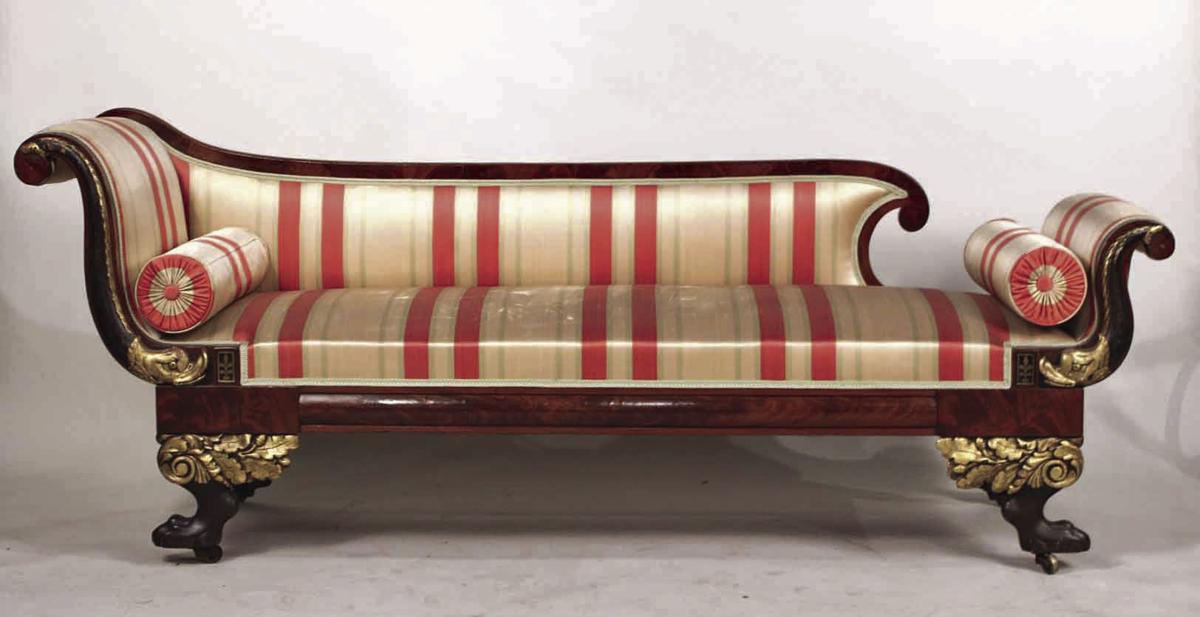 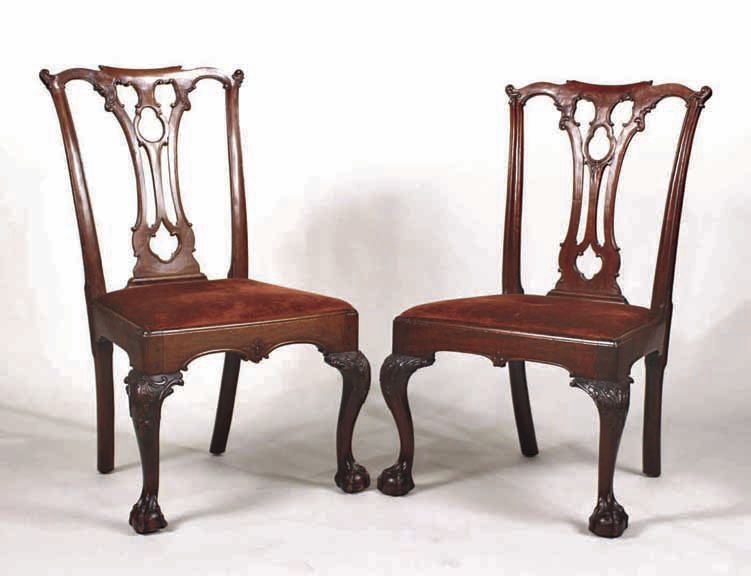 Near pair of Chippendale mahogany side chairs attributed to Thomas Tufft (Philadelphia), made circa 1770 and refinished and restored ($18,750). 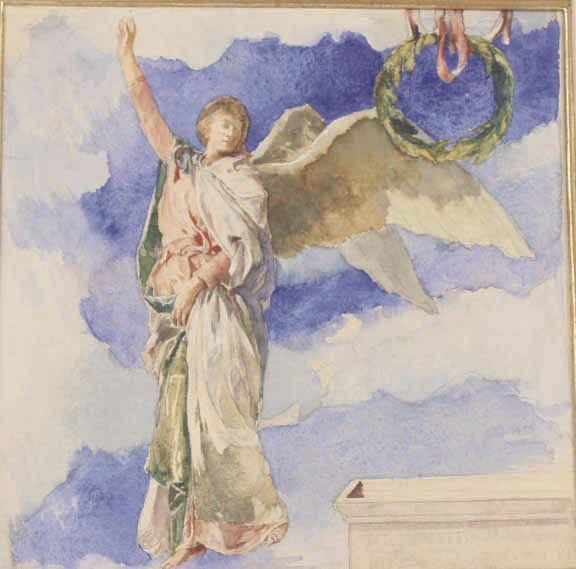 Near pair of Chippendale mahogany side chairs attributed to Thomas Tufft (Philadelphia), made circa 1770 and refinished and restored ($18,750).

BLOOMFIELD, N.J. – An unassuming Chinese green glazed oval footed porcelain bowl with a pre-sale estimate of just $1,000-$2,000 soared to $200,000 at Nye & Company Auctioneers’ Collectors’ Passion Auction held January 31st, online and in the firm’s showroom at 20 Beach Street. The auction was held after Americana Week in New York City, about 15 miles away.

“I would have to judge this sale a huge success, with strong bidding across all categories, led of course by the Chinese porcelain bowl, the true definition of a sleeper lot,” said John Nye of Nye & Company Auctioneers. “The enthusiastic bidding really reminded us of the good old days. The excitement in the air and online for the offerings in the sale was both palpable and exhilarating.”

Phone bidding and internet bidding were especially high and active. Both LiveAuctioneers.com and Invaluable.com, the internet bidding platforms, saw heavy participation. There were over 5,000 approved online bidders and a little more than 700 registered bidders from around the world. By the time it was all over, the final tally fell just short of the $1 million mark.

Andrew Holter added, “On the heels of Americana Week in New York, Classical American furniture showed strong resilience and was buoyed by a recamier (fainting couch) that sold for $25,000.” He was referring to lot #202, a Neoclassical parcel gilt mahogany recamier, made in New York City between 1815 and 1825, partly ebonized and measuring seven feet long.

Following are additional highlights from the auction. All prices quoted include the buyer’s premium.

Original artwork dominated the auction’s list of top lots. A watercolor painting by John La Farge (Am., 1835-1910), titled Figure with Wreath, framed and measuring 7 ¾ inches square, realized $15,000; while a pair of oil on canvas riverscapes by Thomas Doughty (Am., 1793-1856), one depicting a waterfall with figures, the other of a sailboat and figure, sold as one lot for $12,500.

Another painting that was attributed to Doughty, an oil on board titled Gilpin’s Mill on the Brandywine, 7 ¾ inches by 11 ¾ inches, changed hands for $10,625. Also, an oil on board of two figures by William Aiken Walker (S.C., 1839-1921), the artist best known for his genre paintings of black sharecroppers in Reconstruction-era America, titled Field verso, hit $11,250.

After the Chinese porcelain bowl, the Asian category was highlighted by a Chinese ceramic pillow, 7 ½ inches long by 5 inches wide, in good condition, that realized $15,000; and a pair of Chinese blue and white porcelain covered jars, each 20 inches in height, that brought $11,563.

American furniture was led by a figured Cherrywood bedstead, signed and dated 1994 by Mira Nakashima (New Hope, Pa.), daughter of the legendary craftsman George Nakashima, made for a king-size mattress and signed by her ($11,250); and a Federal figured mahogany desk-and-bookcase, made in Massachusetts circa 1800-1820 ($10,000).

A near pair of Chippendale mahogany side chairs attributed to Thomas Tufft (Philadelphia), made circa 1770, finished at $18,750. From France, an 18th century Regence marble-top parquetry inlaid commode rose to $10,000.

Returning to original artwork, two oil on canvas paintings posted identical selling prices of $9,375. One was a work titled Birch Trees by Robert Strong Woodward (Am., 1885-1957), artist signed lower left and 26 ½ inches by 30 inches (sight). The other was titled Piccadilly Scene by Fernand Lungren (Am., 1857-1932), signed lower left and pencil inscribed 1899 on the stretcher.

A French 20th century Goudji sterling silver two-handled center bowl mounted with hardstone panels, stamped to the underside “Goudji sterling 925” and with a total weight of 137 troy oz., fetched $17,500. Also, a bronze sculpture deaccessioned by the Newark Museum of Art, after the antique titled Faun with Infant and marked “Chiurazzi-Napoli”, six feet tall, gifted to a museum in 1928, brought $10,000.

Nye & Company Auctioneers will conduct an Estate Treasures Auction, online and live at the Bloomfield gallery, on Wednesday, March 14th. The catalog will be up and online February 28th. “The sale is already shaping up to be an exciting and eclectic group of works that will be sure to capture the interest of the collector, trade, interior designers and even institutions,” Mr. Nye said.

John Nye had a long and fruitful career at Sotheby’s before he and his wife, Kathleen, acquired Dawson’s in 2003 and started Dawson & Nye. With the move to Bloomfield seven years later, they renamed the business to Nye & Company (Auctioneers, Appraisers, Antiques). The firm is nationwide, but the vast bulk of the business comes from trusts and estates in the tri-state area.

For more information about Nye & Company Auctioneers and the firm’s Estate Treasures Auction slated for Wednesday, March 14th, please visit www.nyeandcompany.com. The catalogue for the sale will be posted online, at nyeandcompany.com, starting February 28th.