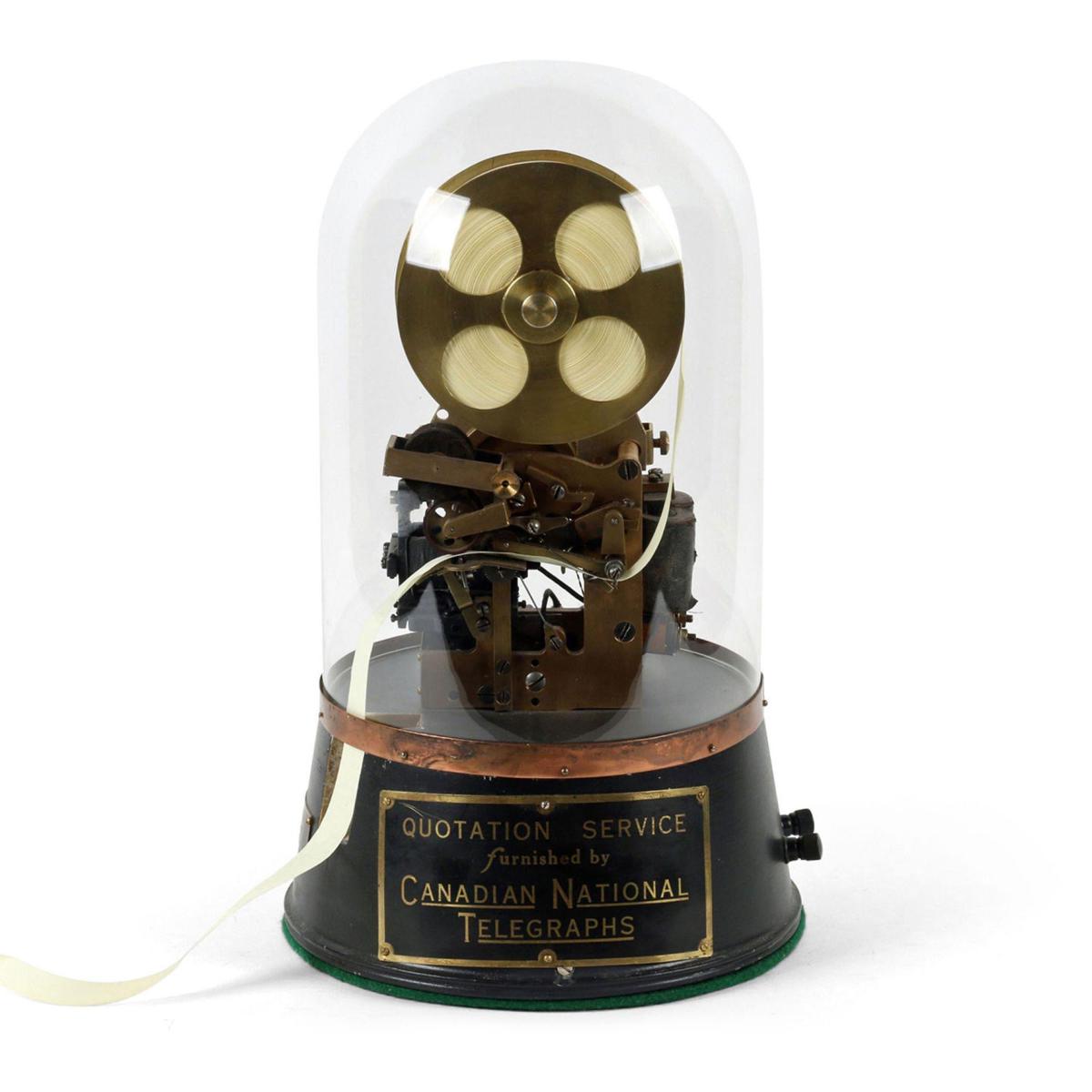 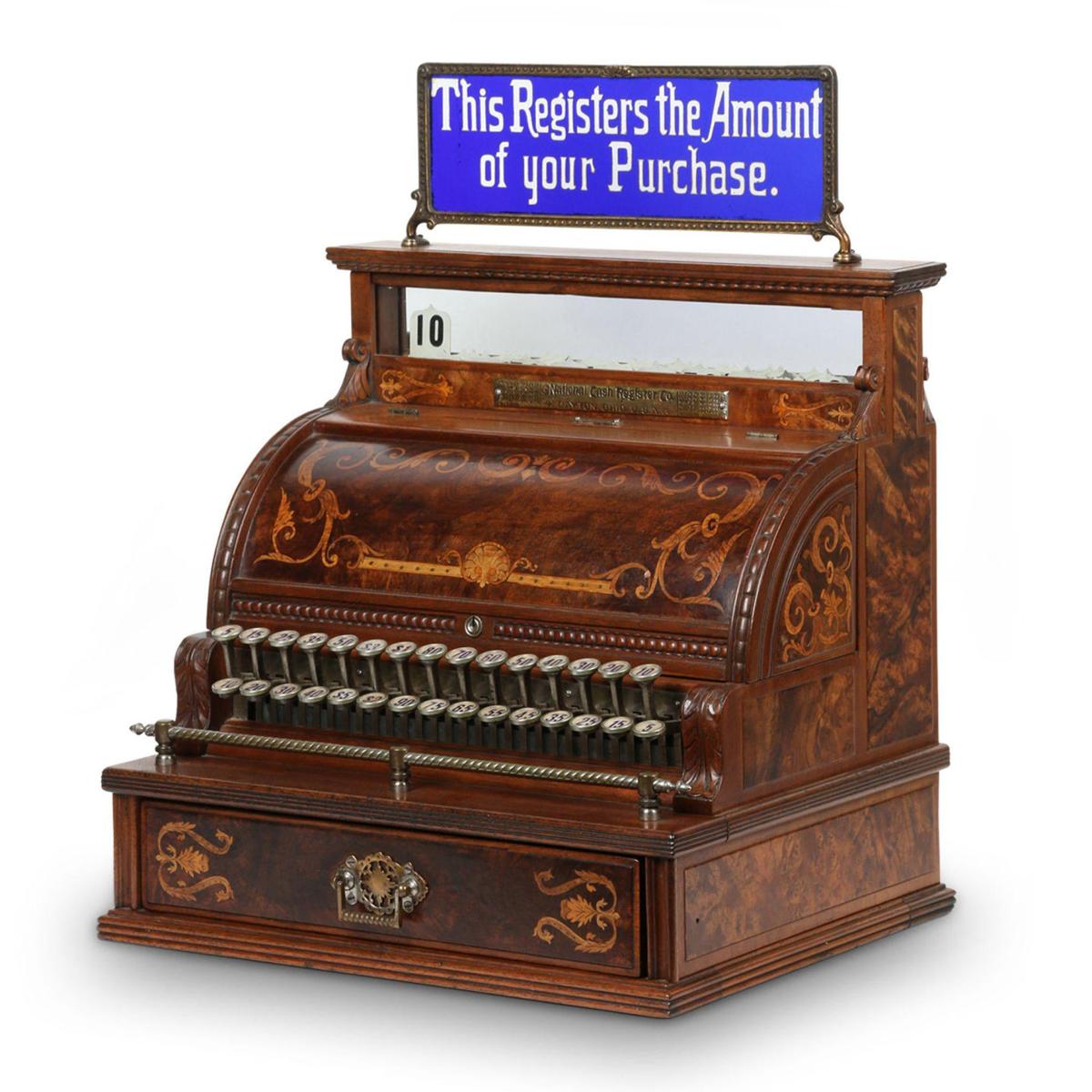 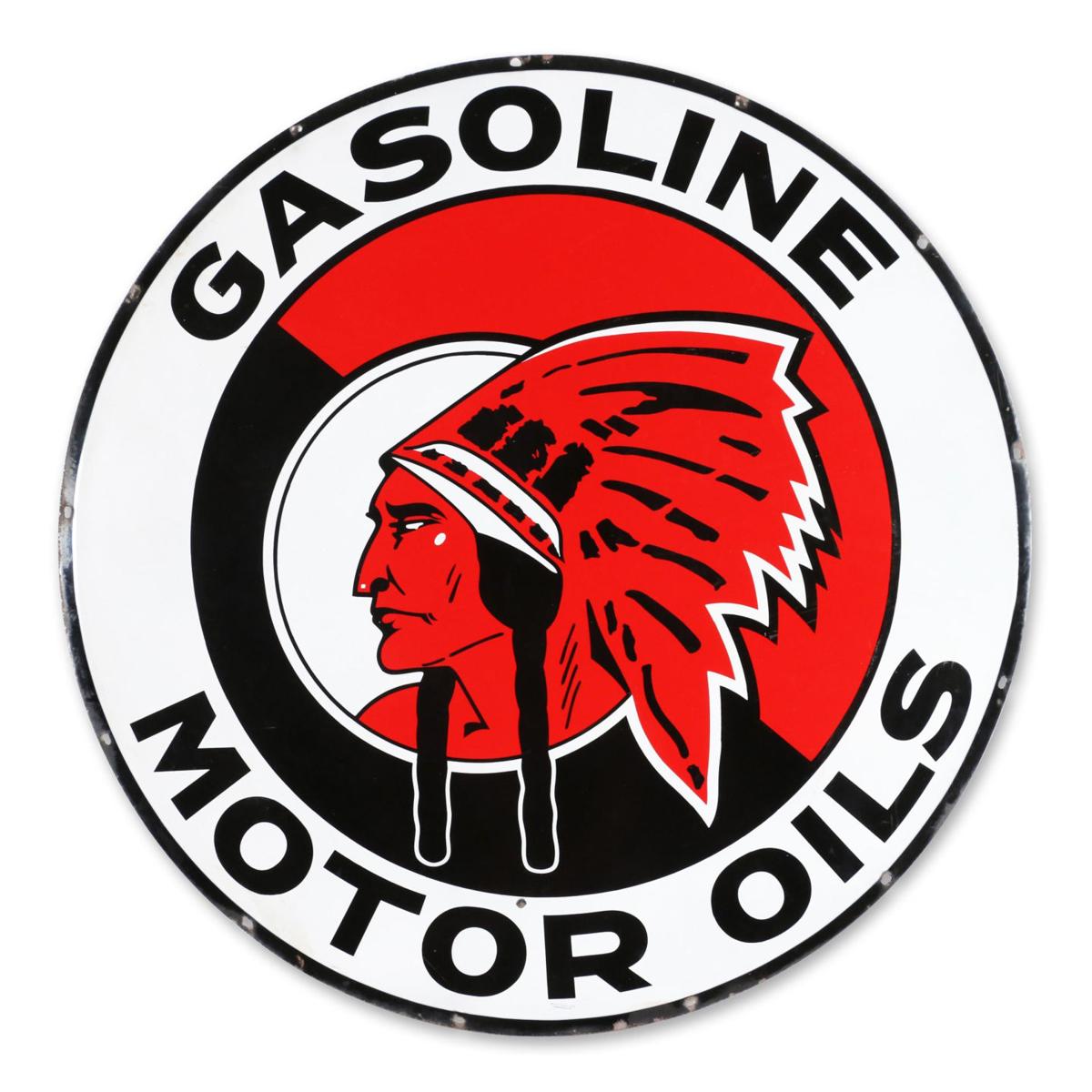 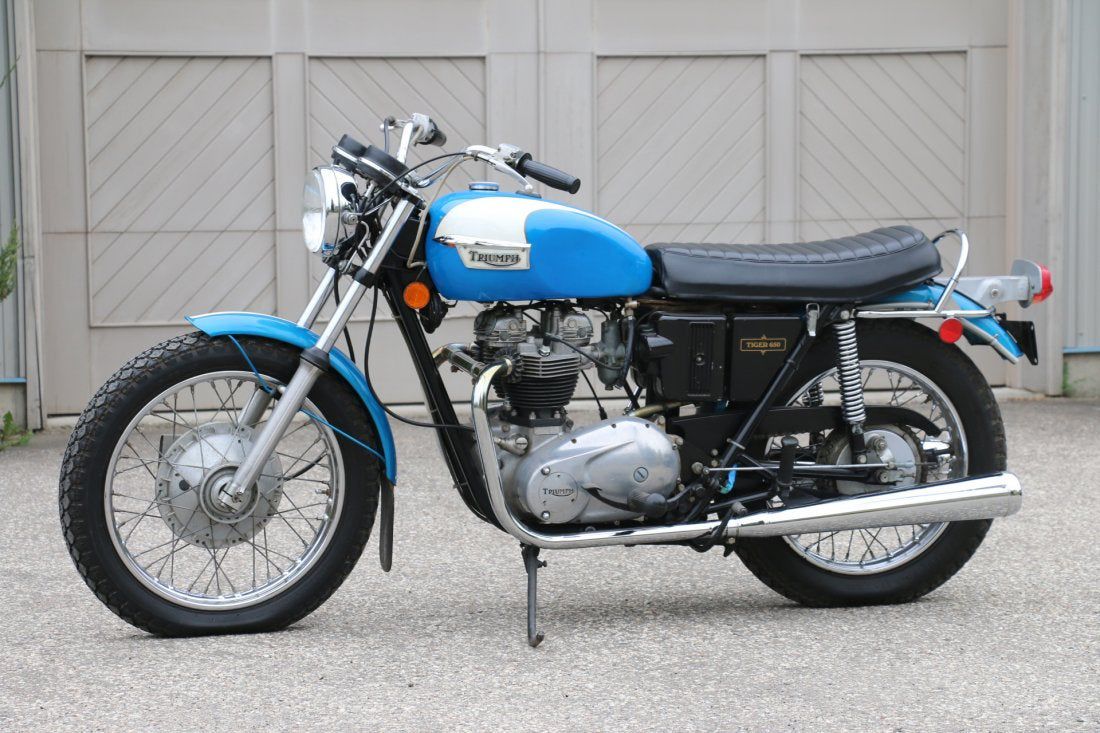 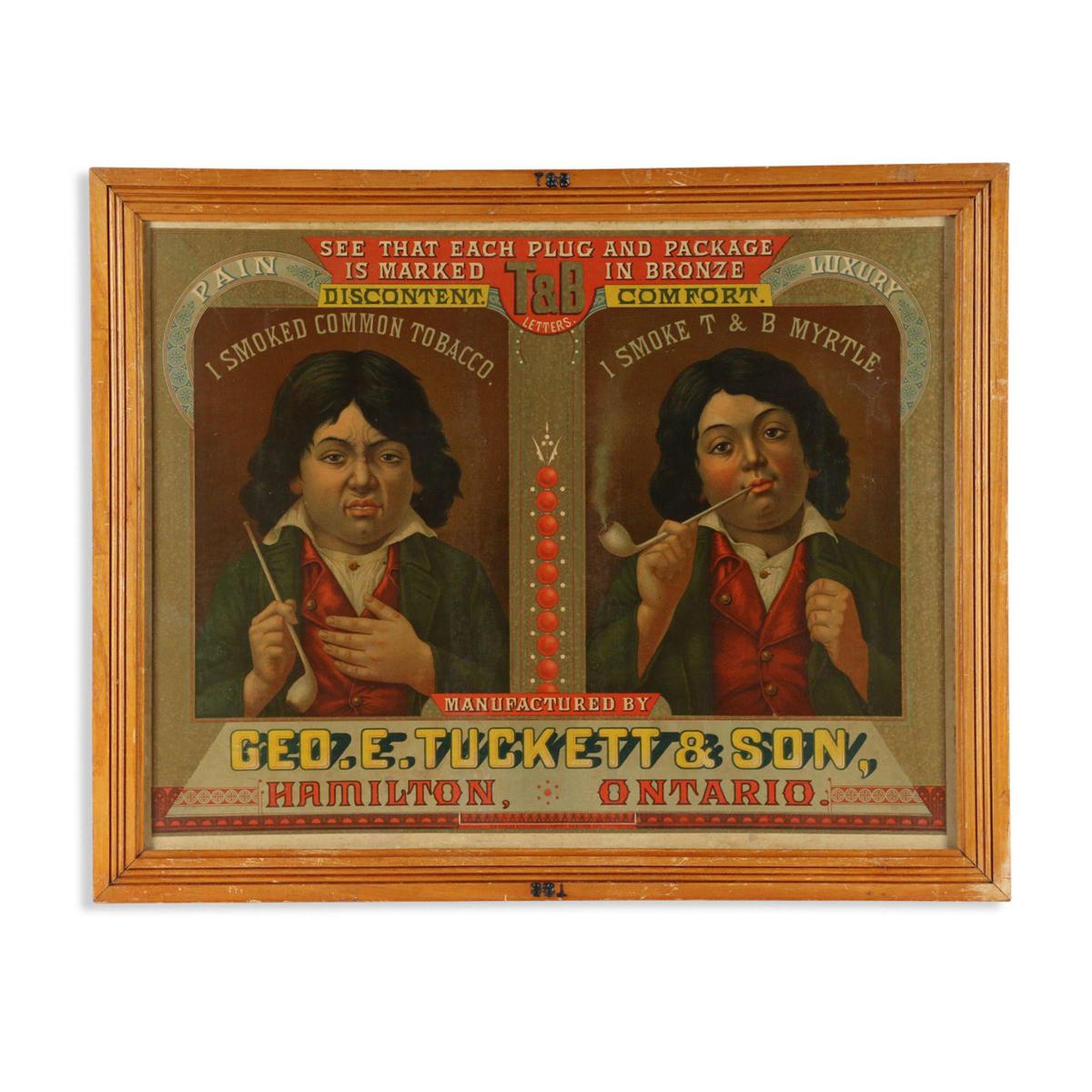 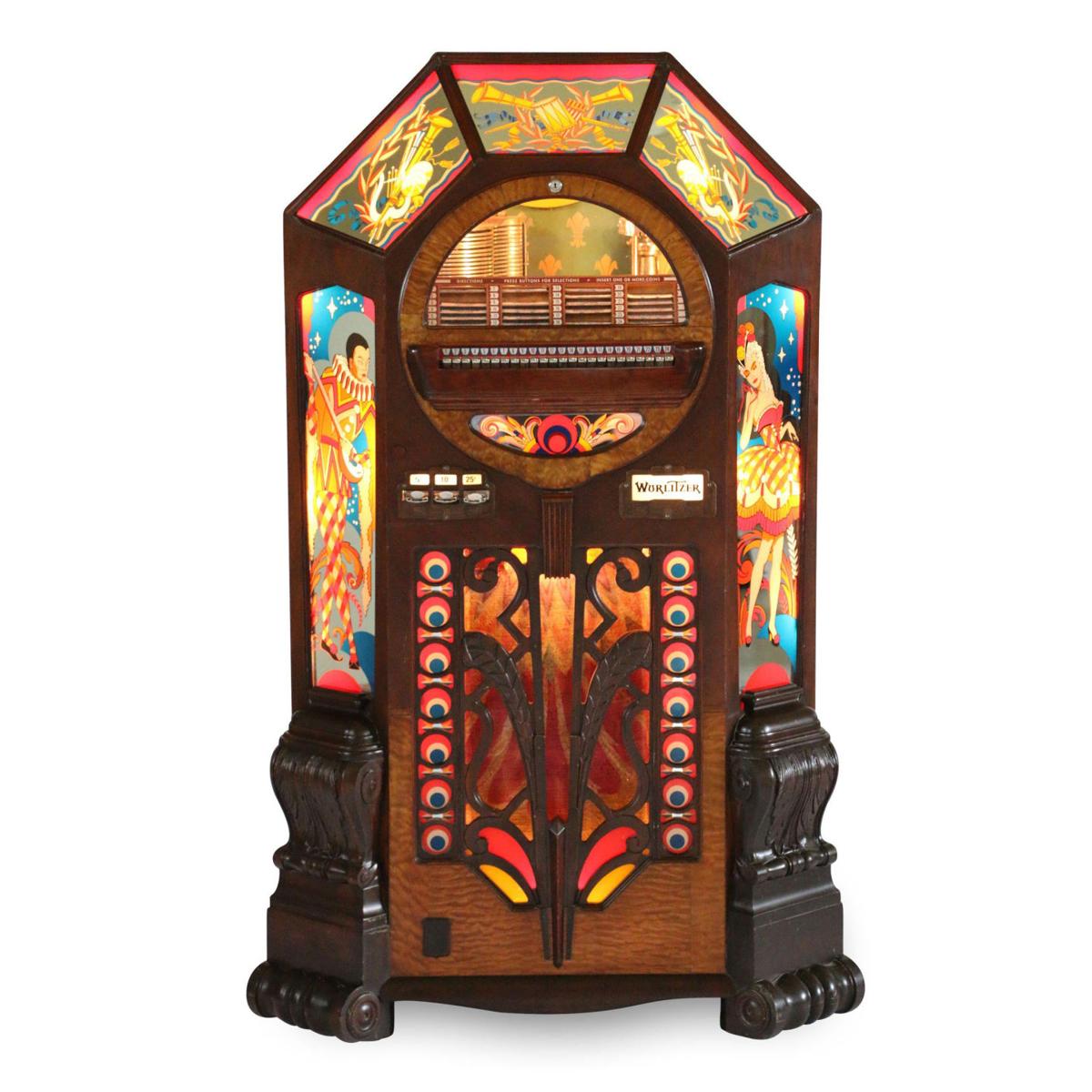 Wurlitzer “Victory” jukebox from 1942, professionally restored and serviced, 65 ½ inch tall, an Art Deco masterpiece and one of Wurlitzer’s most recognizable models (CA$6,900). 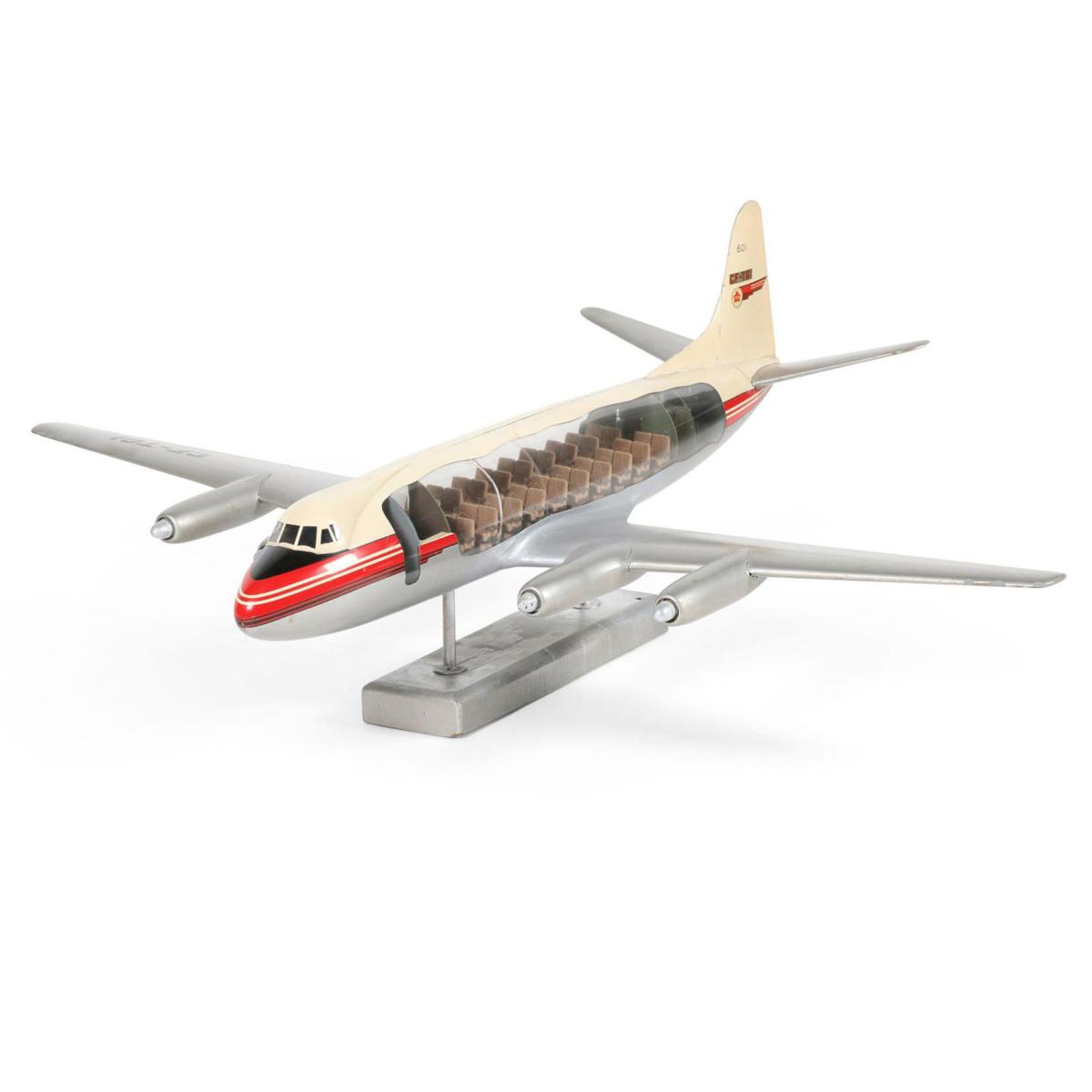 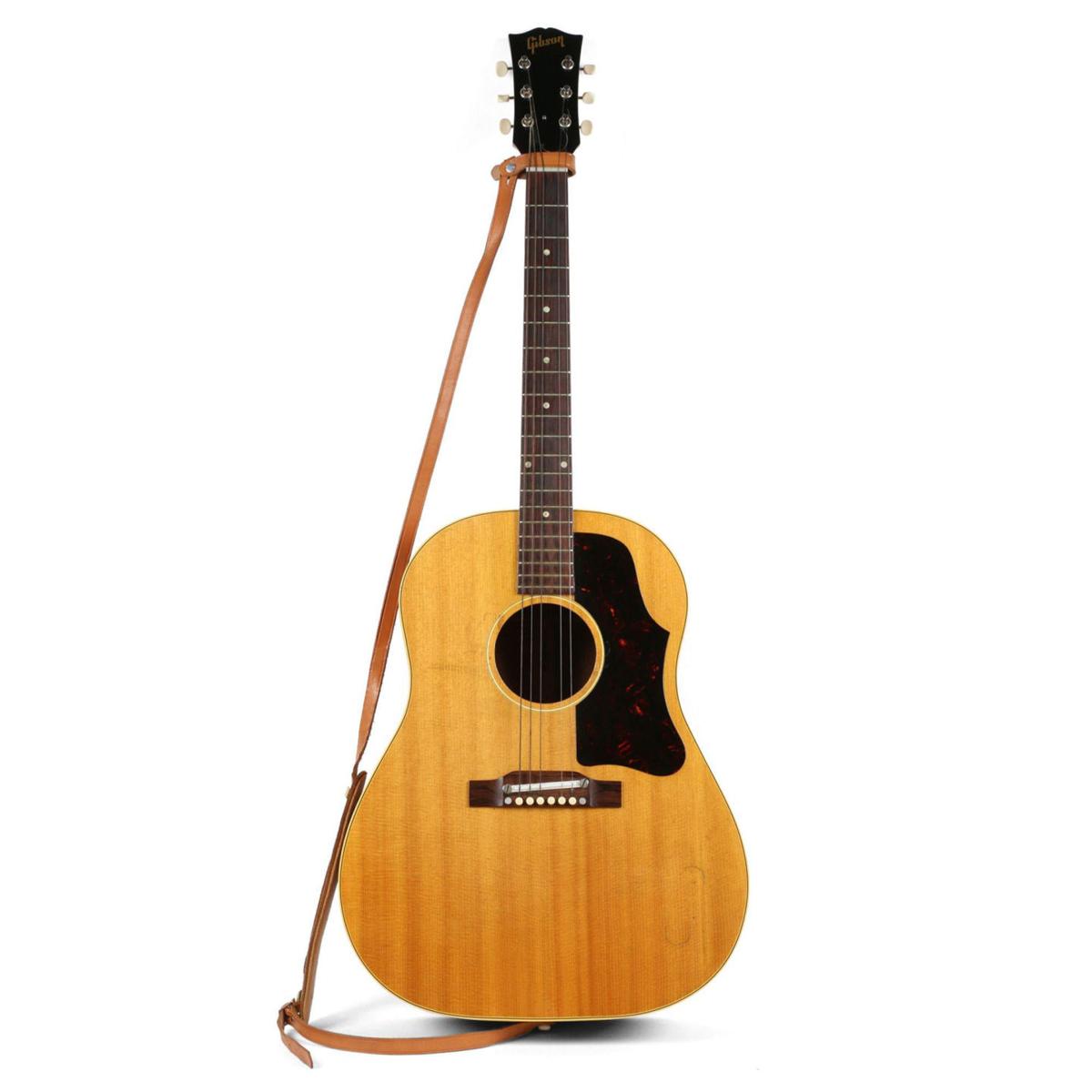 Wurlitzer “Victory” jukebox from 1942, professionally restored and serviced, 65 ½ inch tall, an Art Deco masterpiece and one of Wurlitzer’s most recognizable models (CA$6,900).

A rare antique printing telegraph invented by John Burry, made by The Stock Quotation Telegraph Company of New York and used in the early 1900s by Canadian National Telegraphs sold for $11,800 at a Mantiques! auction held September 14th by Miller & Miller Auctions. Ltd., online and in the New Hamburg gallery at 59 Webster Street.

The American-made stock ticker, complete with correct base and glass dome, was patented in the 1890s and was the top lot of the auction, barely nosing out a National Cash Register Company (Dayton, Ohio) Model 3 cash register, also from the 1890s, which brought $11,500. The register had a rare, cobalt cut-to-clear glass-top sign, burled walnut sides and rear panels and the correct key. A label on the underside indicated it was shipped to a J. A. Banfield in Toronto, Ontario.

It was Miller & Miller’s second Mantiques! auction, and it was just as successful as the first, as 175 people attended in person and hundreds more bid online in a sale that grossed $373,516 (all figures quoted are in Canadian dollars). Men, and the women who love them, turned out in full force. It was a one-stop shop for anyone looking to equip their man caves in style and fashion.

“Rarity and historical significance are the main factors that drive value,” said Justin Miller of Miller & Miller Auctions, Ltd. “We often bring select lots to shows to promote our upcoming auctions.  The items that generate the most discussion at these events are often likely to generate bidding action on the block as well.  People want conversation pieces - things others don’t have. They’re usually willing to pay dearly for these pieces. We’re more than happy to offer them up.”

Following are additional highlights from the auction. All prices quoted include the buyer’s premium.

A 1930s-era Red Indian porcelain dealer sign, 5 feet by 5 feet and among the most sought-after dealer signs in Canadian gas and oil, gaveled for $8,850. The sign, retaining a virgin luster, was signed, “The F. Vilas Co., Ltd., Cowansville, P.Q.” Also, an Oldsmobile two-sided porcelain car dealer sign, made in America in the 1950s and also measuring 5 feet square, brought $4,720. The sign, exhibiting excellent color and gloss, was free of restoration and only had a few minor chips.

What man cave is complete without a vintage car, truck or motorcycle parked outside? A 1971 Harvester International pick-up truck, D-Series 1010, repainted and with a reupholstered interior, 304 ci V-8 engine, manual steering and brakes, roared off for $9,200; while a 1972 Triumph “Tiger 650” motorcycle, an all-original survivor with 3,266 miles, knocked down for $7,080.

A 1942 Wurlitzer “Victory” jukebox – an Art Deco form masterpiece and one of Wurlitzer’s most recognizable models with stunning carved pedestals, burled veneers and carved feathers forming a “V” on the grille, changed hands for $6,900. Speaking of music, a 1958 Gibson J-50 natural acoustic guitar, made in America with a spruce top, mahogany backs and sides, in the original fitted case, with the original adjustable bridge saddle as an option, commanded $4,130.

A Canadian, circa 1890s Tuckett T&B “Two Boys” framed lithograph – one of only two known and a spectacular example of early chromolithography featuring “two boys” with expressions of “pain” versus “luxury” in smoking other brands as opposed to T&B, made $5,750. Also, a 1930s oil on board painting by Homer Ransford Watson (Canadian, 1855-1936), in one family since its original purchase in December 1935, signed lower left and in the original frame, rose to $5,310.

A rare McCormick’s figural truck biscuit tin, made in England for the Canadian market and meant to be used as a toy after the contents were consumed, earned $4,800. The panels on either side promoted McCormick’s “Oven-Kist” biscuits and “Jersey Cream” sodas. Also, a 1940s-era Canadian Goodyear Tires single-sided porcelain sign, showing exceptional deep color and high gloss, 72 inches by 24 inches and unrestored, with just light surface scratches, brought $4,600.

Finally, a large-scale Trans-Canada Viscount cutaway model airplane, 1:24 scale, featuring a transparent acrylic body that allowed someone to view the cabin and cockpit, landed safely for $9,000. The model plane, 47 inches in length, would have been on display in an airport lobby or corporate office, with features that included upholstered seats, luggage and even a rest room.

Miller & Miller has several exciting auctions planned through the end of the year, also online and in the New Hamburg gallery. They include the following:

Miller & Miller Auctions is Canada’s trusted seller of high-value collections and is always accepting quality consignments. The firm specializes in watches and jewelry, art, antiques and high-value collectibles. Its mission is to provide collectors with a trusted place to buy and sell.

To consign a single piece, an estate or a collection, you may call them at (519) 573-3710 or (519) 716-5606; or, you can send an e-mail to info@millerandmillerauctions.com. To learn more about Miller & Miller Auctions and the upcoming auctions, visit www.MillerandMillerAuctions.com.