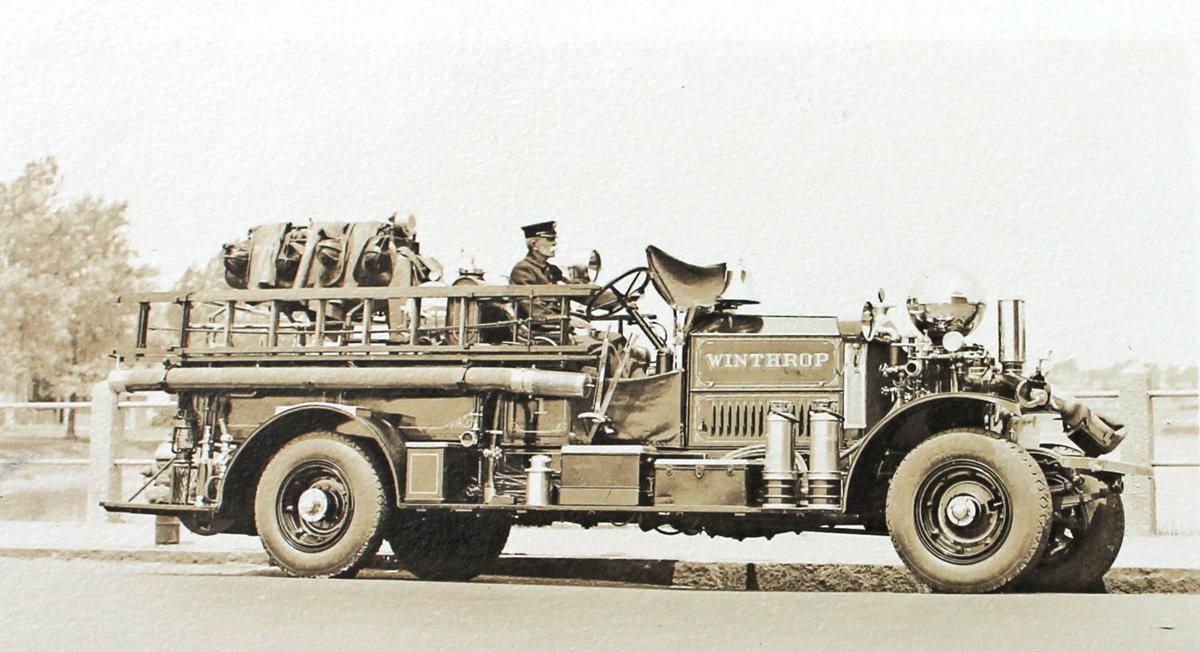 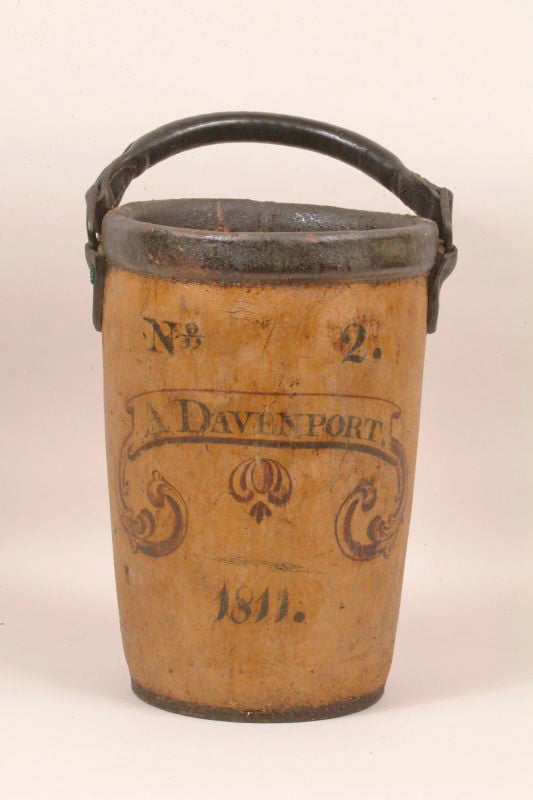 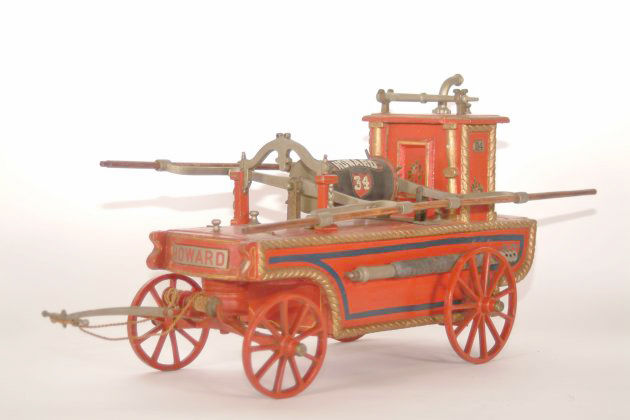 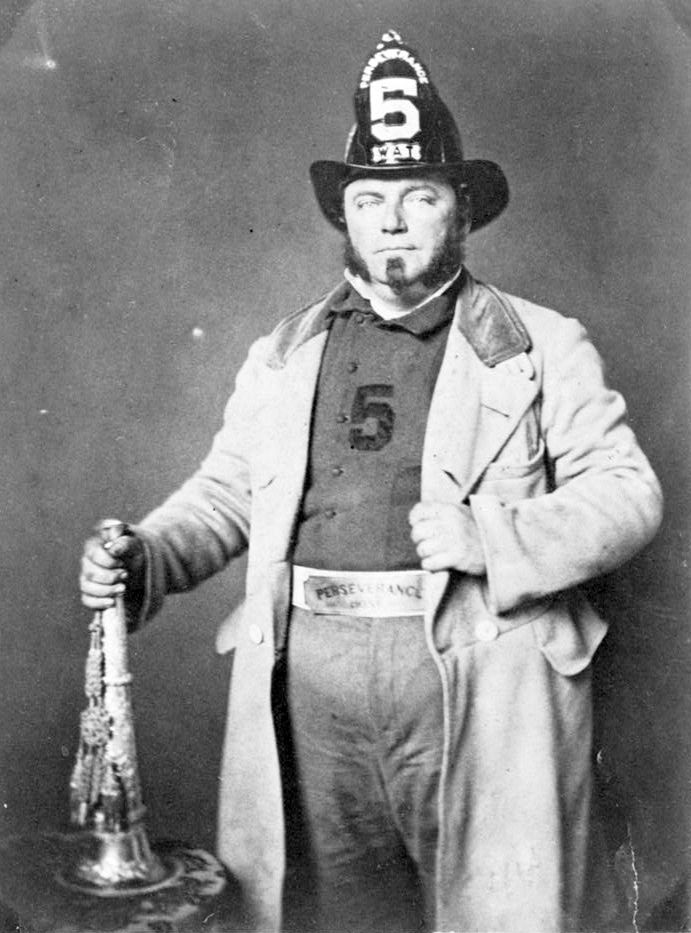 The history of firefighters and fire fighting in general, can be traced back to the 3rd century when Marcus Licinius Crassus, an entrepreneurial-type fella brought together a team of over 500 firemen who were ever at-the-ready should a fire break out. While the fire raged, Crassus could be seen deep in negotiations with the property owner to come to a mutually acceptable and agreeable price for securing the services of his men.  If a deal was struck the men got to work tending to the fire; if not, the structure was left to burn.

In the U.S. firefighting recorded history dates back to the first colony settlement in Jamestown, VA, in 1608. In January of that same year a raging fire destroyed nearly all of the colonists’ food and homes.  Captain James Smith, overseer of the colony, has been quoted as having this to say after surveying the damage: "I begin to think that it is safer for me to dwell in the wild Indian country than in the stockade, where fools accidentally discharge their muskets and others burn down their homes at night."

As more and more ships full of immigrants arrived in America, eager to begin their new lives, small settlements swelled into large and densely populated cities, particularly in harbor areas like Boston, New York and Philadelphia. As the population grew the cities were faced with sanitation, water and housing issues. The combination of too-close housing, thatched roofs and wooden chimneys was a recipe for disaster as a single fire could destroy entire neighborhoods. In 1631, a law was enacted banning thatched roofs and wooden chimneys.  In 1648, the New Amsterdam (later renamed New York) Governor appointed fire wardens to inspect all chimneys and to levy fines against those properties that violated the 1631 law. Taking it one step further to help insure fire safety, he appointed 8 prominent men of the city to patrol the streets and neighborhoods at night.

These men carried with them large wooden rattles which they would shake to alert residents to a fire and then set about organizing residents into bucket brigades.

This team of 8 men were dubbed the "Rattle Brigade."

In the early days putting out fires was primitive at best.  The first response of community members would be to form "bucket brigades"--neighbors around the fire would toss buckets into the street so that volunteers could fill the buckets with water from a well or nearby water source and pass it forward to each successive man, woman or child down the line. These buckets, most of them leather, were required by law in many communities. The buckets would be personalized with the name and address of the owner so they could be returned after the fire. Fighting fires one bucket of water at a time was a lesson in futility, but oftentimes it allowed for enough of a fire break to allow property owners or firefighters to get inside and retrieve household belongings.  The one item that was salvaged before anything else?  The bed. Because it was made of hand carved and joined wood it was considered valuable and irreplaceable.  The bed key, a tool made of forged metal, was an indispensable tool to quickly disassemble pieces of the bed so that it could be carted outdoors quickly.  Any other items that could be salvaged were tossed into specialized bags called "salvage bags" that firefighters then heaped into a pile so that the property owner could retrieve them on his or her own.

In 1676, Boston faced a series of arson fires which culminated in a massive fire causing extensive damage.  Shortly thereafter, Boston ordered what was touted as a "state-of-the-art" fire engine from England. The engine, small in size, consisted of a wooden box with carrying handles measuring 3 feet long by 18 inches wide and had a direct force pump and small hose.  The tub-like section was filled by the bucket brigade.  In 1678, twelve men were hired and paid by the General Court to maintain the engine.  The captain of these men, Thomas Atkins, was the first firefighting officer in the U.S. Two new water pumping engines arrived in New York in 1732.

In 1736, Benjamin Franklin, drafter of the Declaration of Independence, inventor extraordinaire and volunteer fireman, founded the "Union Force Company" in Philadelphia--the first volunteer fire company in Philadelphia.  It was in this same year that fire insurance was introduced, but quickly went bust after the extensive claims due to a fire in Charlestown, Massachusetts.  In 1740, Mr. Franklin stepped in again, creating the "Philadelphia Contributorship" to insure homes from fire claims.

The company created what were known as fire marks to be attached to the front of all insured property owners which could be easily identified by fire fighters. Homeowners who chose not to purchase fire insurance risked having their homes burn to the ground as firefighters were both hesitant and reluctant to attend to the fires of the non-insured as they wouldn't be paid for doing so.

In 1818, America saw its' first known woman firefighter--Molly Williams of New York.  Molly was a slave of volunteer firefighter Benjamin Aymar with the Oceanus Engine Company #11.  During a blizzard, when all male firefighters were unavailable due to an outbreak of influenza, Molly dragged the water pumper through the snow to the fire. For her efforts she earned the nickname "Volunteer No. 11." Another woman "firefighter" of note was Lillie Hitchcock Coit.  Ms. Coit had a reputation of pushing the boundaries of conventional norms. "Firebelle Lil" as she was nicknamed, smoked cigars and enjoyed gambling--oftentimes dressing like a man to gain access into the male-only gambling establishments.

She was fascinated by firefighters and in 1858, at the age of 15, she assisted Knickerbocker Engine Co. No. 5 as they responded to a fire on Telegraph Hill in San Francisco, assisting them to get up the hill ahead of the other competing engine companies. For her efforts she was treated as a somewhat "mascot" of the firefighters and in 1863, she was made an honorary member of the engine company. She rode along with the firefighters when they got a fire call, visited them when they were ill, attended their funerals and was actively involved with firefighting throughout her adult life. Upon her death she bequeathed a third of her estate to the city of San Francisco which helped to erect a statue of three firefighters on the northwest corner of Washington Square Park in San Francisco. Her ashes, contained in a mausoleum, are surrounded with firefighting-related memorials.

Today, antique and vintage firefighting memorabilia is in high demand. Anything from cast iron toys depicting horse drawn fire engines to badges, fire extinguishers, decorated leather buckets and photographs of firefighters in uniform or firefighting scenes are collectible. I expect prices to keep rising for these one-of-a-kind items.

Much has changed in over 400 years of firefighting history, but one thing remains constant--the dedication of these brave men and women to save lives and save property at all costs, even to their own lives.  Each and every one of them, whether they are professional firefighters or volunteers are truly the unsung heroes of the day.  I think many of the readers would agree that we owe these amazing individuals our deepest gratitude and thanks.