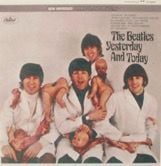 Then why are vinyl records, once thought dead, now re-surging. According to Katherine Peach of Hare’s Breath Records in Catonsville MD, vinyl is not just hot with millennials; it’s pretty strong among all generations. For the first time since 1986, vinyl records are expected to outsell CD’s. What in the world is happening? Is it all industry hype and fake news? Or is there something more to it?

Personally, I can’t detect a difference in sound between vinyl and CD’s, but the younger generations claim they can. Perhaps it’s my 69-year old hearing? Or perhaps I just haven’t bought-into the industry promotion and media hype.

Vinyl enthusiasts claim that there are many advantages to vinyl over other recorded media.

• Some people are attracted to the LP format and size.

• Some songs and artists are only available on vintage vinyl.

• Some people like to decorate their living area with the graphics of framed vinyl covers.

• Some people like the booklets, inserts, lyrics, notes, posters, and other special treats that come inside the album cover.

• Some people enjoy the thrill of opening a new album and removing the physical album as well as the inside contents.

• And yes, some people believe that vinyl actually sounds better than CD’s.

But detractors also claim that there are disadvantages to vinyl as well.

• Vinyl can be pricier than CD’s.

• Vinyl scratches fairly easily. I know from experience when I scratched more than my fair share of records during the 1960’s.

• Vinyl is heavier and requires more storage space. Have you ever tried to pack and move 500-1000 records? It isn’t easy.

• You can’t play vinyl in your car, which is one major reason why vinyl evolved into 8-Track and Cassette Tapes nearly 50 years ago.

According to Auctioneer Kevin Smith of KDS Auctions, who sells a lot of records in his in Allentown PA Auction Gallery, “People today are not necessarily buying records to collect, but rather to play”. A “Record Collector” may break the album seal, play it once to confirm condition, and then put it away and never play it again. But most people are buying vinyl today to play over-and-over again while enjoying the superior sound.

According to Katherine Peach, Vintage Blues, Jazz, and 1960’s Rock can be good selling records, but don’t expect to supplement your retirement much with Polka, Broadway, Classical, or Don Ho Hawaiian albums.

Like it or not, vinyl appears to be back, at least for the time being. Will it remain this time around? Time will tell. But for now dig out those vintage oldies that you used to groove on in the late 1960’s-early 1970’s … go to www.Discogs.com … . (DisCogs is the eBay of buying & selling vinyl records). and research the value of what you’ve kept. You may be pleasantly surprised.

WHAT’S IT WORTH? According to Kevin Smith, the album cover is hugely important to value. Consider the 1964 Beatles “Yesterday and Today” album.

• It was first released with the “Butcher” cover, which pictured the Beatles among some mutilated dolls.

• And there were also other pressings of this same album in 1964, with different covers

An original Butcher cover in mint condition has sold for $42,000. A replacement cover has sold for as much as $4,000. While later 1964 releases of the same album with different covers, may sell for $150. That’s quite a spread for the same album. And then there’s the Butcher cover, signed by all four Beatles, that recently sold for $234,000 at Auction. What a difference a few signatures can make.

Mike Ivankovich is an Auctioneer, Appraiser, Home Downsizing Expert, and host of the “What’s It Worth? Ask Mike the Appraiser” Radio Show. Now in its 6th year, “What’s It Worth” airs live in the Philadelphia PA area on Friday mornings from 9:30-10:30 AM EST on WBCB 1490 AM, and on the Internet at: www.WBCB1490.com. You can also visit his Radio Show Web Site: www.AskMikeTheAppraiser.com If your local station doesn’t carry “What’s It Worth” tell them they need to add it to their programing mix. If you know anyone who needs any Personal Property Appraisal work, or if you need a Speaker for an upcoming meeting or event, call Mike at (215)-264-4304, or visit: www.michaelivankovichMEETINGSPEAKER.com