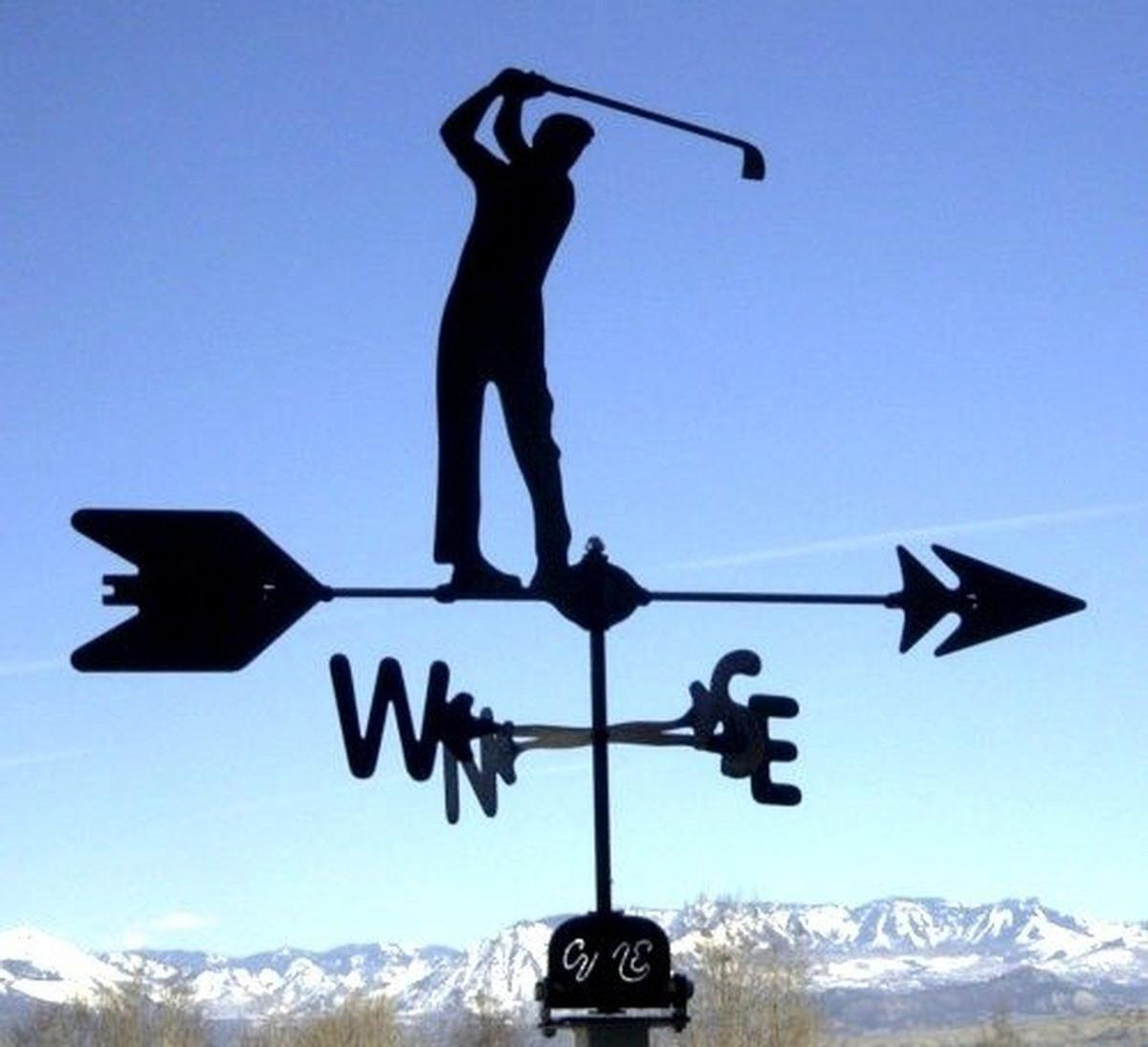 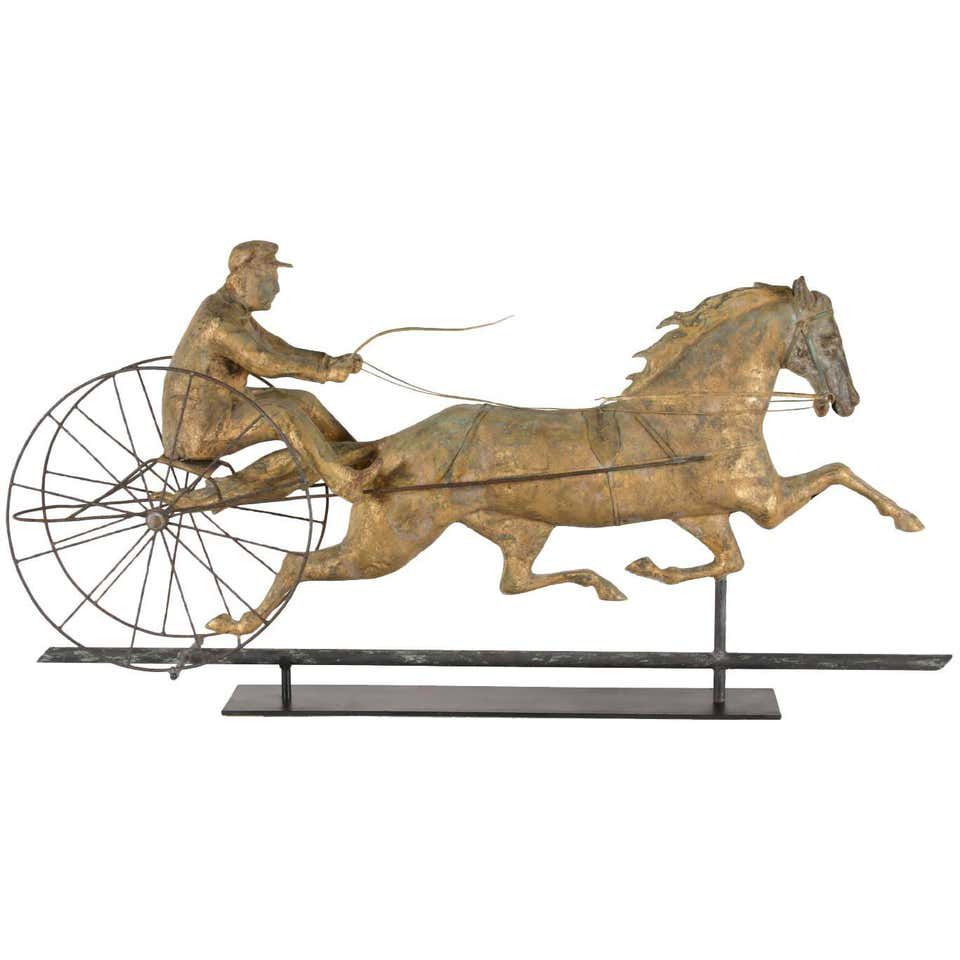 Collectors have never lost their fascination for weathervanes .They have never stopped being made. They were so popular during the 1970s Bicentennial that they were stolen from rooftops.

While prices for antique rarities can be thousands of dollars, vintage and recent reproductions are affordable. Pricey old discoveries still make auction appearances.

American Colonists introduced weathervanes to the new world, copying age-old European designs, often cut from flat wooden boards or sheet iron. Early designs were often religious. The rooster symbolized the cock that crowed three times when St. Peter denied Jesus. Another favorite was the angel Gabriel blowing a trumpet. Similar vanes were made during the 19th century, along with roosters and farm animals. However, among the most common was the leaping stag produced by almost by almost every 19th century manufacturer in copper and sometimes wood. Those made with antlers of solid metal were more durable than hollow antlers that broke off over the years.

By the early 20th century weathervanes changed from being utilitarian to decorative objects. They appeared on garages and public buildings. Depending on the quality, many made from the 1940s, 1960s are popular collectibles, often displayed as decorative accessories indoors. The more unusual the subject, the more popular the vane.

CLUES: Beginning collectors should be aware that by the late 19th century most weathervanes were mass-produced and sold in hardware stores or mail-order catalogs. You can browse through those catalogues in many libraries and marvel at the variety and the then low prices. They were made from two halves of molded copper and soldered together and were stamped the manufacturers name.

One of the makers of these mass produced vanes was J.W. Fiske. In those days they made copper vanes gilded with gold leaf for $25. A current dealer price for an 1860s/90s copper horse and driver is $25,000.

There are ways to tell where some of the American vanes came from. Farm animals and cocks came from agricultural communities. Seacoast towns used fish and sailboats. Occupational designs could be a locomotive on top of a train station. A woolen textile factory would have used a lamb or sheep.

Beware of damaged or repaired vanes covered by new gilt or paint. Values are much lower except for rarities. Another buyer beware are reproductions of silhouette vanes, made from old oil drums in Haiti.