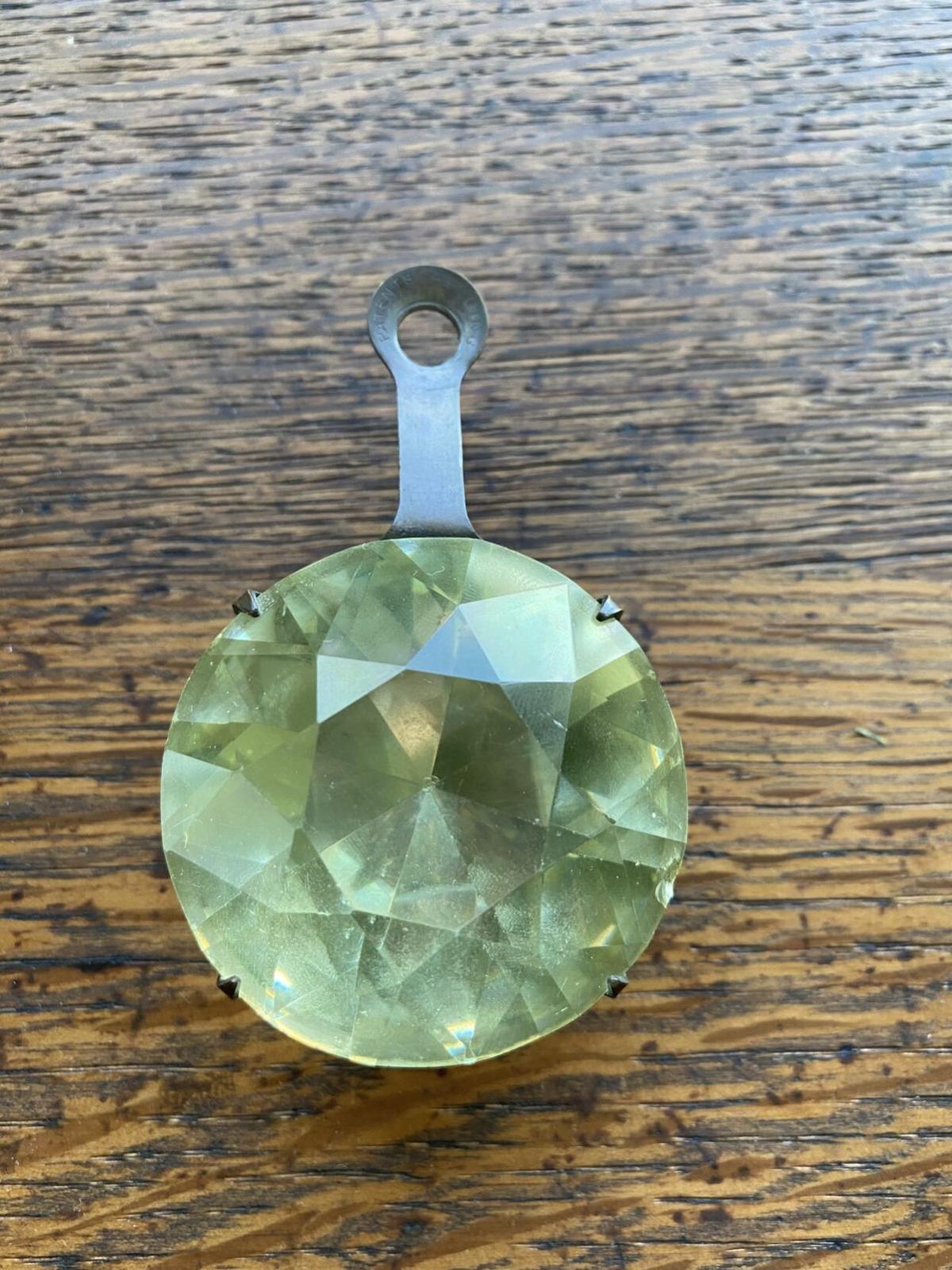 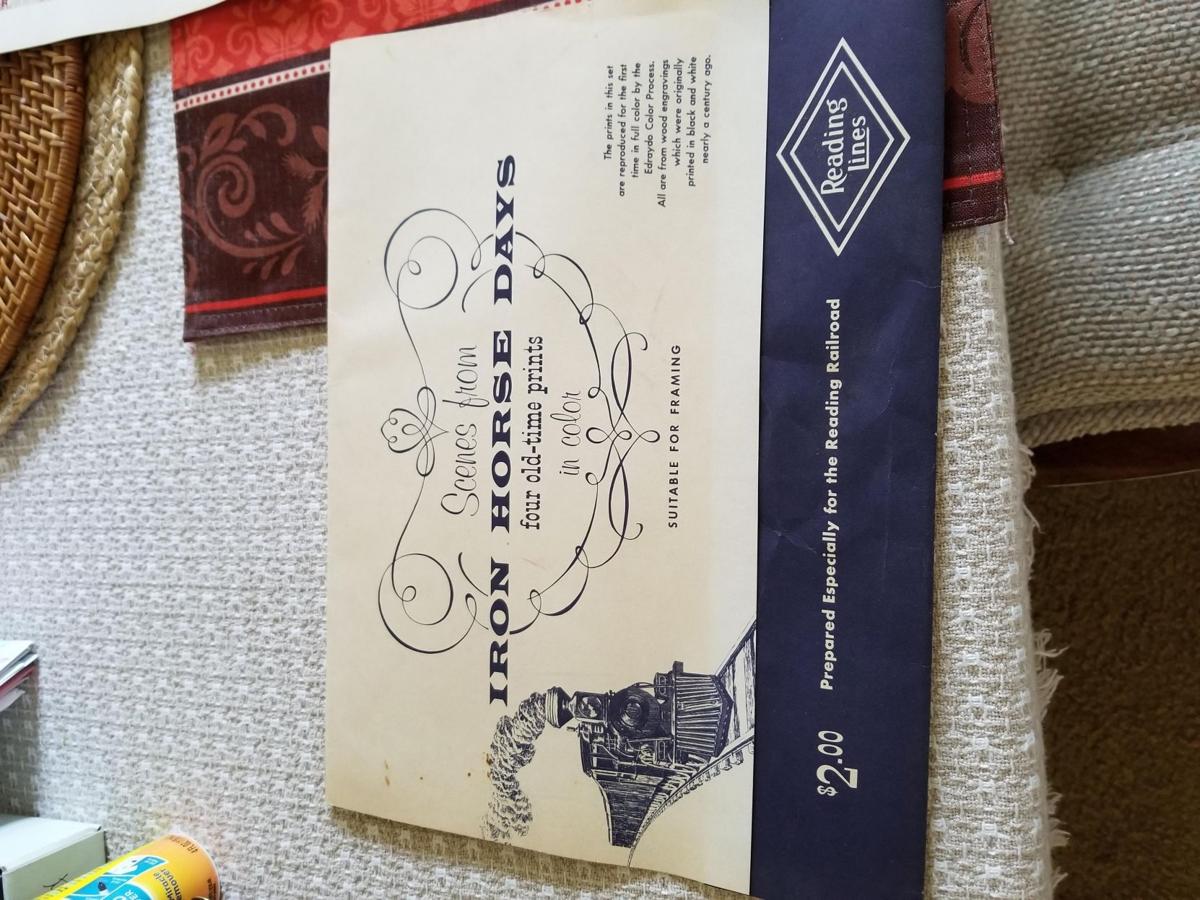 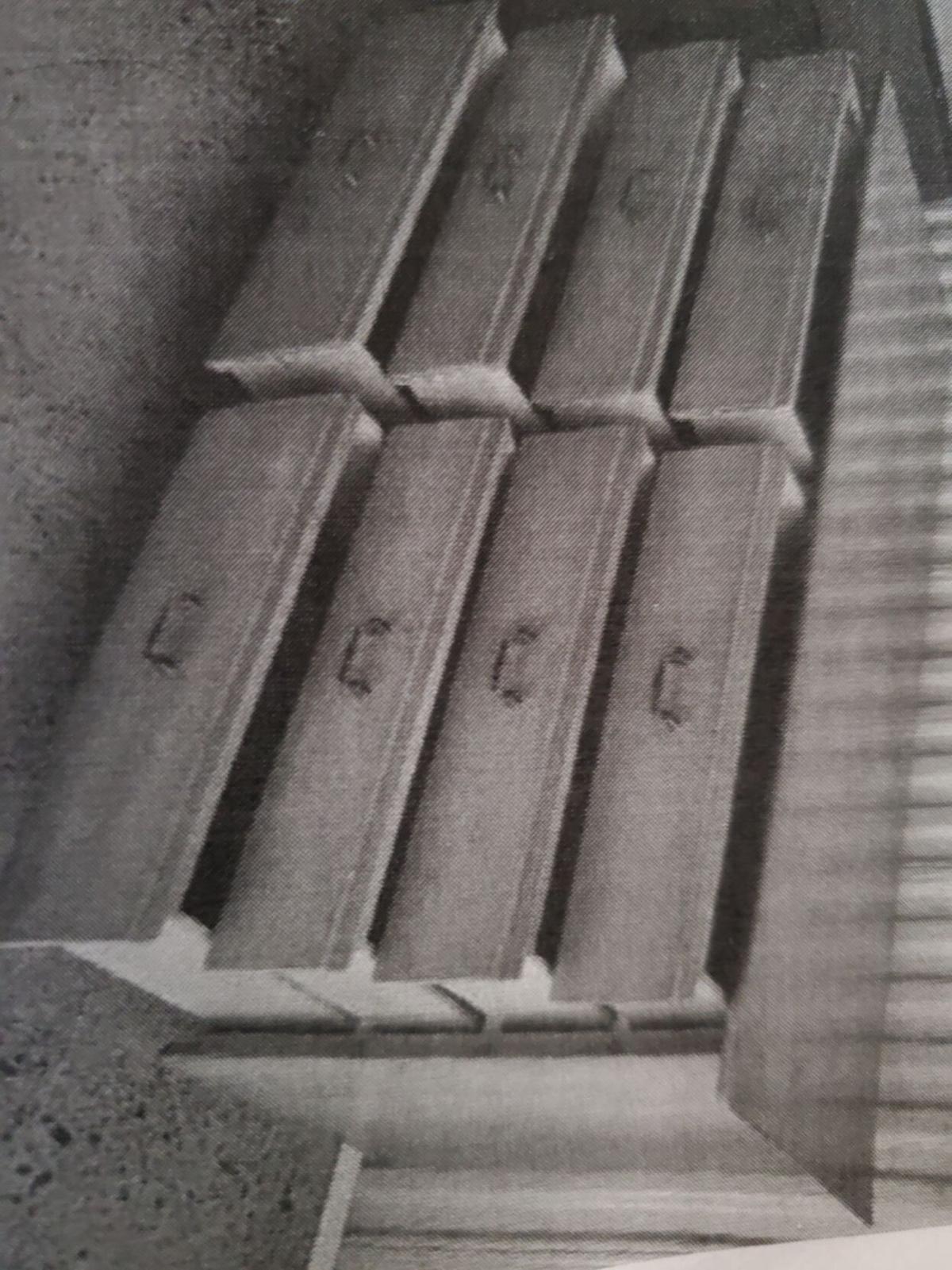 My husband and I acquired a pallet of miscellaneous items at an estate sale auction. In going through the material, we found a pale yellow, faceted glass stone that is 1 7/8” in diameter. The stone is mounted in a metal fame and marked on the back: “SAN/FRANCISCO/1915/JMMSW.” After researching the internet, this appears to be a Novagem from the 1915 Panama-Pacific International Exposition. I am interested in learning more about this item’s history and its potential value. – CR, Syracuse, Indiana

Architect Thomas Hastings of Carrère and Hastings designed a 345 feet tall combination triumphal arch and tower as the centerpiece for the 1915 Panama-Pacific International Exposition (PPIE), held from February 20 through December 4. It was located at the Scott Street entrance to the Exposition. Initially referred to as “the appellation of Jewels,” it quickly became known as the Tower of Jewels.

The tower was decorated with over 102,000 Novagems (faceted cut glass “jewels”) that hung over the building’s surface. The Novagems, created by Walter Ryan in Bohemia, came in a variety of colors and were mounted on brass hangers. They ranged in size from 3/4-inch to 2-inch in diameter. The gems had small mirrors behind them to further increase their reflecting ability and were hung in such a way as to allow them to swing with the breeze, thus causing a shimmering effect. The effect was enhanced at night with 54 searchlights scattered around the building.

During the Exposition, “Burning the Tower” was a special event. Using a combination of concealed ruby lights and pans of red fire located behind the tower’s colonnades, the Tower appeared to glow with a white heat that appeared strong enough to melt it.

The Tower was made of a combination of a burlap-like fiber and plaster over a steel and wood frame. It was demolished at the conclusion of the Exposition.

During the Exposition, new Novagems were sold as souvenirs. These usually have a small PPIE emblem on the back. The actual gems that hung on the tower were removed in advance of demolition and sold for $1.00 each. They often have small chips. A few are found with a dangling brass tag with an image of The Tower on one side and “certified” by Walter Ryan on the other. Some were turned into souvenir items such as cufflinks, pins, and spoons.

Walter Ryan brought 4,000 of the jewels to Chicago to be used on Chicago’s 1915 municipal Christmas tree, sponsored by the “Chicago Examiner” newspaper. The tree was located in Grant Park. Approximately 100 searchlights were directed toward the 90-foot tree. Forty additional colored lights were located beneath the tree.

Souvenir Novagems were accompanied by a box whose lid had a Tower of Jewels image. The initials on the back of your Novagem suggest that it was a souvenir purchase rather than an actual Novagem that hung on the tower.

There is a high collector demand for the 1915 Novagems, whether souvenir or from the tower. A WorthPoint.com search suggests the sell through price for individual Novagems ranges from $300 to $400, with some colors such as ruby selling for slightly more. The presence of the souvenir box adds 50 to 100 percent more to the price. Souvenir pins featuring Novagems average around $250.

Pale yellow Novagems do not appear to have as strong appeal as some other colors. My advice is to think conservatively. A fair, secondary market retail value is between $200 and $250, all-in-all not a bad value return on a mixed estate sale lot.

In perusing Craigslist, I came across a listing for an Empire Double Dresser with the following description: “Mid-century 8 drawer maple low dresser by Empire Furniture. Modern/transitional style. I believe the top is birch wood. Good Condition being structurally sound with a couple of chips and some imperfections on the top. All the drawers work well. // MCM, lowboy lowboy, Bureau, Chest of Drawers, Credenza, Media Console, TV Stand. // Size 54-inches W by 20-in in D x 33-inch T.” The seller, who is asking $350, is holding it for me for $300. What is your opinion? – RB, Email Question.

Since there are no fixed prices in the antiques and collectibles business, a fair price is one in which the buyer and seller are happy. If you feel $300 is a fair price, then pay it.

I would not. First, I have no need for such a dresser. Second, it is clear from the seller’s description that he is selling the double dresser for reuse and not as a piece of Modernist collectible furniture. The seller’s honesty is clearly indicated by his numerous suggestions as to how the double dresser might be used.

Although the Empire double dresser has a “Modernist” feel, it is aesthetically flat. It lacks the pizzazz of a designer piece. As a result, its value is reuse, the very message the seller clearly demonstrates in his description.

Fourth, the cost to repair the missing veneer, clearly shown in the seller’s images, far exceeds his asking price. There is no way to justify the cost.

In going through my father’s things, I found a portfolio of four prints entitled “Scenes from / IRON HORSE DAYS / Four old-time prints / in color” issued by the Reading Railroad in 1961. The scenes include: (1) Railroad Bridge Over The Schulykill River, Reading, PA; View of Quakake Junction, PA; (3) Lee’s Army Enters Wrightsville, PA, June 28, 1863; and (4) A Breakdown on the Road. I would like to sell the portfolio. What should I ask? – TB, Hawley, PA, Email Question

The issuance of giveaway premium print portfolios by a wide range of businesses such as insurance and pharmaceutical companies dates back into the 1920s. By the 1950s and early 1960s, the concept was widespread. The Reading Railroad was not the only railroad to offer print portfolios for promotional purposes. Most contained reproduction color photographs. A few featured colored historic prints. All claimed the prints were “suitable for framing.”

I did a quick search on WorthPoint.com using multiple search texts. Much to my surprise, I found no listing for your portfolio.

When I did an eBay search, I found several listings. The average asking price was between $10 and $15. Asking is not getting. WorthPoint.com only lists sell through prices. Apparently, none of the requests for $10 or more was ever accepted.

My suggestion is to list the portfolio on Craigslist in November with an asking price of $10. Of course, you could undercut the existing perceived market by asking $7 or $8. A buyer looking for an unusual Christmas gift should appear.