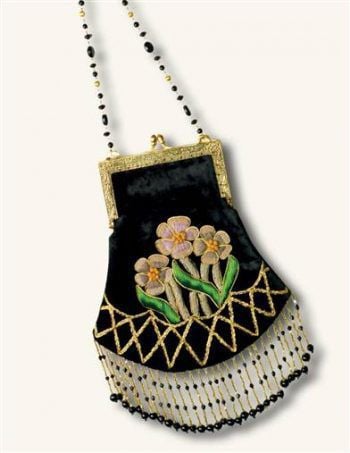 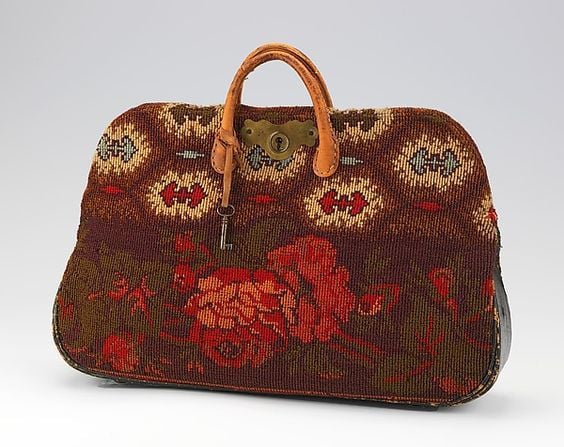 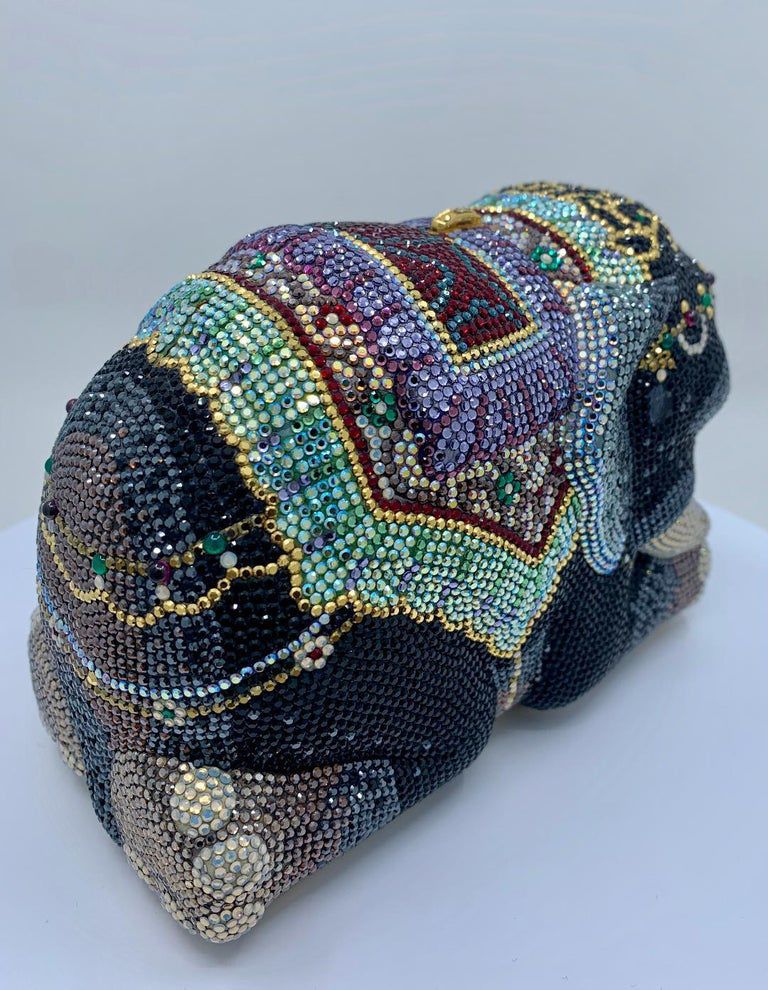 For some collectors purses are displayed like works of art. Others use their collections in a useable, practical way. How old does a purse have to be to be considered collectible? Surprisingly purses from the late 20th century can be expensive and eagerly sought .They often were influenced by the changing designs of the era such as Art Nouveau, Art Deco and mid-century modern.

Historically, the looks, materials and purpose of purses have changed since they were first used in the early 18th century. At the time they were brought back as souvenirs from the Middle East by European travelers. In an envelope shape they were made of silk with silver gilt embroidery. They are known as Constantinople. The name and date are embroidered.

The most elegant purses were those made in Europe from the late 1700s. They were embroidered with heraldic or floral patterns in silver, gold and pearls on expensive silks. Many techniques used colorful glass beads. They were sewn onto fabrics and integrated into knitted or crocheted bags. Fashionable ladies discovered delicate lace bags with such exotic motifs as exotic animals, flowers and berries. Embroidered bags were popular as gifts from the late 18th to 19th centuries. They often were made by schoolgirls and had embroidered inscriptions.

Victorian purses were as over-done as Victorian homes. They combined knitting, beading and crocheted techniques with exotic, floral and geometric designs in vivid and dark colors. Silver and gold accents were often added. Heavily beaded versions that look like a tapestry used up to a thousand beads per square inch.

After the Civil War carpet bags became a radical change from small decorative purses. They were made of power-woven Brussels carpet in large sizes. Patterns were generally floral. By the 1870s they were out of fashion.

In the 1920s and 30s metallic and beaded designs of the Art Deco era were carried as fashionable evening bags. Another innovation were the Lucite and plastic purses popular from the late 1930s through the 1970s.

Ever hear of “Moon” bags? They were “far out” pictorial handbags

Created in the 1990s/1997 by British designer Patricia Smith. They were made up of hand painted acrylic panels featuring portraits of women and reproductions of important works of art. There are serious collectors of these purses.

Probably the most expensive evening bags were created by Judith Leiber (1921-2018). They have been known as status symbols since they were first created by Leiber in 1963. What made them unique was that they were in various shapes from animals to flowers and encrusted with Swarovski crystals. Never mind that they could cost thousands of dollars. They were a “must” for first ladies and status conscious women around the world. They are still costly.

CLUES: There are reproductions of Victorian, Art Deco and carpet bags. Look for signs of wear and nylon linings.

The good news is that there are still discoveries to be made. To learn more contact The Antique Purse Collectors Society.