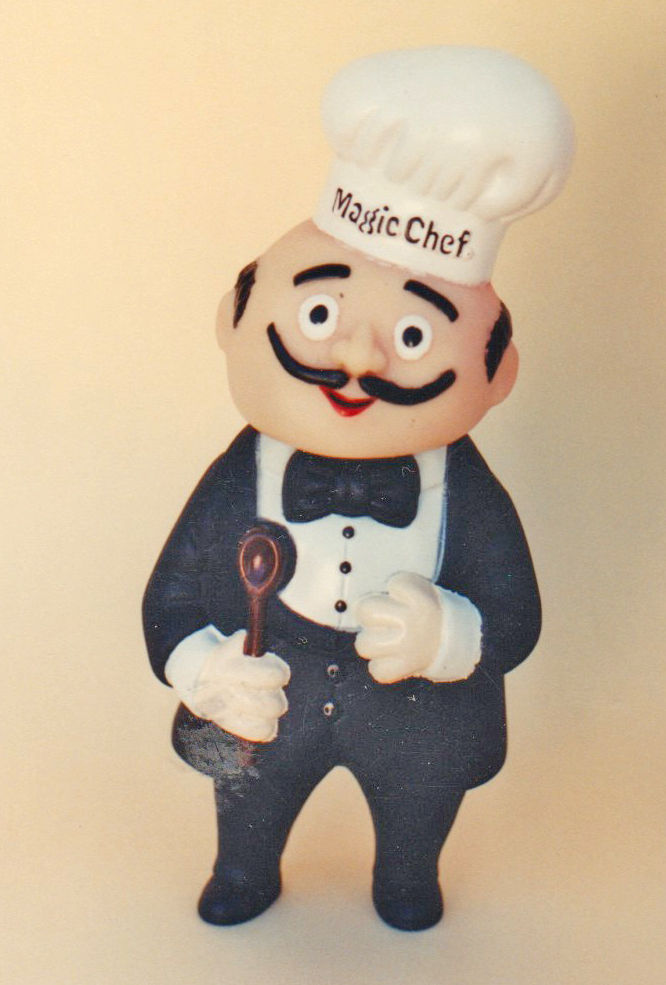 This Magic Chef bank, from 1960, is 7 ½ inches tall. Photographs by Mary Jane Lamphier. 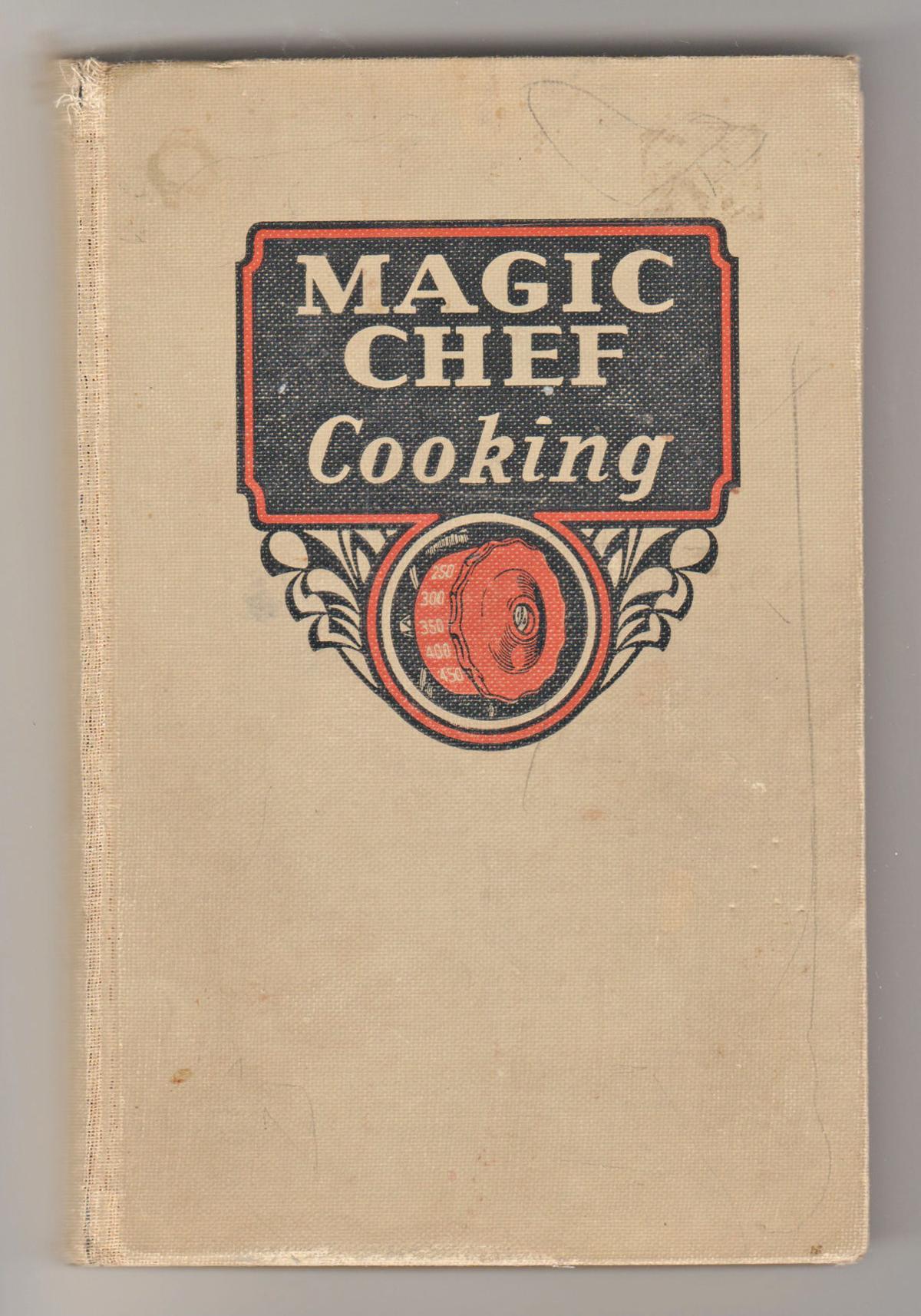 Magic Chef Cooking with the RED WHEEL was printed by KINGSPORT PRESS, Kingsport, Tennessee, hard cover, 5 by7 ½ inches.  There were ten editions from 1924 to 1933. The original cost $1. Private collection.

This Magic Chef bank, from 1960, is 7 ½ inches tall. Photographs by Mary Jane Lamphier.

Magic Chef Cooking with the RED WHEEL was printed by KINGSPORT PRESS, Kingsport, Tennessee, hard cover, 5 by7 ½ inches.  There were ten editions from 1924 to 1933. The original cost $1. Private collection.

In the 1920s and 30s, the Magic Chef stove was referred to as the “gas range with the famous RED WHEEL.” Actually the RED WHEEL was a Lorain heat regulator, the first thermostatic control to be placed on a gas range.

The homemaker had a new and wonderful modern convenience and with the help of Magic Chef Cooking, the days of “Burn and Learn” were over!

The recipe in Magic Chef Cooking, © 1924, were tested in the research kitchen of the American Stove Company in Cleveland, Ohio. No doubt the cook book was good advertising and the company believed in advertising. They promoted the Magic Chef stoves as, “The New Vogue in Cooking.”

Aggressive advertising continued with full page color ads, as long as the budget allowed. One ploy was the endorsement of a famous person. In the 1940s, they recruited the movie star cowboy, Roy Rogers, to help fight the “range wars.”  Roy Rogers was featured in “The Old Range Roundup” of 1941.  A brand new Magic Chef stove was offered to the person that brought in the oldest range.

The image of a chef, as a corporate logo, was invented by the American Stove Company advertising department in 1939. The character in formal attire, complete with a black bow tie, was included in all the ads. One memorable advertisement pictured Magic Chef riding a horse. (This was the Roy Rogers ad.) In fact there were three small logos on the bottom of the page with three Magic Chefs riding horses!

A short summary of the company chronology includes a name change in 1951. The American Stove Company became Magic Chef, Inc. Magic Chef, Inc. was sold to the Dixie Products Company in 1958 and in 1960  the company was once again named Magic Chef, Inc. This was the year that the company used the Magic Chef character banks as a promotion. The plastic banks are now rather scarce but easy to identify if one is found. They are 7 ½ inches tall. The chef wears a white chef’s hat, “Magic Chef ® is molded in the front of the hat. He holds a big spoon in his right hand.  The chef’s suit and shoes are black and the shirt is white. A neat black bow tie is under his chin. He has black eyes and a trim mustache.

In 1986 Magic Chef merged with Maytag. In the 1990’s the Maytag Company marketed appliances under the name of Magic Chef, Admiral, Norge and Maytag.