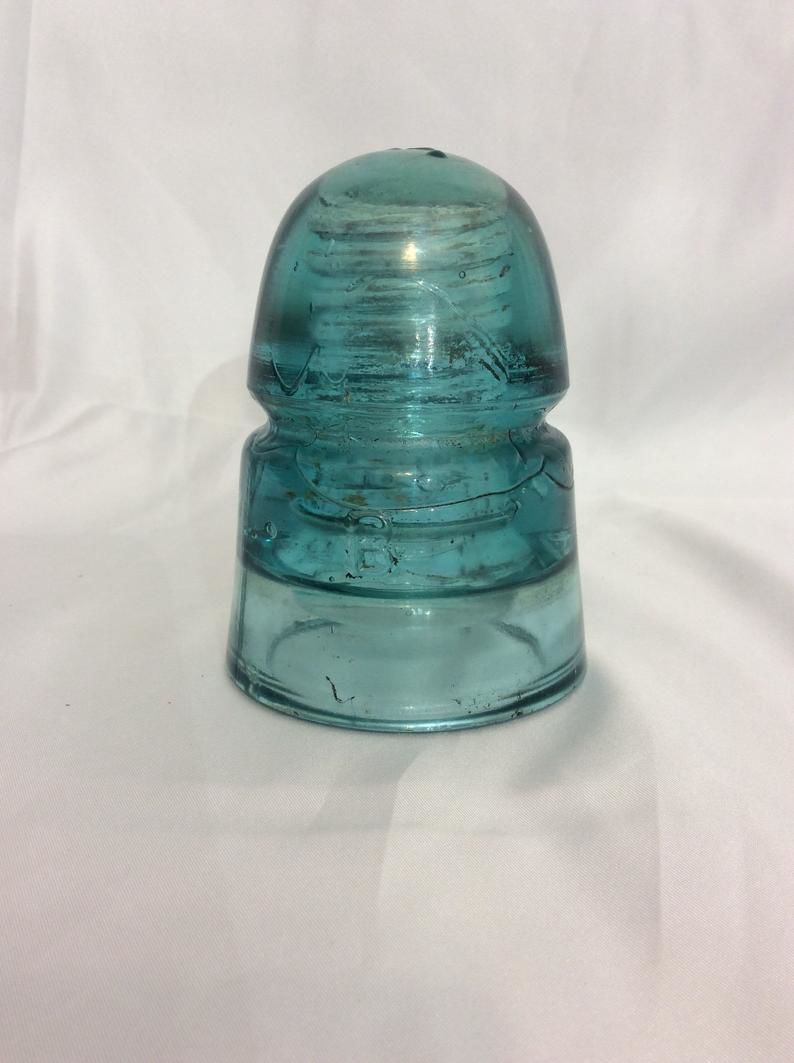 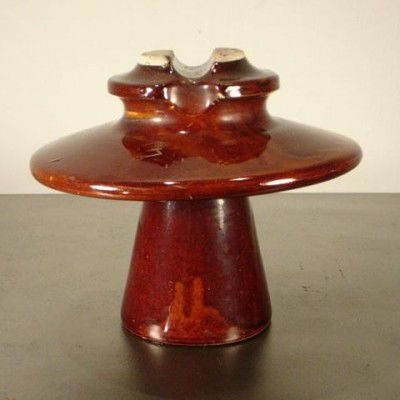 Among their many makers were Fry glass makers and Hemingway.

Historically they were important as carriers of early railroad signals.

Do you know anything about insulators or their history? They are seriously collected and are often turned into decorative items selling for several thousand dollars. Some are currently offered as chandeliers with a dozen dangling. Collectors prize colors, shapes and materials. They were made of glass and pottery. Among their many makers were Fry glass makers and Hemingway.

Historically they were important as carriers of early railroad signals. There was a time when if you were looking up while walking along the railroad tracks you could see examples.

Manufactured in the 19th century when the first telegraph and telephone circuits were put in place, they were needed to keep the telegraph signals from draining into the earth wherever the wire touched a solid object. They were made in many sizes for a variety of uses, such as telephone and telegraph circuits as well as electrical high voltage power lines. When wires were put underground in the early 20th century, insulators were trashed. They emerged as a “hot” collectible in the 1960s. These days rarities can sell for over $20,000 or for as little as $10. Many are waiting to be discovered.

Insulator manufacturers did a lot of experimenting with techniques. These experimental examples are now collectible rarities.

Railroad insulators come in a wide range of brilliant colors. The most common color is aqua. Some of the most interesting colors, such as cranberry, were made by glasshouses who made many types of glassware. When some of their pieces were leftover they were recycled into insulators. The same holds true for glasshouses that made liquor bottles.

Many materials were used. The earliest were made from glass and porcelain, as well as wood and glass.

Collectors look for the most unusual designs. A good example was called a “bureau knob” since it looked like a bureau drawer knob. It was used on the Morris telegraph line.

The Hemingway Glass Company was (1848-1972), the biggest maker of the most styles of insulators. A few are still in use at railroad crossings.

By the 1920s insulators were made by the millions by many manufacturers.

To learn more there is the N.I.A (National Insulators Association).

Check on prices on the internet or current price guides.