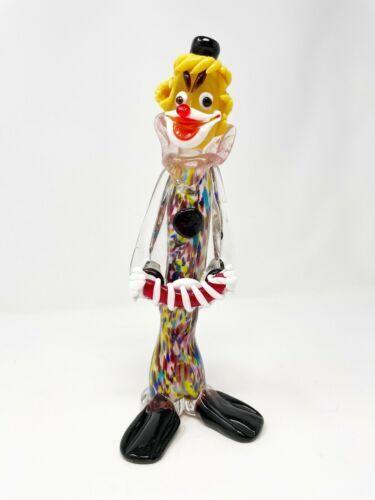 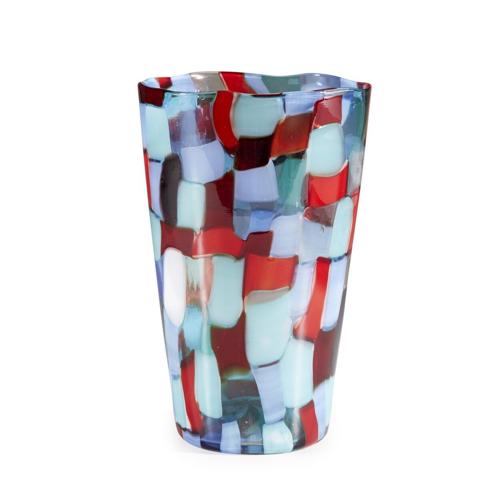 Italy discovered the colorful glass in fanciful shapes being created by the Venini Glass works. The most popular glass souvenirs were clown figures “Commedia dell’arte.” At the time they were being created by Fulvio Bianconi, a top designer for the Murano based Company. They were relatively inexpensive and made for export.

Historically, the Venini Glass works had its beginnings in 1921 when Paolo Venini (1895-1959) a Milanese lawyer, formed the company with an antiques dealer from a family of glassblowers. They produced prize-winning glassware till the partnership ended. After the war, in 1946, designers Geo Ponti and Fulvio Bianconi joined Venini Among their early pieces were bottles with unusual shapes, handkerchief bowls, biomorphic vases and stylized figural bottles. They also designed utilitarian items for everyday use. Among them were beverage sets and salad bowls.

That was then. Now, the originals can sell at Sotheby’s for several thousand dollars. Top dollar also are the brightly colored “patchwork” and “handkerchief “vases, originated by Bianconni. In the 1970s, they were reproduced.

The Venini clown figures made for export and many were whimsies or throw-aways, often filled with liquor, when they were hollow. They aren’t to be compared with Bianconis’ humorous, figural glass animals.

There were other Italian glass designers of the era whose works are important for collectors. Among them is Ercole Barovier.

By the 1970s many Italian glass factories were also making figural animals. Their paper labels have long ago disappeared.

After the death of Venini his widow and son-in-law hired new artists. By the 1960s the firm hired American designer Thomas Stearns. However his dark colors weren’t popular. After his works were discontinued other American artists were hired. Among them, Dale Chihuly. In 1972 the Finnish designer Tapio Wirkkala did many designs in the Venini style.

Original clown figures were usually solid, except for bottles. Reproductions are hollow and poorly made. Many are made in Mexico.

But, prices are sky high. Do research. Who knows where discoveries can be made?