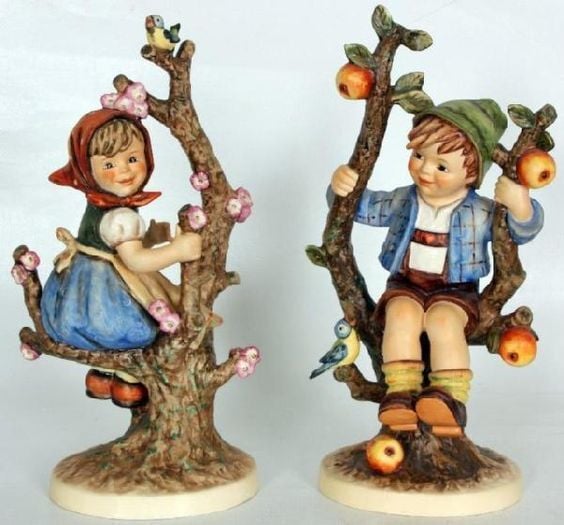 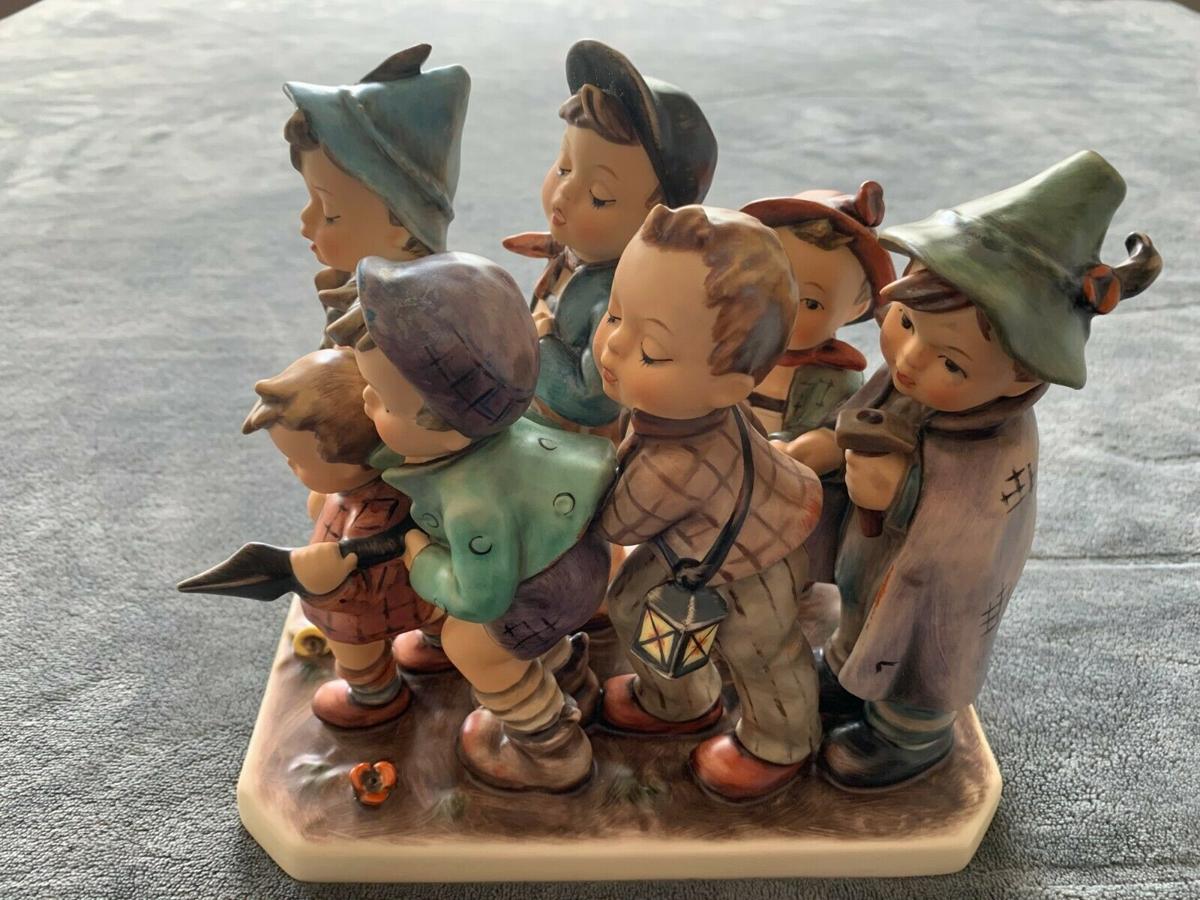 Do you or your children know anything about Hummel Figurines? Hummel porcelain figurines were one of the hottest collectibles in the 1960’s, 70s. They have never stopped being reproduced. While current reproductions can be had for under $100, serious collectors pay hundreds or even thousands of dollars for an early, original example.

Historically, it all began when Sister Maria Innocentia Hummel began drawing pastoral images of children in her art class in the 1930s. They first became popular designs for postcards. Franz Goebel, the director of a German pottery factory thought they might be turned into ceramic pieces. In 1935 the figurines made their first appearance at the Trade Fair in Leipzig, Germany. They were an immediate success. Within months more than 40 more designs were adapted. Production ended when the Nazis closed production and the convent. At the end of the war Goebel restarted production of the figurines. Sister Hummel died in 1946 and didn’t live to see the growing popularity of her work. American troops returning from Europe brought many of the figures back from Europe and the collecting craze began. Since then many designers have created new versions in factories around the world and America.

They were still being made in the original factory in Rodental Germany till the factory closed in 2017.

Many designers have made adaptations of Hummel figures over the years. One of the better known is Theo Menzen Bach. He began designing Hummels in 1955.

Figural groupings like “Adventure Bound” command top dollar. Price can depend on size and age. An early example, 8” long x 7” high could fetch $4,500.00 or more at auction.

The most popular single figures are “apple tree boy “and “apple tree girl.” They were made in several sizes.

CLUES: The earlier the trademark the more valuable the piece. Trade marks include the bee, a crown or Goebel name. Goebel reached a licensing agreement with Sister Maria in 1935. It included her signature on the base. There have been so many trademark designs over the years that a serious collector needs to study one of the many books of marks.

Check out the many listings of figures on eBay, then the book of marks. They have never lost their appeal. There are also Hummel plates with many of the same charming motifs.