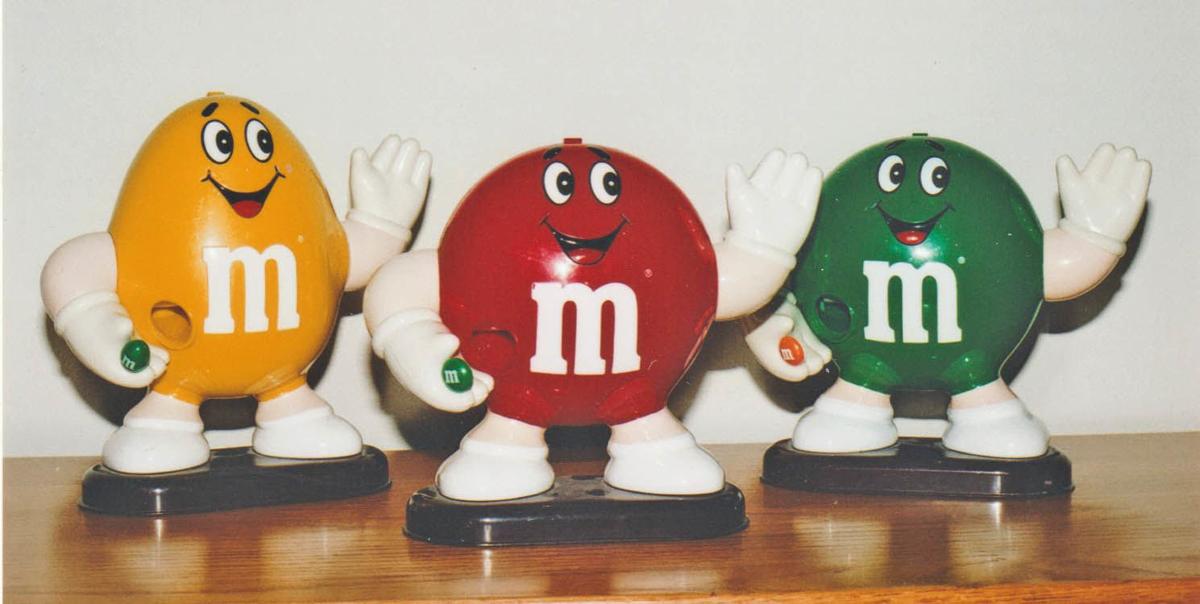 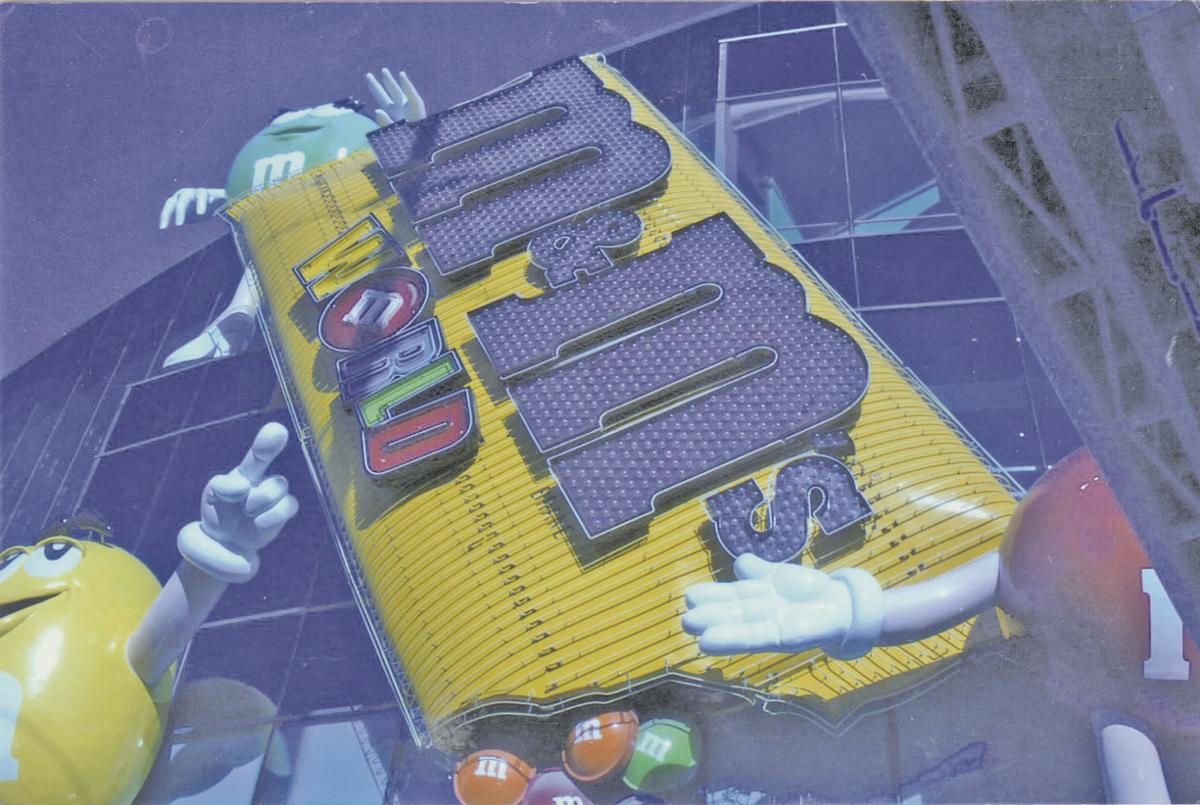 I don’t know about you but I always think of M&M’s around Valentine’s Day. And I am thankful that Mar’s Incorporated continues to cater to M&M’s candy lovers and the Ad World collectors.  When the holiday rolls around we can always find new collectibles along with the candy and there is a lot to look for on the secondary market.

Later on in the 1990s, there was a series of sportsmen M&M’s dispensers. The baseball character wears a ball player’s cap and pitchers glove and has a baseball in one hand. The football character has a football and wears a helmet.

More sophisticated dispensers were offered, such as the Rock and Roll candy dispenser with both the Red and Green M&M characters appearing to be dancing in front of a juke box. A second one is the La-Z-Boy dispenser with Yellow laid back in the chair. A third is the Blue character with a gold saxophone.

There are many small M&M’s collectibles from plush dolls in a variety of sizes, to the tube toppers. Tubes of M&M’s have been around for a long time. M&M’s were introduced in paper tubes in 1941. At that time the tubes did not have what we call toppers to serve as a lid.

Today the toppers keep changing on the 3-ounce tubes constantly. There are a variety of them at the beginning of the year to celebrate Valentine’s Day and again at Easter, Halloween and Christmas. They are in all the M&M colors; red, yellow, blue green, orange or brown.

The largest M&M character collectibles stand about four-foot tall and we find the “pitchmen” doing their job in food stores. The back of the character is open and filed with bags of M&M’s for customers to [purchase.

M&M or Ad World collectors like to look for other collectibles such as the M&M’s Monopoly game; the M&M’s Checkers game ; the M&M’s  Slot Machine that dispenses M&M”s and then the smaller items such as the yo-yos, key chains and 2-inch PVC characters.

To see the latest M&M’s collectibles, collectors can visit the M&M’s stores in Orlando, Las Vegas, or New York City. The easiest way to find the old collectibles is to go to flea markets and Internet auctions.  The M&M collectibles are plentiful. Have fun adding to the collection.