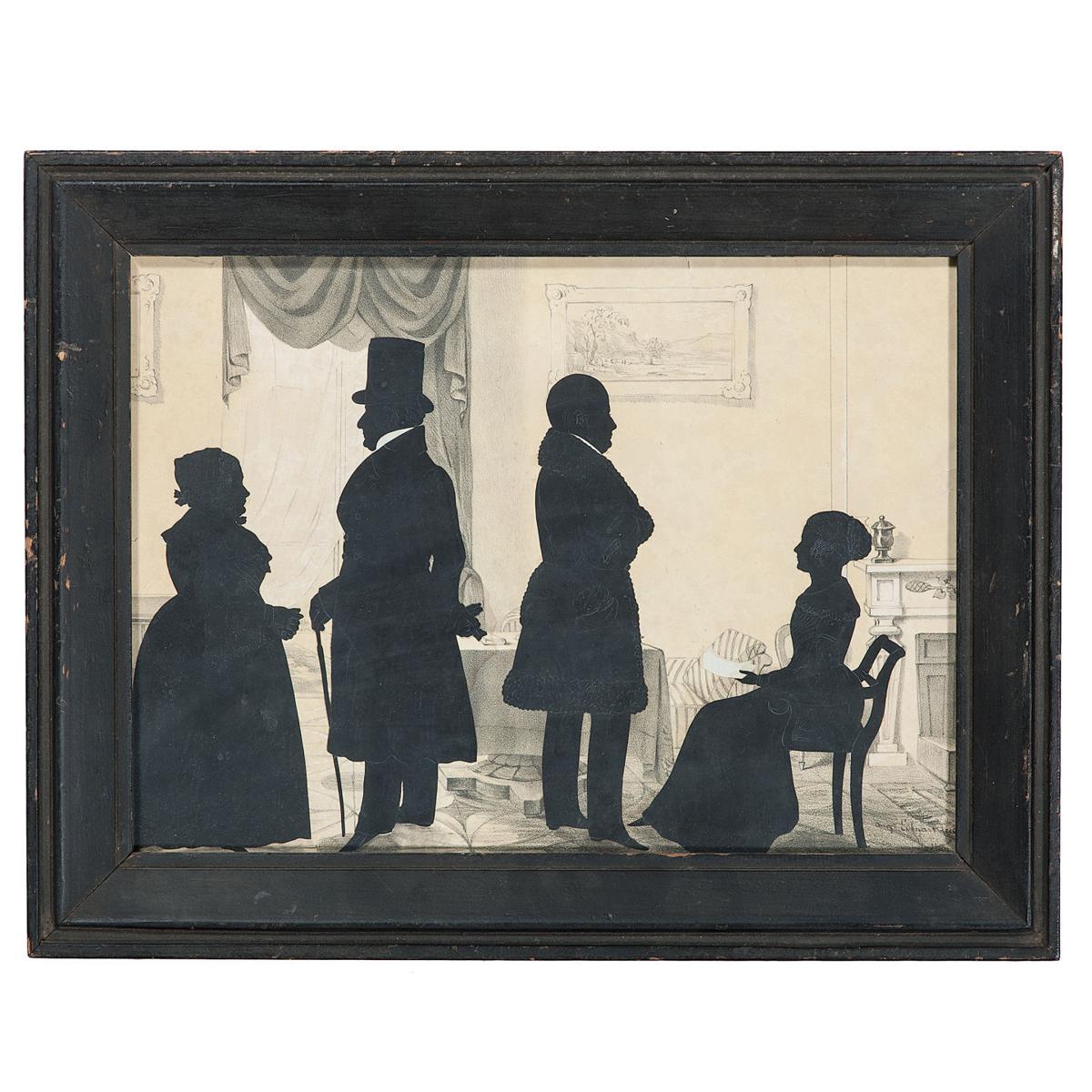 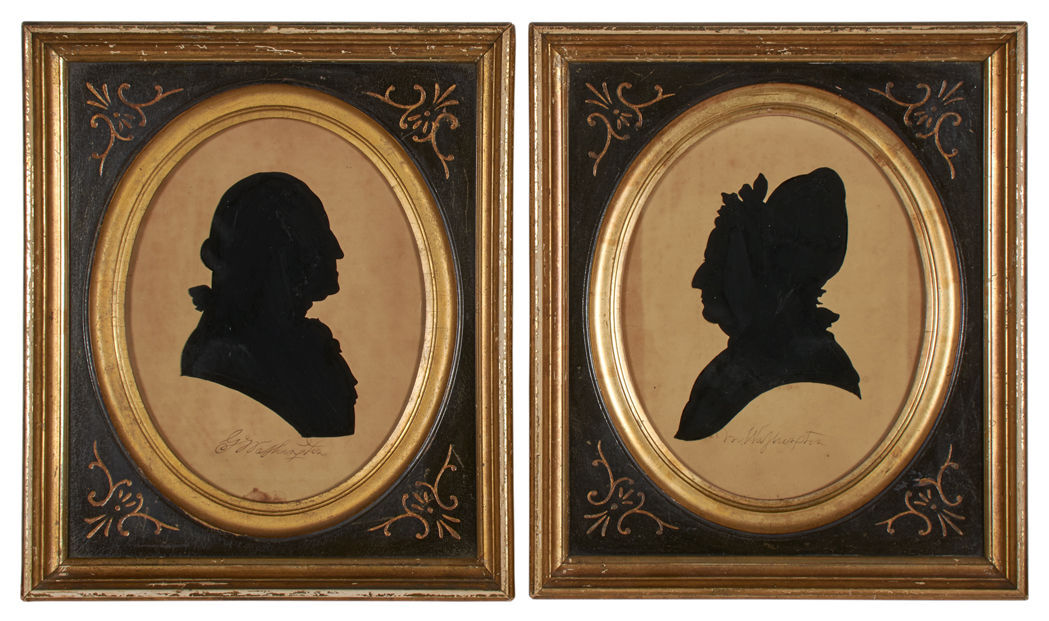 In the 18th century before there were daguerreotypes and photographs, “silhouettes” were the simplest and cheapest way to create a persons’ likeness. Having your profile “silhouetted” was as much of a status symbol as being immortalized in an oil painting on canvas. You have only to look at the list of historical portraits created in silhouettes to realize how important an art form it was at the time. After all George Washington and Thomas Jefferson were among those “snipped.”

While early silhouettes have been seriously collected by museums and collectors for decades, the art from has continued. So has collector interest in contemporary silhouettes. Prices can be in the thousands for both the antique examples and contemporary.

Historically, the art form name derives from Etienne de Silhouette, Finance minister of France in 1777, who enjoyed cutting paper profiles as a hobby.

Those who could afford it would have their entire family profiled along with a chair, clock or family dog.

Both professionals and amateurs tried their hand at techniques. Over the years silhouettes were machine or hand cut, or often painted.

Then, as now, amateurs traced the profile, then snipped it out. Traveling artists carried screens, sheets and lighted candles for casting proper shadows. Cutting silhouettes became a hobby for families. Among the most famous are the Copp family silhouettes.

At the other end of the spectrum were the highly detailed silhouettes done by professionals. Among them were William Henry Brown, Charles Wilson Peale, Augustin Edouart and James Hubbard. Not only were they quick with the scissors, but they cut directly by hand as their models posed.

Peale is considered among the best using what is known as the hollow-cut technique. This was done with a sharp penknife or scissors, tracing the shadow and placing the “hollowed out” section against a black background. Often curls and ruffles were decorated with India ink.

CLUES: Most common are the “hollow cut” silhouettes.” These were cut out of white paper and the hollowed out part was placed against a dark background. Those who worked in India –ink touched up black areas with gold or silver paint.

Since many lithographs have been made of early silhouettes, use a magnifying glass before spending too much money. Do your research. Check out the many talented silhouette artists working today.