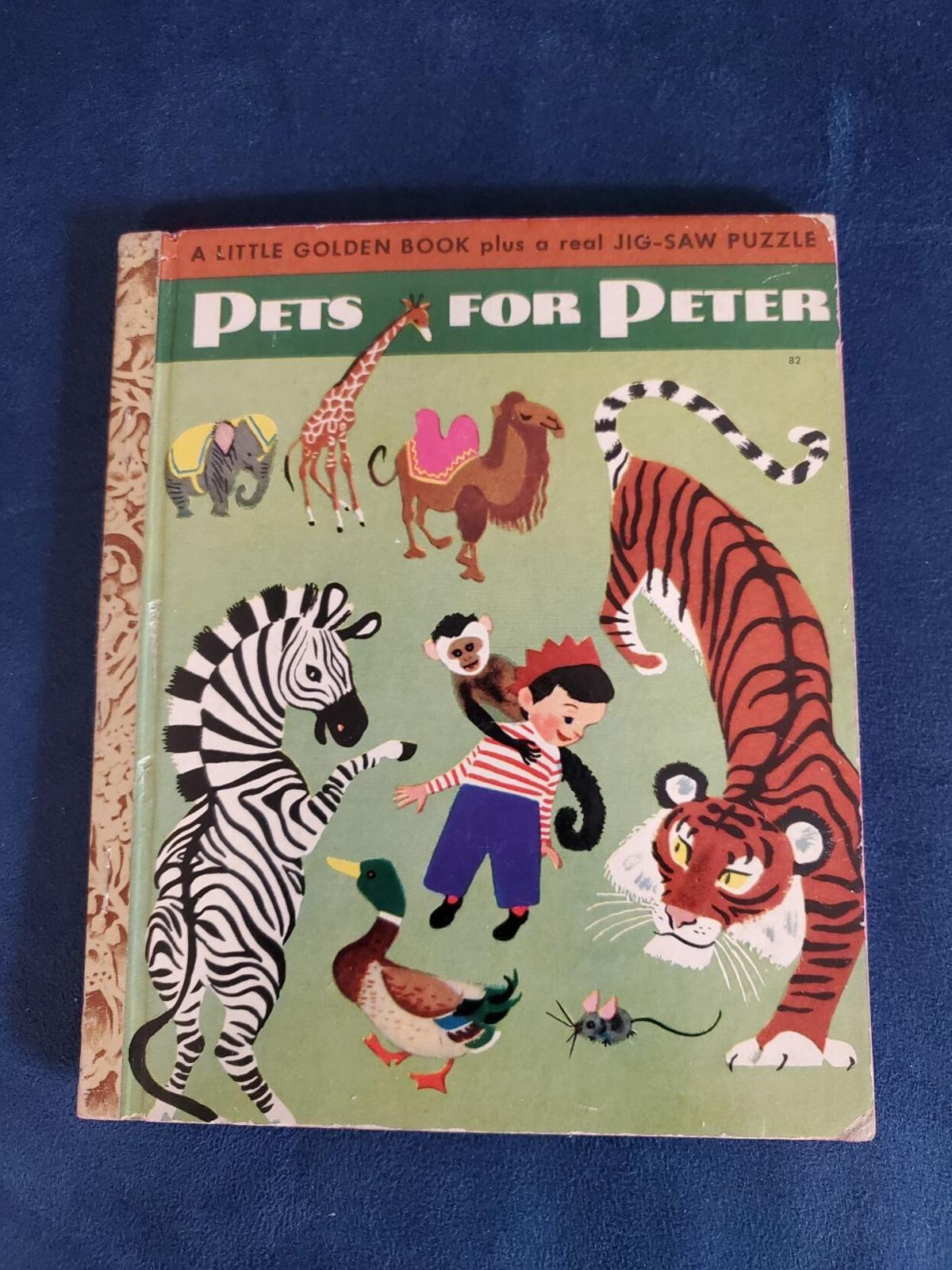 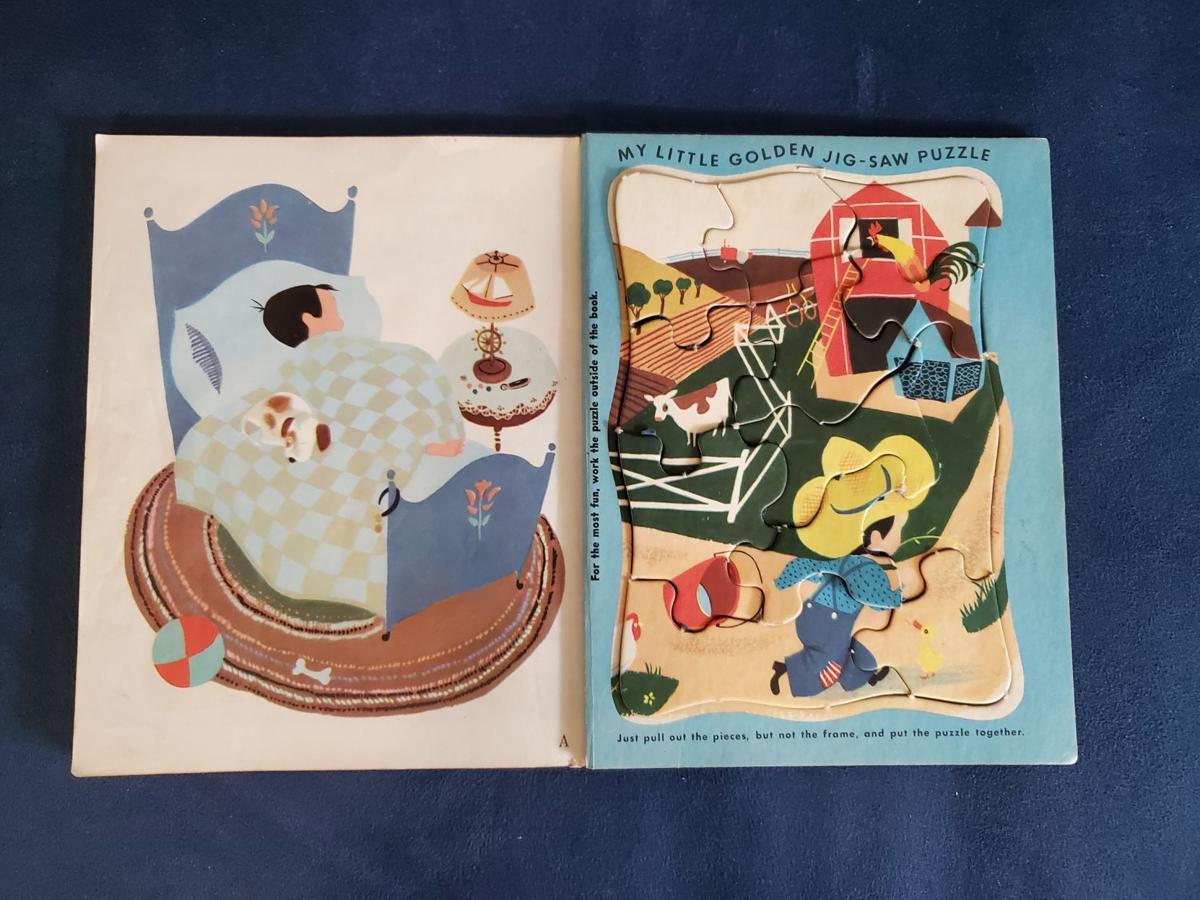 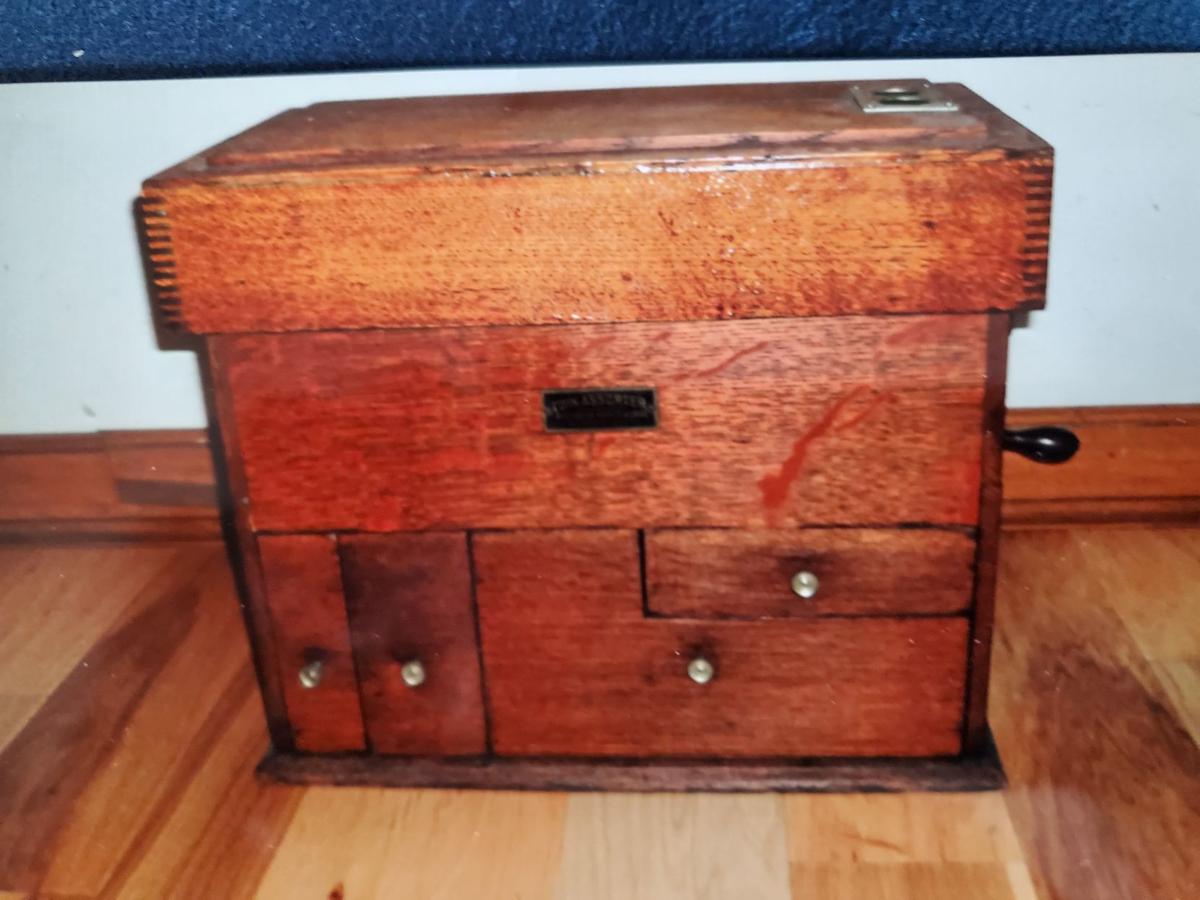 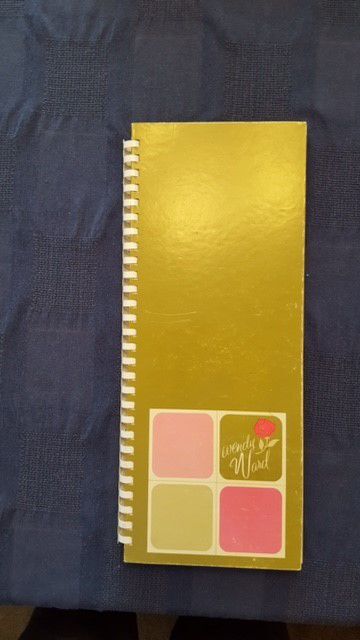 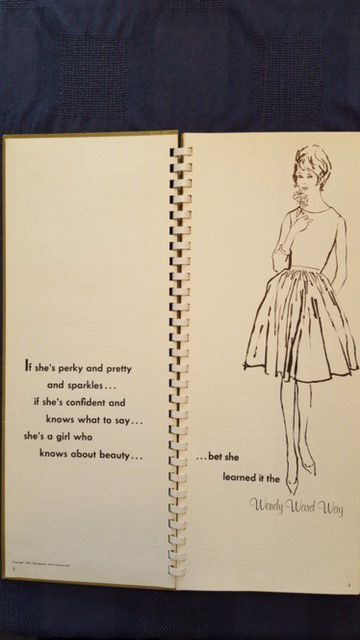 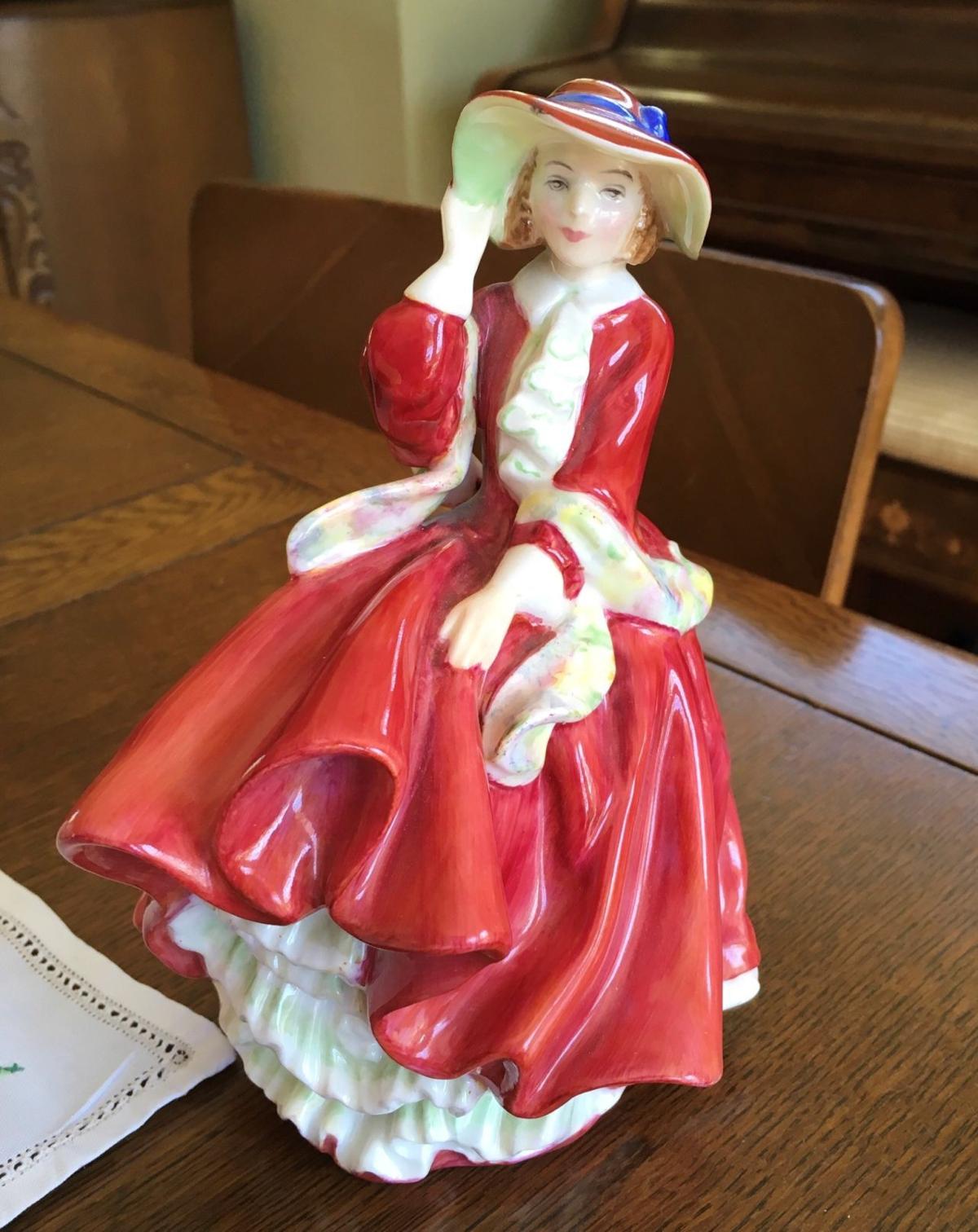 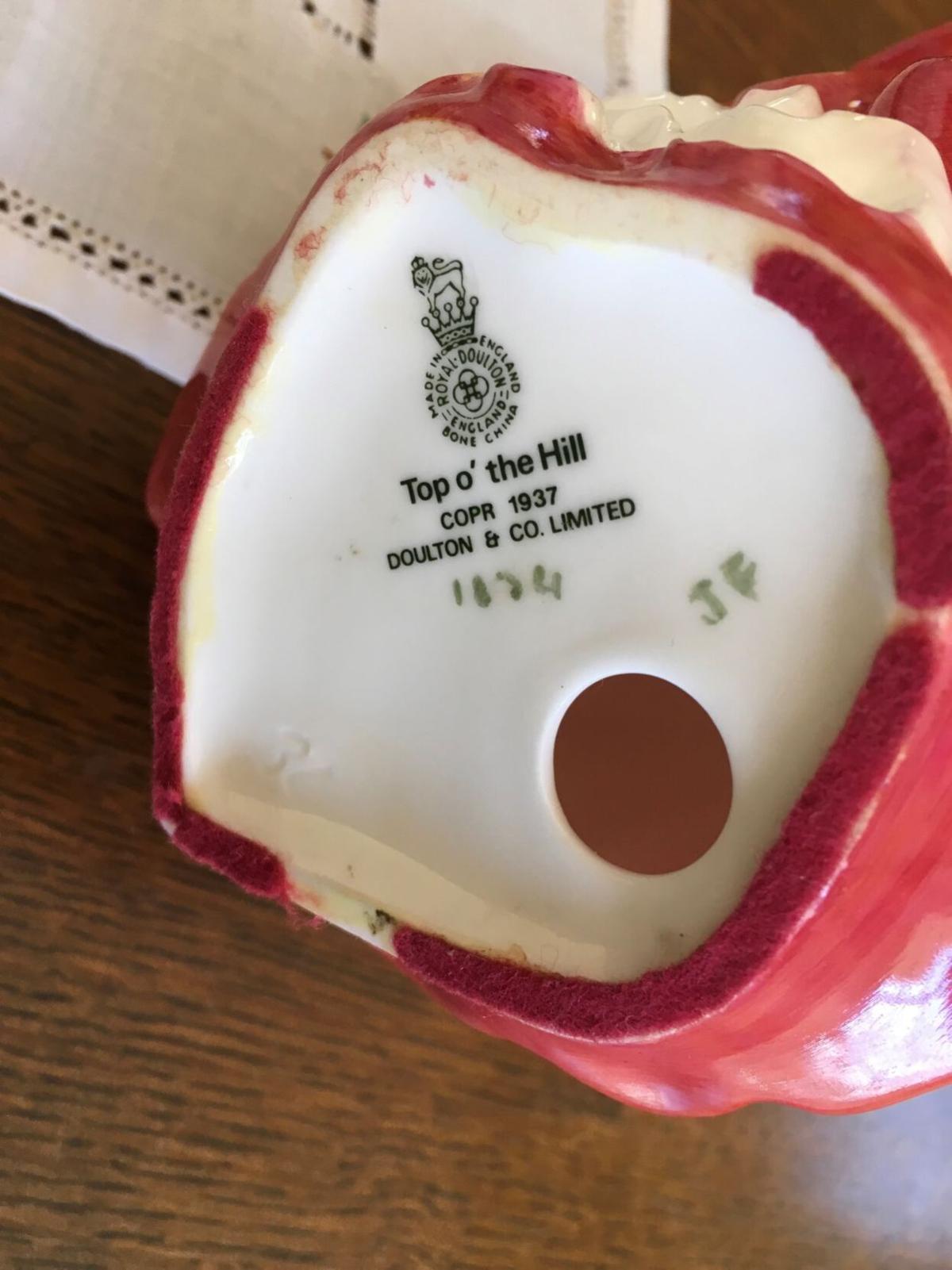 QUESTION: While rummaging through my cedar chest, I found a copy of a handbook I received when I attended a Montgomery Ward “Wendy Ward Charm School” with several other girls from my Girl Scout troop in 1969. I also have the notes I took and the period receipts for the class. The multi-week class cost $10.00. How much is my book worth? – PM, Boise, ID, Email Question

ANSWER: Just when I think I have seen everything, something new and wonderful creeps into my life. Being a “boy” and having grown up in the 1950s, I never heard of the Wendy Ward Charm School. I can only image how different my life would have been if I had dated one or more of the young ladies who attended the Charm School and who followed the advice it offered.

Montgomery Ward department stores offered the Wendy Ward Charm School for teenage girls in the 1960s and 1970s. Attendees would meet once a week at their local Montgomery Ward store to learn a variety of skills such as how to paint nails, walk and sit with good posture, and conduct themselves like ladies. The class ended with a fashion show.

In order to keep the lessons fresh in the minds of the attendees, each participant received a handbook. The book was written based on the mindset of a girl who grew up in the 1940s or 1950s, long before the era of Women’s Liberation. In today’s parlance, the advice the young ladies received was sexist.

The Feminine Appeal section begins: “Your job is to make a boy very much aware that he is a man – not to make him too much aware that you are a girl…they [boys] know their job is to take care of – protect and lead. Therefore, if you really want to know the secret formula for getting along with boys—(men)—it makes them feel very manly.”

[Note to Readers: Try not to laugh or get mad. The 2020s are a long way from the 1960s Consider this – your grandmother might have been an attendee.]

This advice appears in the “how to talk to boys” section: “If you saw a movie and you liked a movie, say “I liked the movie, but I’m not sure I understand all they were trying to say.” This gives him a chance to be very manly and explain things to you…Also, don’t forget to help boys by making them think you’re impressed by them.”

Young ladies with weight problems are referred to as “dumplings” and those who are too thin as “string beans.” Advice to solve each of these issues is offered. There is not a page for those young ladies who were just right.

In the revival of the era of short skirts, the page entitled “Your Legs and You” is worth a read. The page with dating tips ends: “DON’T DIE AND DON’T GO STEADY, EITHER ONE WILL TAKE YOU OUT OF CIRCULATION.”

The Wendy Ward Charm School handbook is a historical social document, a relic of a time long past. There were two versions of the Charm School handbook, the first dating from the 1960s and the second dating from the 1970s. Your example is from the 1960s. WorthPoint.com’s Worthopedia shows a sell through price on eBay and other internet sites ranging from $25.00 to $30.00 for an example in very fine or better condition. The 1970s version brings an addition $5.00 to $8.00.

QUESTION: I found a coin sorter in an abandoned building in downtown Cincinnati. When I inquired about it, I was told I could have it for free. I was told it came from New York on a riverboat. The brass plaque reads: “Manufactured by Rochester Novelty Works, N.Y., U.S.A.” Is it one-of-a-kind? What is its value? – GLG, Cincinnati, OH, Letter

ANSWER: The Rochester Novelty Works, located at 485 Hague Street in Rochester, New York, was a furniture manufacturer. In the 1930s, the company specialized in church furniture and equipment.

The Rochester Novelty Works was founded at the end of the nineteenth century. The oak case coin sorter was one of its early products. The oak case measured 19 x 10 x 18 inches. The top is removed to begin the coin sorting process. The machine only sorted pennies, nickels, dimes, and quarters. It was designed to be used in bars, barbershop, and other establishments where half dollars and silver dollars were not heavily used. An internal mechanical device, driven by an outside hand crank, sorted the coins into their appropriate drawers.

The mechanism was developed by John Hoey of New York, New York. The Rochester Novelty Works made the case.

Your coin sorter is a great conversation piece, which adds to its value. Live Auctioneers has a listing for an example of a “Hoey Improved Coin Sorter” that sold for $700.00 on April 1, 2012, at a Showtime Auction. WorthPoint.com’s Worthopedia lists an example on eBay that sold on September 16, 2011, for $399.99. Morphy Auctions sold a “Hoey Improved Coin Sorter” for $920.00. I could not determine the auction date. All these examples were in working order.

Assuming your example is in working order, a conservative secondary market retail value is between $550.00 and $650.00.

QUESTION: I own a copy of “Pets for Peter” A LITTLE GOLDEN BOOK plus a real JIG-SAW PUZZLE” published by Simon and Schuster. The text is by Jane Werner. Aurelius Battaglia did the illustrations. The book is copyrighted 1950. It has an “A” in the lower right corner of the last page. What is my book worth? – DZ, Avon, CT, Letter

Most examples of “Pets for Peter” either are missing the puzzle or have only a few pieces of the puzzle. The book had no pocket for puzzle pieces. When removed and taken apart and although the pieces did interlock, they did not stay securely inside the frame on the inside of the back page.

Although jigsaw puzzle collectors tend to focus on adult and teenage puzzles, they occasionally will buy a puzzle designed for the 6 to 9 age group. “Pets for Peter” is one such example.

As always, I tend to take a conservative position. A fair secondary market value for your examples is between $85.00 and $95.00. The January 5, 2020 price is an anomaly. It must have been a slow week on eBay.

QUESTION: I have a Royal Doulton “Top o’ the Hill” figure that my mother bought between 1965 and 1970. It does not have an “HN” before the number. I am now questioning if it was really made by Royal Doulton. Would you be able to shed light on this for me? — SR, Victoria, BC, Canada

ANSWER: There is no doubt that Royal Doulton made your figurine. The mark on the bottom is the “standard” mark and was used from around 1930 until around 1993. The quality of the piece clearly matches Royal Doulton’s standards.

The number 1834 is hand painted on the bottom. Because the name “Top o’ the Hill” appears as part of the bottom markings, Doulton apparently saw no need to include the “HN” designation.

The secondary market for Royal Doulton figurines, especially common examples such as Top o’ the Hill is in the doldrums. Examples with the red dress sell in the 2020s on the internet between $10.00 and $20.00, a far cry from their initial retail price.