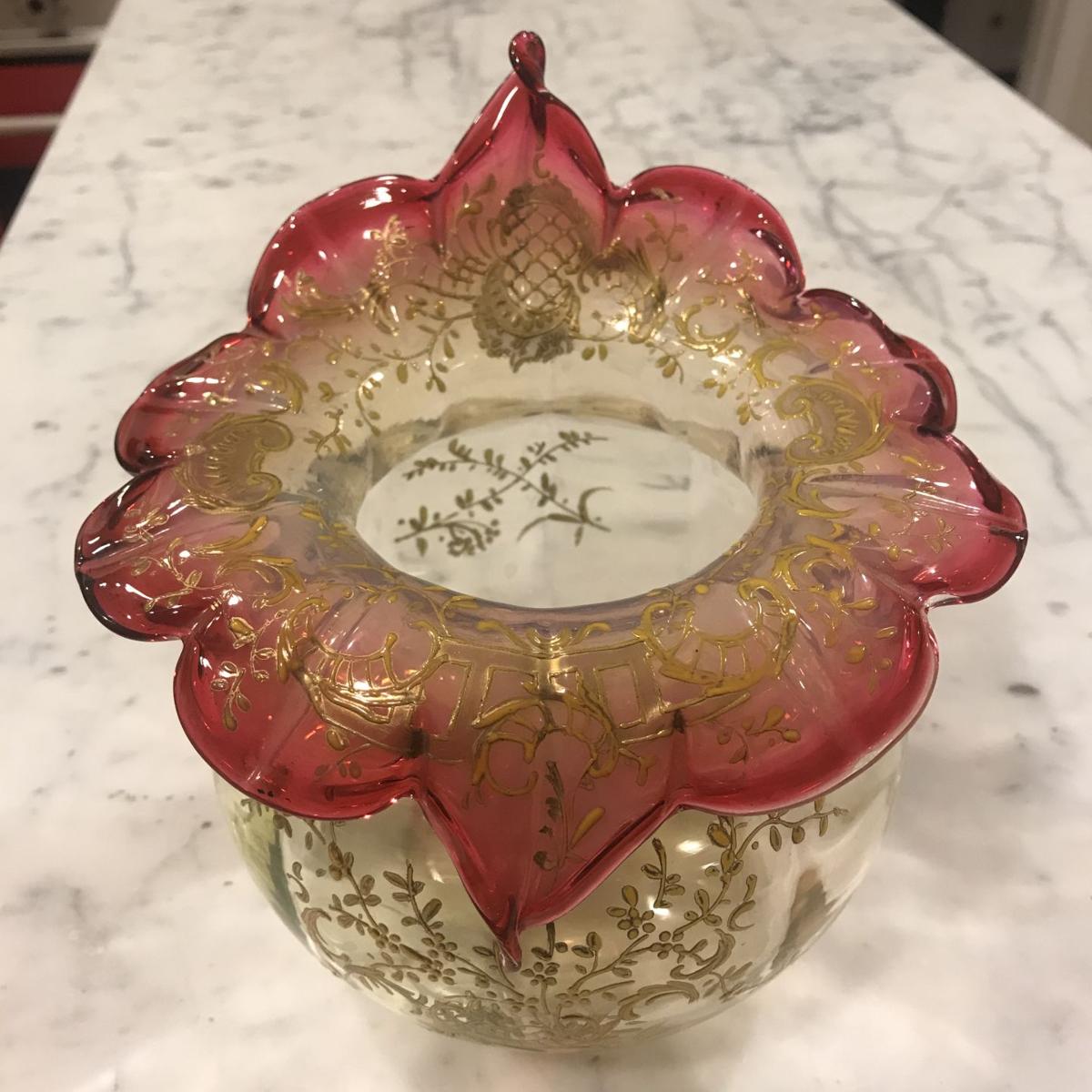 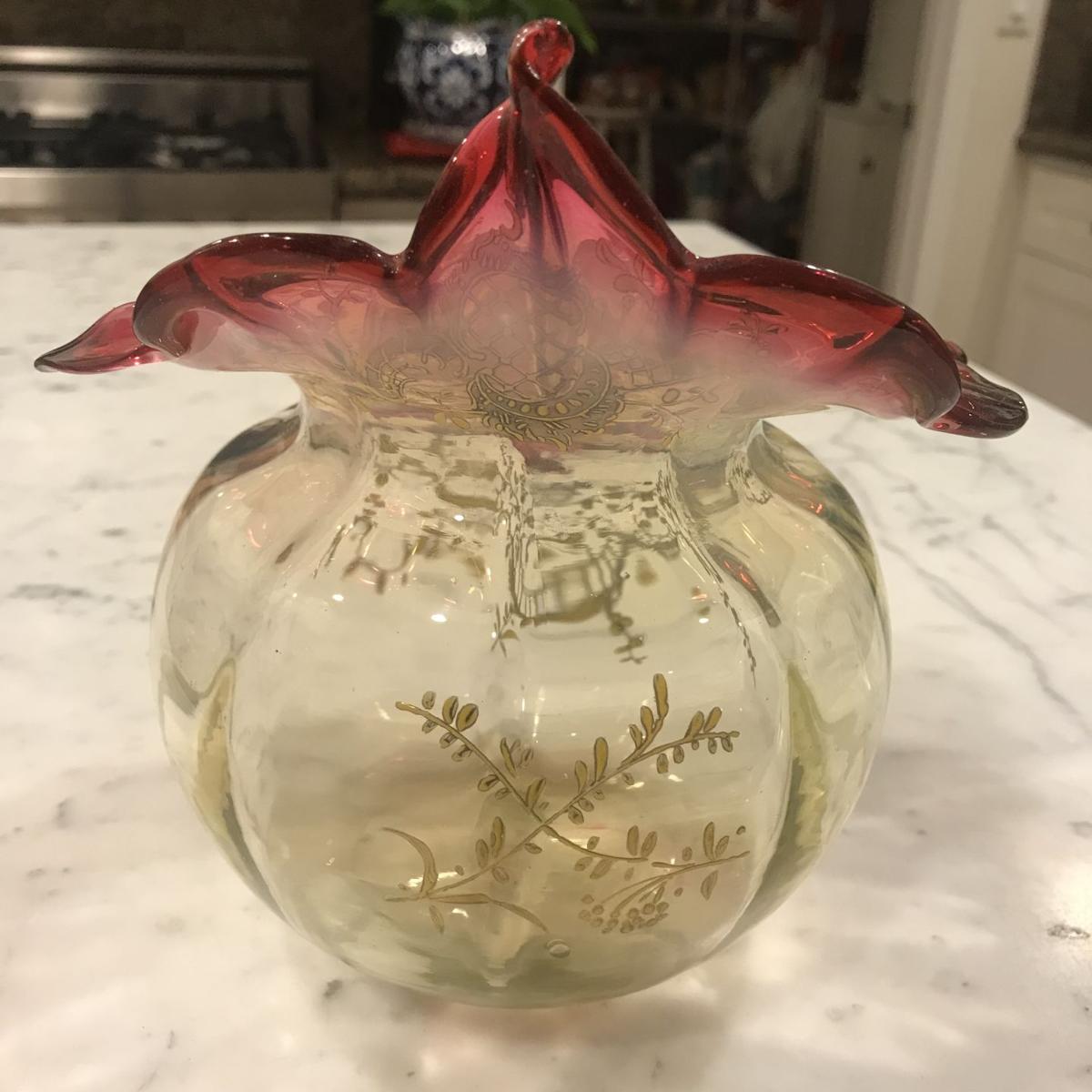 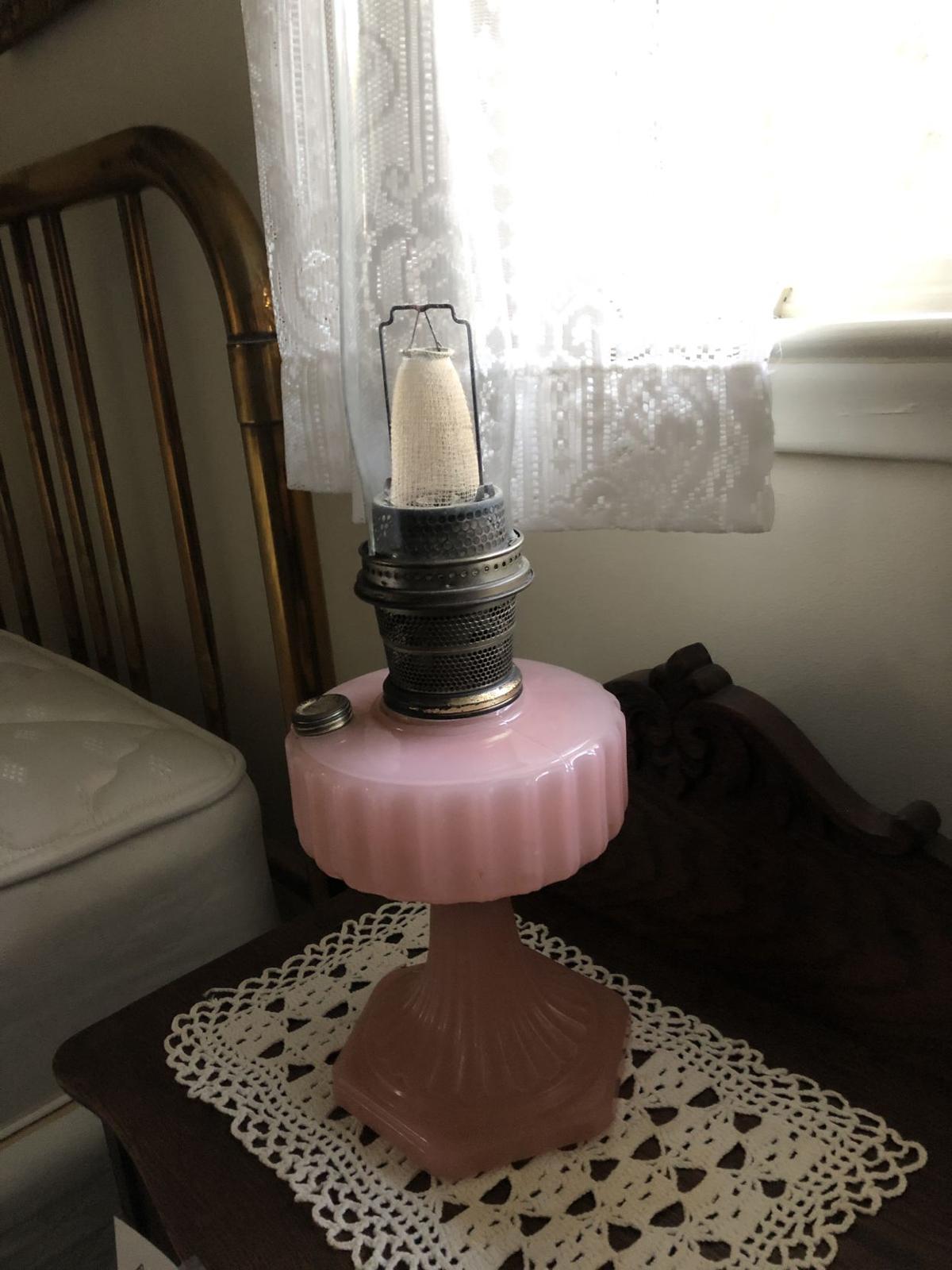 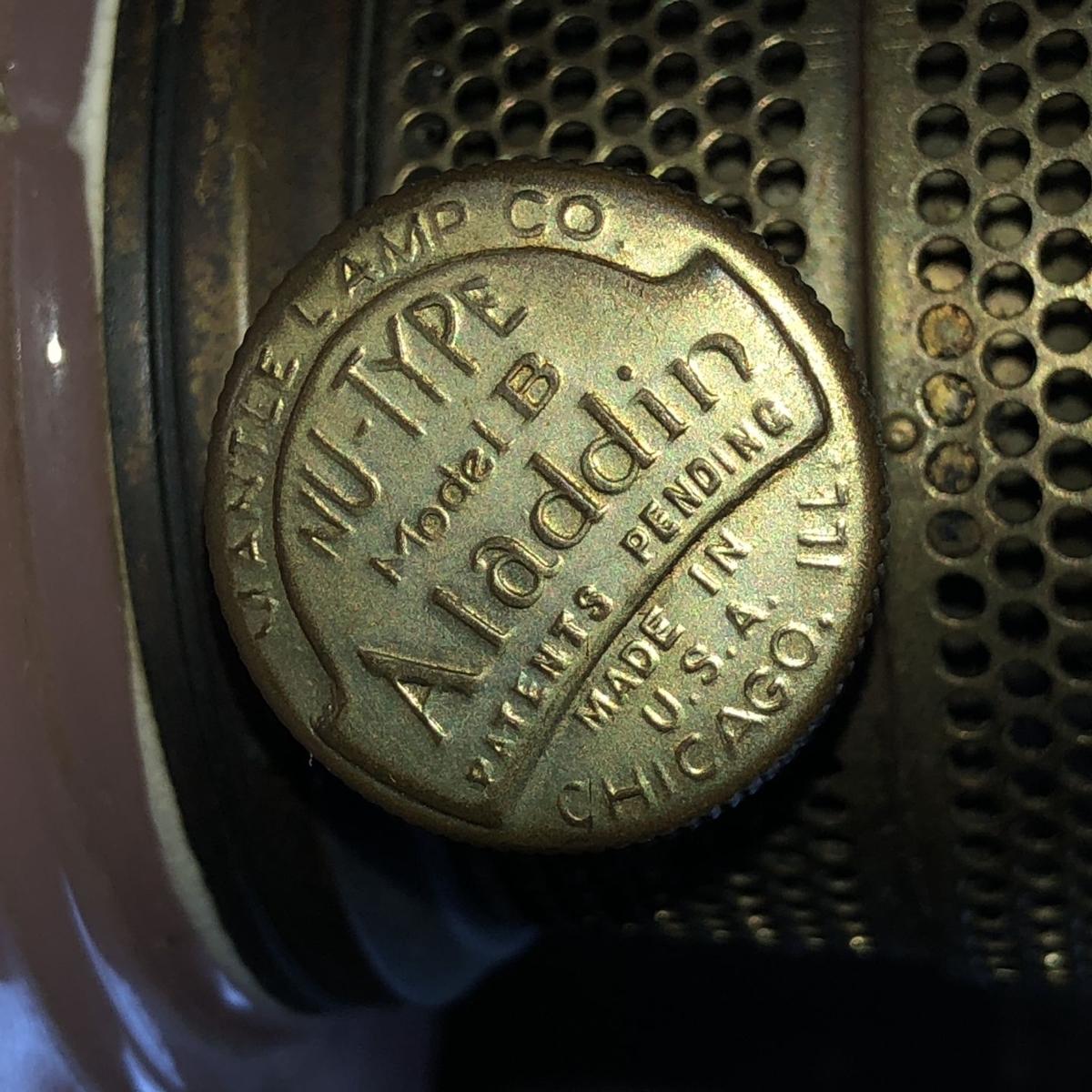 I found a 1925 New York Giants football program in my grandmother’s basement.  It is for an October 18, 1925, game at the Polo Grounds between the New York Giants and Frankford Yellow Jackets.  I am trying to determine if it is a period copy or a reproduction.  Any help would be appreciated. – TC, Email Question

Before answering your question directly, my advice is to immediately remove the copy of the program you found from the plastic storage bag in which it currently is housed.  This is the worst possible storage method.  First, you do not know if the plastic is chemically inert.  I am certain it is not.  Second, when you seal the bag, you trap air and moisture inside.  If the humidity changes, there is a possibility that condensation will occur.  If it is determined that the program is a period piece, go to an art store and buy an acid free folder to store the program.

1925 was the inaugural season for the New York Giants in the National Football League.  The team had eight wins and four losses against league opponents and 11 wins and 6 losses overall.

The program has been reproduced.  I did a “Sale by Date” search on WorthPoint.com.  Copies of the reproduction catalog now sell between $10 and $14.  The program was reprinted in 1975 as part of the New York Giant’s 50th anniversary.  I found listings for the reprint catalog on WorthPoint dating back to 2010.  One listing indicated a size of 8-inches by 11-inches.  Not one of the WorthPoint listings provided any information on how the seller knew what they offered was the reprint catalog.

I did find an auction listing from BST auctions for a period October 18, 1925 Giants vs. Yellow Jackets program.  The listing provided some key authentication information.  First, the period catalog measured 7 3/4-inches by 11-inches.  It consisted of 12 pages, counting the four pages represented by the cover.  There are eight internal pages.

The first step in selling any object is authenticating it.  BST Auctions is located in Pleasant Prairie, Wisconsin.  Consider contacting/calling them to discuss your program.  You may have to send it to BST auctions before a final judgment is made.  Should you get lucky—really, really really lucky—BST would be happy to sell/broker it for you.

I have a wooden high chair.  It has a metal label that reads: “LULLABYE AUTOMATIC CRADLE COMPANY MFG / STEVENS POINT, WIS.  Could you please give me some information about when it was made and its value? – CH, Hunlock Creek, PA, Email Question

In 1897, John J. Bukolt of Stevens Point, Wisconsin, patented an automatic cradle that rocked by itself.  He designed it to silence one of his children who was prone to colic.  Bukolt manufactured the cradles in his father’s woodshed and finished them in an upstairs bedroom in his home.  After acquiring a factory, he organized as The American Novelty Company.  In 1904, he incorporated as The Automatic Cradle Manufacturing Company.  Six months prior to his death in 1929, the company became The Lullabye Furniture Corporation.  When Bukolt died, he employed over 150 employees at the factory in Stevens Pint as well as other plants located in Northwest Michigan.

Although “Lullabye” was not an official part of the company’s name in 1904, I suspect it was the company’s brand name.  Over 80 different products were produced between the 1890s and 1970s by the two corporate entities.  Totally unrelated to your high chair is that Lucille Ball served as celebrity spokesperson for Lullabye Furniture in the 1950s.

I could find no specific information on your high chair or a similar/comparable example.  It appears the high chair converts into something, but I could not determine what from the images attached to your email.  Based on these images, the high chair appears to date from the 1910s or 1920s.  If later, the label would have read: “Lullabye Furniture Company.”

Outside of a 50-mile radius of Stevens Point, Wisconsin, the secondary market value for the high chair is between $85 and $100.  The primary buyer is a doll collector looking for an object in which to display one of her larger dolls.

I have an Aladdin oil lamp with its period burner intact.  The chimney is missing.  The control knob reads: “MANTLE LAMP CO. / NU-TYPE / MODEL B / Aladdin / PATENTS PENDING / MADE IN / U.S.A. / CHICAGO, ILL.”  The base is a pinkish glass.  The round chamber has crimped sides.  I acquired it many years ago.  What history and value can you provide? – JH, Diamondale, MI, Email Question

Victor Johnson founded the Mantle Lamp Co. in 1908.  It trademarked the name “Aladdin” the same year.  In 1926, Johnson bought a glass factory and began manufacturing chimneys, lamps, and shades.  Nu-Type burners were introduced in 1932.  Model A was introduced for use in the United States and Model B in England.  The Model A burner did not function as well and was replaced by the Model B burner in the United States.   The Model B burner was manufactured between 1933 and 1955.  The Mantle Lamp Company merged with its subsidiary Aladdin Industries in 1949.

Your lamp was made between 1933 and 1949.  Your lamp has a Corinthian pattern base.  The color of the base is difficult to determine from your image.  Rose Moonstone is my best guess.

The value of your Aladdin lamp with its period burner is between $60 and $75.

I have a 7-inch high, 7-inch wide jack-in-the-pulpit glass vase that I received from my aunt over 50 years ago.  It was old then.  The glass vase has 10 flared petal panels at the top.  The melon-body has intricate fern-like branch decorations.  The base is a light-yellow clear glass.  The petals shade from a light red at the base to dark red at the tips.  There is no maker’s mark.  Any information about my vase will be greatly appreciated. – EP, Everett, WA, Email Question.

Most glass is unmarked, a fact that makes it difficult to research.  When I first saw the images that accompanied your email, I though “Fenton.”  After researching Fenton jack-in-the pulpit vases, I eliminated this possibility.

The vase appears to be amberina glass, a glass that shades from yellow to red depending on a portion of the piece being re-inserted into the glass furnace.  By withdrawing the piece slowly, color shifts from yellow to red or vice versa.  Although glass manufacturers have continuously made amberina glass since the end of the 19th century, it enjoyed great popularity between 1890 and 1915.

My guess (and it truly is a guess), is that your piece dates from this early period.  If I am correct, chances are the piece was made in either England or Bohemia, then part of the Austro-Hungarian Empire.

Early amberina glass enjoyed a collecting craze that began in the1920s and ended in the early 1980s.  During this period, jack-in-the-pulpit vases also were collected as a separate collecting category.  Jack-in-the pulpit vase interest has declined significantly.  I know of no collectors but am certain a few exist.  Although a few advanced glass collectors still buy amberina glass, their numbers are not strong enough to keep amberina glass market prices high.  Even the top-end of the market has suffered.

In the current secondary market, your amberina glass jack-in-the-pulpit vase has a value around $100.  An unknowledge dealer might try to sell your vase as Moser glass.  It is not high enough in quality to warrant this attribution.  As to the manufacturer, you must rest content with never knowing.