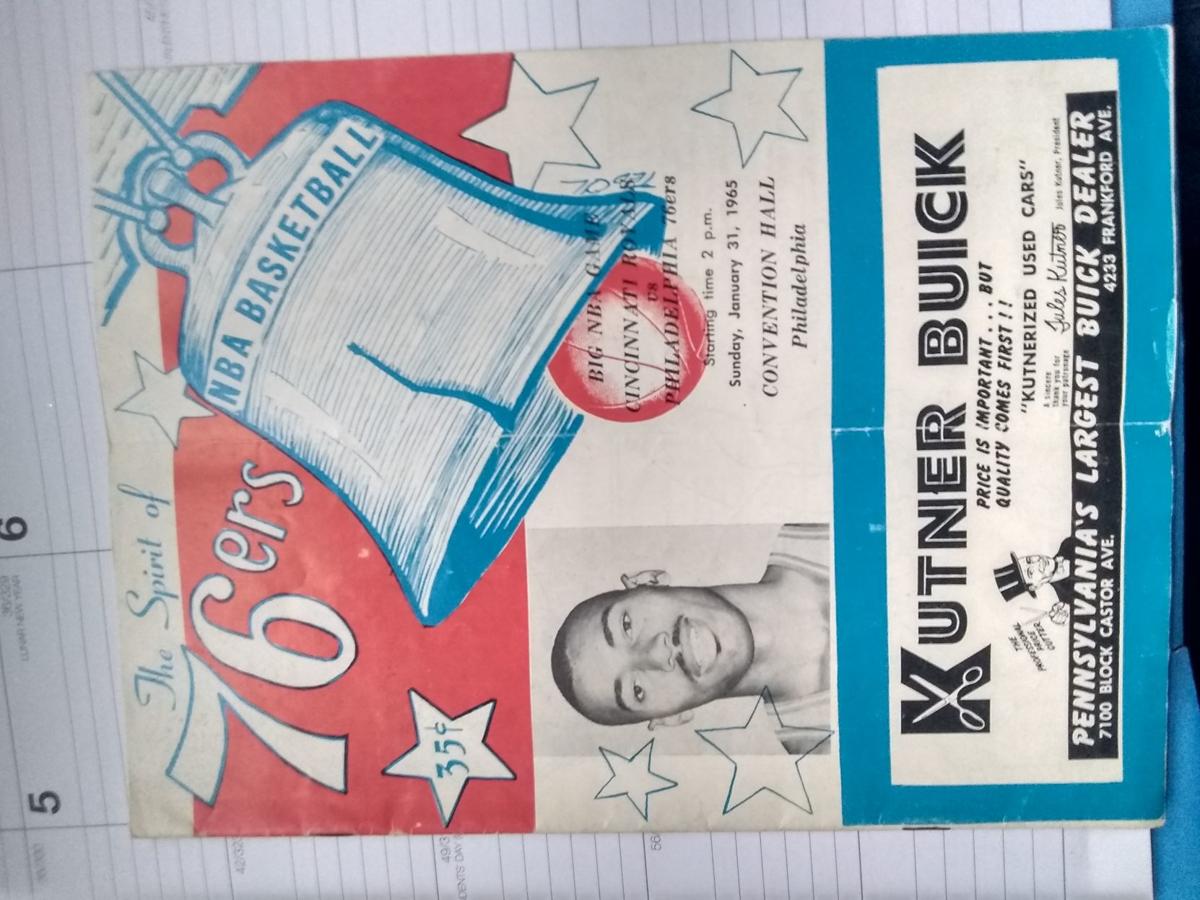 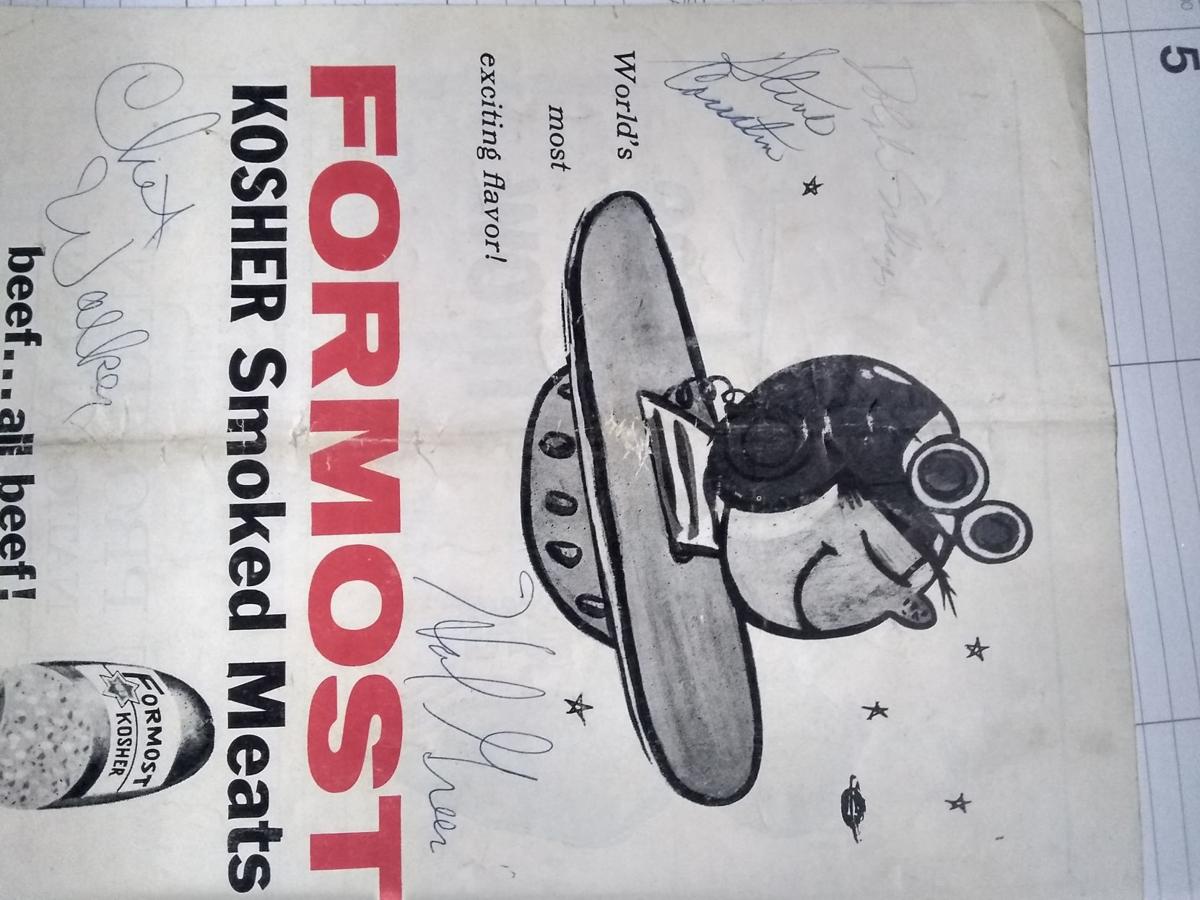 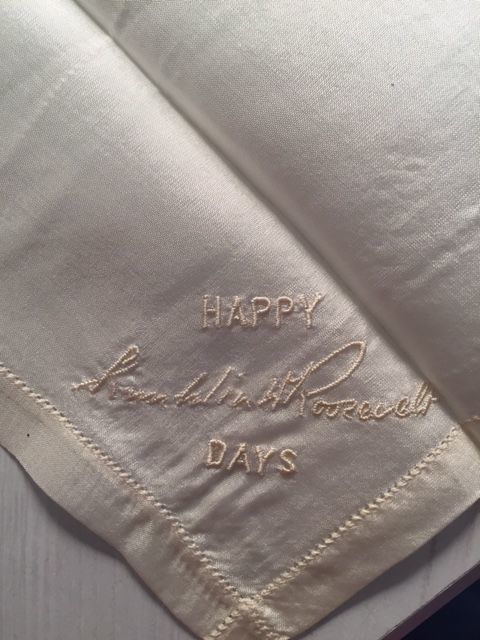 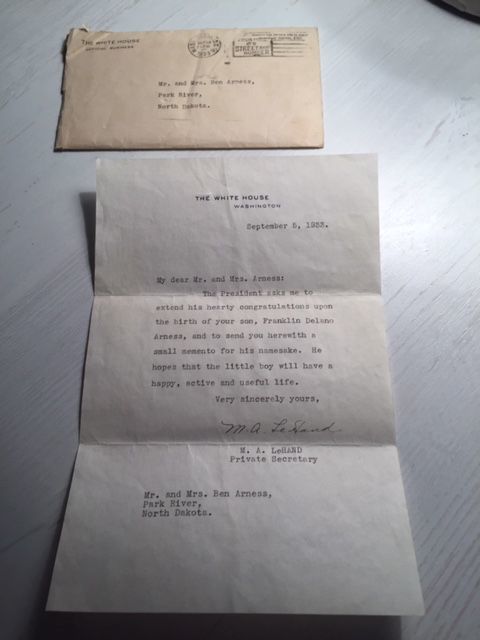 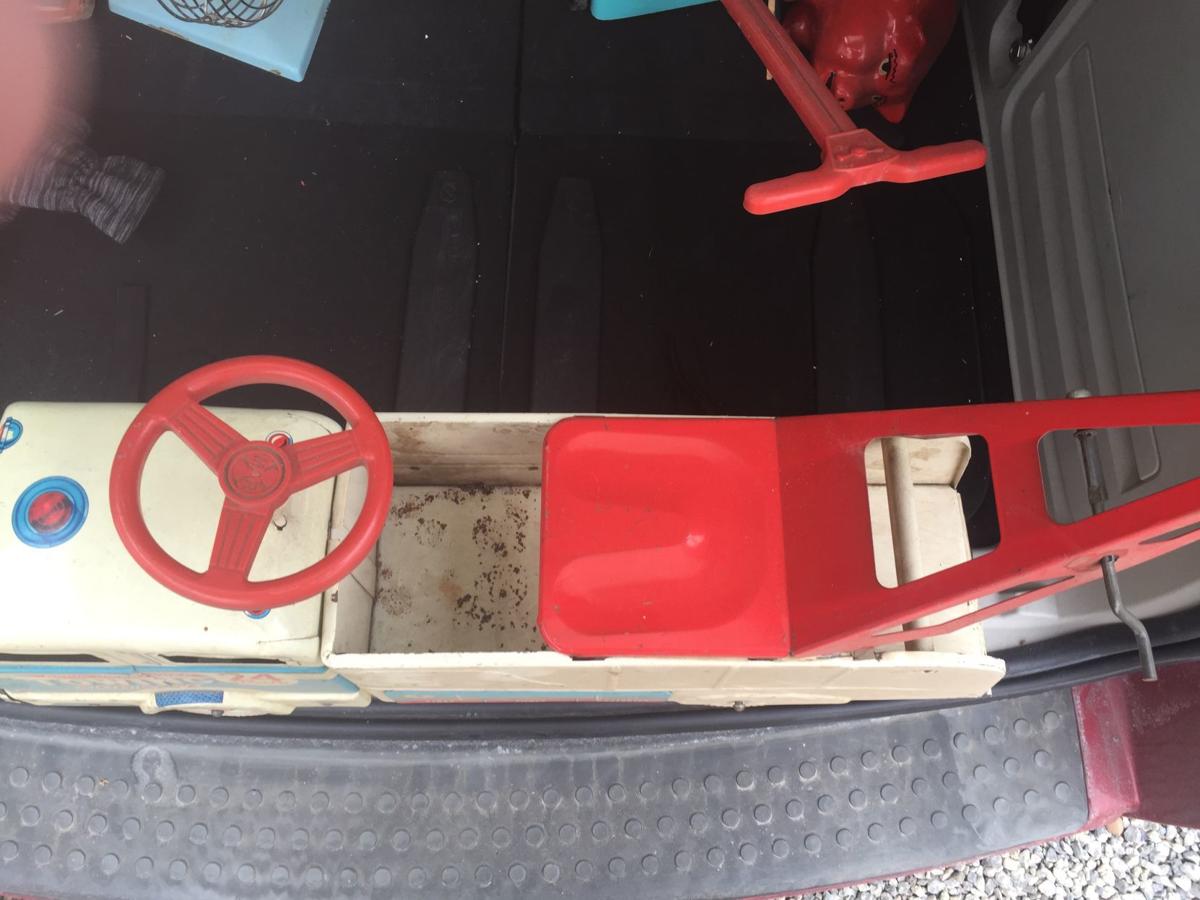 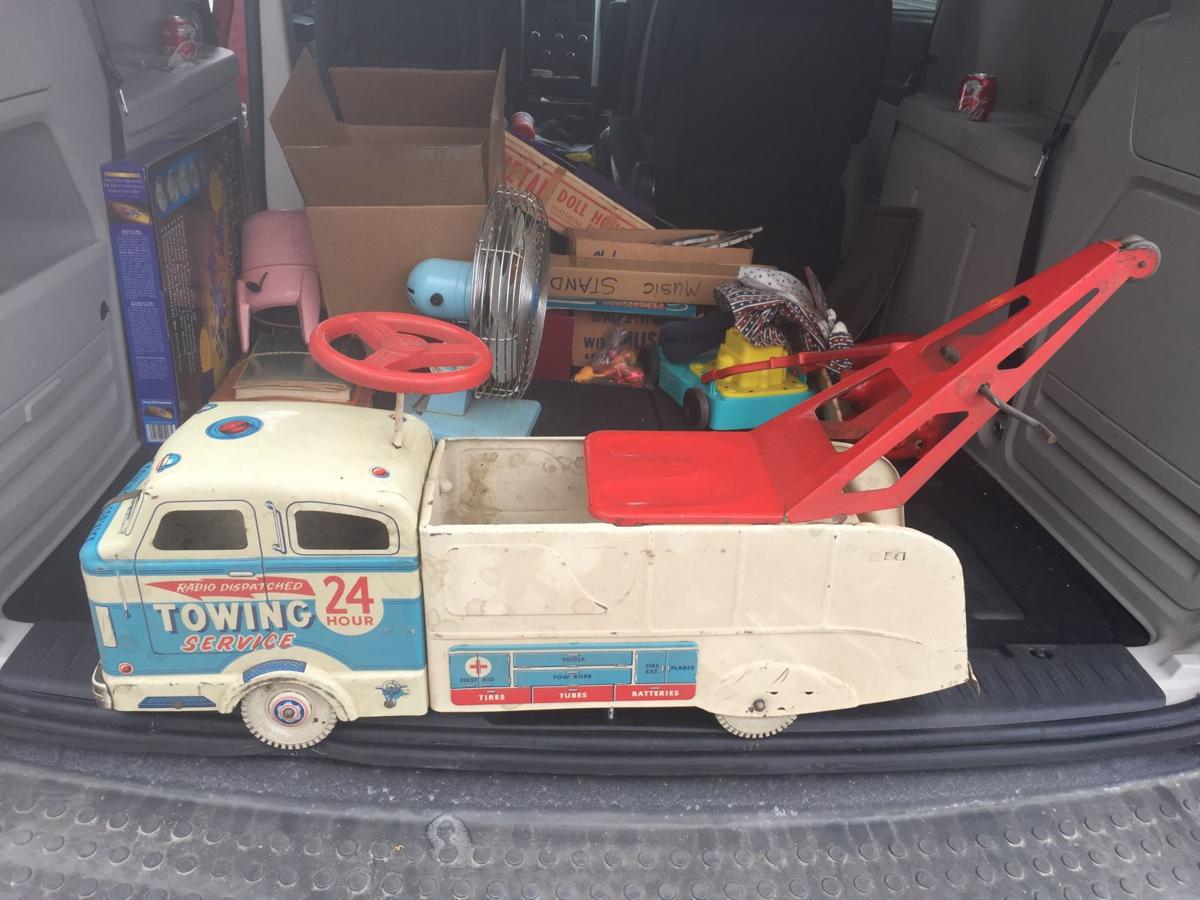 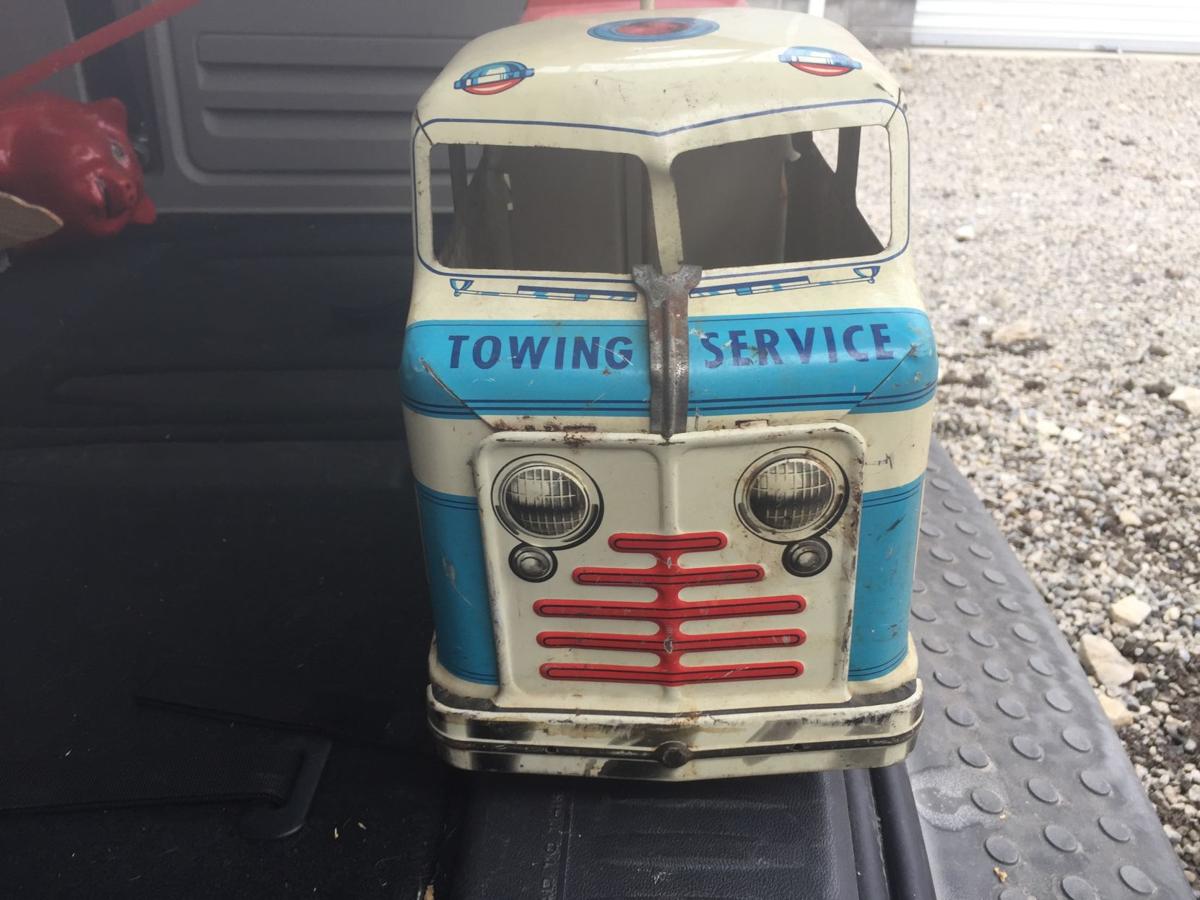 I have a basketball program from the Saturday, January 31, 1965, NBA basketball game between the Philadelphia 76ers and the Cincinnati Royals that took place at the Philadelphia Convention Hall. The cover features a picture of 28-year old Wilt Chamberlain. The page advertising Formost Kosher Smoked meats is signed in ink by Steve Courtin, Hal Greer, and Chet Walker and by Dolph Schayes in pencil. I personally watched each of the players sign the page. What is the program worth? – SD, Lansdale, PA, Email Question

You did not indicate if the Formost page was the back cover. The value changes if it is. When framing an autographed interior page, it is customary to frame only that one page. If the back cover is signed, then the program can be framed to show the front and the back cover, thus making a more attractive framed item as well as adding a sense of perspective as to when and where the signatures were acquired.

I found a listing for a March 5, 1965 Philadelphia 76ers vs. the Boston Celtics program for a game at the Philadelphia Convention Hall. Wilt’s picture was no longer on the cover. The good news is the back cover contains the advertisement for Formost Kosher Smoked Meats that is identical to the page signed on your program. Hence, I assume your signatures are on the back cover of the program, a display plus.

There are several considerations in valuing the program. First, did the 76ers win the division or national championship in 1965? The answer is no. Hence, the added boost to the value of the program that would have resulted if the 76ers had won either is missing. As a result, the program’s maximum value rests heavily in the Philadelphia regional market.

Second, when dealing with a group of signatures, it is not possible to add up the value of all the signatures independently and arrive at a final value. The standard approach is to take the value of the highest valued signature and add a slight premium. Actually, all three players’ period signatures are in the $15.00 to $25.00 range.

The reason the above signatures are so low is that Hall Greer, Dolph Schayes, and Chet Walker signed so many autographed collector edition items that the secondary market is flooded with them. Most sell under $20.00, far below their initial selling price. Only sophisticated autograph collectors distinguished between a period autograph and one signed later.

I have a form letter from President Franklin Roosevelt accompanied by a handkerchief machine embroidered in one corner: “HAPPY / [signature] Franklin D. Roosevelt / DAYS.” The letter is on THE WHITE HOUSE / WASHINGTON” letterhead and dated September 5, 1933. It reads: “My Dear Mr. and Mrs. Arness / The President asked me to extend his hearty congratulations on the birth of your son, Franklin Delano Arness and to send you herewith a small memento for his namesake. He hopes that the little boy will have a happy, active, and useful life / Very sincerely yours, / [signature} / M. A. LeHand / Private Secretary.” The envelope is addressed to Mr. and Mrs. Ben Arness/ Park River/North Dakota. What is the value of the envelope, letter, and handkerchief? – BC, Milton, DE, Email Question

The letter with Marguerite Alice “Missy” LeHand (September 14, 1896 – July 31, 1944) has more value than the handkerchief. LeHand was Franklin D. Roosevelt’s private secretary for 21 years. At one point, she functioned as the White House Chief of Staff. She began working for Roosevelt during his vice-presidential campaign. Following the Democrats’ defeat, Eleanor invited Marguerite to come to Hyde Park to clean up campaign correspondence. FDR hired LeHand to work for him on Wall Street where he was a partner in a law firm. After FDR was paralyzed in August 1921, LeHand became his daily companion. She accompanied FDR to Warm Springs, Georgia where he went for treatment. She served FDR as his personal secretary during his period as Governor of New York and as president during his first two terms and the first year of his third term. She suffered a stroke in 1941. Scholars are divided as to whether their relationship had a romantic and sexual side. Between 1933 and 1940, LeHand had a romantic relationship with William C. Bullitt, Jr., U.S. Ambassador to Russia and later France.

An envelope addressed to Mrs. T. H. H. Riley in Forgan, Oklahoma, a letter dated August 25, 1933, and handkerchief identical to the one in your possession sold through on eBay on July 19, 2011 for $129.41 as reported by WorthPoint.com. Although the secondary market for FDR material of this nature has been stable over the last decade, your collection of envelope, letter, and handkerchief is not readily available on the secondary market. Its value is between $150.00 and $175.00.

I have a Louis Marx, pressed steel Towing Service Ride on Wrecker Truck that dates from my childhood in the early 1960s. The truck is in excellent shape given its age. I am interested in any history of the truck, its value, and suggestions you might have for selling it. – PS, Cortland, OH 44410

Toys, like so many collectibles, are graded on a scale condition scale of 1 to 10. Individuals unfamiliar with the scale often over grade their toys, often by as much as two or three condition grades. This is true in your case.

The pictures that accompanied your email indicate the Marx Towing Service Ride on Wrecker has rust spots on the front and interior floor of the body. The truck shows signs of modest play and is in an unrestored state. The condition grade is 5 out of ten. You might be able to push it to 5.5 or 6 but not to an experienced toy collector.

Marx made ride-on toys starting in the 1950s. The Pioneer Express, a ride-on toy train, was one of the first ride-on toys Marx produced. By the middle of the 1960s, plastic replaced pressed steel. I was not able to find detailed information about your Towing Service Ride on Wrecker online.

A current (March 2020) eBay seller is asking $275.00 plus $60.00 shipping for an example that is heavily played with and in questionable restorable condition. It is greatly overpriced in my opinion. WorthPoint lists a similar but not identical example in the same condition to the one you own that sold on eBay on August 6, 2018, for $295.00. My recommendation is to think conservatively. Your Marx Towing Service Ride on Wrecker has a value between $235.00 and $250.00.

My advice is to list it on eBay for $235.00 plus shipping and undercut the price of the lesser quality example. This should sell it quickly.

READER’S RESPONSE: Tom Carrier offered the following information in a February 3, 2020 email in response to my answer to a question about a card for a Columbine aircraft that occasionally served as Air Force One:

“Being a presidential memorabilia collector since 1985, I was quite curious about the Columbine item. Early presidential items from that period, particularly for presidential transportation, are rather rare. It just was not considered important enough to warrant great attention.

“Harry raises an interesting point about whether the card accompanied the exhibit of the Columbine. If so, the card would have a value of $20.00 to $25.00. However, if the card was acquired by a passenger who flew on the Columbine during the time of official presidential travel (as cards for the current Air Force One are given to passengers today), then the value would be nearer the $100.00 to $125.00 mark. More images of the card would be needed to know for sure.

“Just a side note: The term Air Force One does not denote an aircraft. It denotes a person—the president. Whatever aircraft upon which the president flies, whether the current 747 or a crop duster, its call sign always will be Air Force One. Once the president exits the aircraft, the call sign reverts to its civilian or military designation….