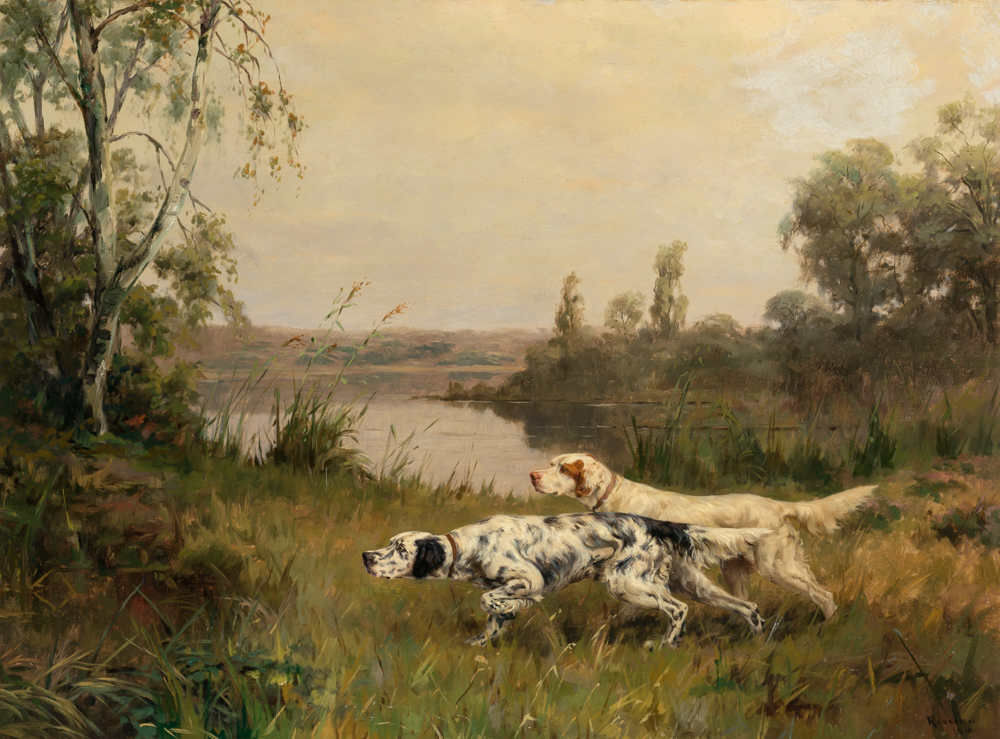 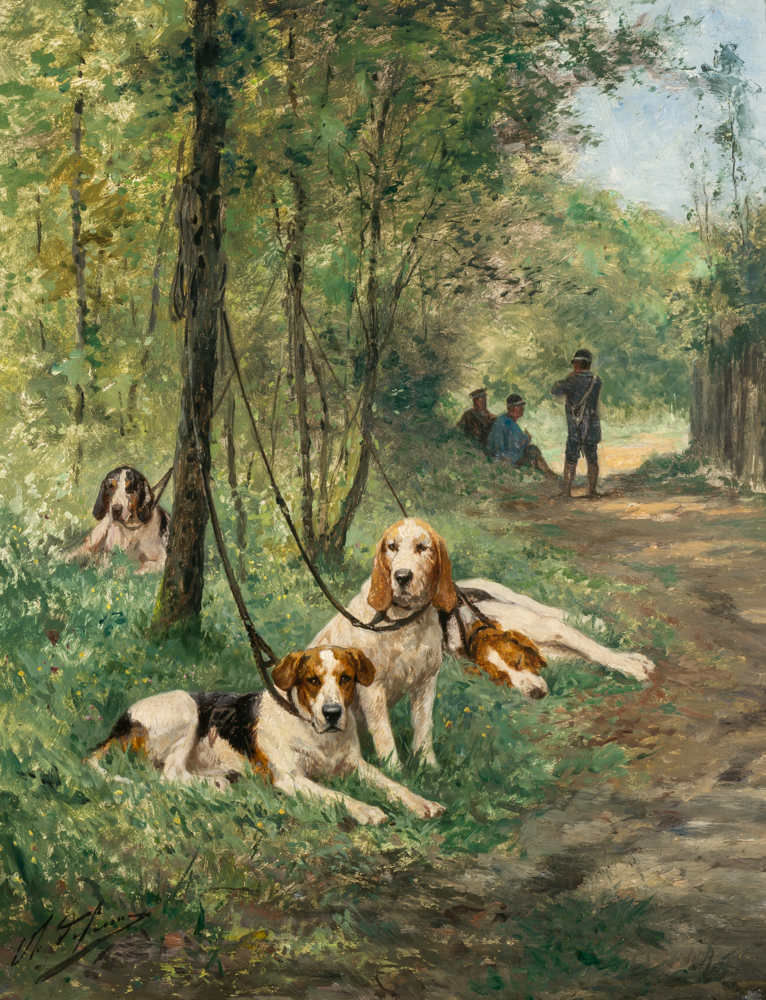 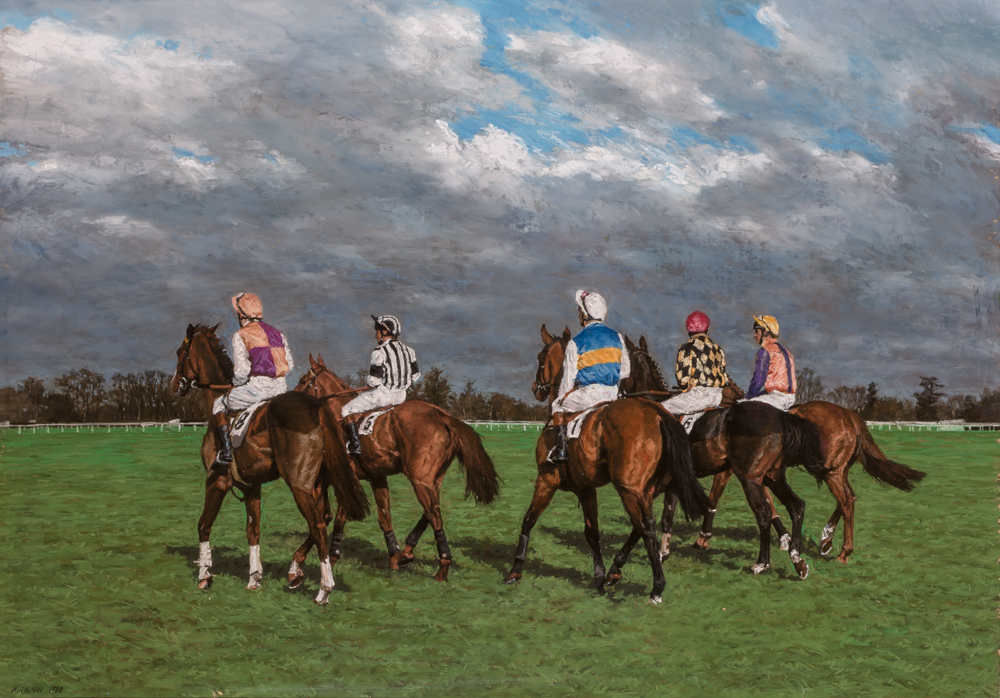 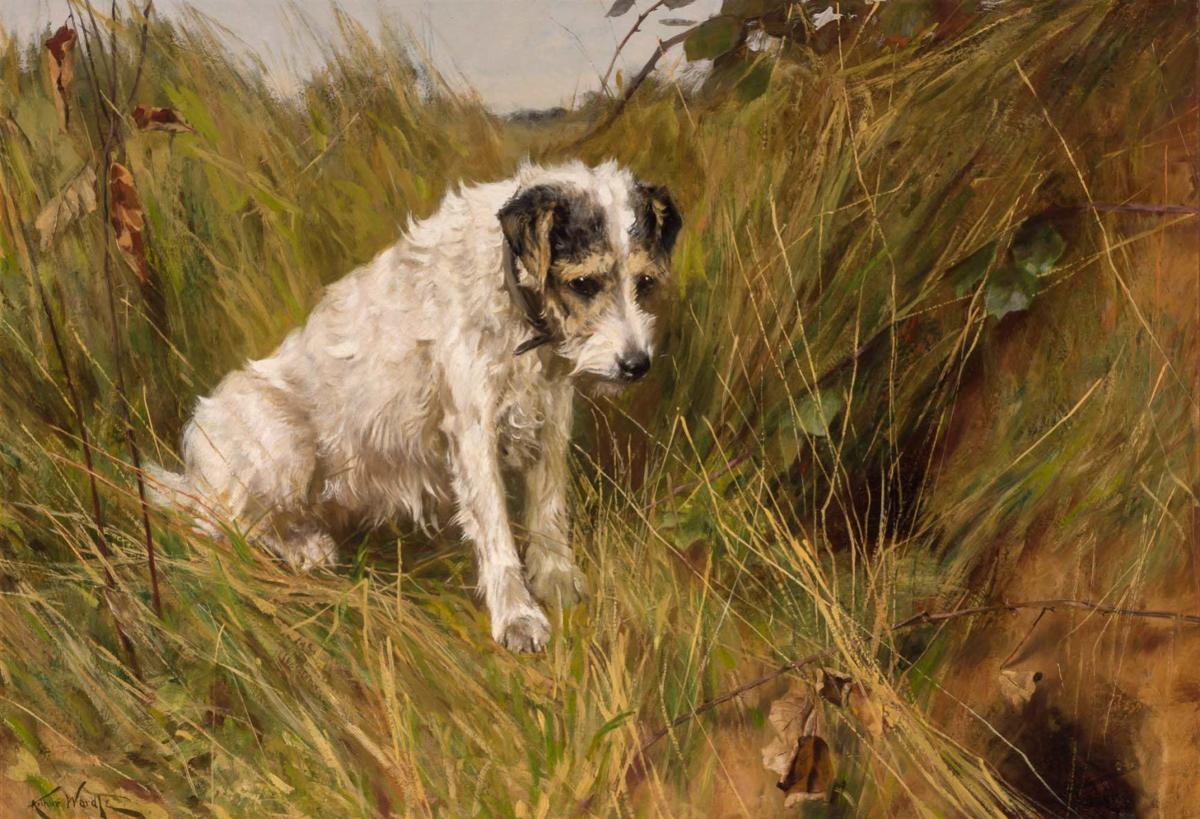 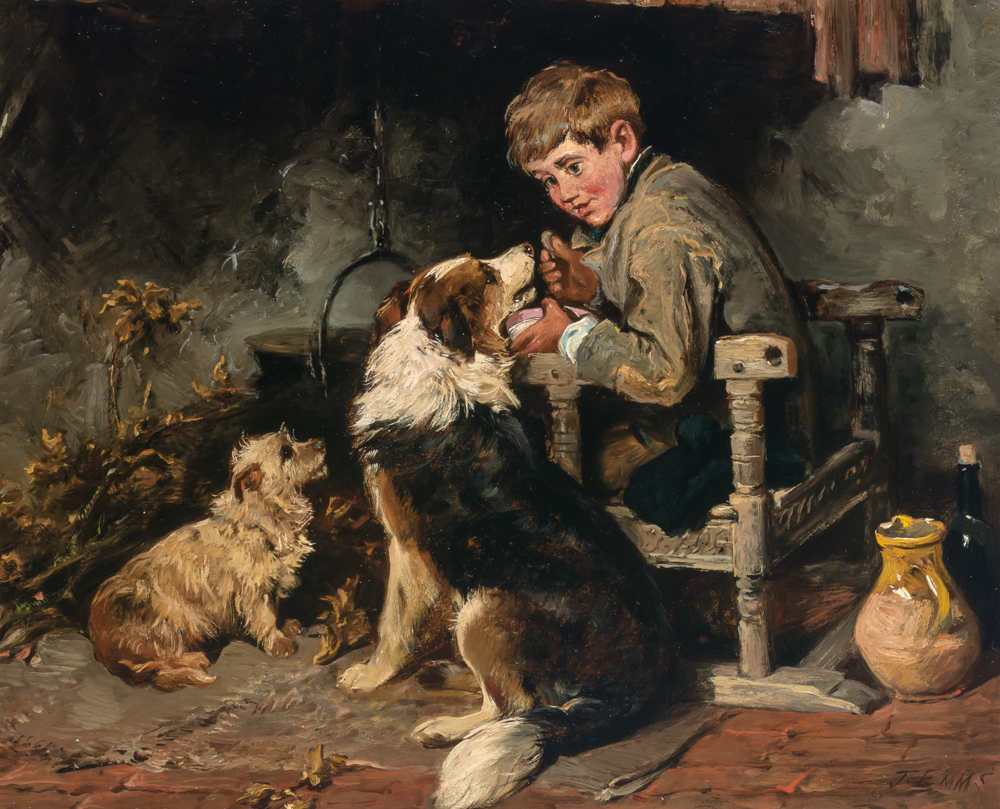 Sir Thomas Gainsborough enjoyed painting his friend’s white Pomeranian so much in the 18th century the dog showed up in his most important commissions. He said dogs were easier to paint and more sympathetic than their owners.

Canine artists like Gainsborough didn’t have the luxury of painting from photos. They had to capture the essence of these furry beasts whether they were sleeping, squirming or heading for the door.

There’s probably no other species more immortalized in art than dogs. No surprise they show up on cave walls.

“The average dog is a nicer person than the average person,” news commentator, Andy Rooney said. Maybe that’s the fascination.

Dogs give a lot and ask a little. That kind of devotion breeds dedication.

“Once you have had a wonderful dog, a life without one, is a life diminished,” said author Dean Koontz.

In the days following the World Trade Center bombing the ferry shuttling victims’ families to and from the place where the building once stood always had a dog on it. And there was always someone on the ferry who needed to pet the dog.

“You’re so alive,” said one grieving family member as she picked up a small caramel-and-white dog named Annie on her way to the disaster site. Twice-a-day on the three-mile trip down the Hudson River to ground zero, the ferry carried Annie or one of several dozen other dogs like her. Annie seemed to sense the people who needed her most and provided a brief, honest reprieve to unimaginable suffering.

“They can tell,” one woman said, “if your heart is broken.”

There were 350 search-and-rescue dogs at the wreckage site doing 12-hour shifts. Working alongside their human comrades they did everything asked of them and more.

Dog painting was popularized in the 19th century. People wanted their pet’s individual expression celebrated in oil. They appreciated the real combined with the ideal. Personality was as important as form.

Queen Victoria’s favorite painters included Edwin Landseer and contemporaries like Maud Earle and John Emms. Landseer painted many of the Queen’s hounds. With the Victorians, dogs came out of the doghouse and into the house.

The dog’s essence had a powerful hold over humans and that’s what they wanted to see captured on canvas. Dogs nuzzling up to humans, chasing rabbits, mimicking their masters playing poker, it was all delightful.

Because of his detailed anatomies and coat textures, British painter, Richard Ansdell is considered one of the finest 19th century animal artists. Another painter, French artist Antoine-Louis Barye focused almost exclusively on wild animals in the 19th century as well as equestrian and sporting groups.

Collecting dog art is much the same as collecting other art. Major considerations include the artist and is the painter listed in biographical reference books? How well is the painting executed? Is the panting signed and what’s the condition?