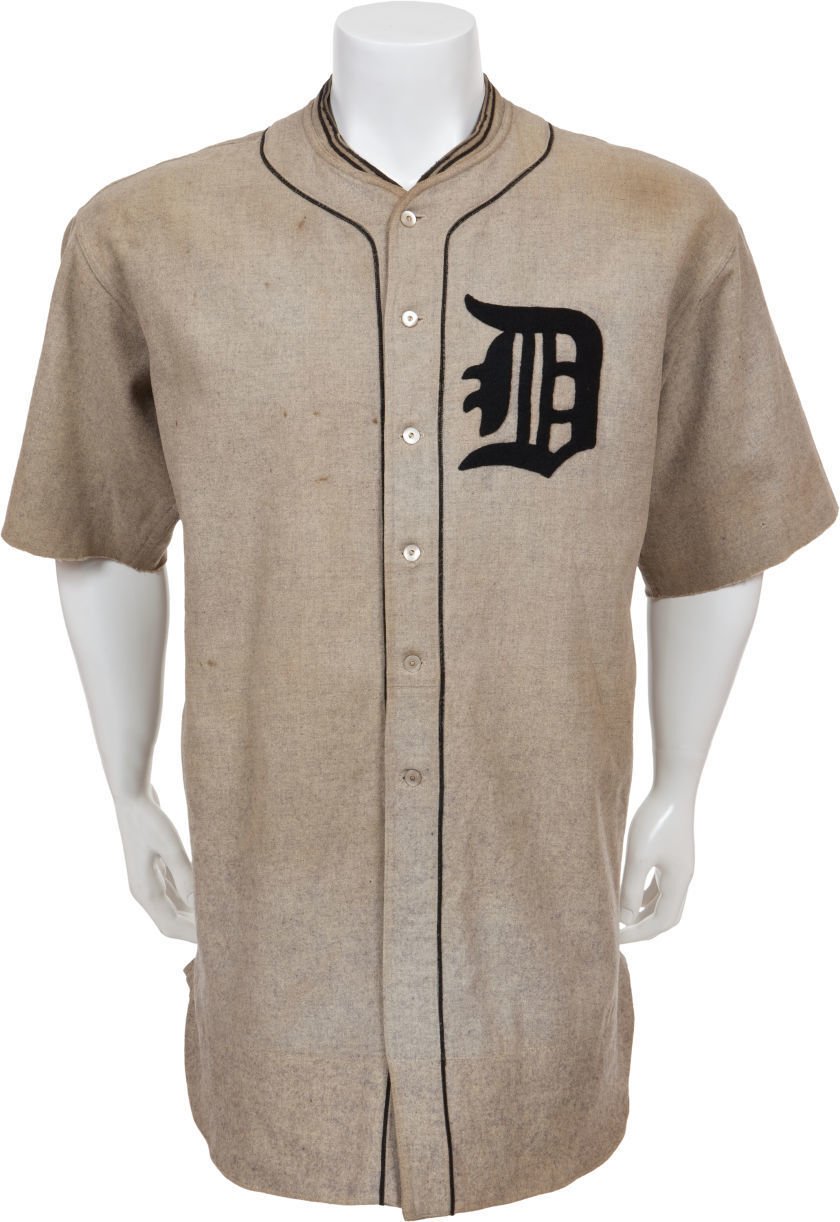 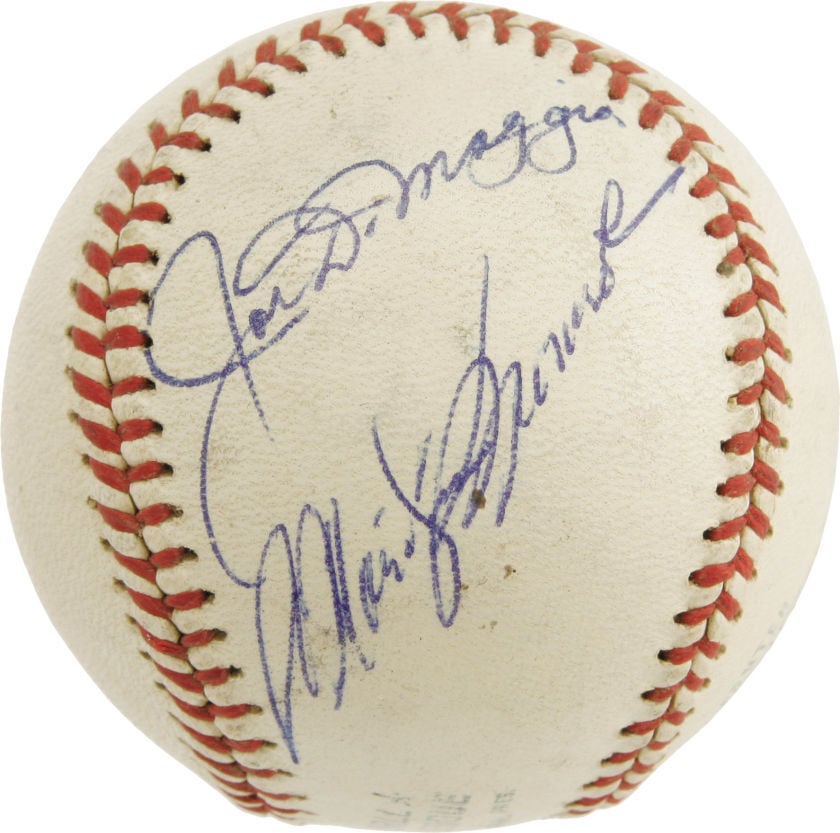 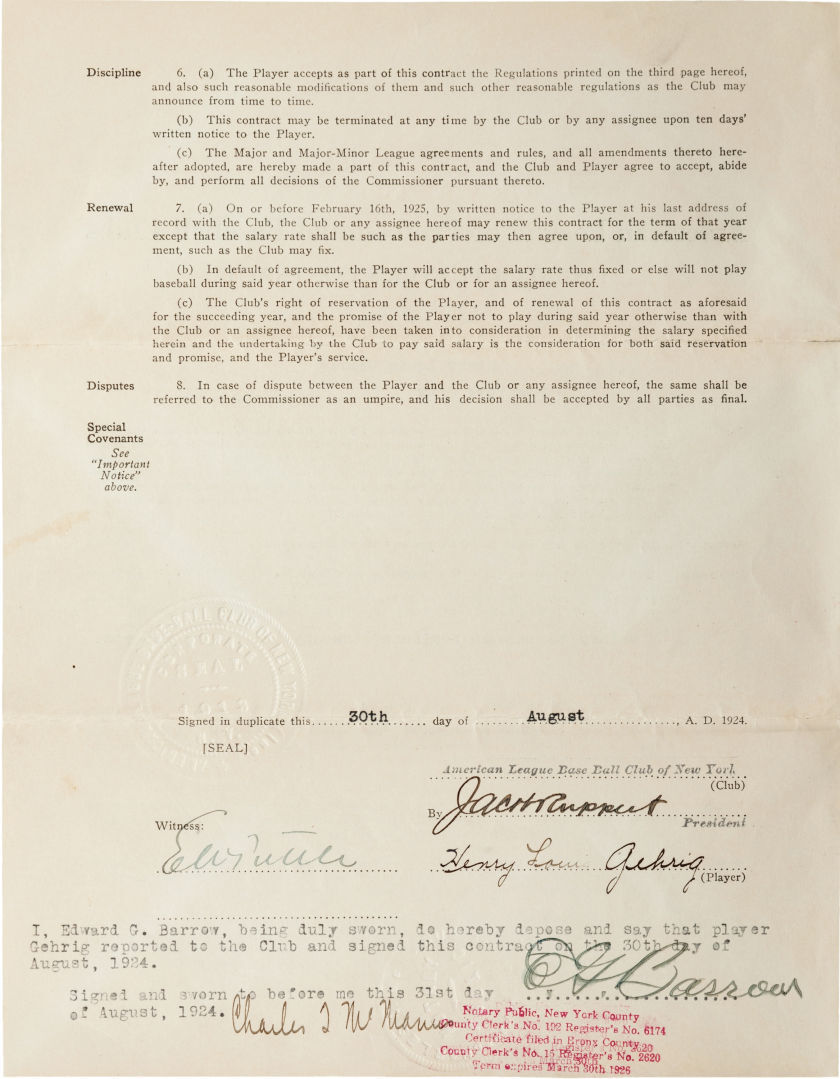 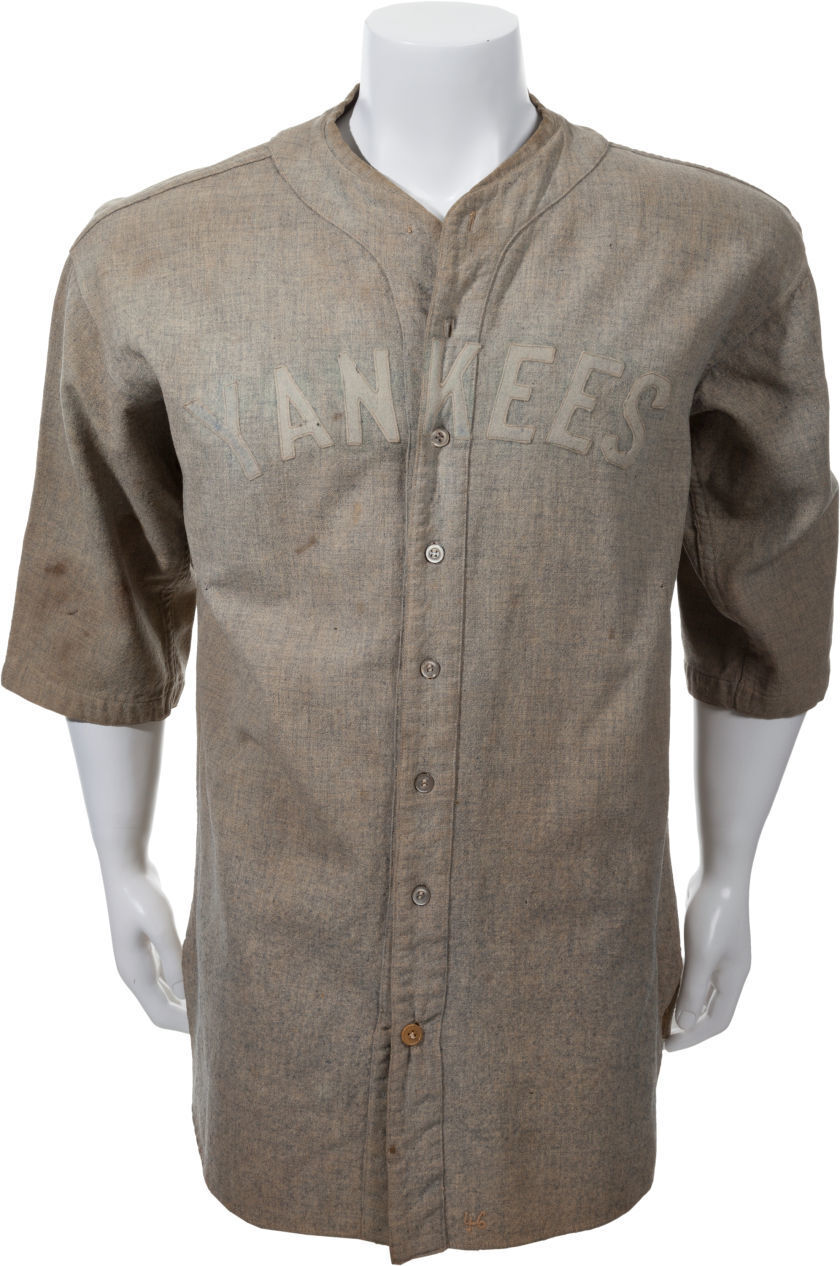 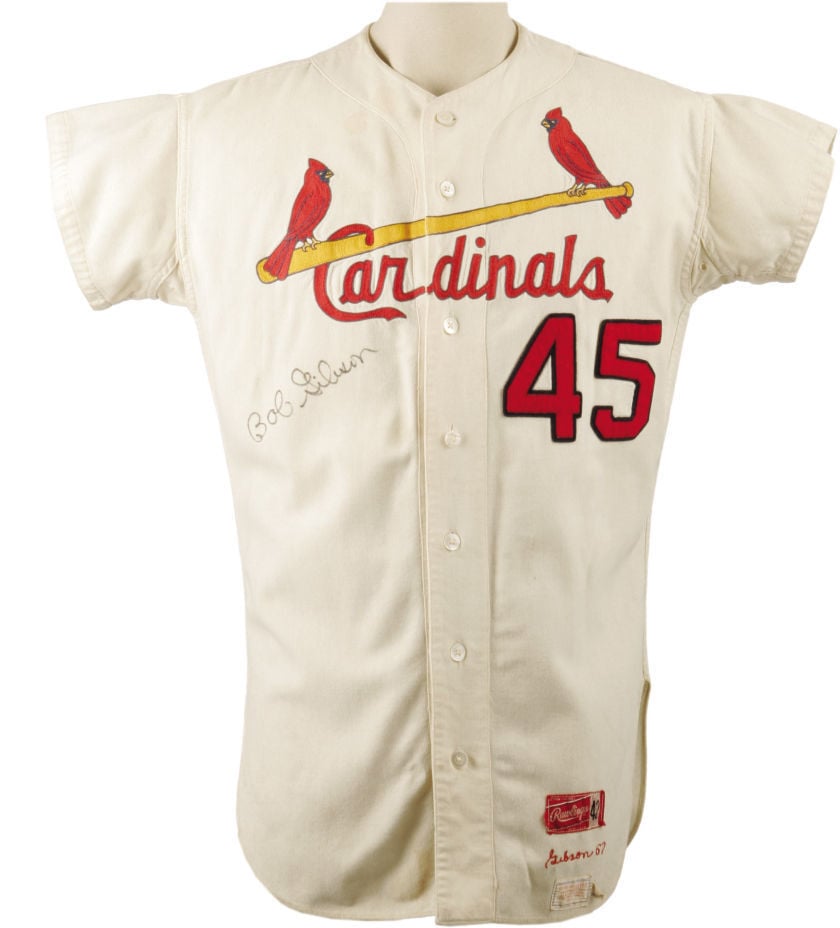 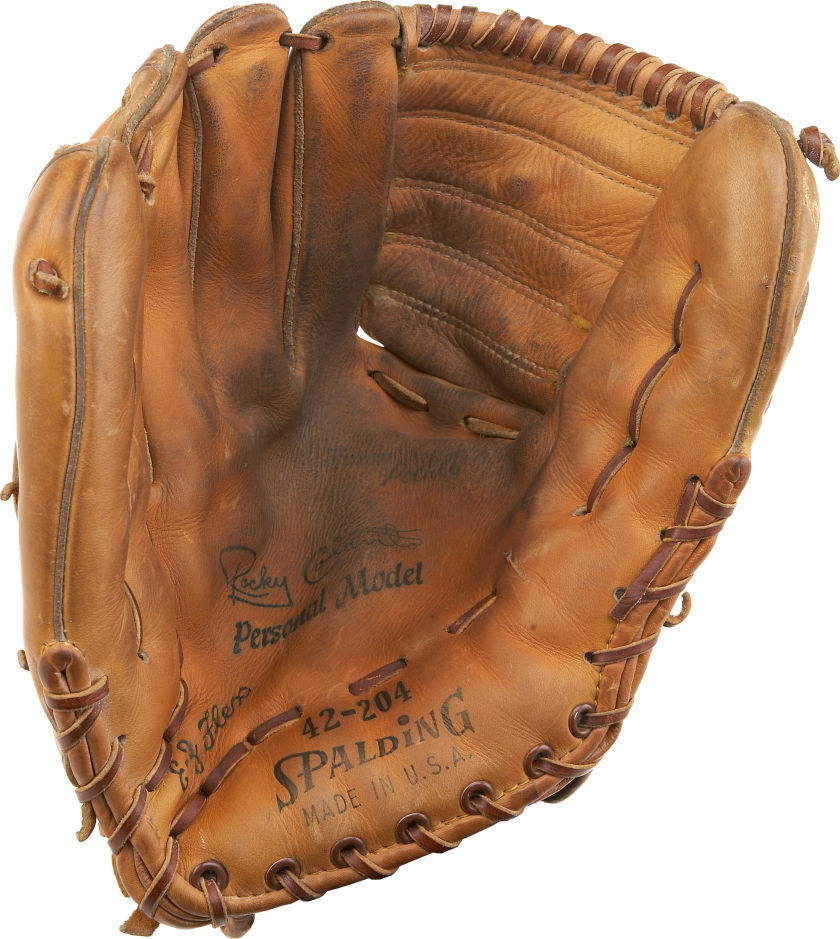 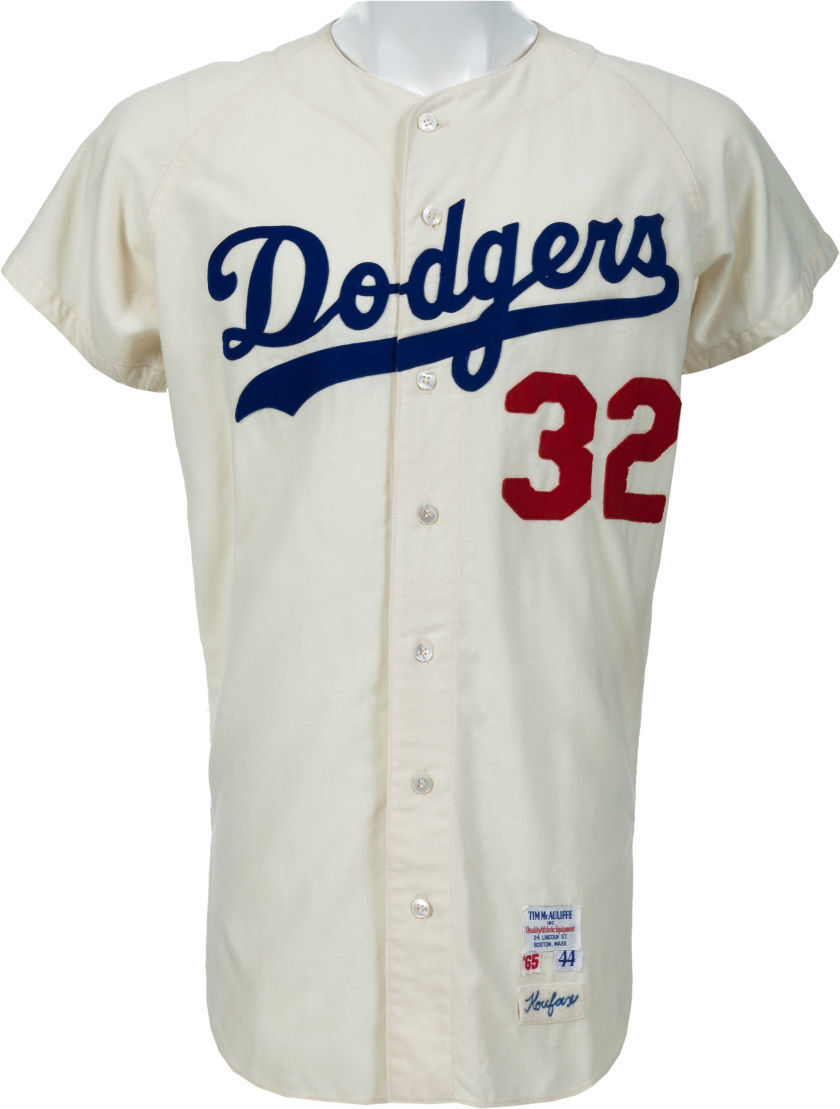 In my last column, I made mention of “my baker’s dozen” of the most collectible baseball players. However, from that list I only discussed Babe Ruth and Mickey Mantle in that column. The remaining players from this dream list are: Ted Williams, Willie Mays,

Roberto Clemente, Lou Gehrig, Ty Cobb, Jackie Robinson, Joe DiMaggio, Bob Gibson, Sandy Koufax, Honus Wagner, and finally Derek Jeter. As a reminder, I am only referring to their sports memorabilia that have appreciated in value over the years.

Space permitting, let me site two or three sales of items of each of these superstars.

Let’s first take Ted Williams, the Splendid Splinter. A 1947 game-used Williams bat was sold for nearly $78,000 at a Heritage auction. Keep in mind that 1947 was Williams’ Triple Crown season, so the value would be more. Another one of his items that was sold at auction was his 1955 game-worn glove that fetched slightly over $71,000. That was a real bargain since there are only three other Williams gloves known to exist. Consider yourself very fortunate if you own a Williams glove.

Next up is Roberto Clemente. His memorabilia has become increasing more valuable especially with baby boomers. His humanitarian efforts have become legendary. Available Clemente items have become very scarce. A 1971 game-used signed Clemente bat was privately sold for over $45,000 this year. In 1971 Clemente was named the World Series MVP. Even the baseballs Clemente signed go for top dollar. His circa 1970 single-signed baseball, an Eastern Airlines ball, was sold for nearly $39,000 at auction in 2013.

Moving along, Lou Gehrig, the Iron Horse, unfortunately passed away in 1941 at age 37. His memorabilia is very desirable and quite scarce. His 1924 signed New York Yankees rookie contract was sold at auction for over $358,000. Wow! Baseball fans know that Gehrig was part of the Yankees’ 1927 Murderers’ Row, which also included Babe Ruth and Tony Lazzeri. Gehrig’s 1934 uniform that he wore on a tour of Japan sold for nearly a cool half million. And his 1927 game-worn New York Yankee jersey was sold for even more. Would you believe it sold in 2013 for $717,000?

Naturally, Jackie Robinson’s memorabilia are in high demand. A letter that he wrote to Dodger General Manager Buzzie Bavasi regarding ending his relationship with the team, was auctioned in 2013 for nearly $42,000, while a 1950 Robinson bat went for over $71,000. However, it should be noted that the bat Robinson used in his Major League baseball debut on April 15, 1947, against the Boston Braves has never been positively found. It would make for a nice surprise if someone found it in their attic.

Joe DiMaggio, the Yankee Clipper, once gave a bat from the 1950 World Series to a Yankee batboy. The batboy kept it for several years and auctioned it in 2005 for $70,000. That would be a nice bonus for being a batboy. DiMaggio’s 1950 game-worn jersey fetched $90,000. But best of all, a baseball signed by DiMaggio and Marilyn Monroe sold $191,000 in a 2006 Heritage auction. I wish my wife’s signature was worth a fortune.

How about Honus Wagner, who, along with Tony Gwynn, each won eight National League batting titles. Of course, Wagner is most recognized by collectors for his ultra-valuable T206 baseball card. The card is considered the “Holy Grail” of sports cards. The most pristine T206 of the 25-30 Wagner cards is commonly referred to as the “Gretzsky card” and has been sold for as much as $3.1 million at auction. If you have a Wagner card, no matter what condition the card is in, its value is nothing to sneeze at.

Lastly, we have Derek Jeter, the most recent of my baseball player collectible bucket list. A World Series game-used Jeter rookie bat from 1996 sold for nearly $155,000, and a 2005 game-used jersey went for $42,000. His universal popularity will mean that his items will continue to rise. My advice is to obtain a Jeter item if you can since its value will increase in time.

So there you have it. My list of the most collectible baseball players of all-time. Of course, there are some current players which collectors should take note. They include Mike Trout, Clayton Kershaw, Miguel Cabrera, Yasiel Puig, among others.