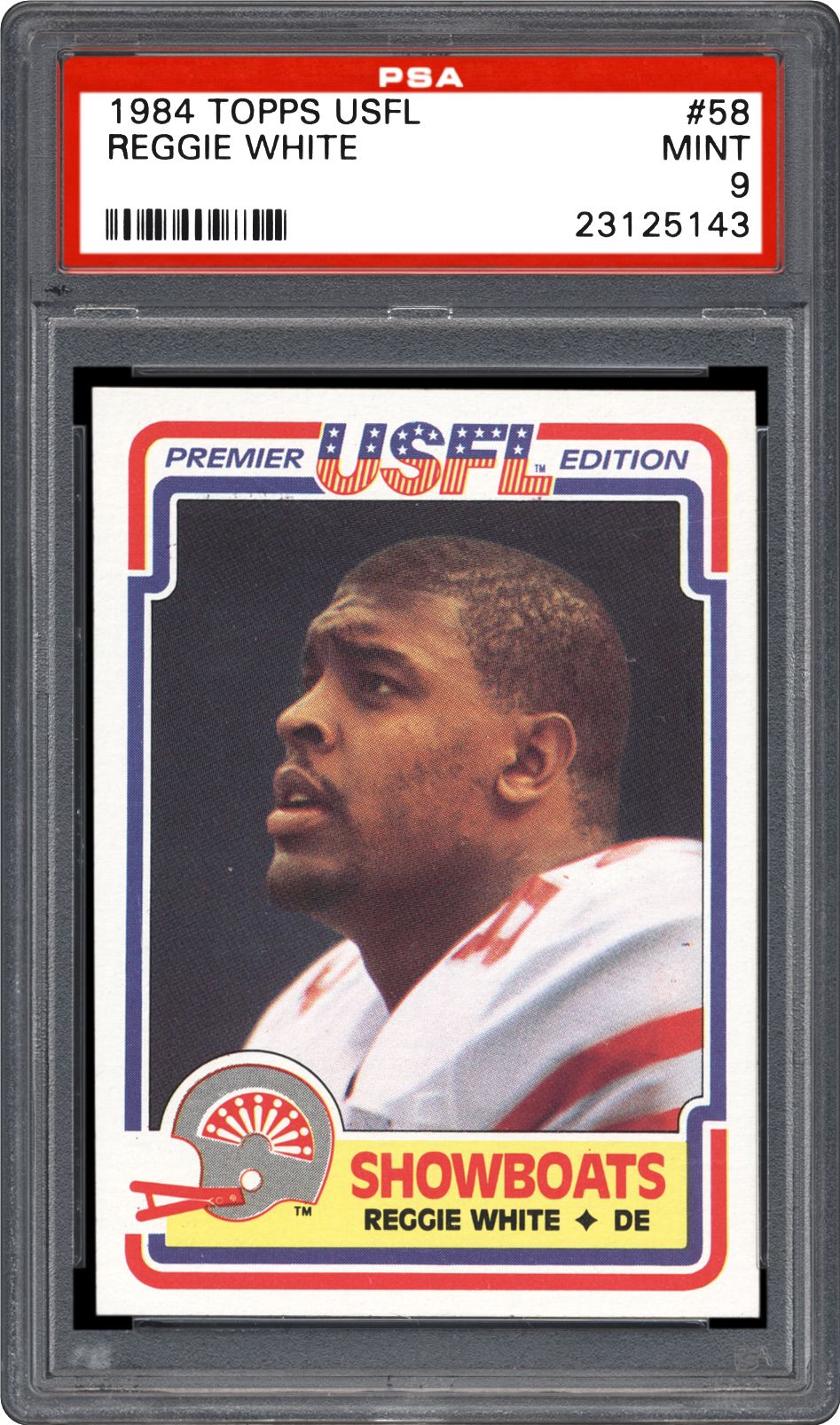 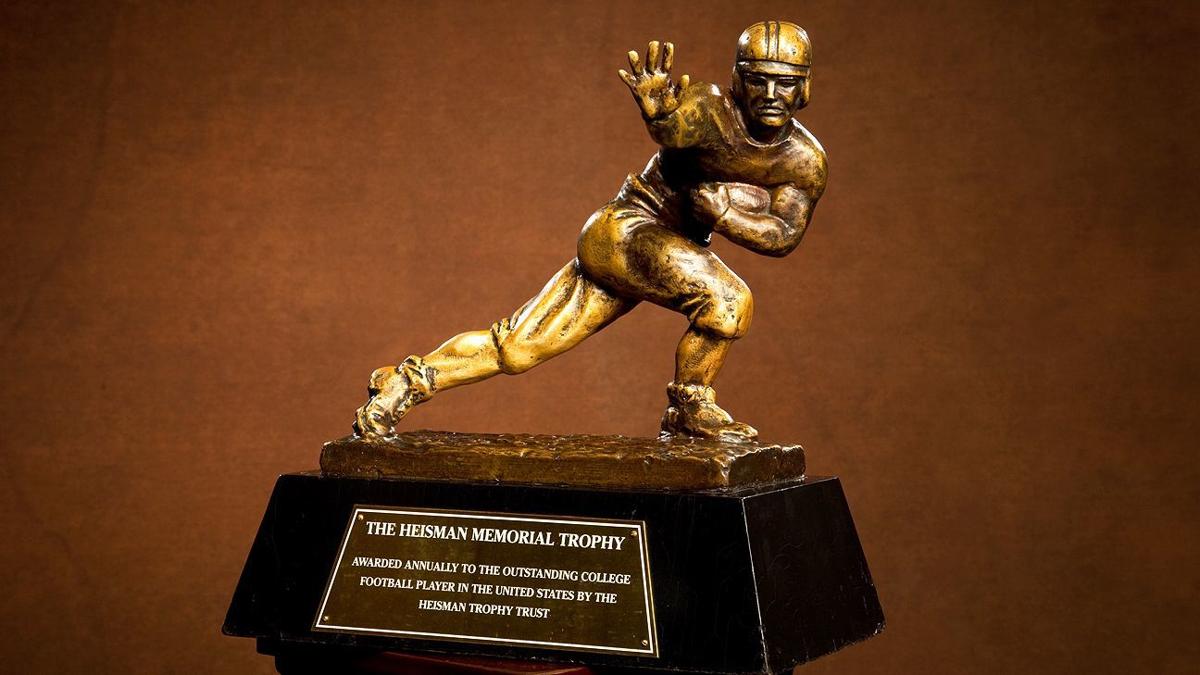 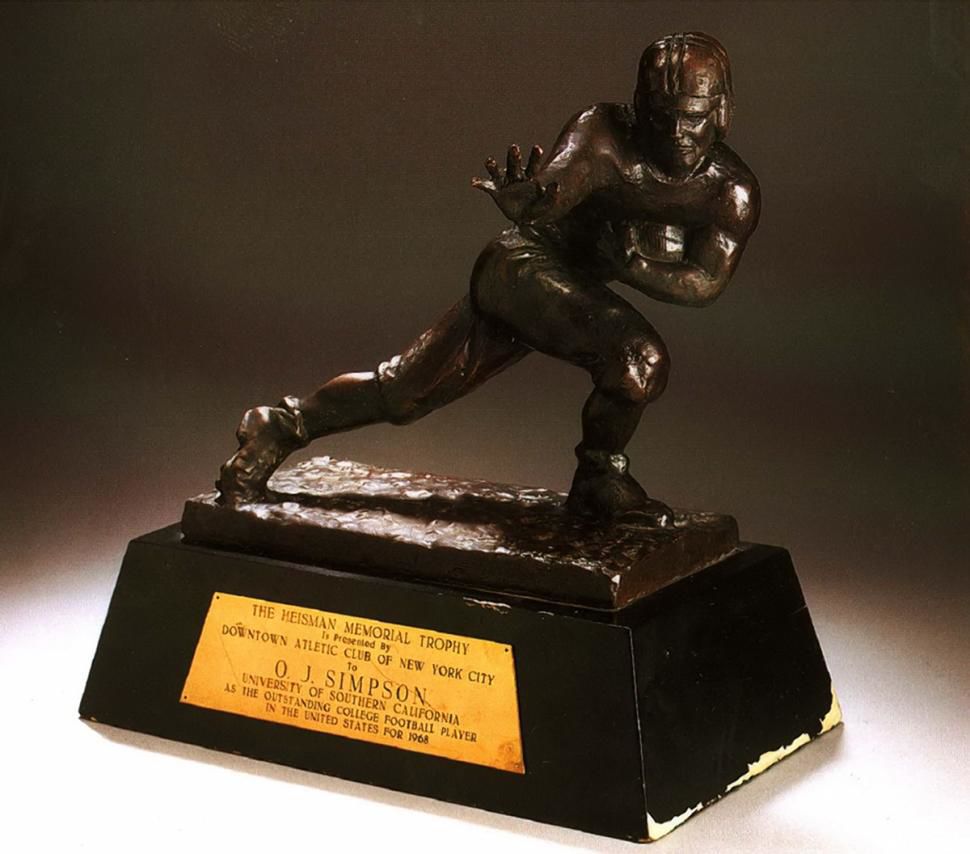 The Heisman Trophy is the most prestigious college football award.  Now, before you get your heart set on collecting the trophy itself, let me just say that the prices for them are staggering, as in the record price of $395,240 for the Heisman won by Minnesota halfback Bruce Smith in 1941.

The great Paul Hornung sold his Heisman—and raised $250,000 to endow student scholarships for the University of Notre Dame.  The arrangement specified that the money would go to aspiring students from his hometown of Louisville, Kentucky.

On a notorious note, O.J. Simpson’s Heisman sold for $230,000 as part of the settlement of the civil action brought against him by the family of Ronald Goldman.  It was the first Heisman ever to be auctioned, and, interestingly enough, the trophy’s plaque misspells the word athletic; it’s missing the “h.”

So you can see that the Heisman itself is not the most accessible collectible.  But there is a neat approach to the Heisman Award that some collectors have taken:  collecting memorabilia associated with each of the Heisman winners.  That can be quite a challenge when you consider that the first recipient was Jay Beranger of the University of Chicago in 1935.

But that’s one of the things that makes collecting fun—the thrill of the hunt. There are many other types of football memorabilia.  It all depends on your imagination, interests, space, and, oh, yes, that old bugaboo…budget.

In terms of the unusual collectible, I know a football fan who hunts down testimonial dinner programs.  He displays several of them in his office.  I’ve got to admit that I have one of those, too.  It came from a gala in honor of the late Heisman Trophy award winner, Ernie Davis.  The program is actually signed by him.

Another collector acquaintance of mine has put together an impressive display of memorabilia from players and teams in the CFL, the Canadian Football League.  Doug Flutie and Warren Moon were both stars in the CFL.

There are collectors specializing in items from the USFL, the United States Football League.  The leagued launched in 1983 and ceased business after being awarded only $1 on July 29, 1986 in its lawsuit against the NFL.  The USFL produced plenty of stars for the NFL, including Jim Kelly, Reggie White, and Steve Young.  Their marquis player was Hershel Walker, but my personal favorite was Rick Neuheisel of the San Antonio Gunslingers.  You can buy card sets of the USFL from 1984 and 1985 for reasonable prices.

Other collectors love to acquire pennants.  There are even pennants of the old AFL and USFL, which can generally be bought for less the $50.  Of course, a more vintage pennant, let’s say of the Green Bay Packers of the 1960s, would likely run you a couple of hundred dollars, depending on conditions.  But that’s a whole lot more affordable than those Heisman Trophies.

Some collectors even track down football board games.  The one that comes most immediately to mind for me is Electric Football.  Let me tell you, that game was a gem.  My game was played between a team from the NFL and one from the AFL in the Super Bowl.  Oh, boy, that was a kick.  But you have to be careful with old games because you don’t know if you’ll break them if you actually play them.  Sometimes the boxes can look pretty shabby, too.

Me?  I don’t play them anymore; the collector in me won out over the gamer.  But they sure bring back sweet memories.  And that’s what collecting is all about.