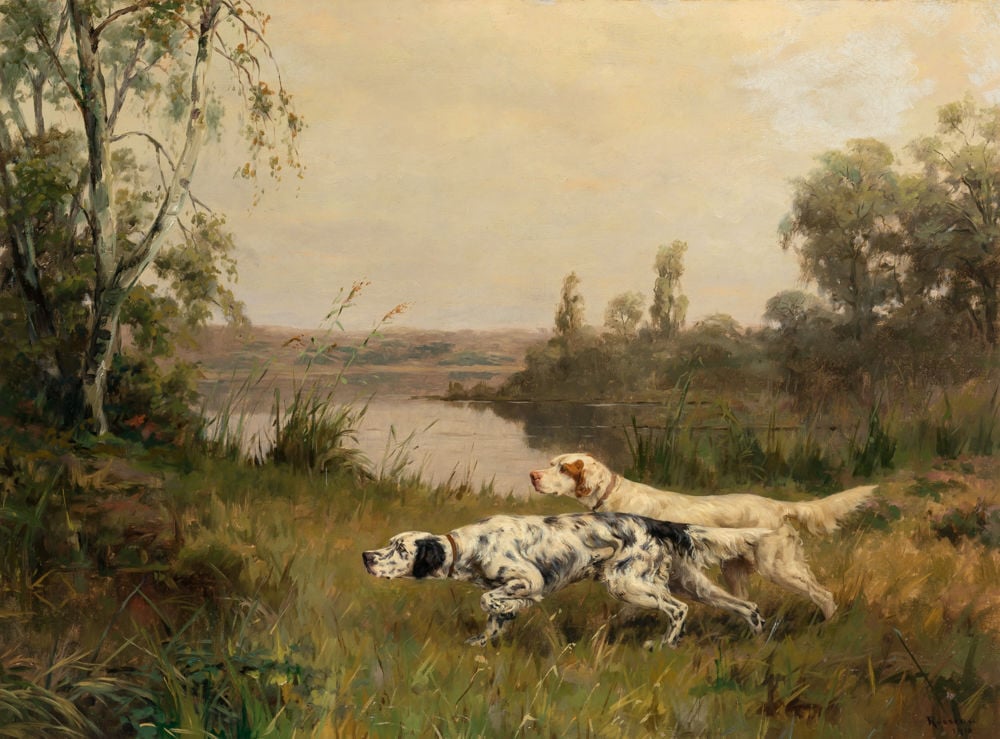 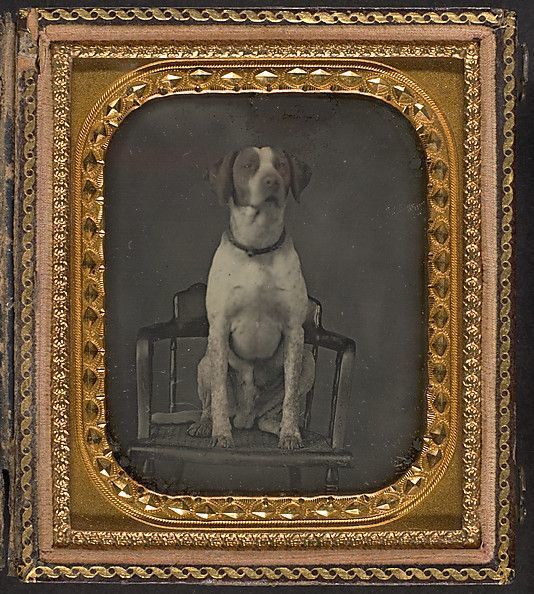 For dog lovers the annual Westminster Kennel Club Dog Show held in conjunction with the William Doyle Auction Galleries dog art auction was is a love fest. Paddles wag as prices zoom. Ever since the first specialized “Dogs In Art” auction over a decade ago, auction collector interest has grown in a category that has remained relatively quiet for years.

Chris Fox, Doyle’s Associate Deputy Director of Americana, filled me in on dog portrait history. While there has been interest in sporting art since the 18th century, serious dog portraiture began in the 1880s with Queen Victoria’s love of dog breeding. The earliest portraits were of hunting hounds followed by lap dogs painted with their mistress’s. In general, paintings have depicted purebreds as sporting dogs to show the animal’s working abilities, highlight the breed’s physical characteristics and as a pet portrait. “There are three categories, Fox pointed out. “Sporting, pet and mixed breed. The breed portraits show how breed standards have changed. For instance, an 18th or early 19th century Pekinese has a snout that is different than today’s dog”. He also noted that often these paintings will have a naïve or “folk” look to them.

Certain dog portrait artists such as John such as John Emms bring top dollar. Two years ago his “A Hound And Puppies” zoomed over estimate and sold for $140,000.

You may be surprised to learn that in the 19th century daguerreotypes often photographed not only people but family pets. Until recently daguerreotypes of any subject sold for only a few hundred dollars. However that all changed when a large collection was sold at a recent Skinner Americana auction. Included were several with dog subjects that sold over a fifty dollar estimate for over $700. The biggest animal seller was of two hunters with dogs. It sold for $18,960.

CLUES: One of the most popular dog painters of the 19th century was Sir Edwin Henry Landseer. The problem for collectors is that many amateurs copied his oils and should be marked “after” Landseer.

According to Chris Fox “usually people collect by breed and quality of the work. Most costly are pictures of such sporting dogs as retrievers, hounds and setters. Next would be Afghan hounds. On the down money scale would be lap dogs (spaniels, terriers and pugs.) Last would be working dogs such as German shepherds and Border collies”.