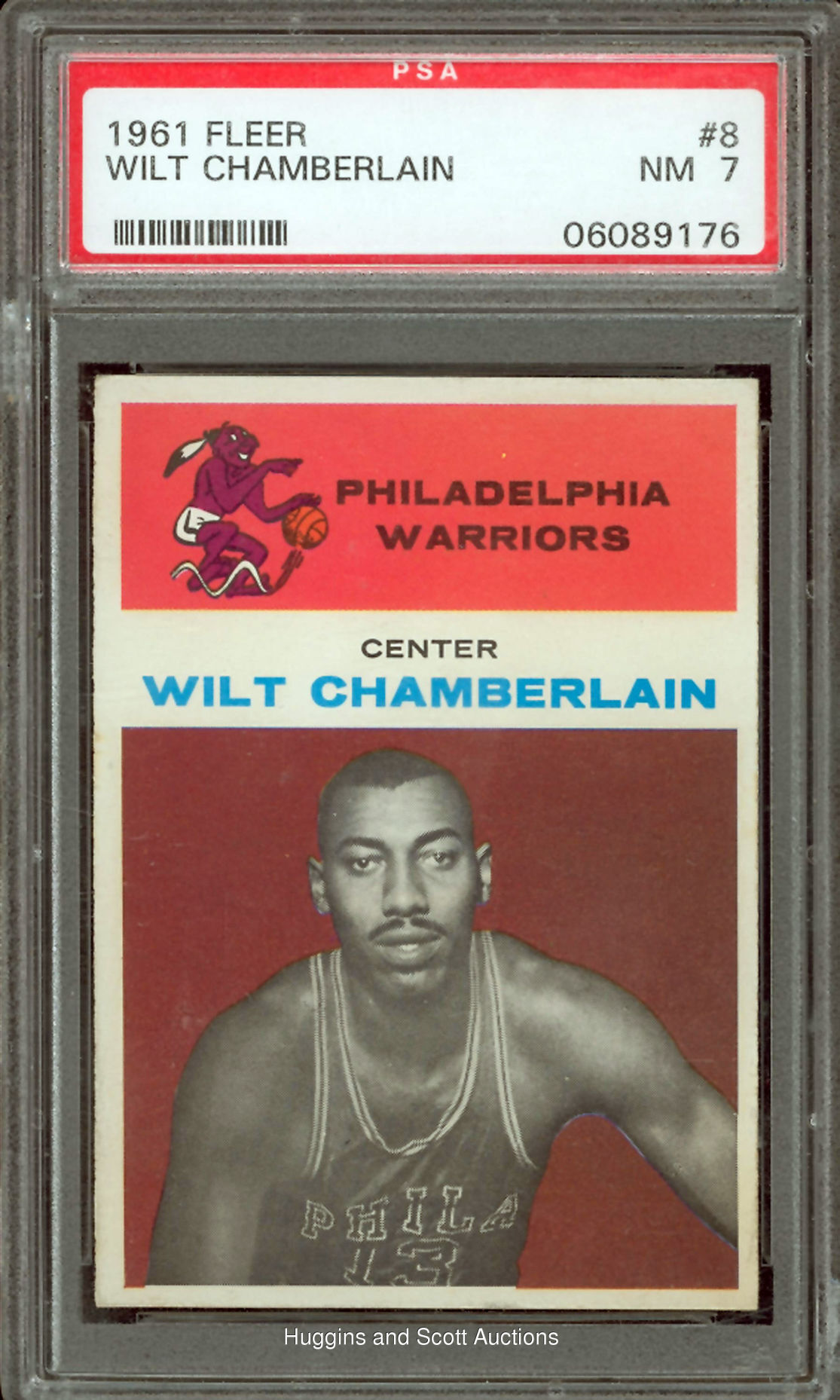 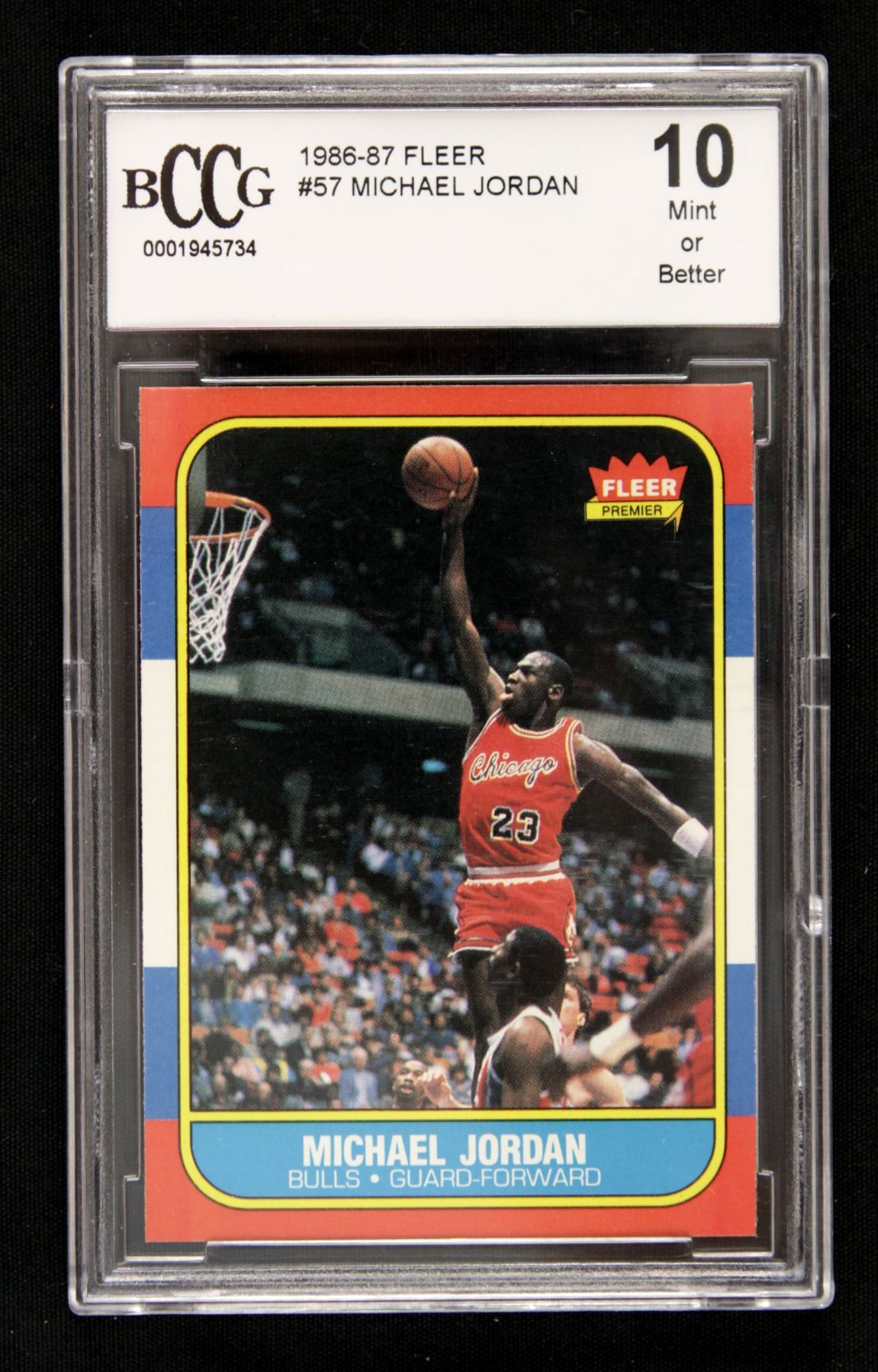 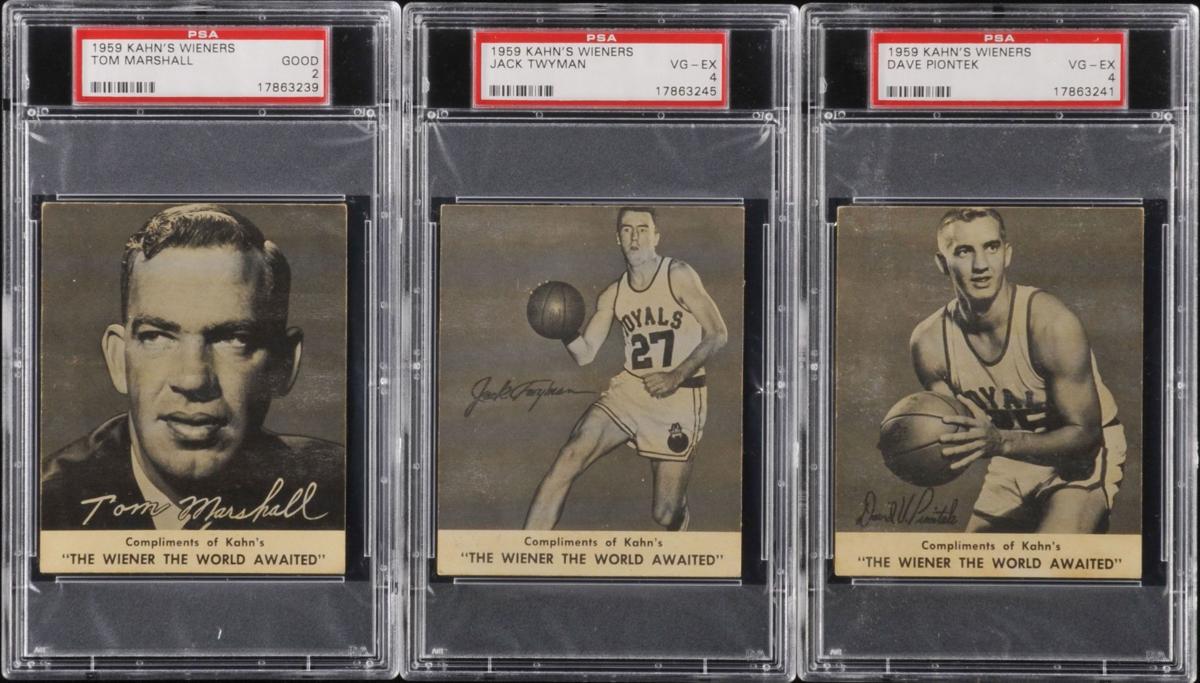 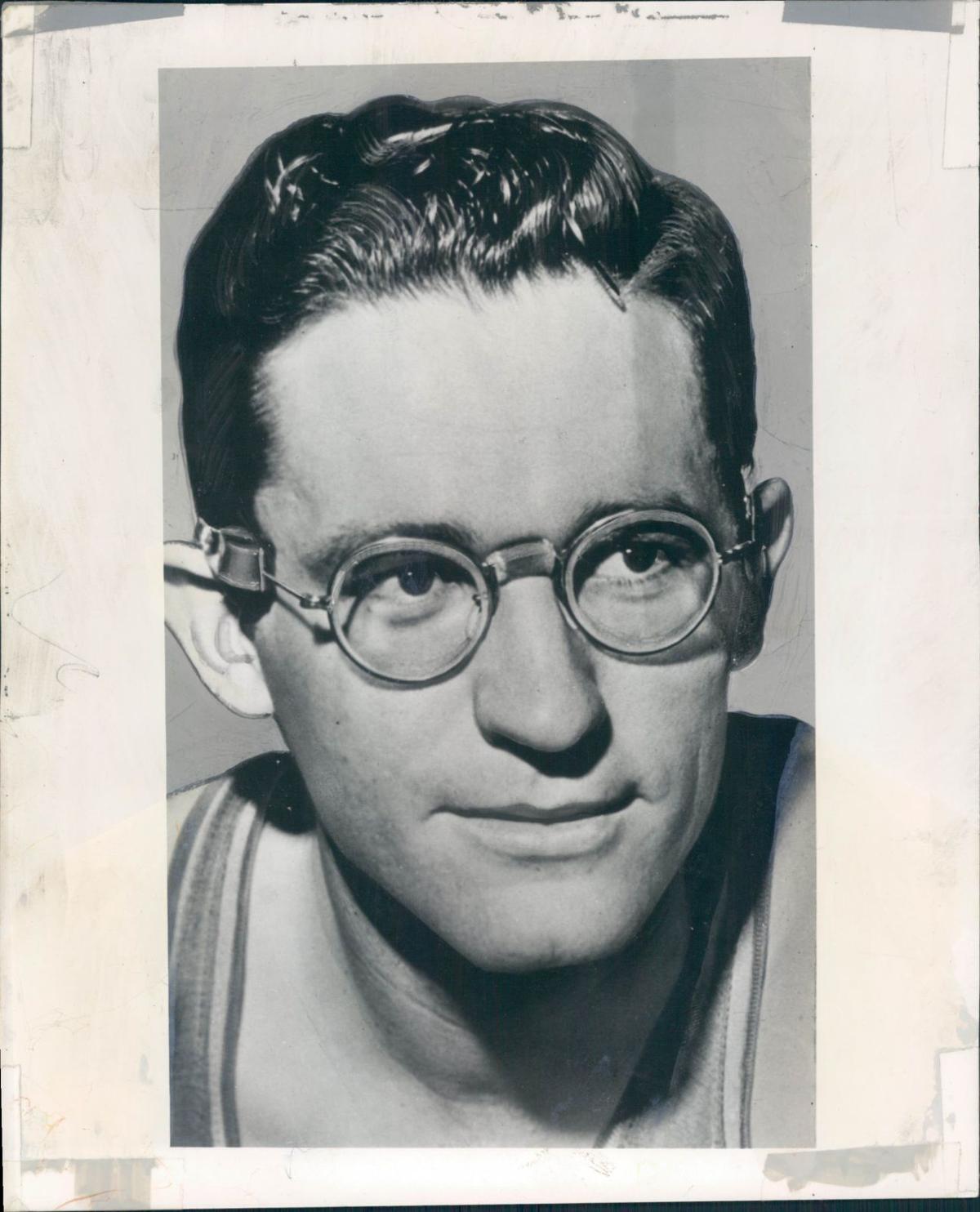 There is some controversy over the first basketball card. Some collectors believe strongly that it was an 1899 Enameling College colors card, but most collectors feel that the very first card was a Murad tobacco card in 1910, followed—distantly, it would appear—by basketball cards in the 1933 Sport Kings set.

But the first established set of basketball cards appeared in 1948. It was issued by Bowman and featured George Mikan, who was voted by the Associated Press as the greatest basketball player in the first half of the twentieth century. He was a center for Chicago’s DePaul University, and was the most dominant player of his era. Then he starred for the Lakers when they were based in Minneapolis. Mikan’s Bowman card, #69, is worth upwards of $2,000, depending, naturally, on condition.

Most collectors, however, are more likely to own cards from the 1957-1958 Topps set, and the 1961-1962 Fleer set. That’s because many of the baby boomer collectors are more familiar with the players who made up those sets. For example, the most valuable card in the Topps 1957-1958 set is of the incomparable Bill Russell of the Boston Celtics. That card, #77, generally costs between $1,000 and $2,000. His renowned teammate, Bob Cousy, is also part of that set, as is the St. Louis Hawks’ power forward Bob Pettit. Because the Topps set was the first one issued in many years, it contains the highly valued rookie cards of the superstars who had been dominating the game for several seasons.

The same claim can be made for the Fleer set of 1961-1962. One unique characteristic of that set is that there were often two cards for many of the stars. There would be the head shot and an action photo. Personally, I prefer to see their faces clearly, but other collectors go for the action. That’s not unusual. Ask the same question to two collectors and you may well get two different answers.

Altogether, the Fleer set contains sixty-six cards, with twenty-two of those action photographs. New stars appeared in the Fleer offering, including Jerry West, Oscar Robertson, and Elgin Baylor. But the biggest star—in every sense of the word—was Wilt Chamberlain. In fact, when my mother handed over a bag full of that Fleer set that I had collected in childhood, I was hoping and praying that there would be a card with a shot of Chamberlain’s face. Luckily, there was. It was a bit off-center, but it was there, along with a Robertson and a Baylor card. What a bonanza! I’ve said it before and I’ll say it again: I really owe my mother for saving those cards. That Chamberlain Fleer 1961-1962 rookie card, #8, can fetch up to $1,000. The Jerry West, #43, and the Oscar Robertson, #36, are worth several hundred dollars apiece.

But make no bones about it, the most collectible basketball card of all time is of the great Michael Jordan of the Chicago Bulls. A pristine copy of Jordan’s 1986-1987 Fleer rookie card is the Holy Grail of hoops cards. One of those rookie cards was submitted to Beckett Grading Services, which awarded it a grade 10. Virtually perfect, in other words. Now, are you ready for this? That card, which a collector bought for $6,300, went on to sell for $100,000, easily breaking the previous sales record for a single basketball card by more than $20,000.

Jordan’s Fleer rookie card has always been a treasure, but selling it for six figures certainly elevates it to legendary status, as befits the high-flying wonder from the University of North Carolina.

Now, let’s power down just a bit and look at basketball card sets at the local and regional levels, such as the ones from Essex Hot Dogs, Kahn’s Wieners, and Royal Dessert. Those names may sound obscure to you, but to collectors they still mean plenty. The Royal Dessert set was issued in 1950 and consisted of eight of the pioneers of the present day NBA. The “Royal Stars of Basketball” were Fred Schaus, Dick McGuire, Jack Nichols, Frank Brian, Joe Fulks, George Mikan, Jim Pollard, and Harry E. Jeanette. A hoops card collector knows that he or she will most likely need to buy single cards of that set, if and when they become available. And they’ll be costly, with each card selling for upwards of several thousand dollars.