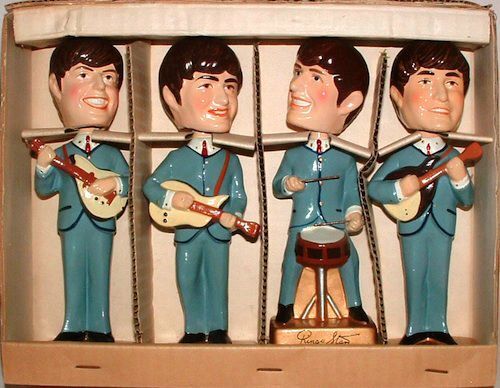 The Beatles Bobbleheads made by Car Mascots. 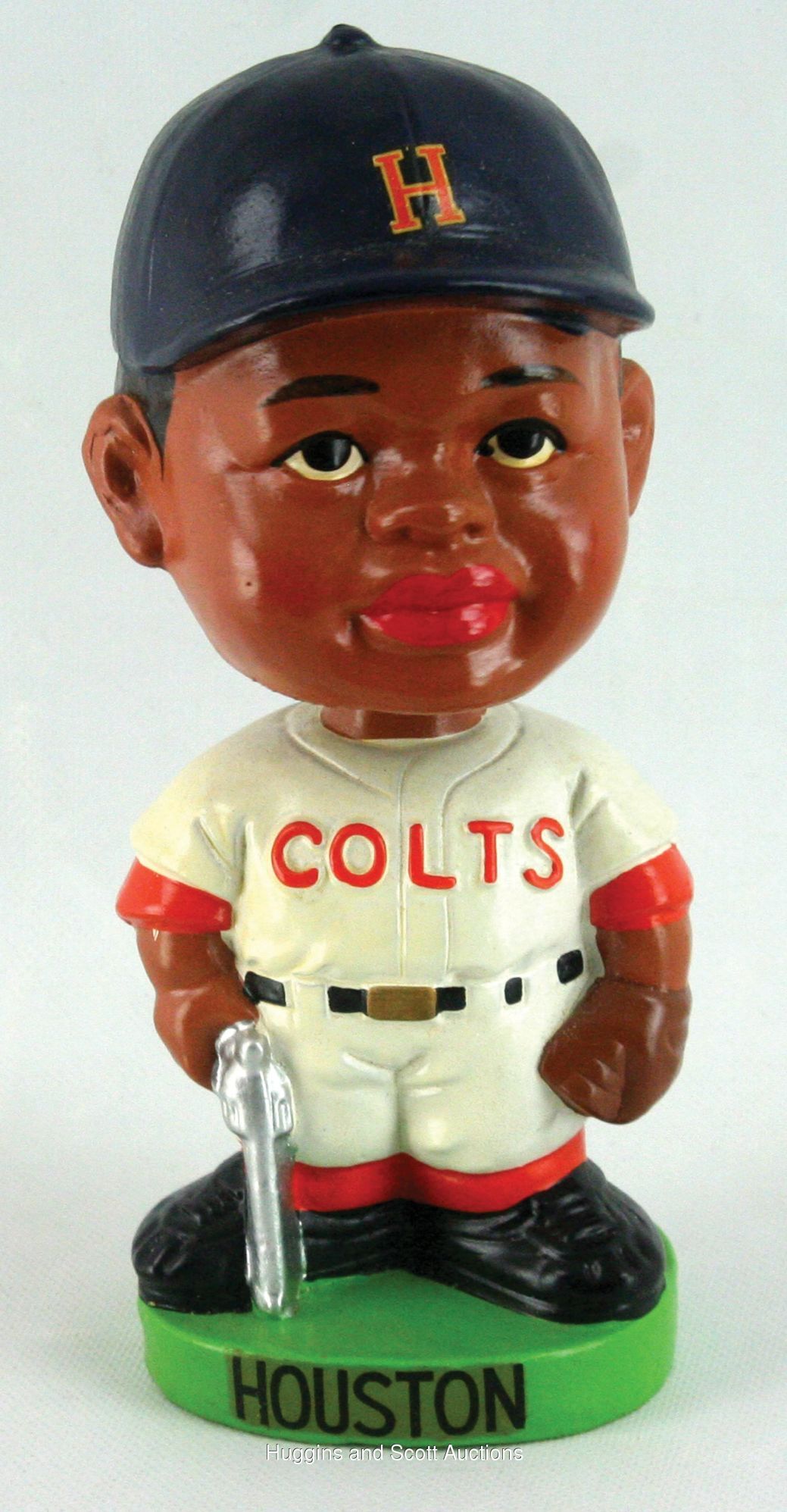 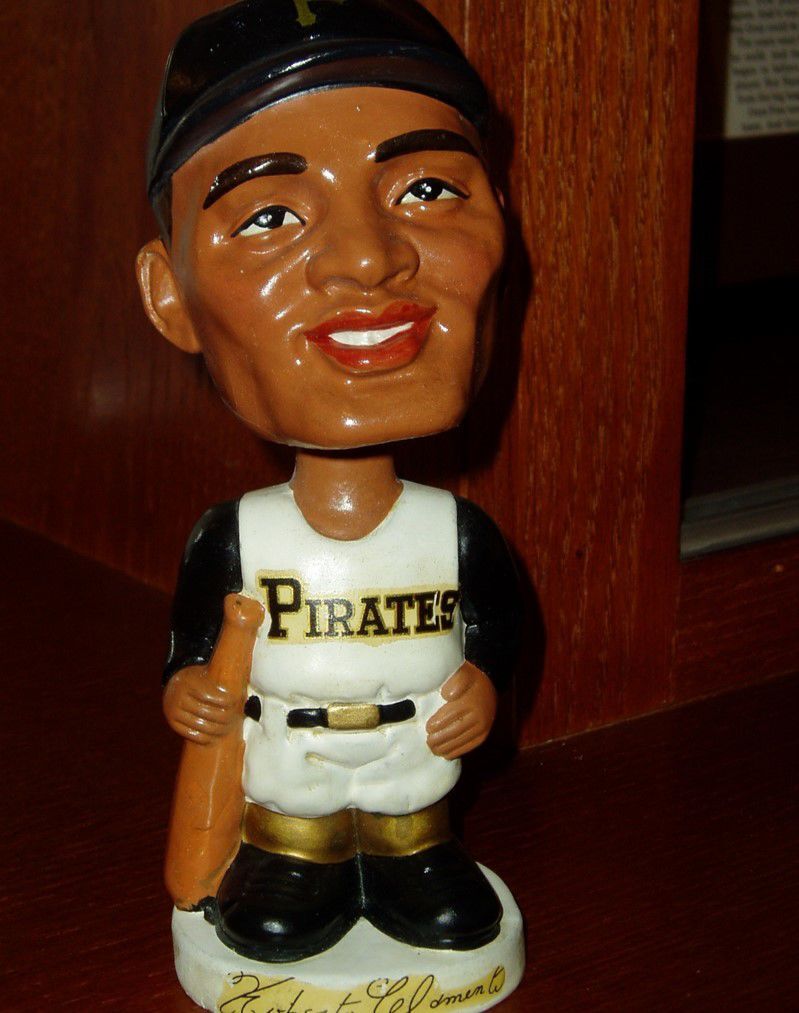 The Beatles Bobbleheads made by Car Mascots.

One reason that these dolls, also called nodders, are so collectible is that they have beautiful color, are usually of a theme or character, and are relatively inexpensive.

Bobbinghead dolls are very popular collectible these days. There are both sports and non-sports dolls, and both types have soared in popularity and value in the last forty years.

One reason that these dolls, also called nodders, are so collectible is that they have beautiful color, are usually of a theme or character, and are relatively inexpensive. Bobbinghead dolls really came into their own from 1960-1971, but are still quite popular even today. It is quite common for a sports team to have a bobbinghead doll as a promotional giveaway.

The dolls are quite fragile, and naturally, the value of any doll drops dramatically if it is damaged or has been restored. If, you have dolls, or are considering collecting them, keep in mind a few things as you inspect the dolls:

• Look at the dolls’ neck and ankles. These are areas where there could be damage, and possibly the doll was reglued.

• Inspect the paint around these areas to see if it is the original paint.

• Oftentimes tissue will be wrapped around the neck to prevent snapping.

• Check the rear of the doll. There is often damage there, as well as chips.

• Look inside the head of the doll for cracks. Sometimes cracks will be noticeable on the inside, but be repainted on the outside. A cracked doll will only be worth about ten percent of a non-cracked doll.

Football and hockey sets also were introduced in the early 1960’s, with the 1960-1961 National Football League Square wood base set, and the 1961-1963 National Hockey League Square base set.

The most valuable sports doll is the Houston Colt.45s black player on a green base (included in the 1963-1965 black players set). There are believed to be only two or three of this doll in mint condition. As for actual player dolls, the most valuable is of Roberto Clemente.

Of course, there are non-sports dolls as well. Regarding political dolls, the Jack/Jackie Kennedy kissing pair dolls are extremely rare, and valuable. They were distributed in 1963, shortly before Kennedy’s assassination. Upon JFK’s death, the dolls were no longer manufactured.

A set of the four Beatles bobbinghead dolls, made by Car Mascots, are quite rare and a real collector’s item Make sure you have the box and the cellophane.

Because they are colorful, bobbinghead dolls display quite well. You do have to be careful when handling and moving them. A few of the bigger companies in the bobbinghead doll field are Alexander Global Productions, Team Beans, and Bensussen Deutsch and Associates (BD&A).

As prices often fluctuate with this collectible, you need to look through a recent price guide to learn the current values. If you want your collection profiled please contact me.