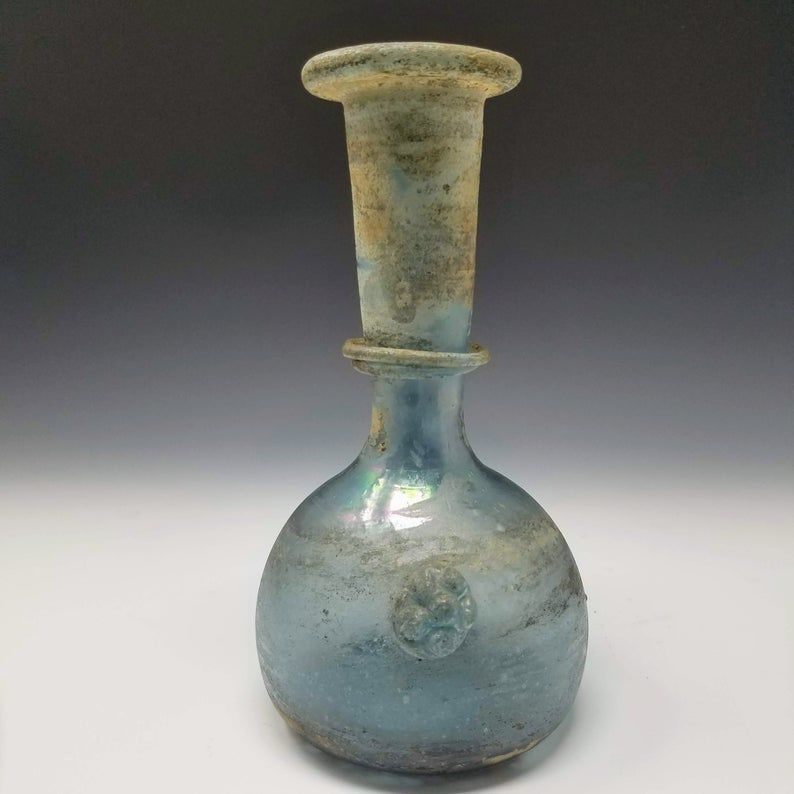 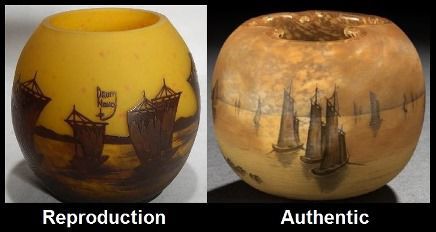 Surprisingly ancient Roman glass objects are still showing up at auctions. But are they really ancient? As you are about to learn glass makers over the centuries discovered that they could learn a lot from ancient Roman and Egyptian techniques. And, glass fakers have never stopped reproducing faked ancient glass.

The Romans and Egyptians developed glass coloring to a fine art, along with the technique of adding glass to glass. Such additions are known as glass blobs, threading and prunts. Another ancient technique, pate de verre (powdered glass made into a paste, then colored and molded) was rediscovered and used in new ways during the Art Nouveau period by French glass makers.

Molded glass was popular with the Egyptians. What we know today as “Cire Perdue” or the “lost wax process” began with an object molded in wax then covered with clay. After the wax was melted and poured away, the space would be refilled with molten glass. This was revived during the Art Nouveau decades.

When the Romans conquered Egypt in 27 B.C. they introduced glass blowing. By the second century migrant craftsmen had carried their techniques to the Roman Colonies.

By the end of the first century glass factories had opened in Germany, Belgium and England. While most of the objects were utilitarian, decorative objects were slowly introduced.

Painted glass involves yet another technique that is divided into many other categories. Examples are luster-painting.

Enameling dates back to the 15th century B.C. Colors are fused to the piece by refiring. The enamel is made of a finely powdered metallic coloring agent, mixed with oil, painted on glass and fired.

CLUES: Research is a must for beginning collectors. So-called ancient Roman glass is probably recently made and then “fluoresced.” Many Art Nouveau glass items have been faked over the years.