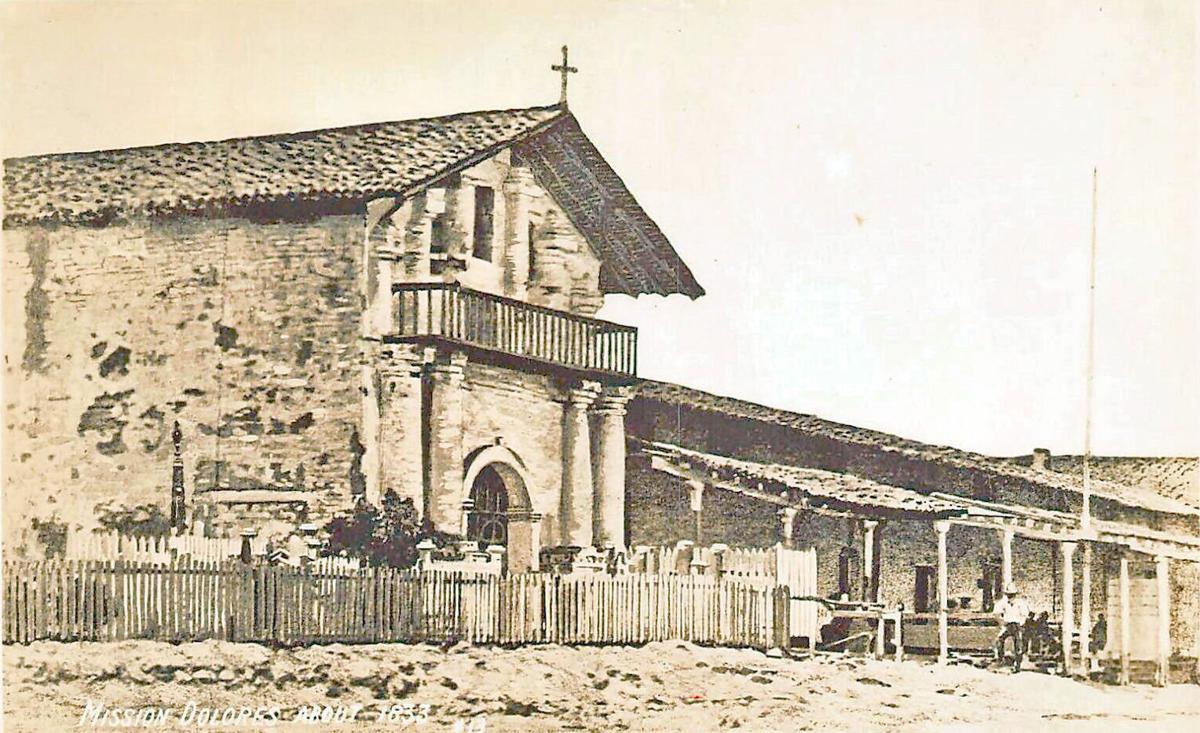 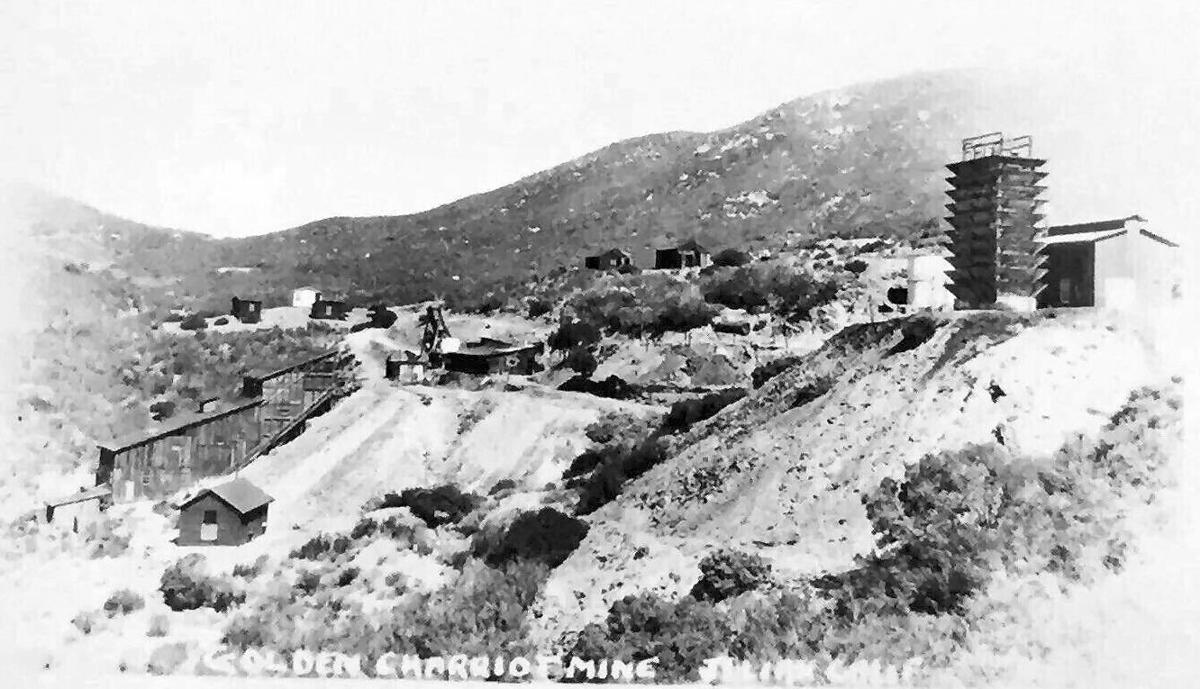 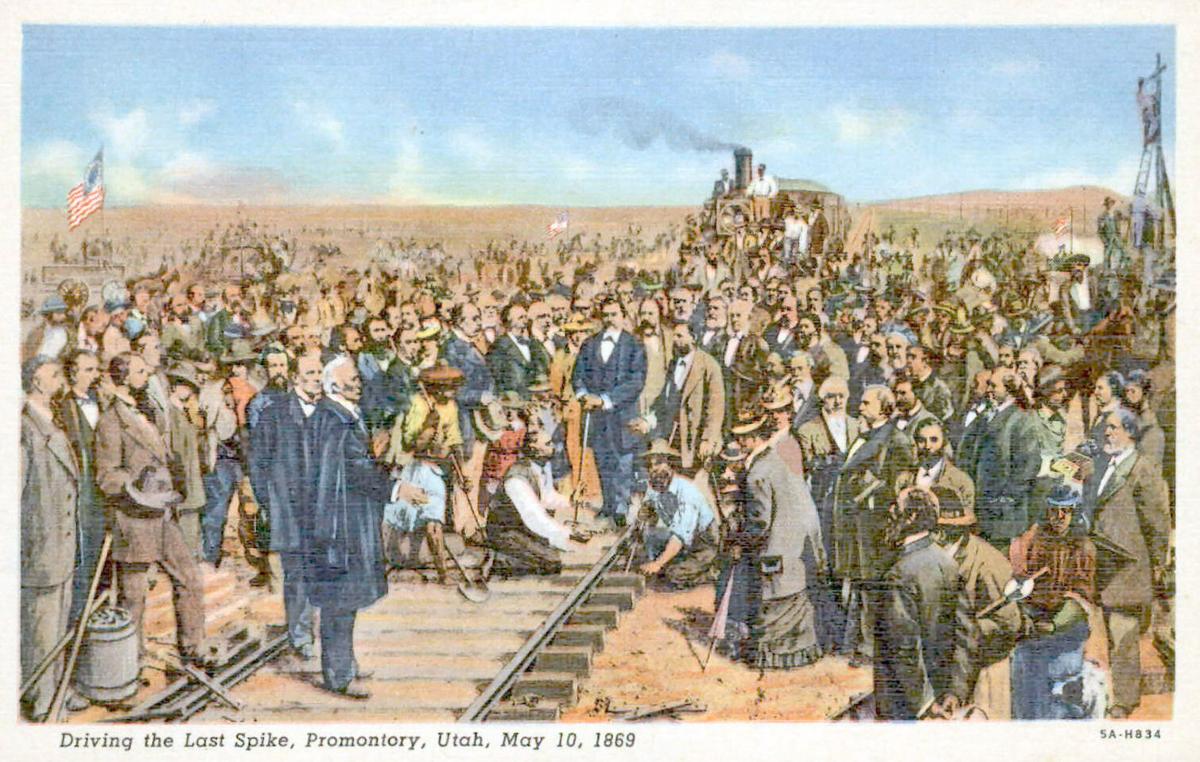 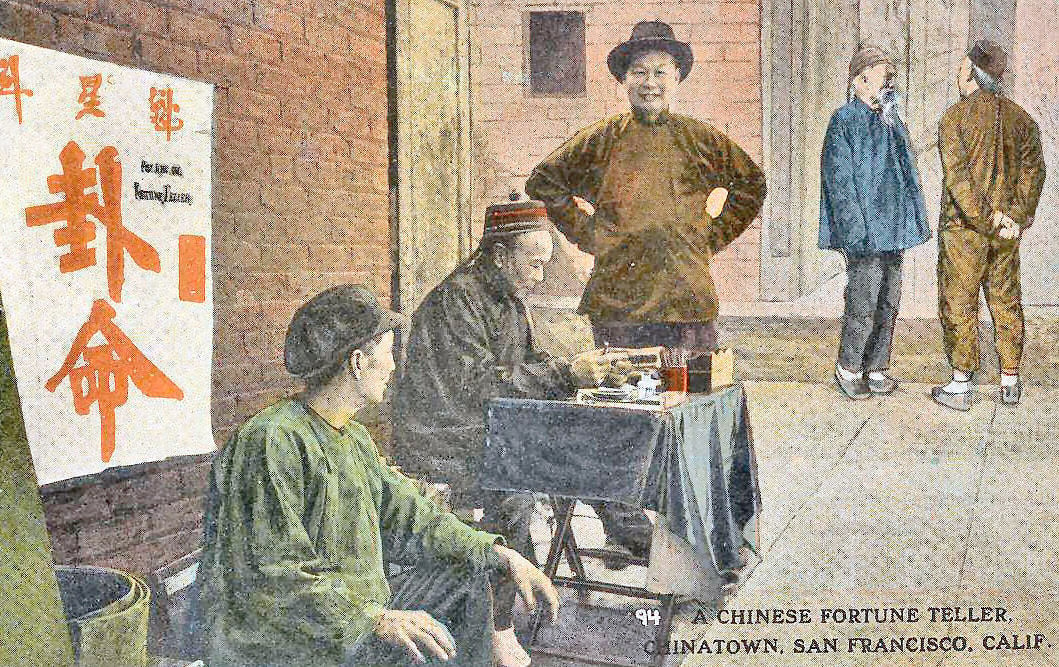 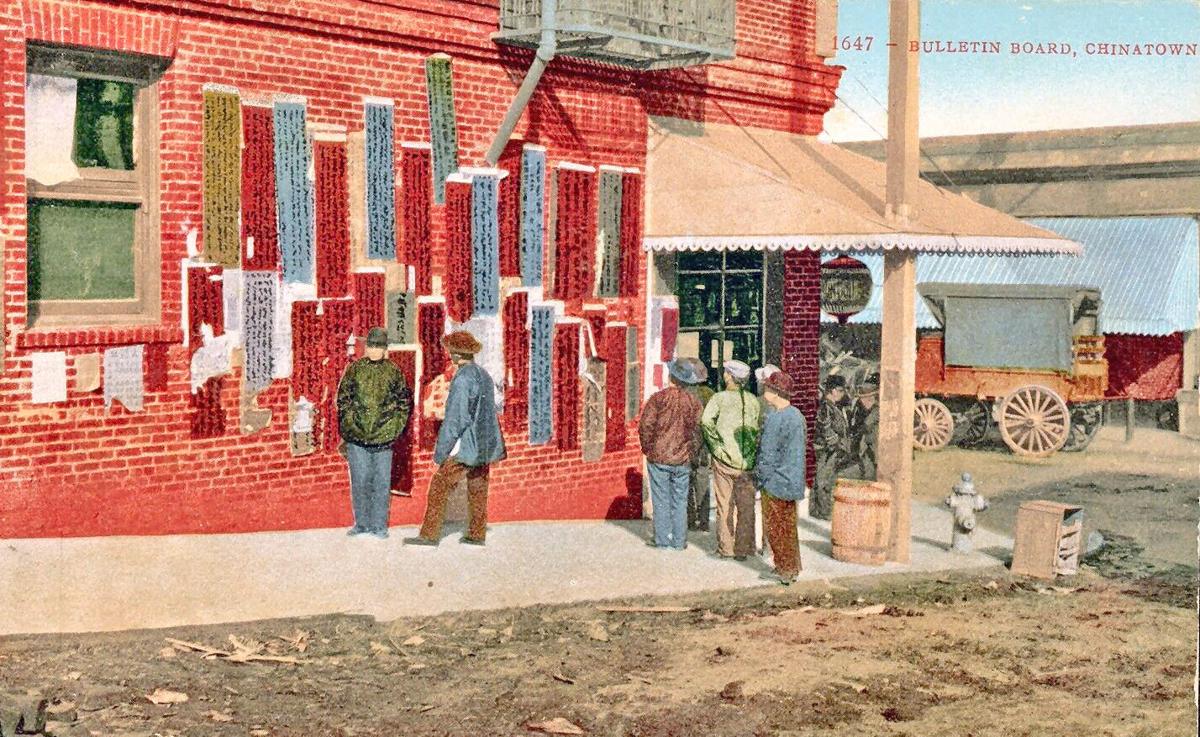 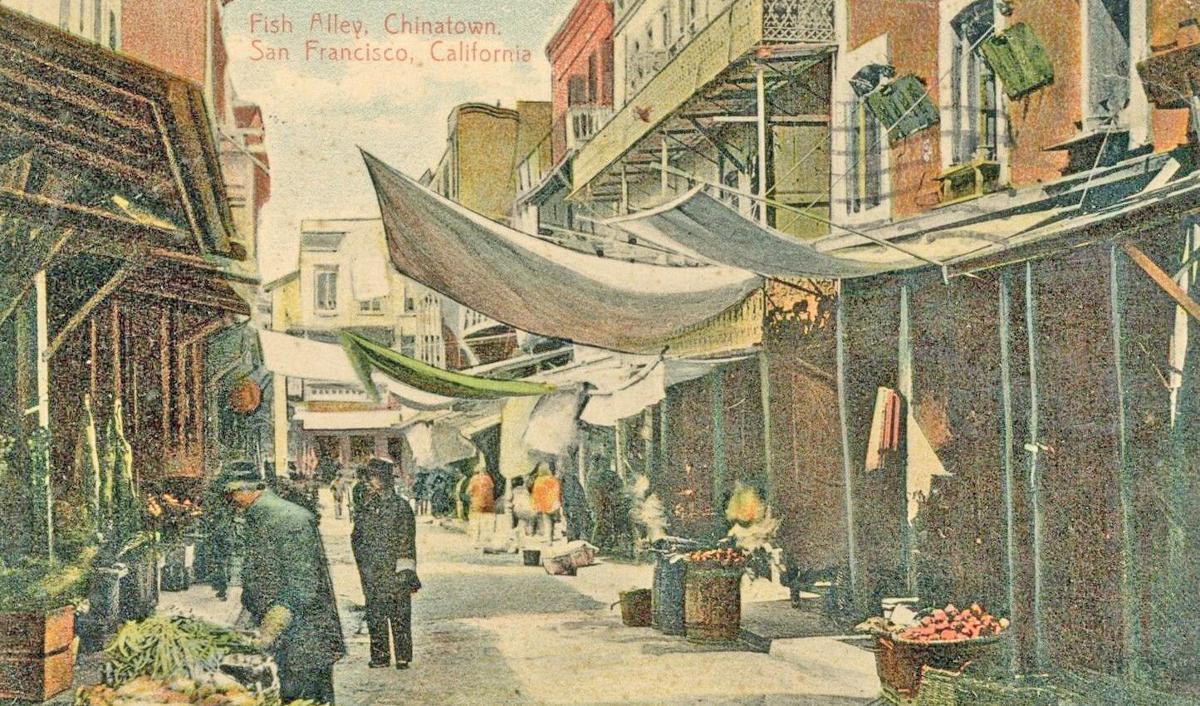 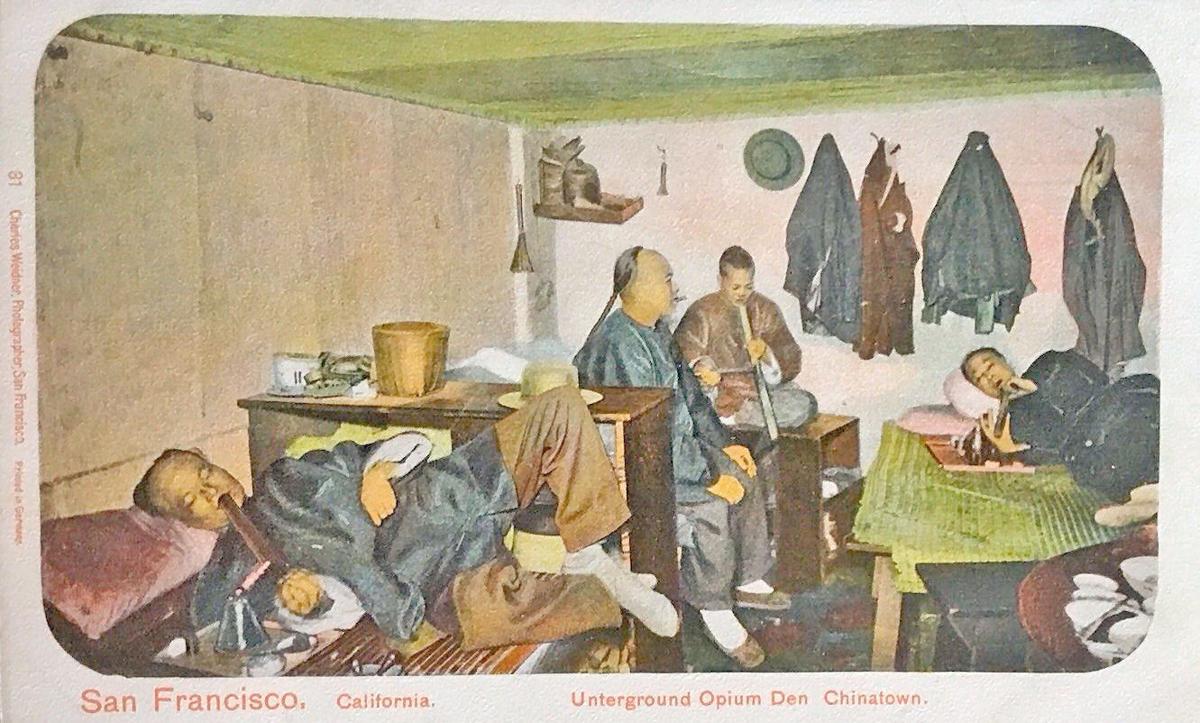 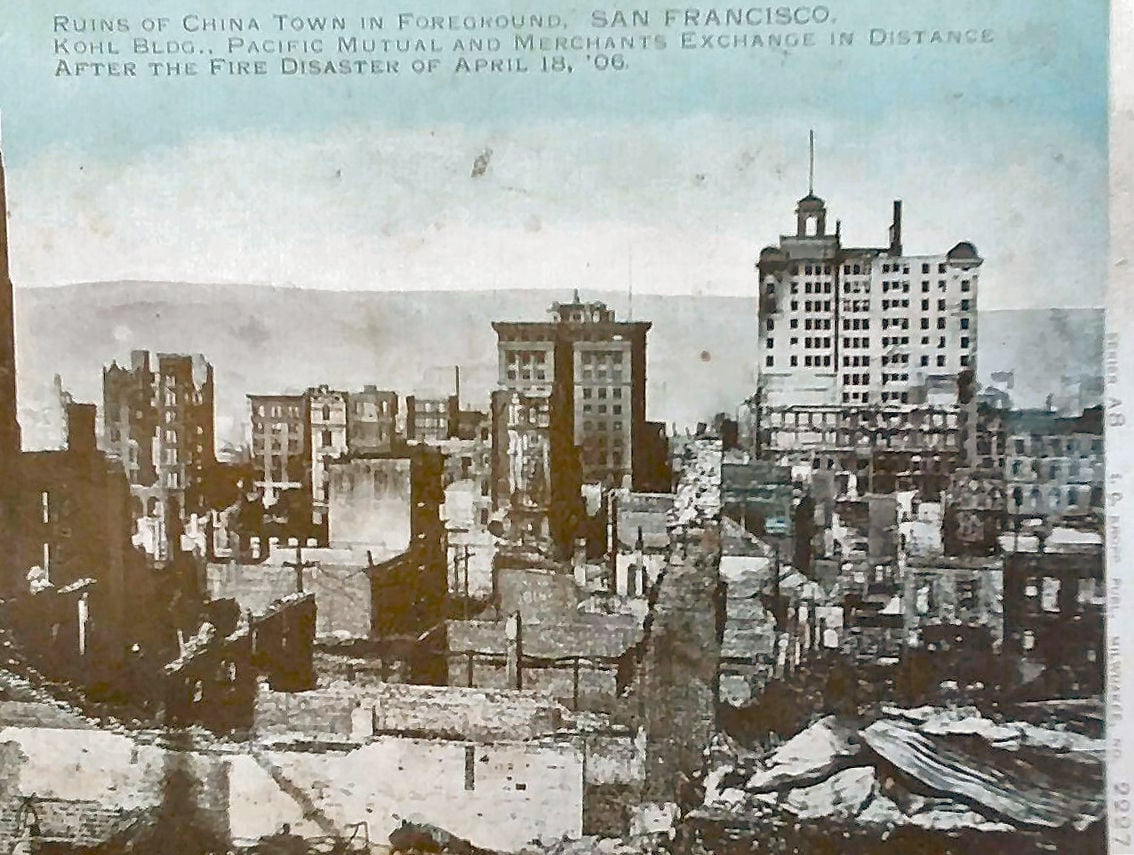 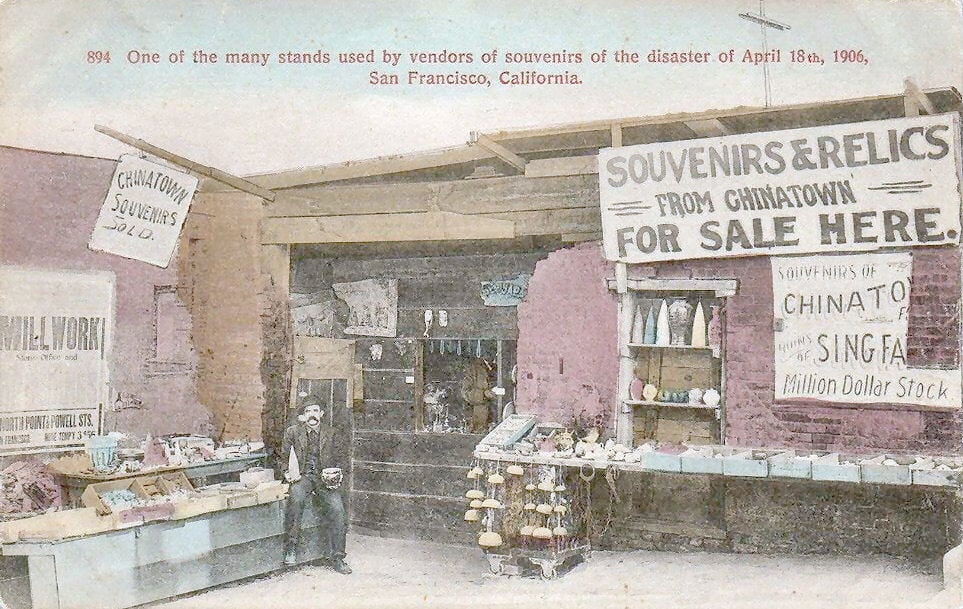 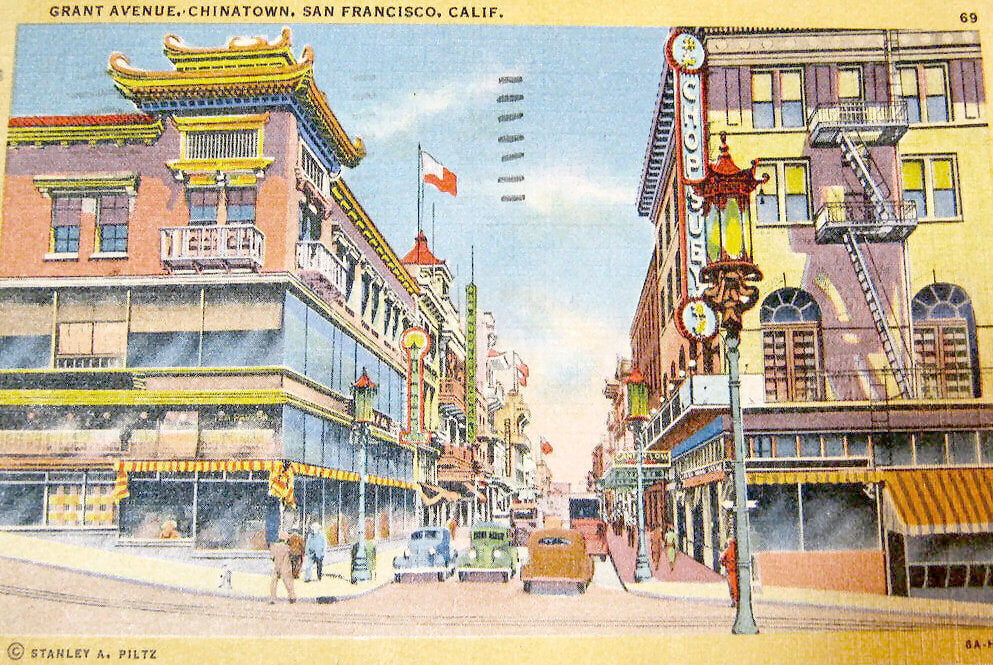 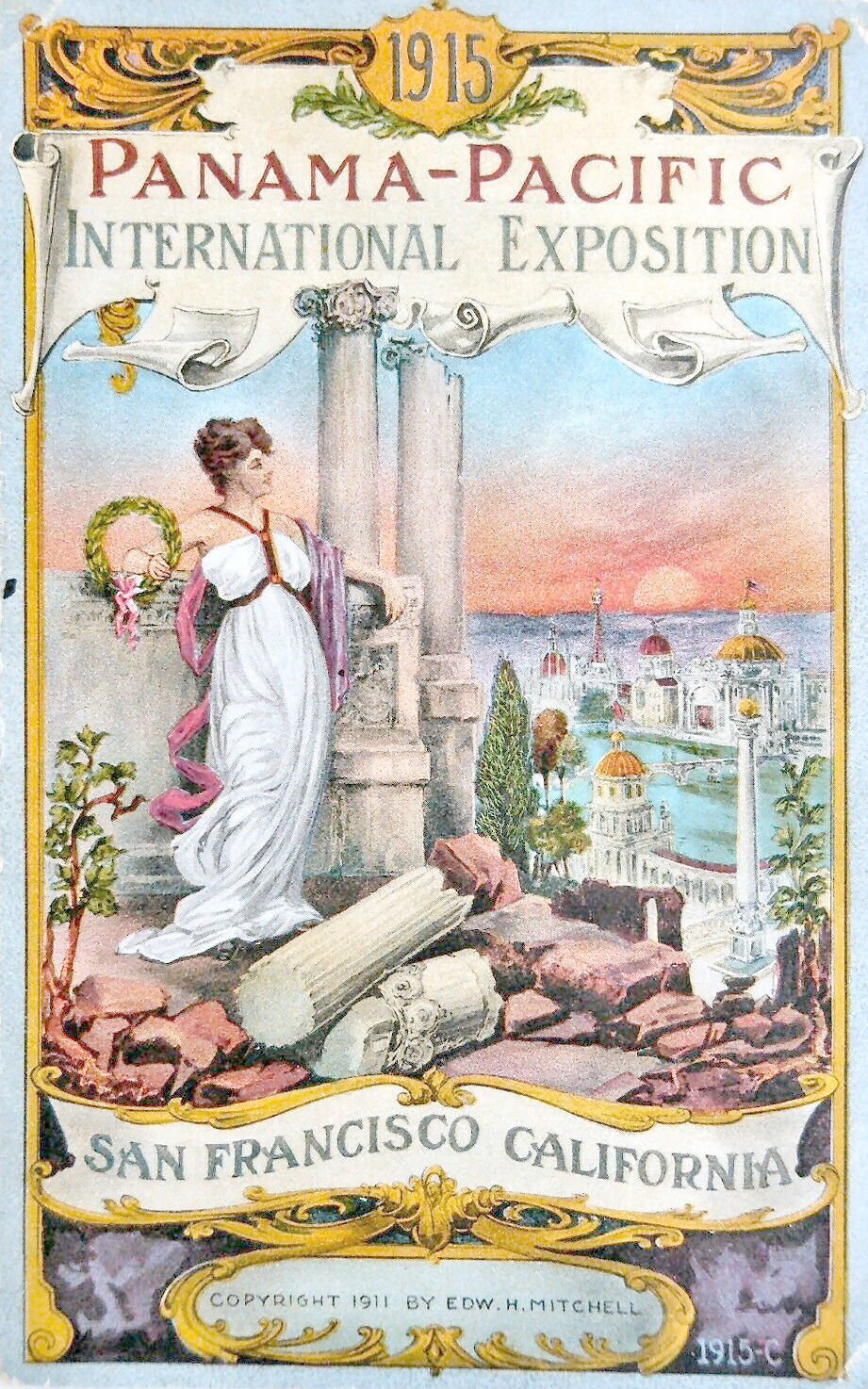 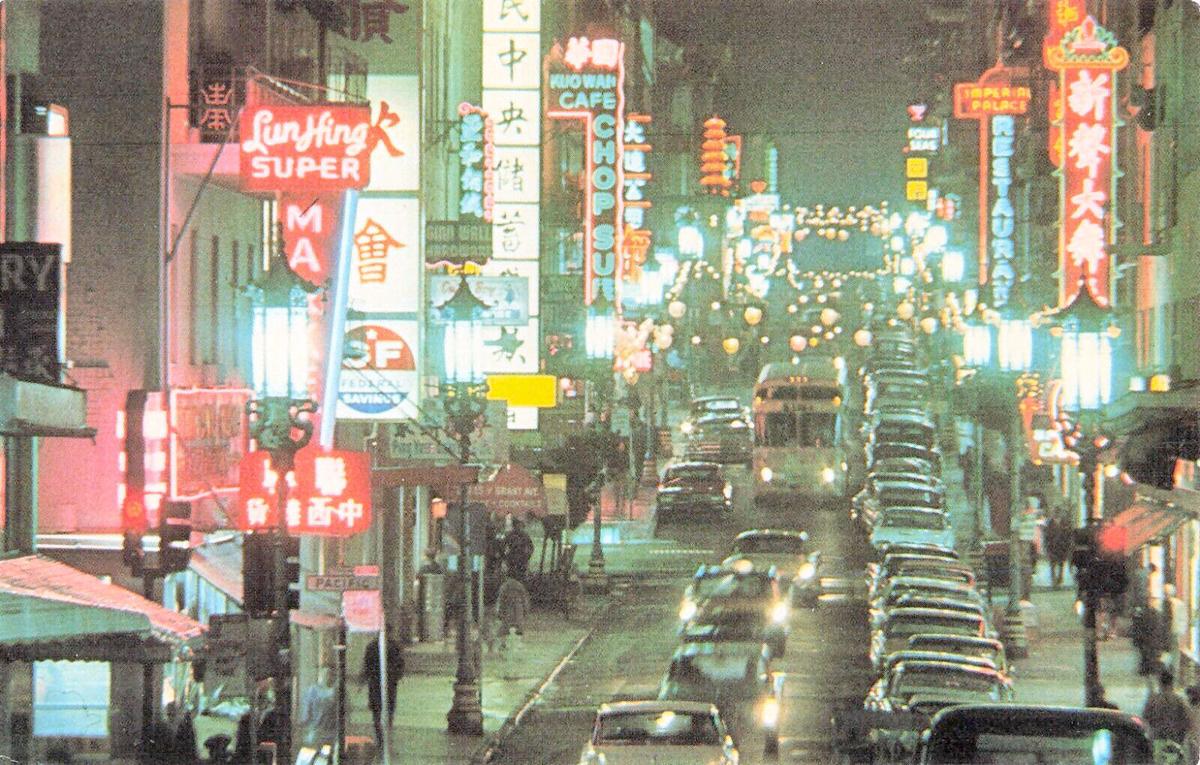 It was with great interest that I read Matthew Anish’s informative article on New York City’s Chinatown some months ago in Barr’s Post Card News. Back in the 1950s I had the pleasure of visiting the West Coast’s largest Chinatown located in San Francisco, California. Like its New York counterpart, San Francisco’s Chinatown has a long and absorbing history — much of which has been captured on postcards.

In 1776, Spain built a small military fortification and a mission in the area of California that would become San Francisco (Figure #1). Both the fort and the mission passed into the hands of the Mexican government in 1821 when Mexico declared its independence from Spain. Fourteen years later, in 1835, an Englishman by the name of William Richardson established a homestead near the mission. He named his homestead Yerba Buena. A town soon shot up around Yerba Buena. It numbered about 1,000 residents. In 1848, California was ceded to the United States at the end of the Mexican-American War. That same year, Yerba Buena was renamed San Francisco.

By the end of 1849, the California gold rush was in full bloom and the population of San Francisco had grown to more than 15,000. Contributing to this growth was a large influx of Chinese immigrants from the Guangdong province of southern China. Predominately single males, these immigrants came to seek their fortunes in the gold and silver mines of the American West (Figure #2). When the mines played out, thousands of these Chinese immigrants found employment working to complete the Transcontinental Railroad (Figure #3).

By 1866, San Francisco had become the largest port on America’s West Coast. Immigrants arrived by the shiploads. Many had taken the long and treacherous journey from China. Since only one in a hundred of these Chinese immigrants spoke any English, they tended to settle together in the central portion of San Francisco where they shared a common language and similar customs (Figure #4 and Figure #5). This area became known as Chinatown. The See Yup men (laborers) came first and were soon followed by the Sam Yup men (merchants). These merchant/businessmen helped to organize the Chinese community. A few of these enterprising businessmen recognized that in a predominately male population there was a need for female companionship. Soon, Chinese women, some as young as 10 years of age, began arriving in Chinatown. Most of these women were sponsored in their journey by local merchants who then essentially “owned” them. While some of the women became brides in pre-arranged marriages, a great many of the girls were sold as sex slaves to brothel owners. By 1870, San Francisco’s Chinatown boasted some 30,000 occupants.

Physically, Chinatown was comprised of a series of wooden buildings none more than three stories tall. These structures were organized around a grid of dirt alleys, each alleyway being known for the specific services to be found there (Figure #6). Many of these businesses had rooms in the back where customers could engage in the smoking of opium (Figure #7).

By 1880, anti-immigration sentiment in America’s West was growing. In 1882, Congress passed the Chinese Exclusion Act which among other provisions suspended the immigration of Chinese laborers into the United States for a period of 10 years. This law was not fully repealed until 1943.

In 1900, the population of San Francisco’s Chinatown stood at more than 40,000. Then, on April 18, 1906, San Francisco was rocked by the largest earthquake ever experienced within the United States. The earthquake was followed by a series of more than 30 major fires which destroyed the city. In Chinatown, only one building escaped the rampaging fires (Figure #8). At the time of the earthquake, Saint Mary’s Church was the only brick and stone structure in Chinatown. Although severely damaged, the church survived and was rebuilt. Within two years, the church was again holding services. The remains of the rest of Chinatown were quickly descended upon by looters. Much of what was salvageable ended up in the hands of unscrupulous entrepreneurs who then sold their wares to tourists as souvenirs of the earthquake (Figure #9).

When rebuilding began, it was initially planned to relocate Chinatown to the very outskirts of the city. The reason given at the time was to remove Chinatown’s opium dens and houses of prostitution out of San Francisco’s city limits. However, the real reason was a desire to reclaim valuable downtown real estate for the city’s business district. After much political haggling, Chinatown was rebuilt in the same location it had occupied prior to the earthquake. In the new Chinatown, wooden buildings were replaced with reinforced brick structures and the grid of dirt alleyways became a network of paved roads (Figure #10).

In 1915, the United States hosted the Panama-Pacific International Exposition (Figure #11). Ostensibly promoted to acknowledge the opening of the Panama Canal, the Exposition also celebrated the reconstruction of San Francisco including a new and improved Chinatown.

Today, San Francisco’s Chinatown is one of the largest populations of Chinese to be found outside of Asia. It remains one of the top tourist attractions to those who visit San Francisco (Figure #12).