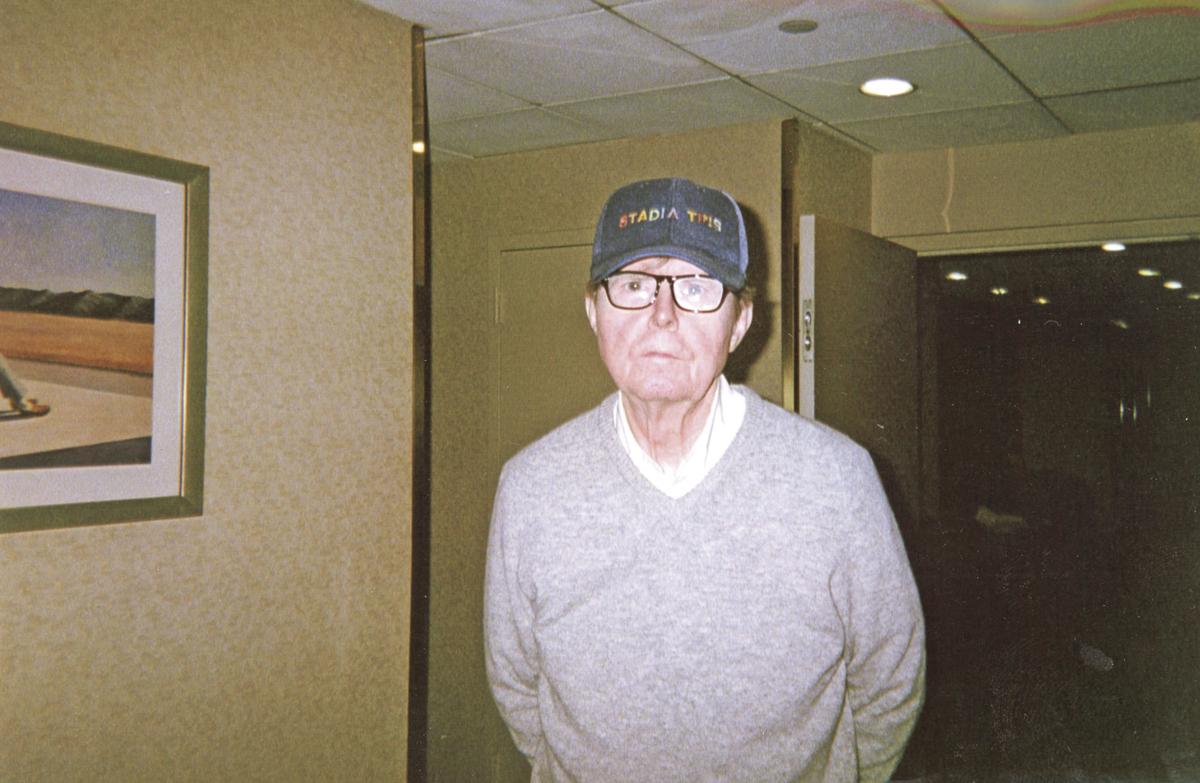 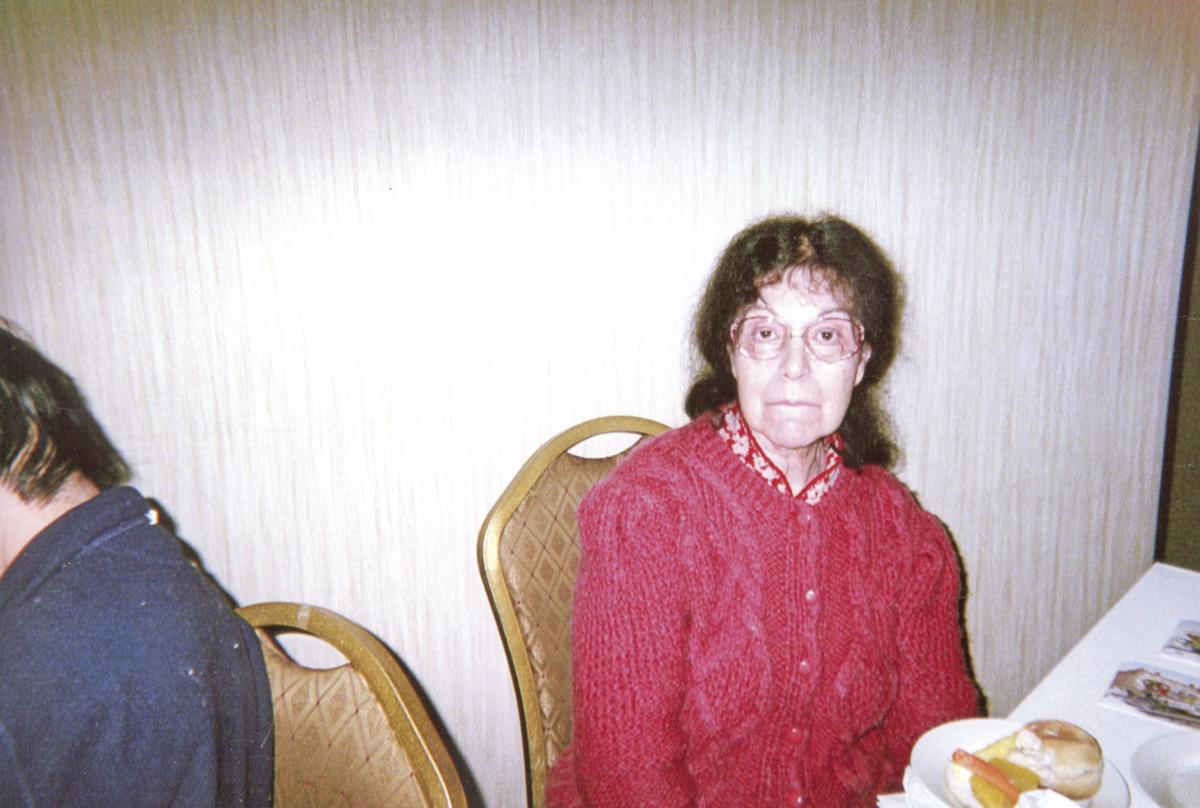 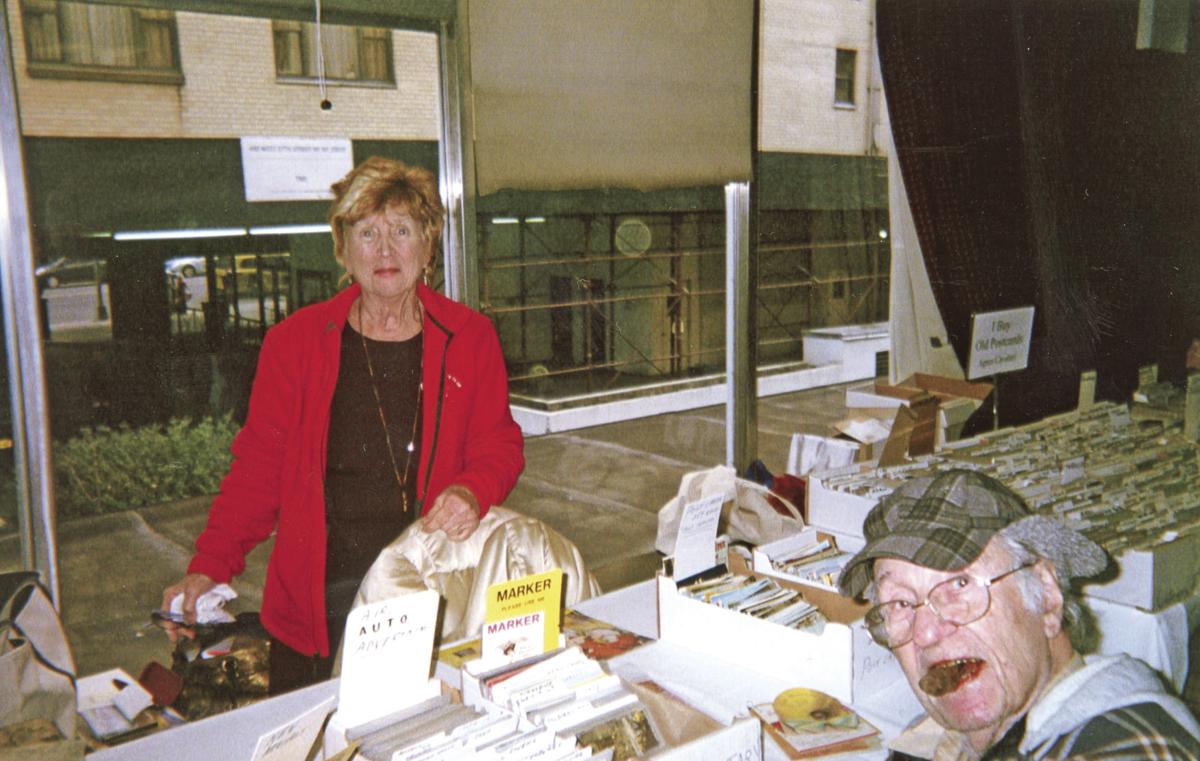 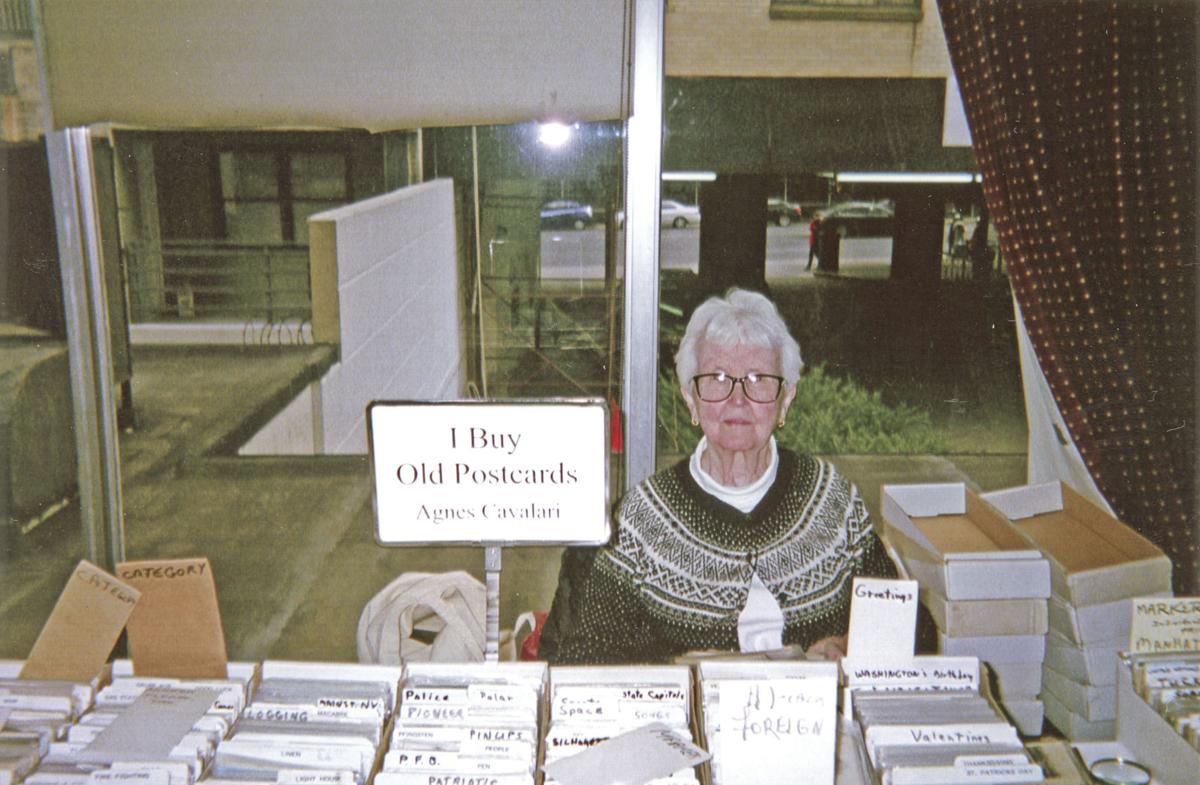 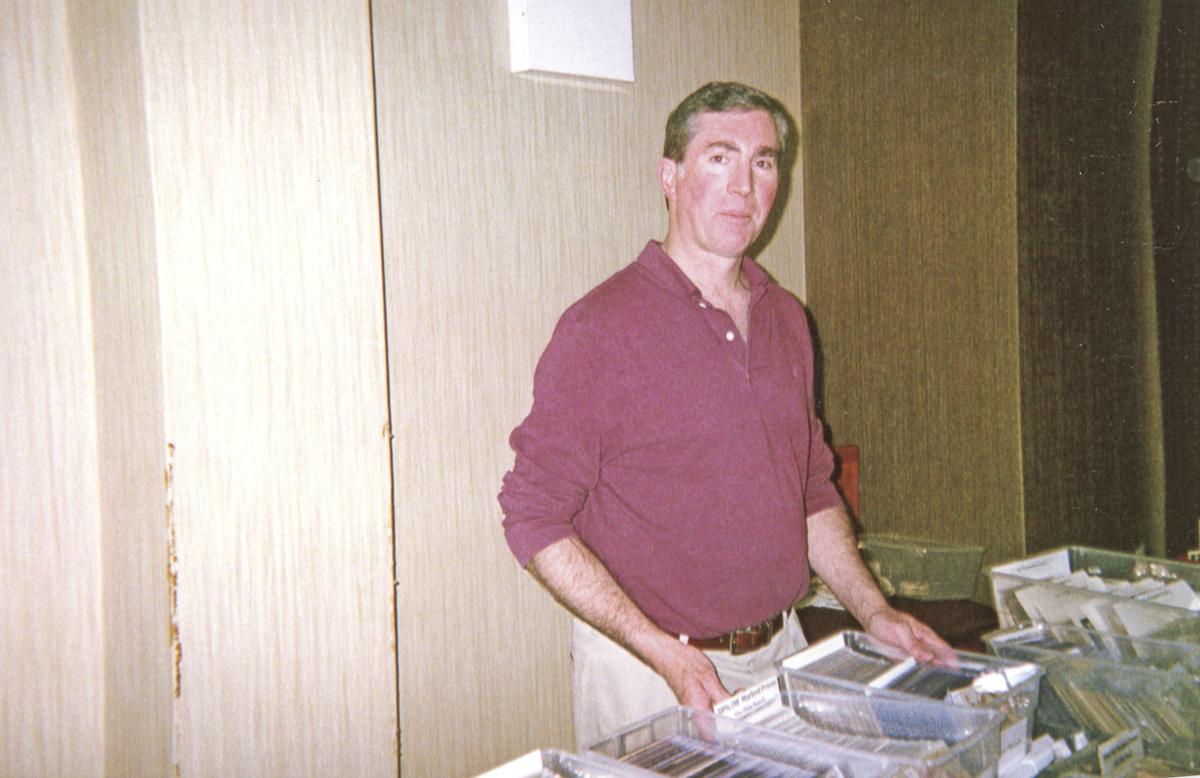 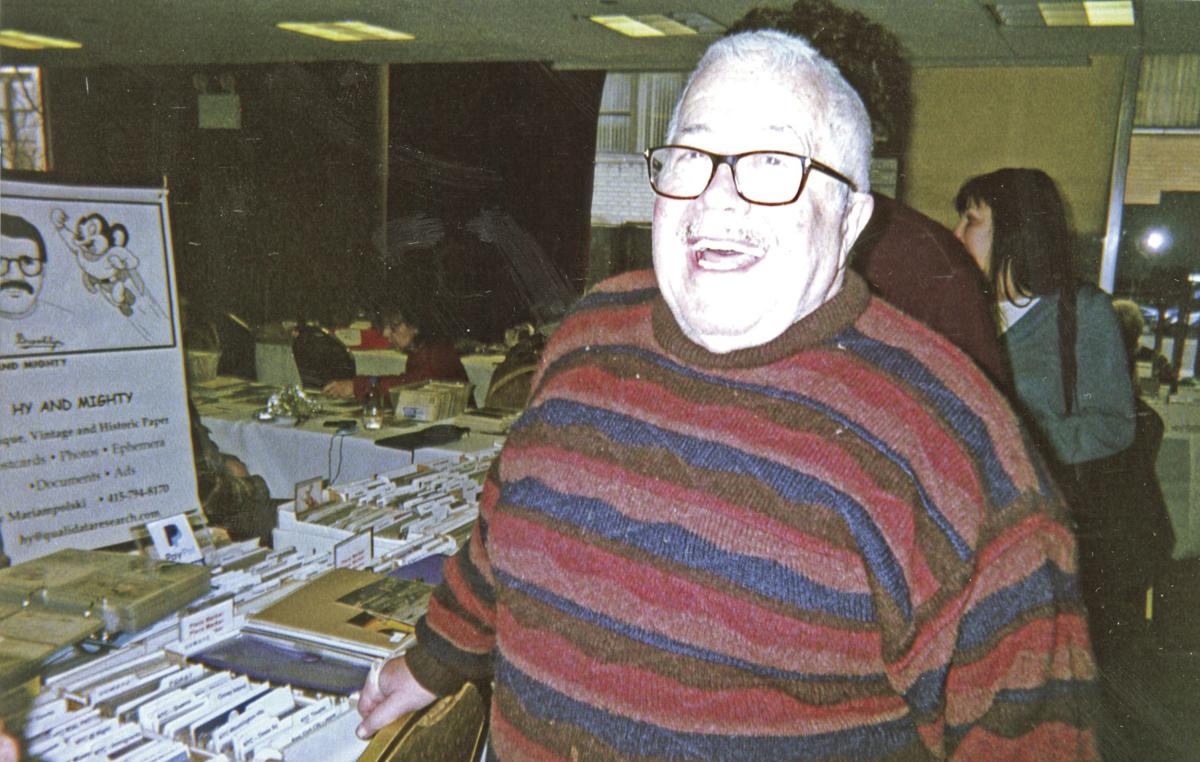 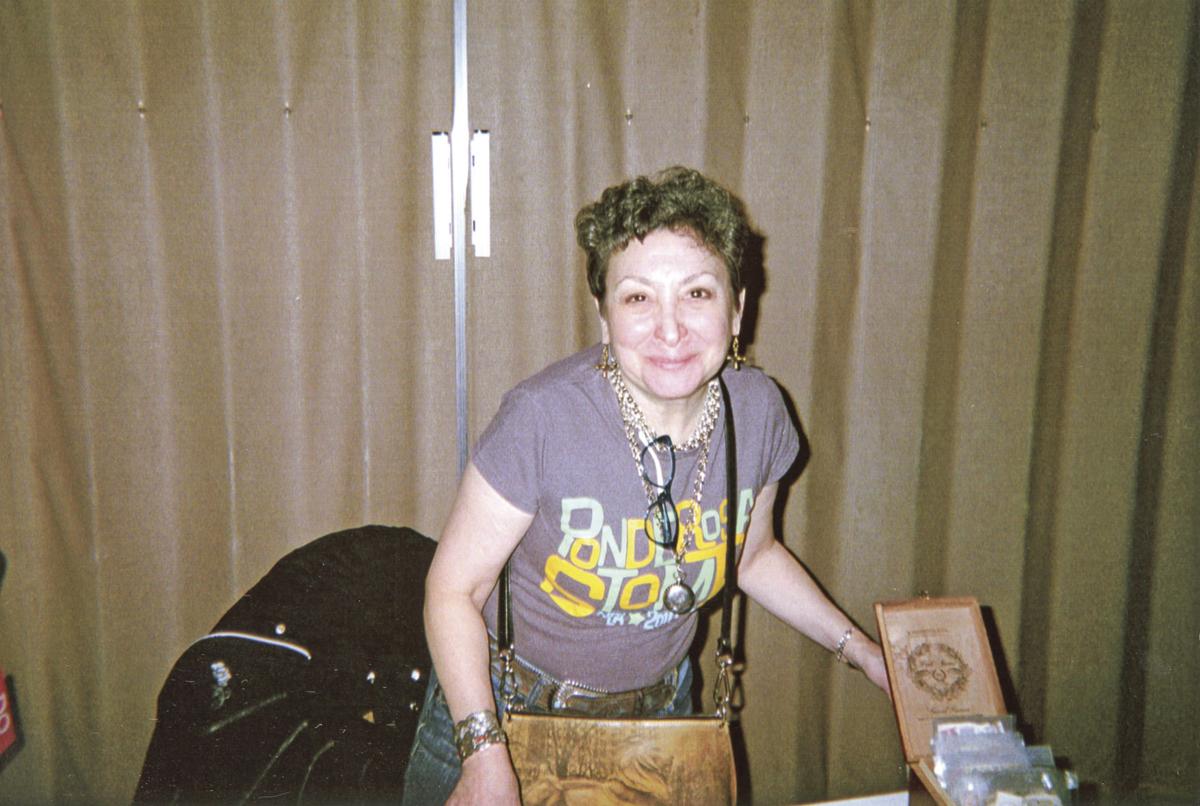 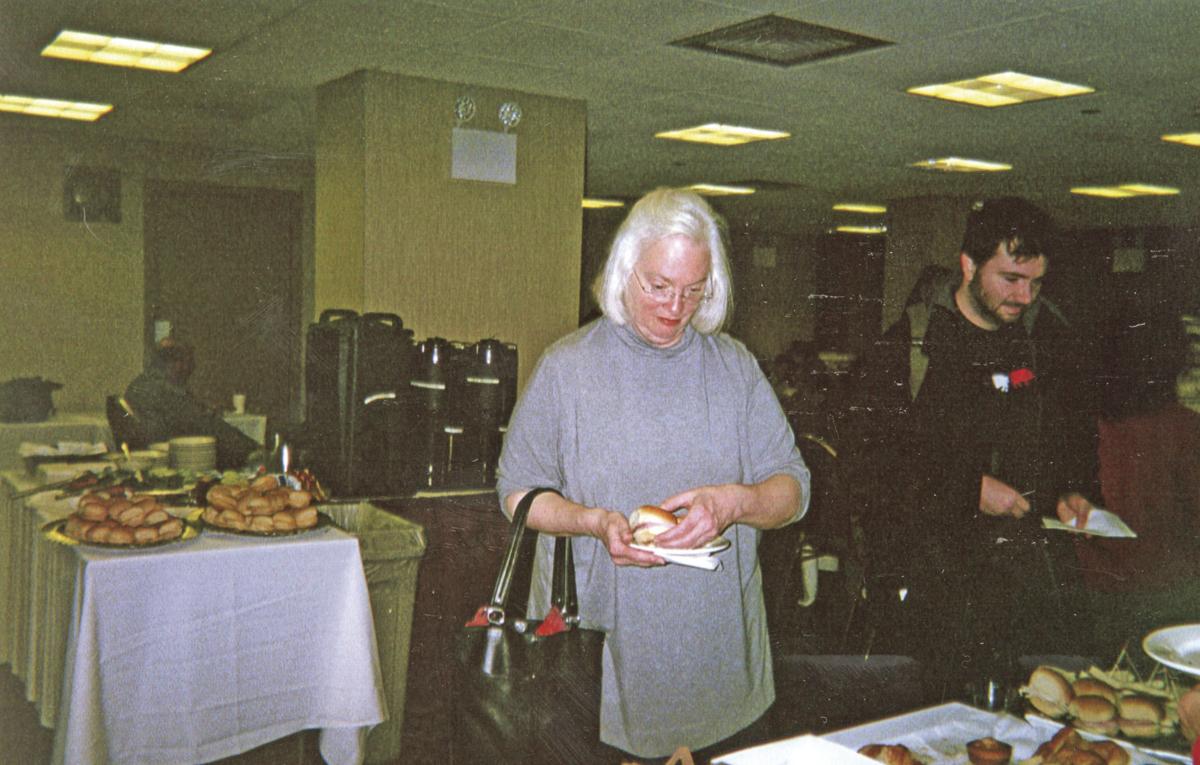 Editor’s note: This is the last article written for Barr’s Postcard News & Ephemera written by the late Matthew Anish. Mr. Anish passed away in early January of this year. Kimberley Mathisen

On December 8th I attended the Metropolitan Postcard club Holiday event.  Food and beverages were plentiful and I picked up some nice cards at reasonable prices.

The Metropolitan Postcard Club has been operating continuously since 1946 - making it the longest continually running such club in the U.S.A.  They have ten meetings per year where cards are bought, sold and traded. They have two big shows per year which last for two days each and attract dealers from far - away places including Israel and there is a big dealer of Old Russian paper at the show as well.  This club has contributed greatly to the field of deltiology in the "Big Apple."

I spoke with a number of dealers at the show.  Photo #1 is of Rod Kennedy. He is the current President of the club and is responsible for seeing that club activities run smoothly.  A newsletter is sent out to club member and I have had the pleasure of contributing to it a number of times.  Mr. Kennedy discussed club finances and the club's future at the meeting. The club earns money by auctions of donated cards by members and runs an album competition as well.

Photo #2 is of Penny Kleinman. Along with her husband Charlie Kleinman Penny ran "Bygones" a postcard business for collectors.  I worked for Charlie (an old Army buddy of my father) and Penny before they sold their collection for a six figure sum!!.  They may not run their business anymore but they still attend shows and purchase cards for their collection. Penny wrote an article for the late, lamented Postcard Collector magazine about Chicago postcards.  Charlie wrote a piece about New York's Automat restaurant for the club newsletter.

Photo #4 is of Agnes Cavalari who is sitting behind a sign which says “I buy old postcards" She told me she has been in the postcard business "for more years than I care to remember." She also told me that she reads my articles in Barr’s which put a smile on my face.

Photo #5 is of Ron Ritzer of the New Jersey base business of Milburn Philatelics. They deal in stamps, postcards and other old paper.

Photos #6 and #7 are of Hy and Sharon Marionpoliskis.  Hy told me he likes to work with both "new and experienced collectors and especially likes to work with people researching their "family history".  Sharon M has actually written a book "Yours for Free" which deals with mid - century advertising.  Photo #8 is of a buyer viewing some cards for purchase.

Penny K told me that one can find out about "art, history and geography" by studying postcards.  Another dealer - Sam Katz said postcards offer "a world in miniature".

I got into postcards because I used to work for Coach Exchange (a stamp company) in the Wall Street area.  I used to deliver stamps to other dealers and they gave me postcards for free - their main interest was stamps and they did not really realize the value and importance of postcards.  Well, I built a collection and began to write for deltiological publications after that.  Hope all your postcard adventures are good ones. If in NYC try to visit one of the Metropolitan Postcard shows. They are held monthly at the Windsor Hotel which is on West 57th Street between 8th and 9th Avenue in Manhattan. The club has actually been written up in the New York Times twice recently.  AS always - "Happy Hunting"!