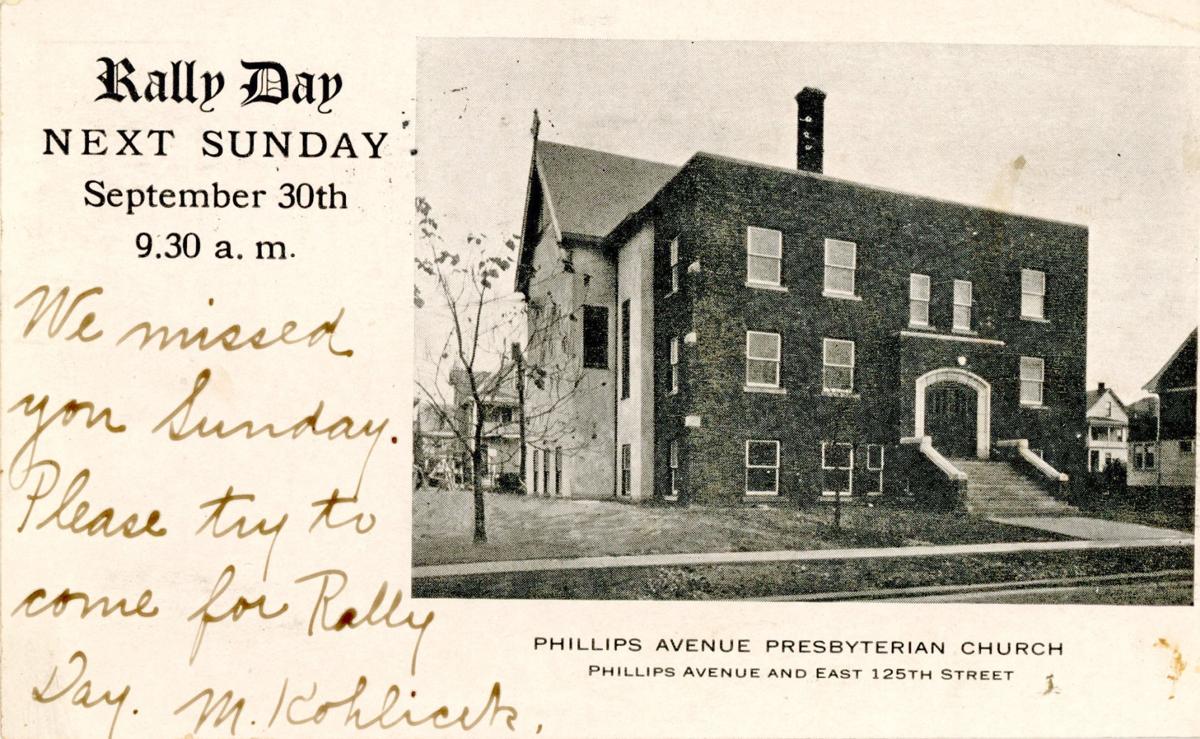 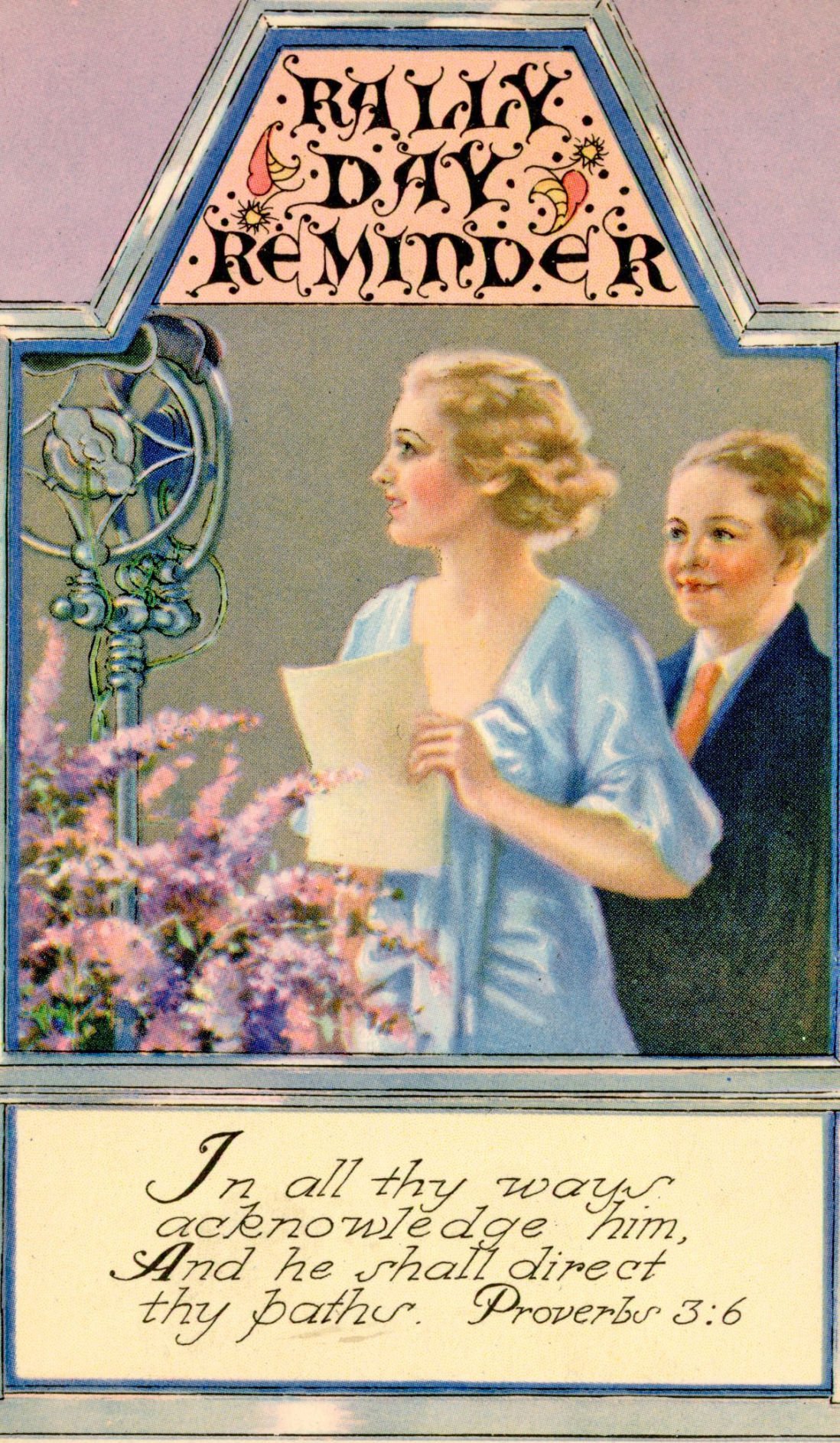 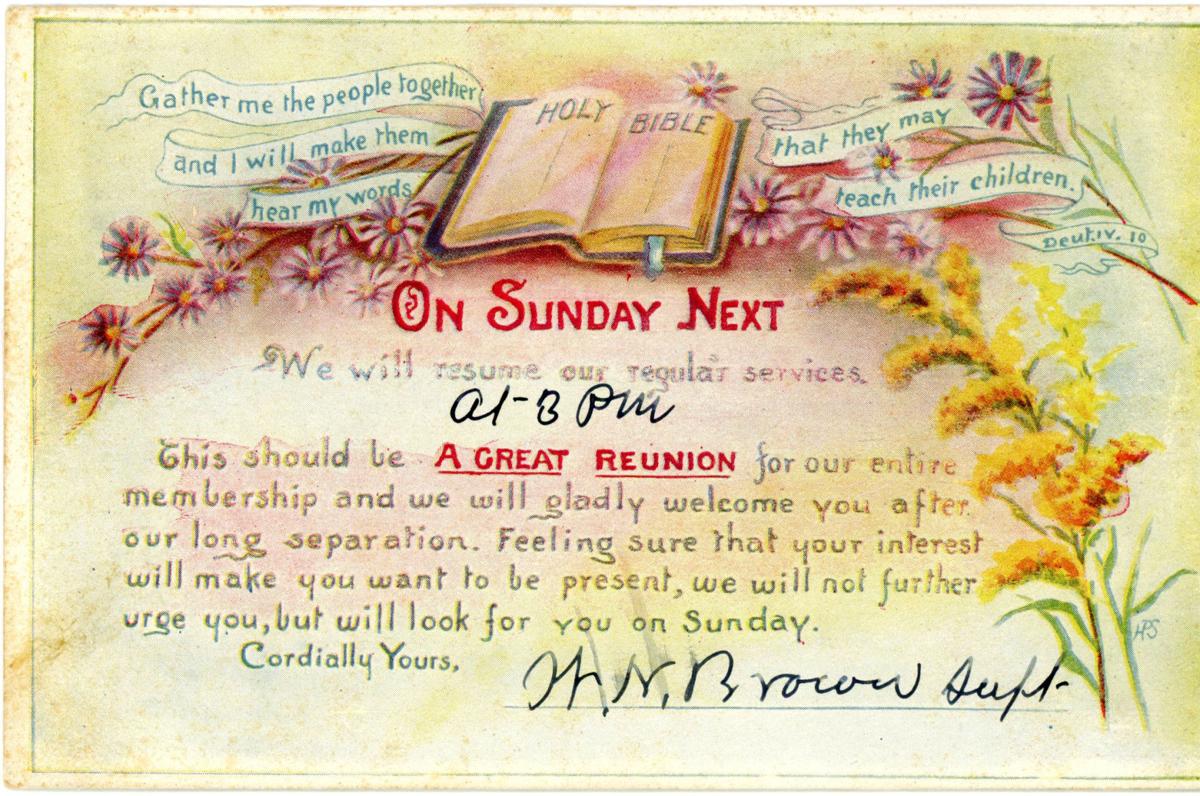 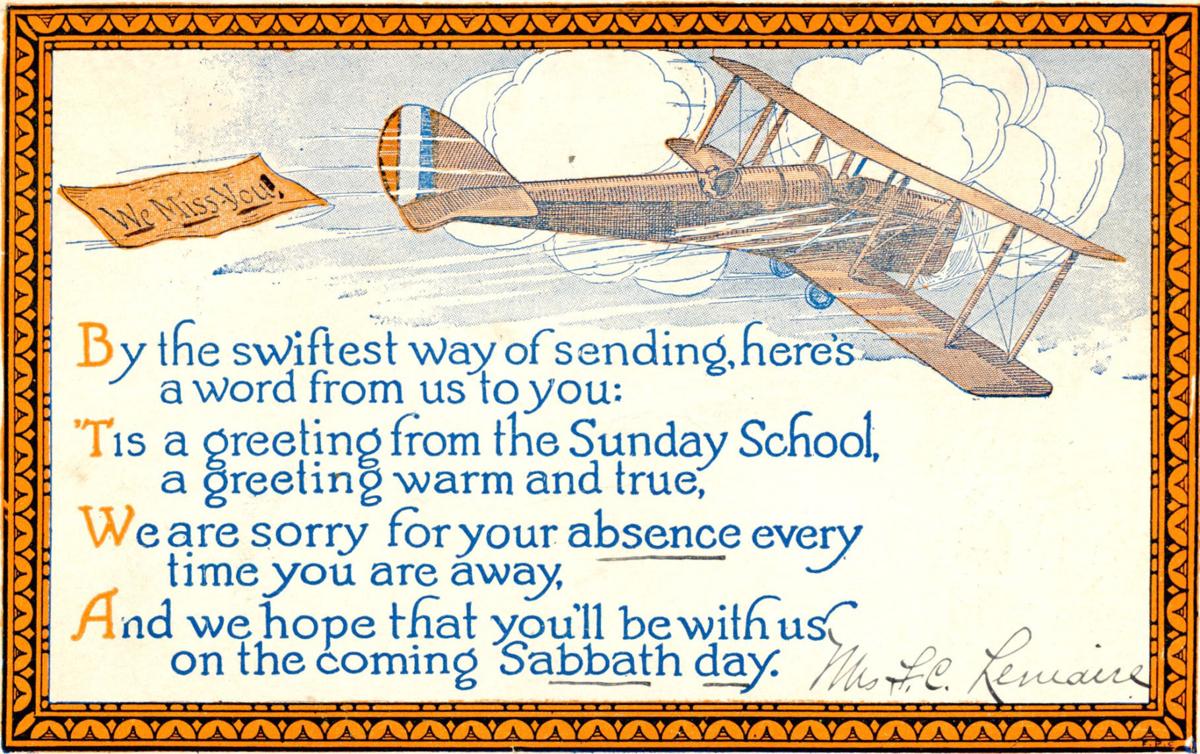 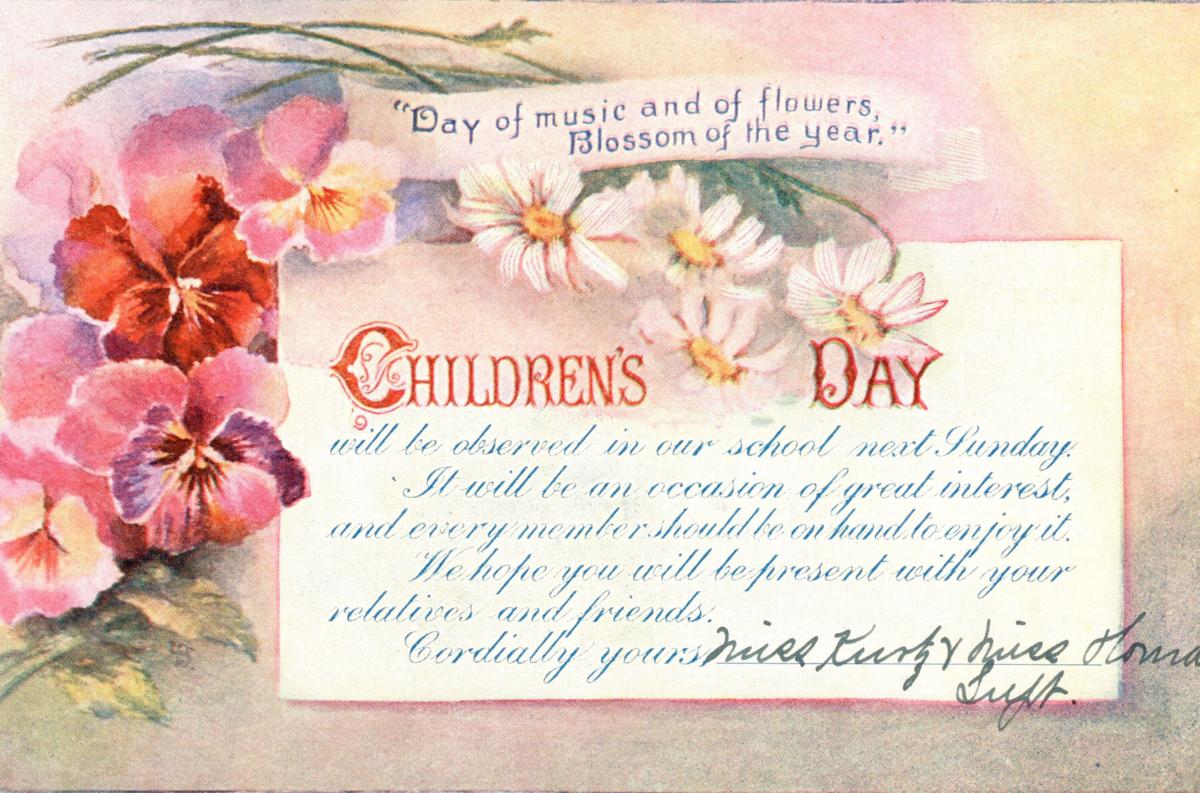 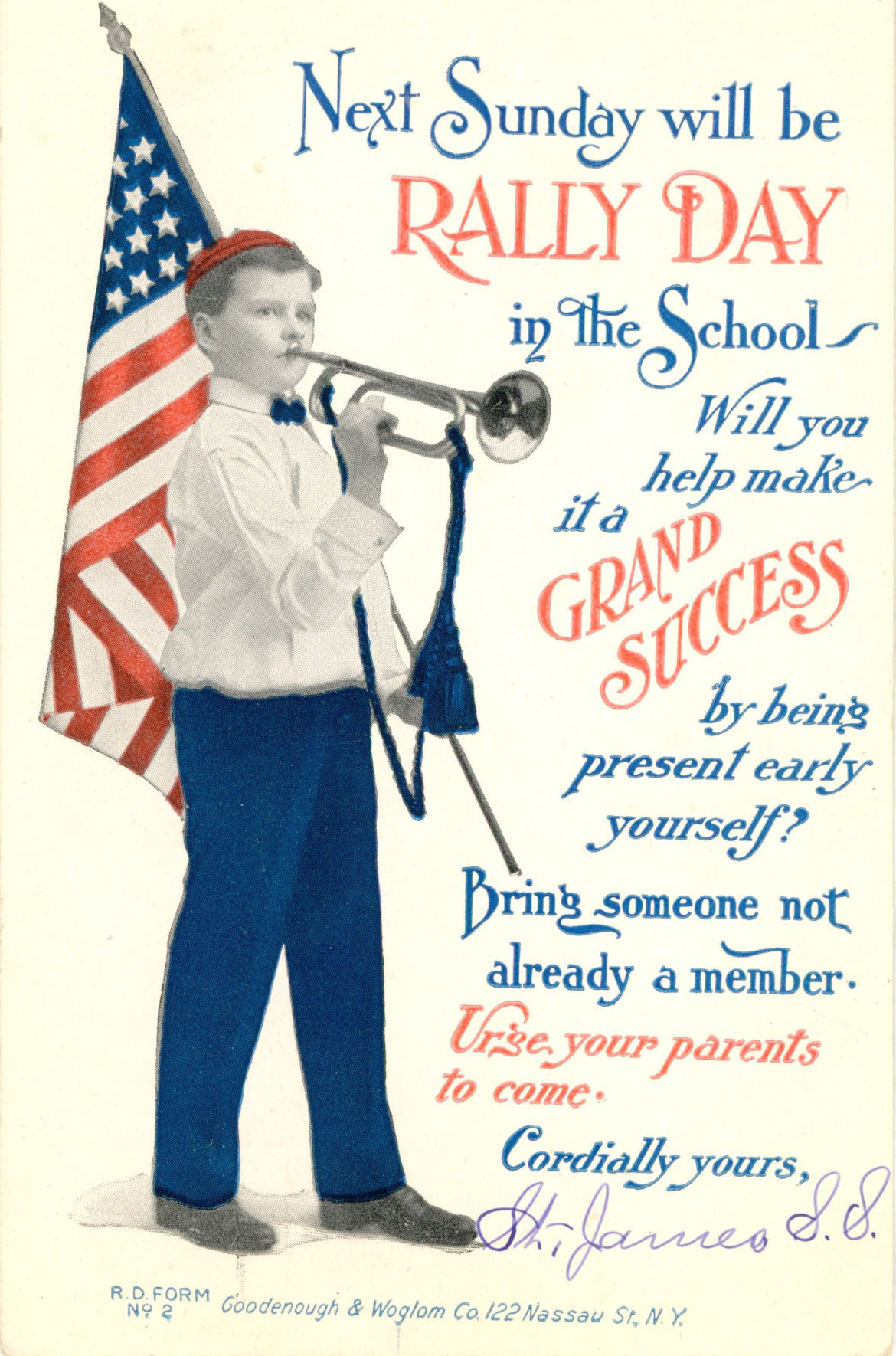 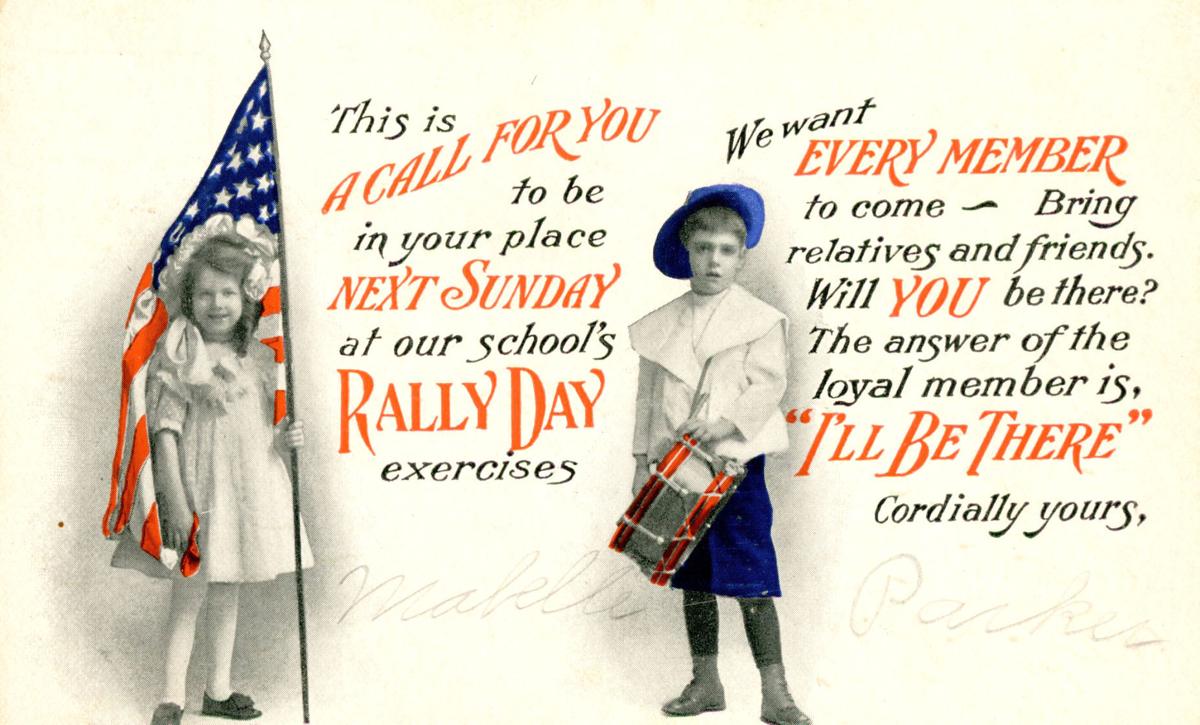 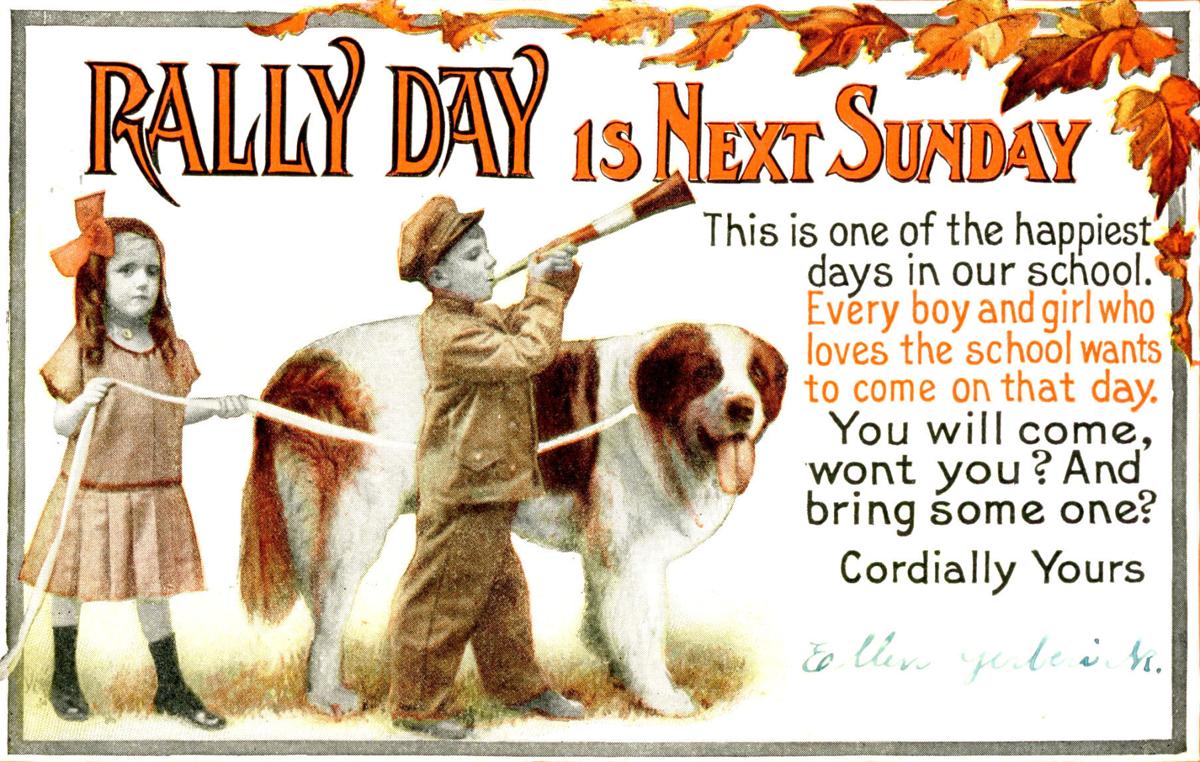 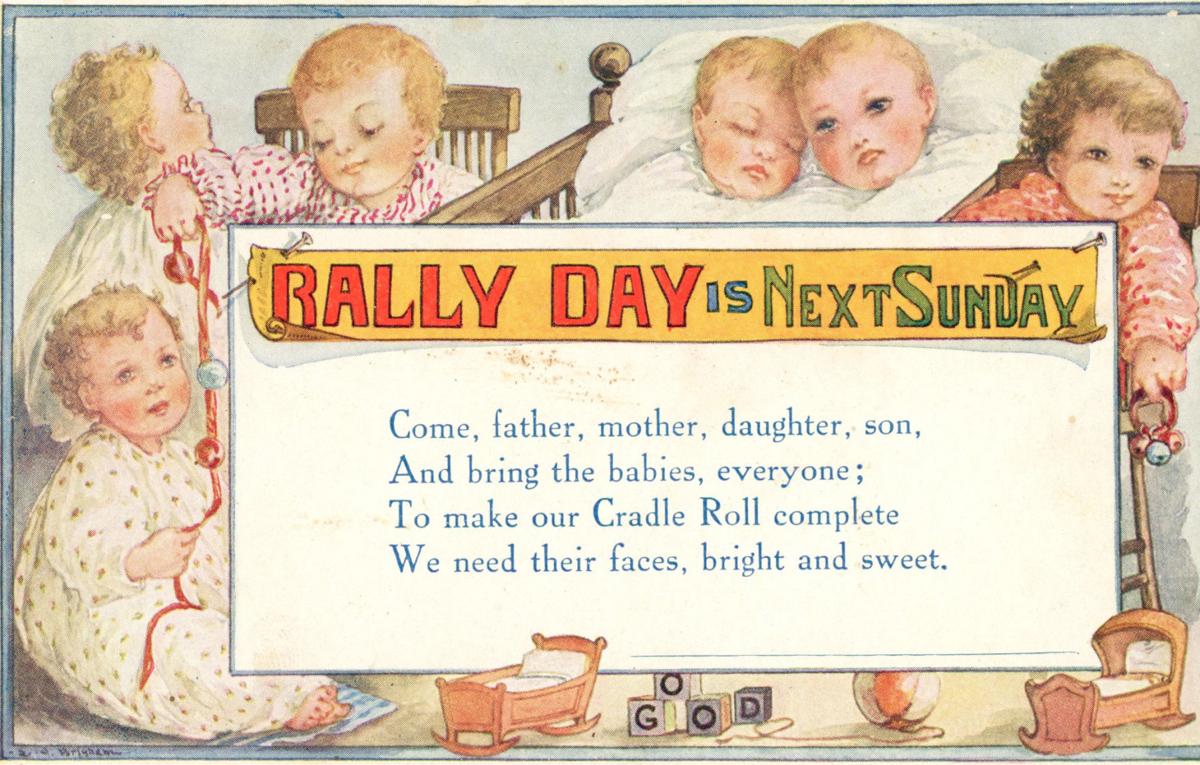 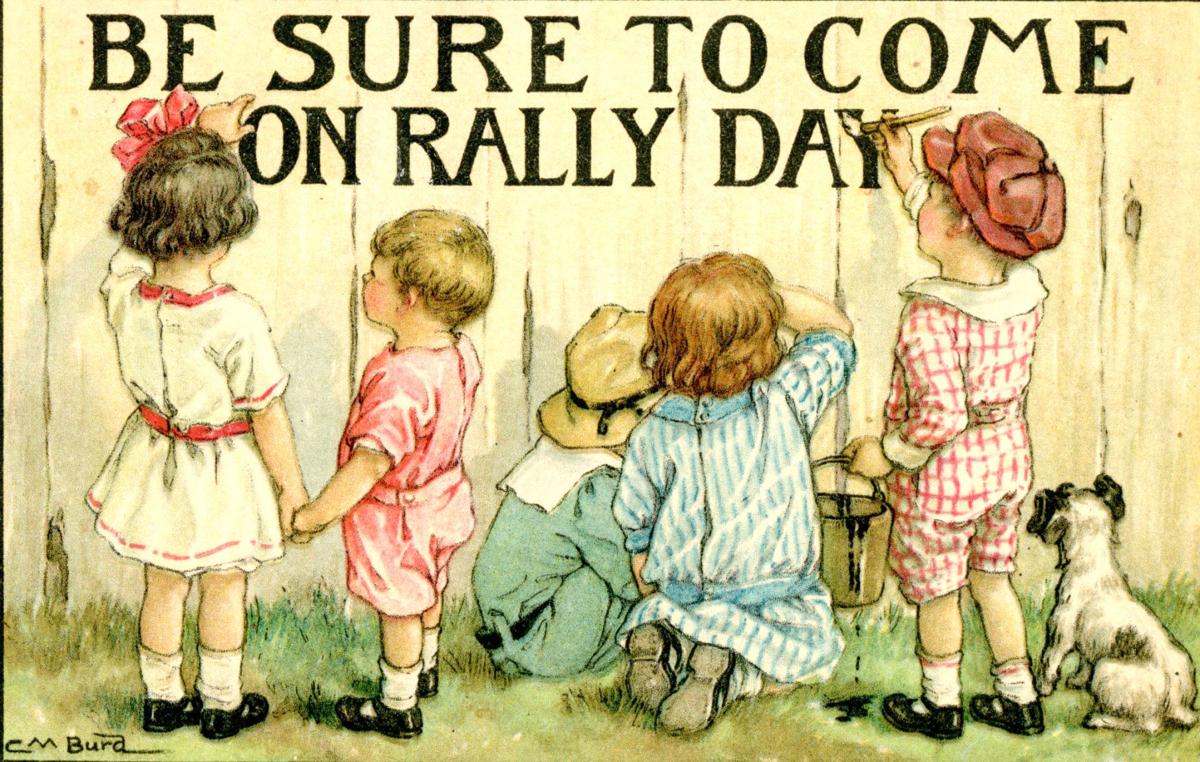 And while Sunday School began in England and was brought to the U.S. in the late 18th century, the English influence was unacceptable for the new religious thinking in America.

Their missionaries were mostly laymen who often traveled on foot. Stephen Paxson was credited with starting more than 1,200 schools. The missionaries carried union publications in many forms including Bibles, tracts, spelling books and other printed materials.

They were instructed not to leave a Sunday School without selling it at a library. Many children learned to read and write at Sunday School.

By the turn of the 20th century, Sunday School postcards came upon the scene including cradle roll, birth announcements; attendance cards, rally day and others. Although many were published by local and private printers, the largest of these printer-publishers were Abington Press, David C. Cook, Goodenaugh and Woglom, and Westminster Press.

Some lovely cards were printed from the artwork of Clara Miller Burd and are also signed. Goodenaugh and Woglom produced thousands of cards that were not signed, but are lovely and are one of my favorite publishers. There are many church and Sunday School cards that invite, wish the recipient to get well, stimulate organization, let you know you were missed, extend glad tidings, celebrate historical events, stimulate attendance, celebrate new life and many other subjects.

This is just another postcard topic that one could collect. The cards are fairly easy to find and most are reasonably priced. They can be found in dealer stocks under church, children, religion, religious, etc. I hope you’ve enjoyed the article as much as I had preparing it. Happy Hunting and God bless you all during this very uneasy time.