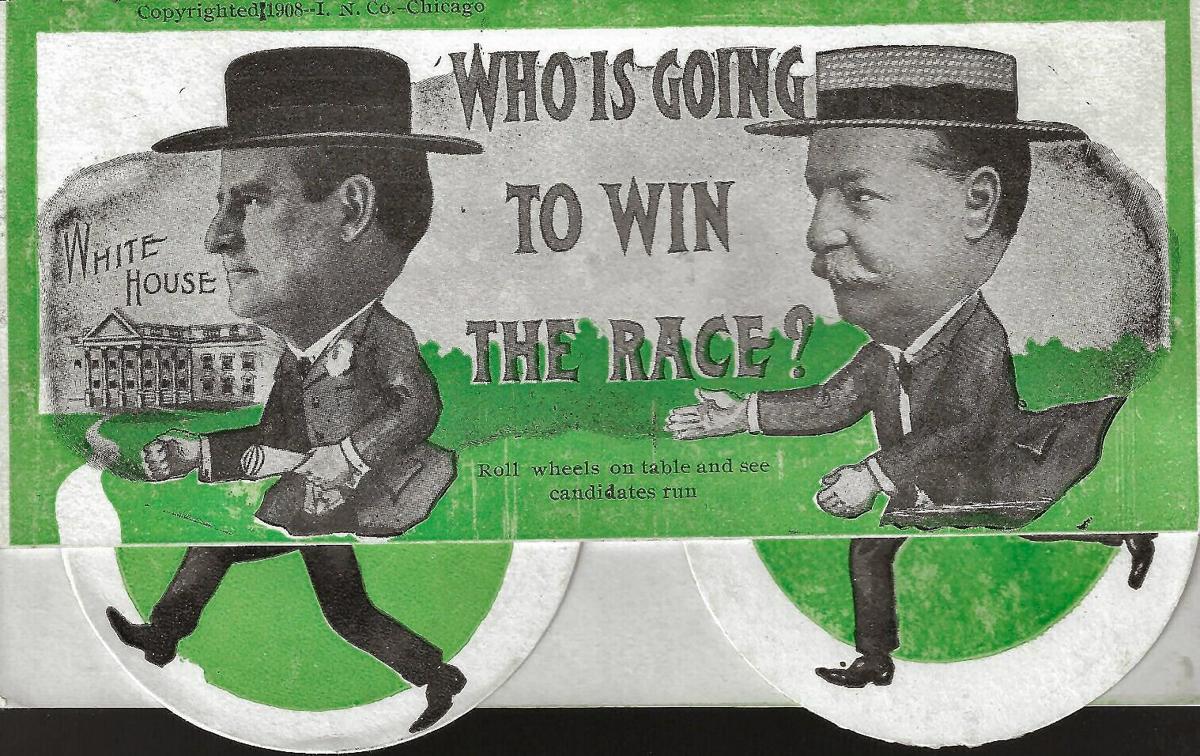 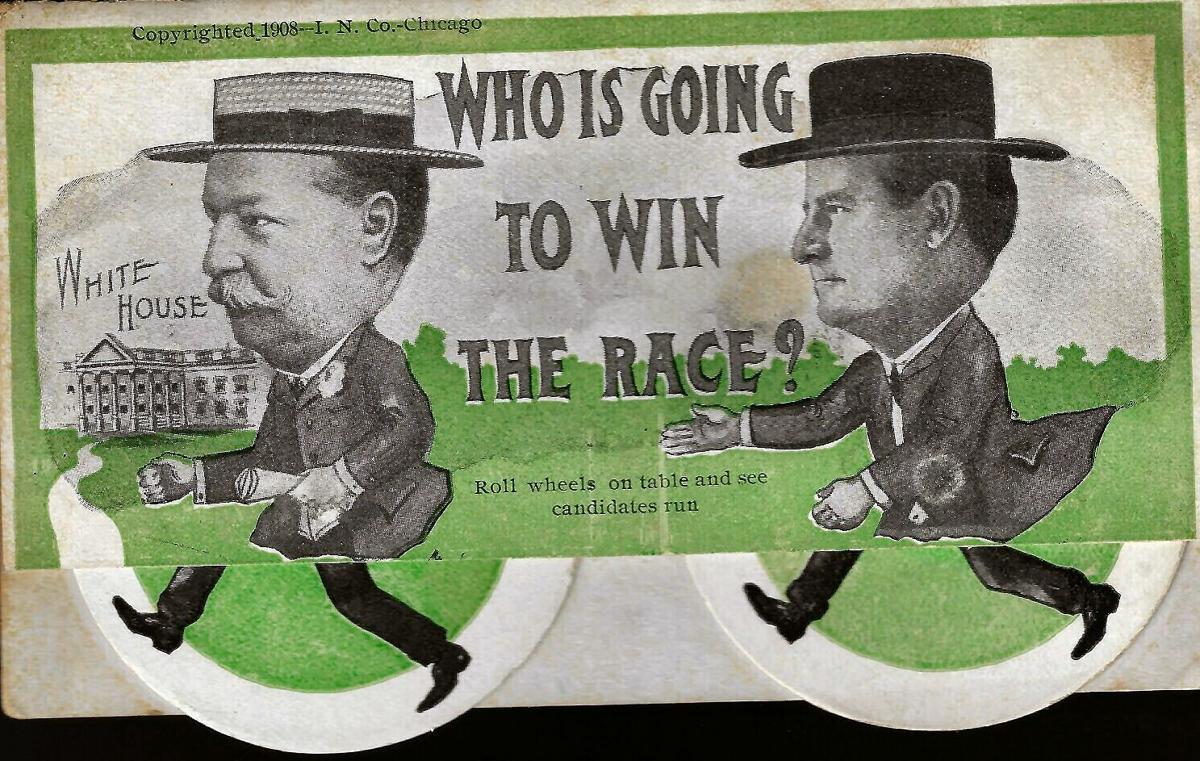 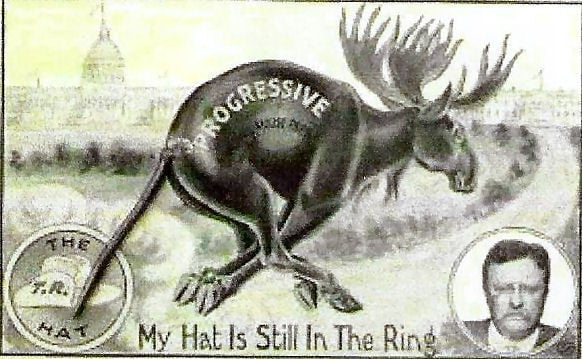 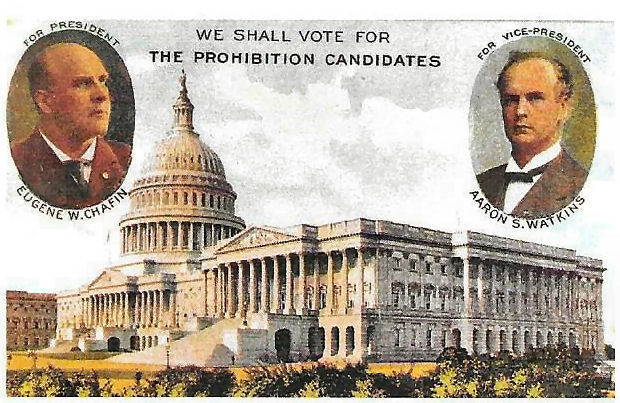 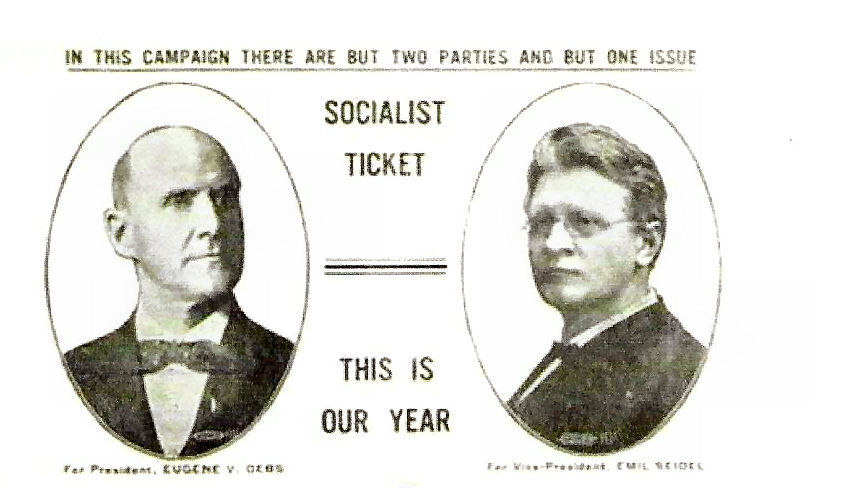 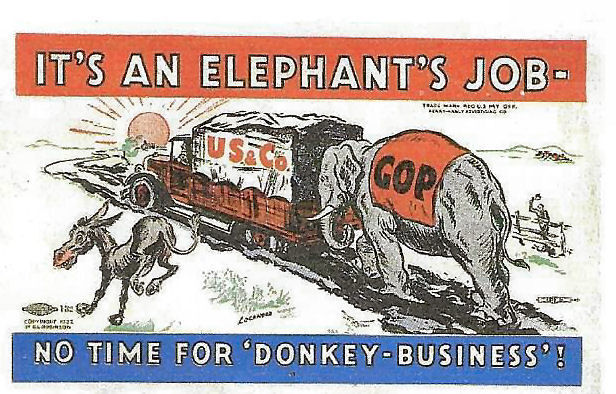 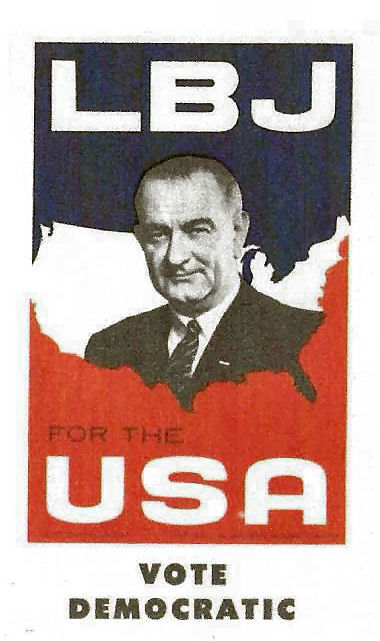 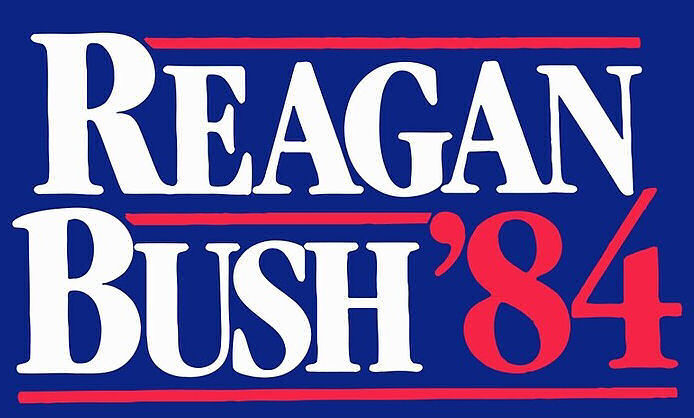 Presidential campaigns and novelty postcards just naturally went together. Figure #1 shows a card designed by the I.N. Co. of Chicago for the 1908 election. When rolled across a hard surface, William Taft appears to chase William Bryan in a race for the White House. Figure #2 shows the same card but with the candidates reversed so that Bryan is chasing Taft. In an instance where novelty foretold reality, no matter how fast the two figures were made to run, Bryan was never able to catch Taft.

The 1912 Presidential election provided novelty postcard makers with an exceptionally fertile field of candidates with whom to work. Running for re-election was the incumbent Republican, William Taft. Woodrow Wilson was nominated by the Democrats to be their candidate, while Theodore Roosevelt, who had split with the Republican Party, ran as an independent third-party candidate for the Progressive “Bull Moose” Party. To celebrate the election, the Schmidt Brothers, a Chicago based company, published a set of novelty postcards each of which featured a Republican elephant, a Democratic donkey, or a Progressive bull moose. To the hindquarters of each of the animals was attached a real wire tail. Figure #3 shows the Bull Moose card of the series. Today, it is rare to find any of these postcards with the original wire tail still attached.

Some of the most interesting campaign postcards have featured various third-party candidates who have sought to become President. Figure #4 shows a jugate style campaign postcard that bears the portraits of Eugene Chafin and Aaron Watkins, the Prohibition Party’s candidates for President and Vice President respectively, for the elections of 1908 and 1912. Although prohibition would eventually be enacted, Chafin and Watkins never made much of an impact in their two runs for the White House.

Figure #5 shows a black and white postcard published for the 1912 Socialist Party team of Eugene Debs and Emil Seidel. Debs, a union organizer, ran for the Presidency in 1900, 1904. 1908, 1912 and again in 1920, the last time from a prison cell. In 1912, Debs coupled with Seidel, the first socialist ever to be elected mayor of a major American city, Milwaukee. Surprisingly, that year, the Debs/Seidel ticket collected more than 900,000 votes or about 6% of the popular vote. Although today campaign buttons for third party Presidential candidates remain relatively easy to find, postcards are not

By the end of World War I, the Golden Age of the postcard was at an end. Although Presidential campaign postcards continued to be manufactured, they would never again obtain the popularity of the cards produced for the 1908 election. Figure #6 shows an illustrated campaign postcard published in 1932 for the Republican Party in support of incumbent President Herbert Hoover. Unfortunately for Hoover, his fate had already been sealed by the stock market crash of 1929 and the subsequent depression that followed. The card retains two characteristics that had been prevalent on earlier campaign postcards: the patriotic red, white and blue color motif and the Republican elephant together with the Democratic donkey.

Figure #7 is a campaign postcard from 1964. While the red, white, and blue color scheme was still as popular as ever, the elephant and the donkey had been replaced by a solitary portrait of the incumbent Democratic President, Lyndon Johnson. Figure #8 demonstrates a further evolution of the campaign postcard. Produced for the election of 1984, this red, white and blue card contains no illustrations and only the slogan “Reagan Bush ‘84”. It is the ultimate minimalistic modern Presidential campaign postcard. What a contrast to the beautifully executed imaginative images of earlier times!

Finally, a word about pricing and value. All modern Presidential campaign postcards are still abundant and inexpensive (less than $10), except for some of the third-party candidate cards that can reach the $25 range. Likewise, all of the oldest Presidential campaign postcards continue to appreciate in value, some being quire rare. Be prepared to pay $50 and up (and in some cases, way up), for them. Still, collecting these gems means obtaining a tiny piece of American political history, so study up, keep open a sharp and critical eye and above all, have fun. Until next time, be well, stay safe and good hunting!