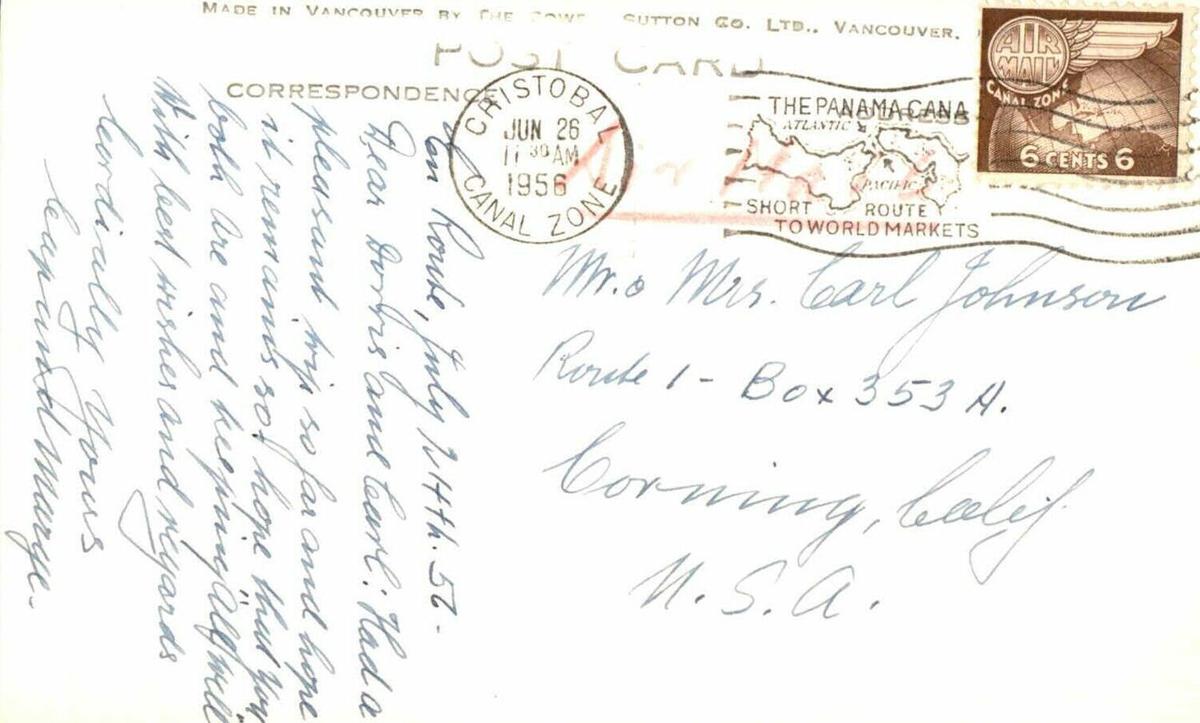 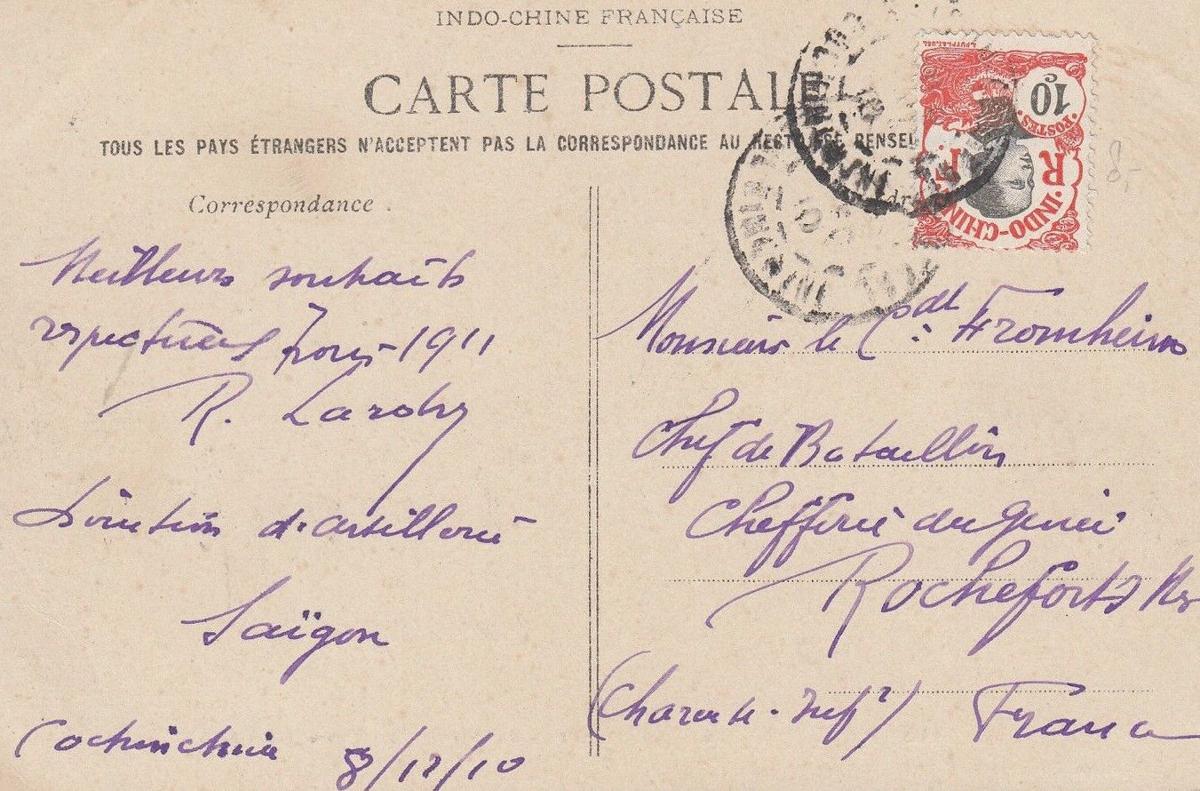 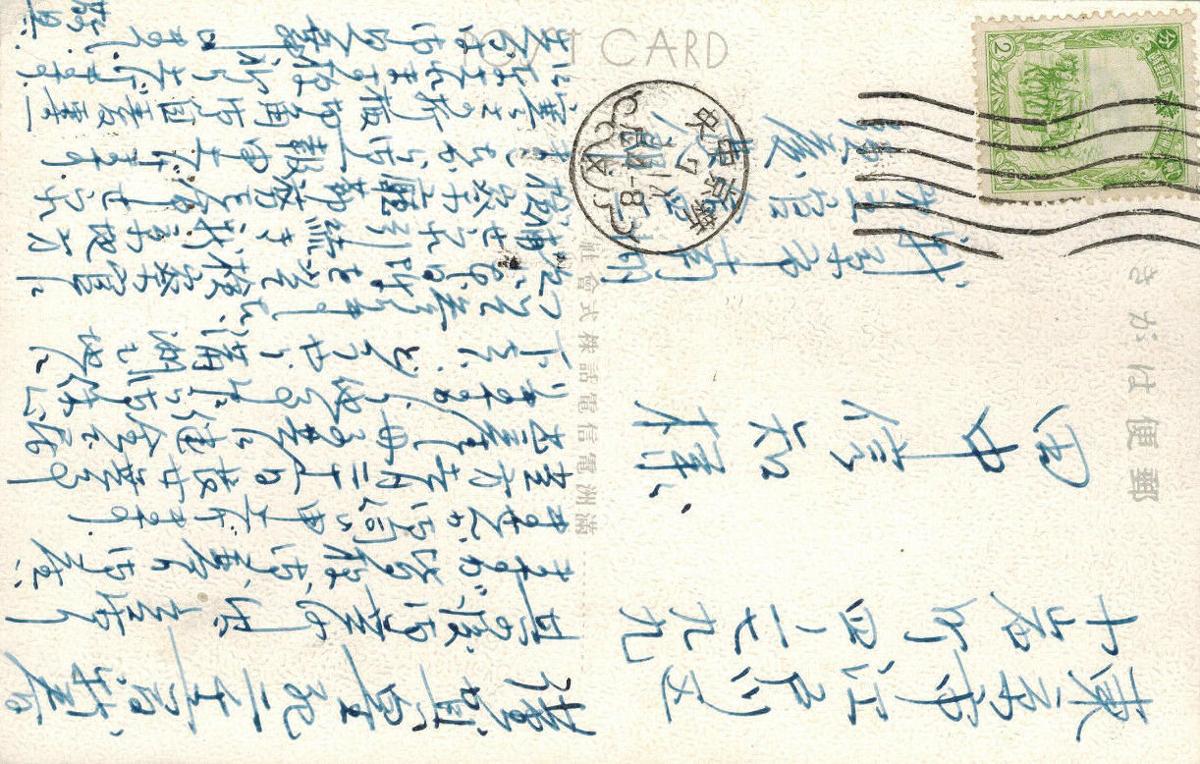 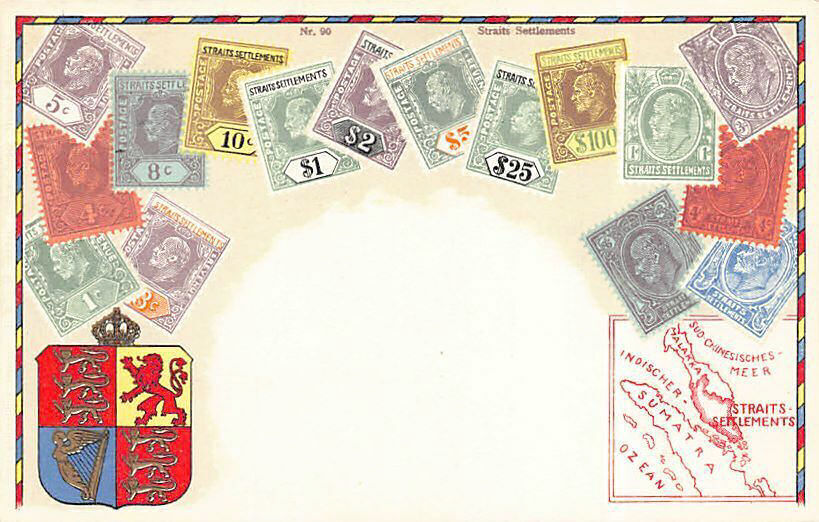 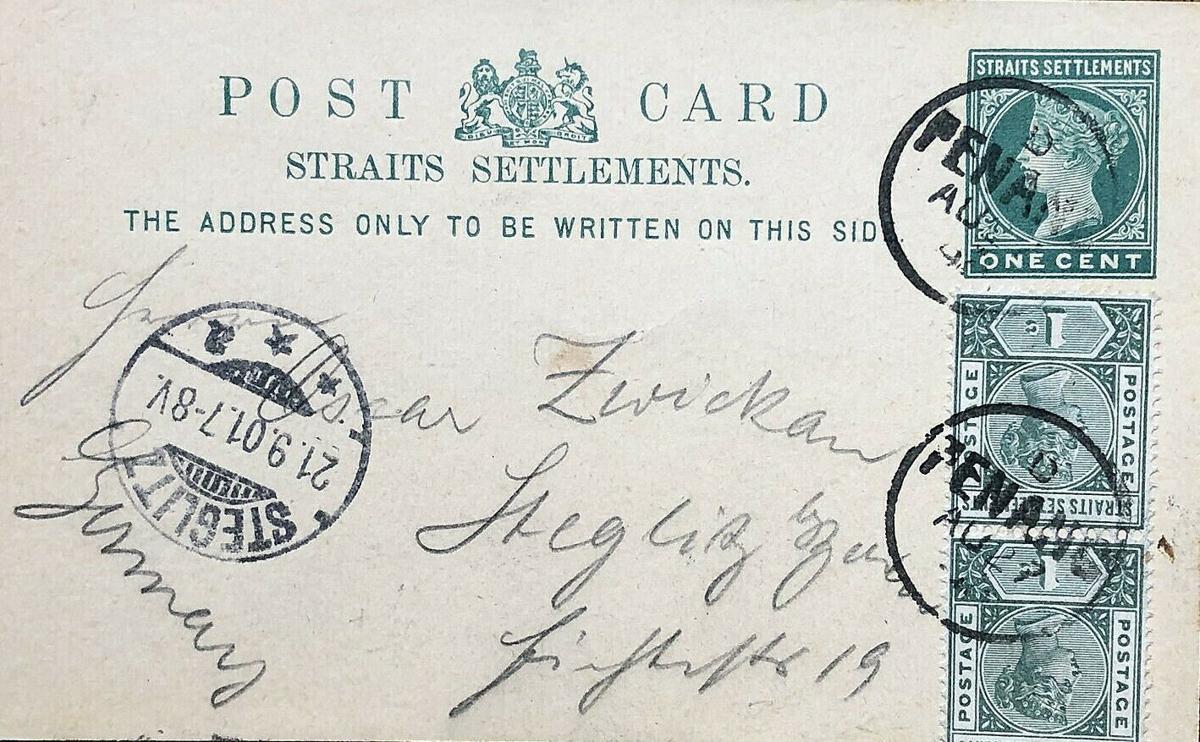 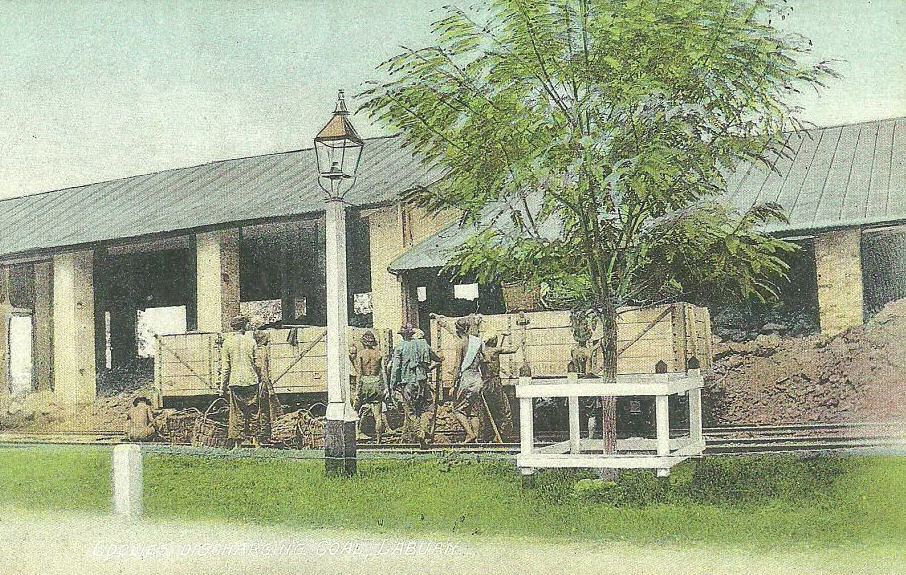 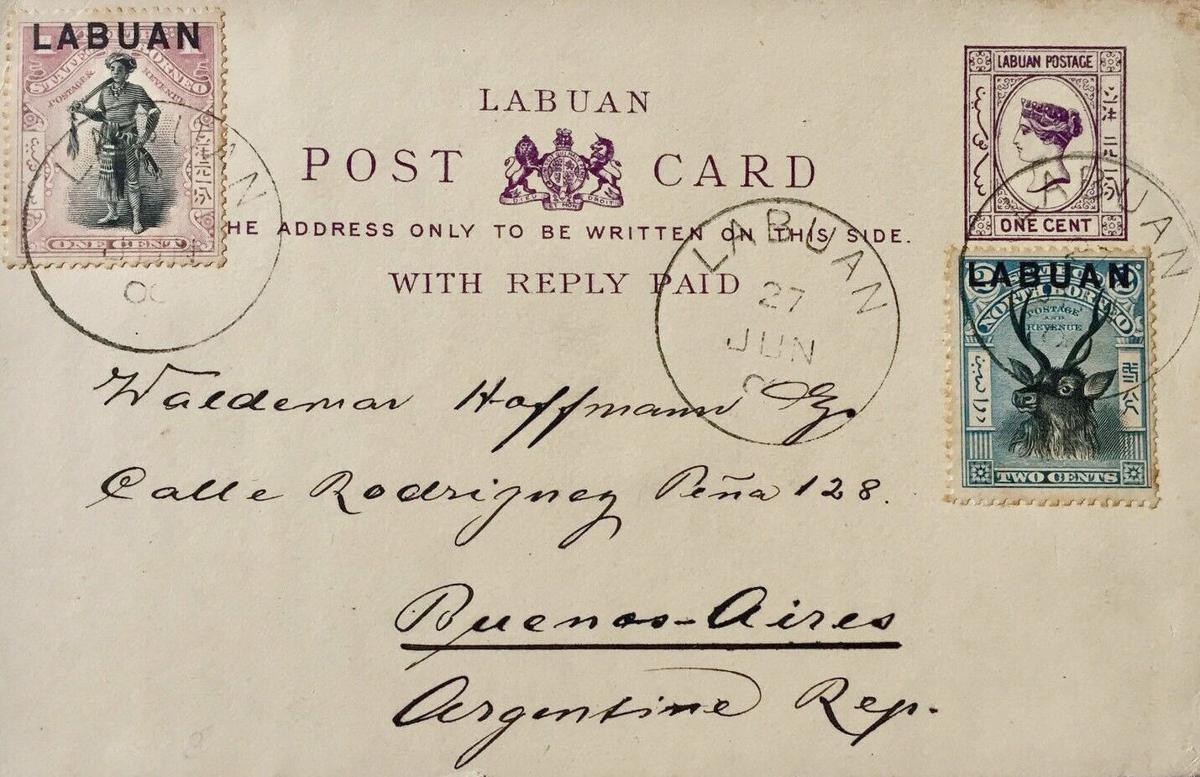 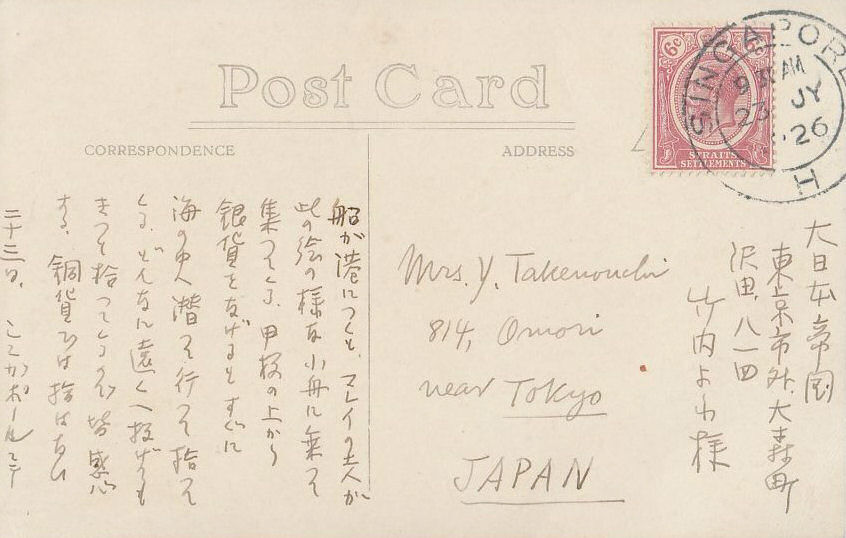 Like many of you, I am always looking to add new categories of interest to my postcard collection. Recently, I came across the card shown in Figure #1. This card was sent from the Canal Zone to the United States in June of 1956. The Canal Zone was established by President Theodore Roosevelt and consisted of the Panama Canal and the land immediately surrounding it. The Canal Zone was governed by the United States as an unincorporated territory from 1903 until 1979 during which time it printed its own postage stamps. In philatelic parlance, any stamp issuing nation or political entity which has ceased to exist is known as a “dead country”.

It occurred to me that collecting postcards from dead countries could present an interesting challenge while at the same time be historically rewarding. For example, long before the United States became embroiled in the Vietnam War, much of what became South Vietnam was ruled by the French and was known as French Indochina. Figure #2 shows a picture postcard sent from Saigon, Indochina, to Paris France, in 1910. The French continued to rule this area until 1949 when Indochina was divided into Laos, Cambodia and Viet Nam.

Figure #3 shows a picture postcard sent from Hsinking, Manchukuo, to Japan in 1940. In 1931, Japan invaded China and established the constitutional monarchy of Manchukuo in northeastern China. In reality, Manchukuo was nothing more than a puppet state for the Japanese Empire. Six years later, in 1937, Japan initiated a full-scale invasion of China using Manchukuo as its military and industrial base. Japan controlled Manchukuo during World War II until August of 1945 when Manchukuo was occupied by Soviet troops. In May of 1946, the area was returned to China. During the 14 years of its existence, Manchukuo produced nearly 170 different postage stamps, but postally used postcards from Manchukuo are not common.

In 1846, the island of Labuan, located off the coast of Borneo, was obtained by Great Britain from the Sultan of Brunei. Important for its rich coal deposits used to refuel British ships (Figure #6), Labuan became a British Crown Colony in 1848. Figure #7 shows a postal stationary card sent from Labuan to the Argentine Republic in 1900. In October of 1906, Labuan became part of the Straits Settlements.

These were just a few examples of philatelic dead countries. I’m sure that you can think of many more. To me, it is exciting to search for postcards from places that no longer exist. How about you? If you share my interest in dead countries, feel free to get in touch with me at bushcw@comcast.net. I would enjoy hearing about your searches and sharing your treasures with other Barr’s readers if you give permission. Until next time, stay safe and happy hunting!