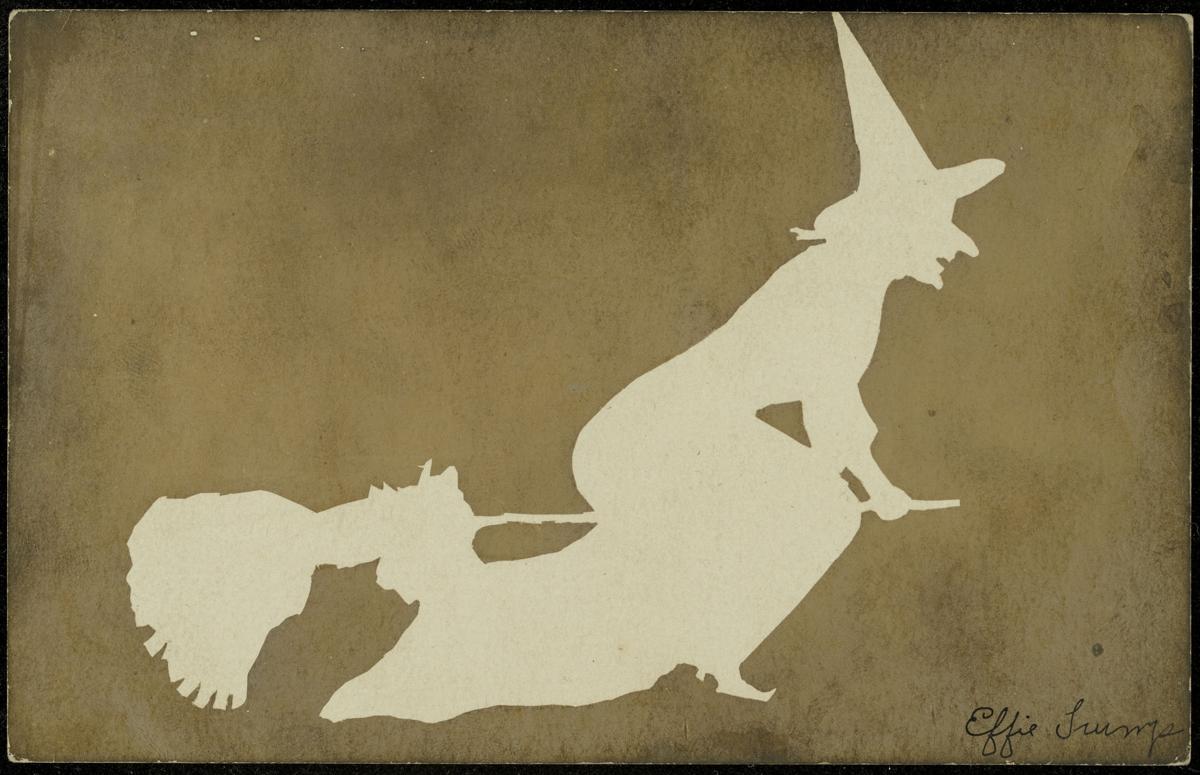 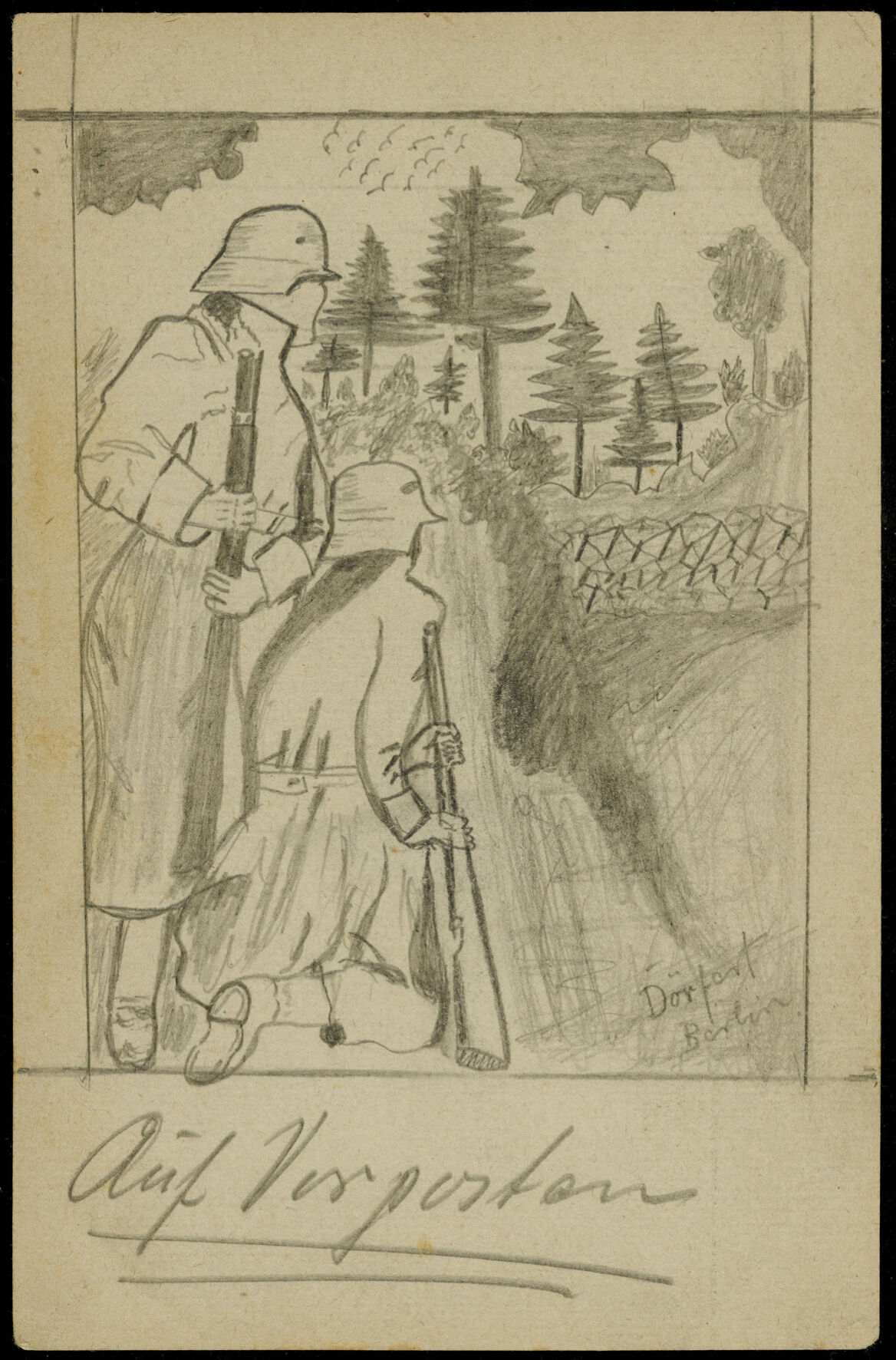 The Museum of Fine Arts, Boston (MFA), announced today the acquisition of the Joel Wayne Collection of hand-drawn postcards, the largest and most significant collection of its kind. This group of nearly 1,600 hand-drawn cards, assembled over many years by Los Angeles-based collector Joel Wayne, brings to the MFA the leading collection of this branch of popular art. Ranging in date from the end of the 19th century to the middle of the 20th, the cards marry the energy and often offbeat creativity of outsider and folk art to a medium that was popular in the early decades of the century, but is more commonly associated with commercial printing and design. The inventiveness and artistic range apparent in the Wayne Collection will come as a surprise even to those who are familiar with the history of postcards and 20th-century art.

The Wayne Collection is particularly strong in American cards from the first four decades of the 20th century. Extensive groups are dedicated to fashion, civic celebration and race relations, as well as travel and vacation—themes popular in the medium. Holidays are a particularly important subject: cats and witches for Halloween; Thanksgiving turkeys; and a wide variety of subjects, both religious and secular for Christmas and Easter. The Wayne Collection also boasts an interesting group of serialized cards, built around pictorial narratives that were mailed over a period of weeks or even months.

“These cards, in which individual artistic expression is joined to a personal message or commentary, are a unique form of postal folk art,” said Wayne. “This sort of intimate detail is not usually found on photographic material of the era. It is one of the things that attracted me so powerfully to these cards and inspired me to collect what had been neglected objects.”

Some of the most important material in the Wayne Collection is from outside the U.S. Wayne has long pursued hand-drawn cards associated with World War I, and the collection boasts an extraordinary group of several hundred postcards drawn by soldiers in the trenches on both sides of the front. These cards range from simple figures to sophisticated scenes of camp life. Historically fascinating, they are also moving, as a selection of cards show daily life at the front with a pictorial immediacy that is almost impossible to duplicate. This section of the collection will be of immense interest to scholars both from a documentary perspective and as a demonstration of the power and persistence of creativity in the face of horror. The MFA’s collection has a special strength in works associated with World War I, thanks primarily to the comprehensive collection of posters donated by John Taylor Spaulding in the late 1930s. The hand-drawn cards in the Wayne Collection add significant depth to that collection, and bring a different perspective on the war to the Museum.

The Wayne Collection represents the most significant addition to the MFA’s collection of postcards since the gift of the Leonard A. Lauder Postcard Archive in 2010. This new acquisition complements the Lauder Archive, which does not include hand-drawn cards but is strong in commercially printed and photographic cards. With the addition of the Wayne Collection, the MFA is now the leading center for the study of postcards. Together, the collections tell a richer story about the history of a medium that was of almost immeasurably popularity and influence in the early 20th century.

“The MFA is committed to showing the extraordinary range of the postcard as an artistic medium and a repository of history and memory,” said Benjamin Weiss, the MFA’s Director of Collections and Leonard A. Lauder Curator of Visual Culture. “Joel’s collection opens a window that even the most passionate of postcard collectors and devotees may not even have known existed, let alone was closed to them. The cards in this gift—funny, charming, poignant, beautiful—are also a major addition to the MFA’s very significant collections of American folk art, an area of increased emphasis here at the Museum. The MFA is committed to wide access, and all postcards in the Museum’s collection are made available on the MFA’s website at collections.mfa.org. The Wayne Collection is currently being catalogued, photographed and loaded into the database.

ABOUT JOEL WAYNE Joel Wayne is a legend in the world of postcards. A collector for nearly 50years, he is famous both for his discerning eye and his persistent search for the best and most distinctive cards, whether hand-drawn or photographic, which he also collects. Born and raised in New York, he led a successful career at Grey Advertising, where he worked his way up through the organization, becoming Creative Director at the age of 21 and eventually Executive Vice President. During his New York career, Wayne won numerous awards from the Art Directors’ Club, as well as many Clio Awards. In 1980, Wayne moved to Los Angeles to run the advertising division of Warner Brothers. There, he again met with great success, bringing an adventurously subtle and artistic approach to promoting films; he continued to win award after award for campaigns that promoted films as varied as “Chariots of Fire,” “Empire of the Sun,” “Goodfellas,” “The Color Purple,” “Lethal Weapon” and “The Matrix.” Wayne resides in Los Angeles, where he is still an active collector and has passed on the passion to his son, Douglas Wayne, who is the president of the Federation of International Postcard Dealers.

POSTCARDS AT THE MFA Host to the Leonard A. Lauder Postcard Archive, the Leonard A. Lauder Collection of Japanese Postcards, and a number of smaller collections, the MFA holds, or has been promised, nearly 130,000 cards. The Museum’s collection illustrates nearly the full history of the medium, so popular and important in the years around 1900 that writers described the world as being in the inescapable grip of postcard madness. The MFA’s collection provides an unparalleled resource for the history of the postcard itself, and, by extension, a vast visual archive that captures graphic design, history, politics, propaganda, war, style, fashion and the (sometimes odd) sense of humor of the years around the turn of the 20th century. By virtue of its immense popularity, the postcard distilled every issue that interested, obsessed, titillated or frightened society in the decades between 1890 and 1940.The collection is available to postcard enthusiasts and scholars at the MFA and online. The Museum’s collections database contains an ever-growing record of its postcard holdings, complete with digital images of the fronts of the cards and, when relevant, the backs.

One of the nation’s oldest art museums, the Museum of Fine Arts, Boston (MFA), was founded on February 4, 1870. The Museum opened its doors to the public on July 4, 1876—the nation’s centennial—at its original location in Copley Square. Over the next several decades, the MFA’s collection and visitation grew exponentially, and in 1909, the Museum moved to its current home on Huntington Avenue. Today, the MFA houses a global collection encompassing nearly 500,000 works of art, from ancient to contemporary, and welcomes approximately 1.2 million visitors each year to celebrate the human experience through art as well as innovative exhibitions and programs. In 2017, Matthew Teitelbaum, the 11th director in the Museum’s history, unveiled MFA 2020, a three-year Strategic Plan that articulated a forward-looking vision for the Museum to become an institution of the moment and more connected to the community. The spirit of collaboration and engagement at the core of MFA 2020has been brought to life over the past three years through the implementation of more than 50 initiatives, the full slate of which will be realized during the Museum’s 150th anniversary year.

Open seven days a week, the MFA’s hours are Saturday through Tuesday, 10 am–5 pm; and Wednesday through Friday, 10 am–10 pm. Admission is free for MFA Members, University Members and youths age 17 and younger. Wednesday nights after 4 pm admission is by voluntary contribution(suggested donation $25)and is free to all visitors during Martin Luther King Jr. Day, the Lunar New Year Celebration, Memorial Day, Free Fun Friday and Indigenous Peoples’ Day. Admission (which includes one repeat visit within 10 days) is $25 for adults and $23 for seniors and students age 18 and older, and includes entry to all galleries and special exhibitions. The Museum’s mobile MFA Guide is available at ticket desks and the Sharf Visitor Center for $5, members; $6, non-members; and $4, youths. The Museum is closed on New Year’s Day, Patriots’ Day, Independence Day, Thanksgiving, and Christmas. The MFA is located on the Avenue of the Arts at 465 Huntington Avenue, Boston, MA 02115. For more information, call 617.267.9300, visit mfa.org or follow the MFA on Facebook, Twitter and Instagram.