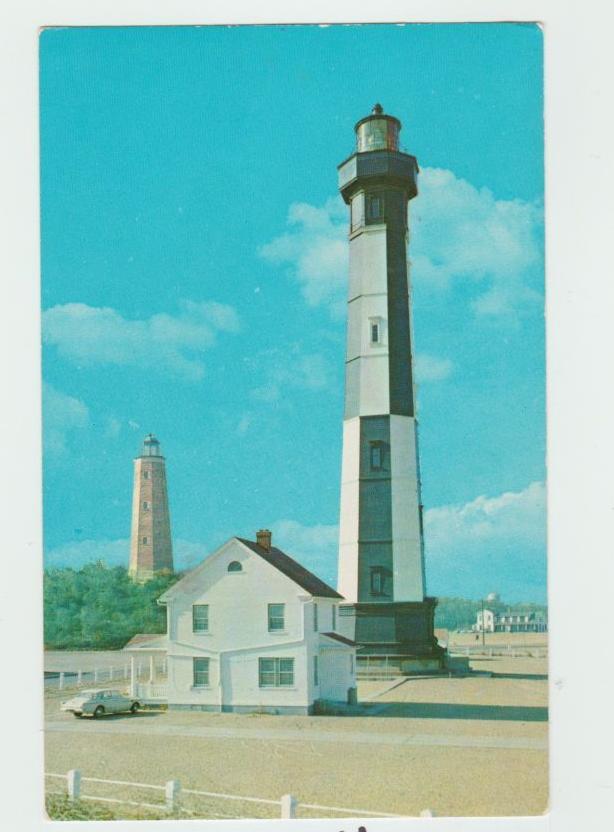 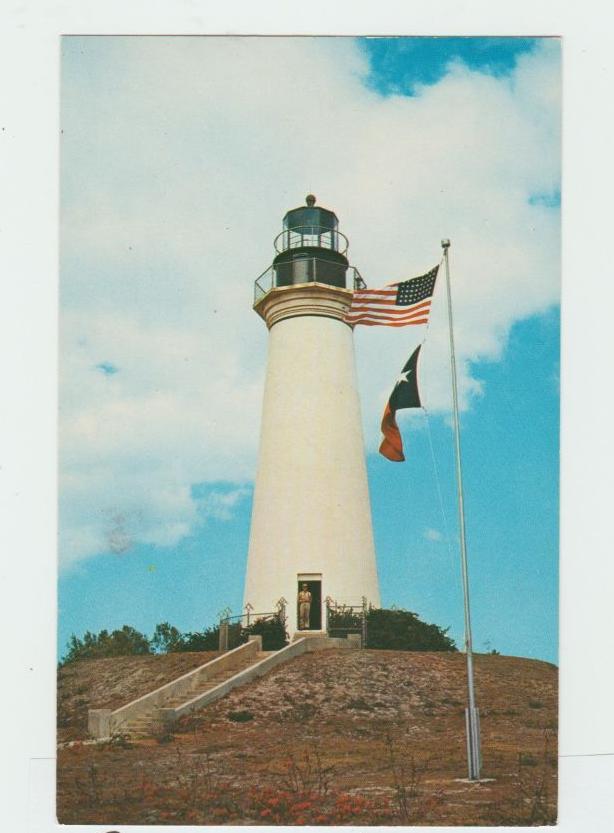 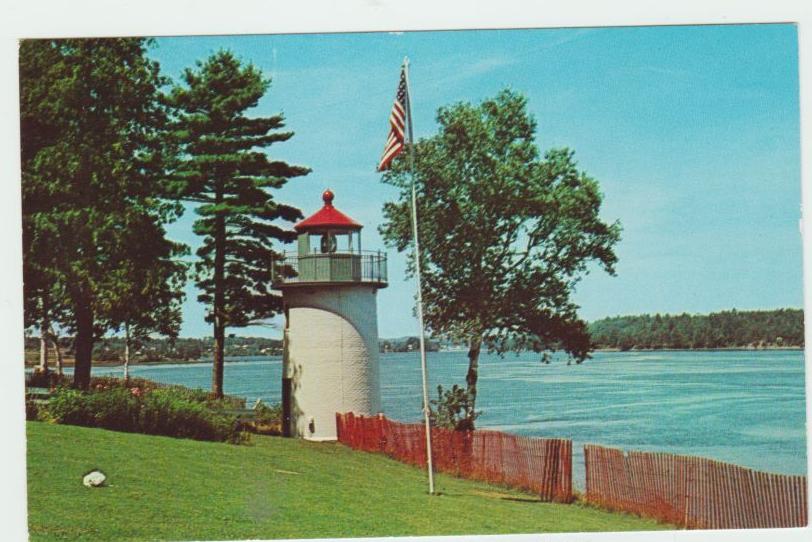 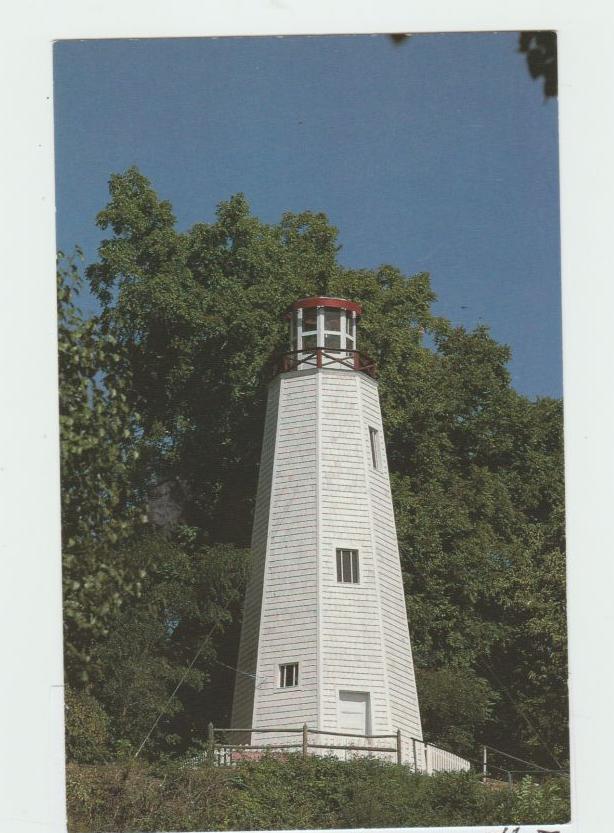 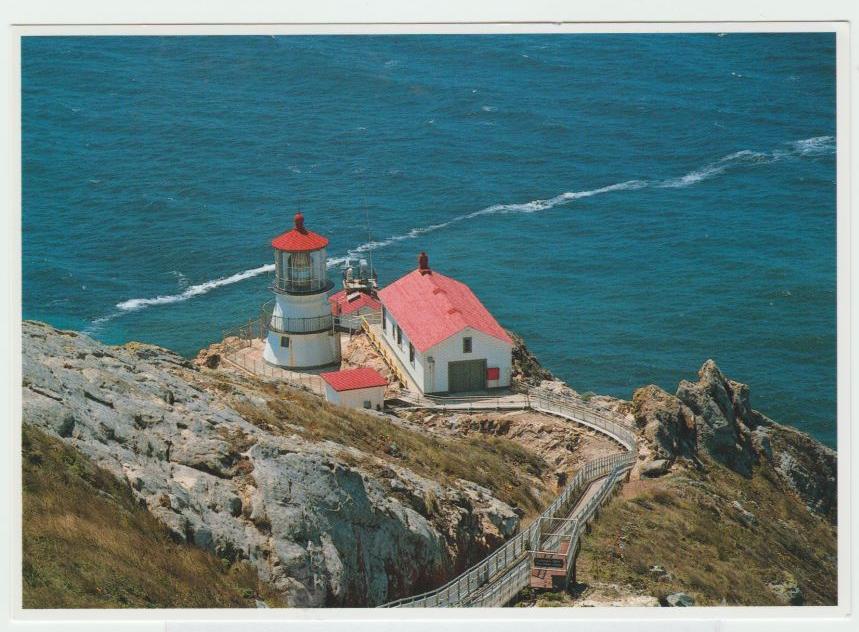 #1 This postcard is a photograph taken at the Point Reyes National Seashore by Ed Cooper ©1984.

#1 This postcard is a photograph taken at the Point Reyes National Seashore by Ed Cooper ©1984.

Point Reyes Lighthouse brings back memories. We were visiting family in Dublin, California. They wanted to show us the lighthouse. On March 9, 2004, we took off for the day, driving up to San Francisco and across the Golden Gate Bridge. The lighthouse is located about 20 miles north of San Francisco. Migrating whales were sighted in the Pacific in that area and it was our plan to see the gray whales in the Pacific Ocean as well as the lighthouse along the coast. Point Reyes is included in the National Register of Historic Places.

It was an exciting trip along the coast starting with Dramamine Drive, on U.S 101, winding around the hills and curves of the craggy coast line. The Point Reyes Lighthouse stands 600 feet above the Pacific Ocean and 300 feet from the top of Point Reyes headlands. It is known as the windiest place along the Pacific Ocean and the second foggiest location in North America, having fog as much as 110 days in a year. The wind speeds of 60 mph are not uncommon. When we were there it was sunny, but we needed light jackets to combat the wicked wind.

We had 308 cement steps to walk from the parking lot down to the lighthouse. The Point Reye’s Lighthouse was originally built in 1870 on the peninsula. It was automated in 1975.

The Point Reyes Lighthouse serves as a national park exhibit and an active aid to navigation. It is owned by the National Park Service and the U.S. Coast Guard. The lighthouse is a cylindrical, cast iron tower with a brick lining. It is painted white and has a red roof. The focal plane is 294 feet above sea level. Point Reyes National Seashore was included in the National Register of Historic places in 1991.

Yes, we watched for whales that have been reported to weigh a ton. We did not see any whales in the Pacific Ocean however there were many sea lions sunning themselves in the rocks. And far below, we could see the red buoys along the coast to warn ships not to come to close.

Before going to the car, we stopped at the visitor’s center to buy postcards to help preserve memories of a fabulous day at the Point Reyes National Seashore and then we slowly trudged up the 308 steps back to the car!

Two Cape Henry Lighthouses stand in Virginia Beach, Virginia. The sand-stone lighthouse in the rear of the card is the first Federal built lighthouse in America. The date was 1791. It was also the tallest fully enclosed pyramidal tower standing 90 feet in the air at the time. The original Cape Henry Lighthouse was replaced in 1881 by the present structure about 350 foot from the original. It is now the tallest, 157 foot high, fully enclosed cast iron lighthouse, painted black and white. It marks the entrance to Chesapeake Bay.

The Scenic Chrome Photo postcard by Don Bartels shows the Port Isabela Lighthouse that was originally built in 1880.It was completely restored in 2000. This historic sight is open to the public.

According to the blurb on the back of the Photo postcard; “The old lighthouse at Port Isabel, Texas is maintained by the Texas State Park Commission and visited annually by thousands of people. With the extensive development of Padre Island, Port Isabel has become a center of fishing and recreation year around. “

Whitlock’s Mill Lighthouse, is near Calais, Maine, and the St. Croix River, the boundary between the United States and Canada. The lighthouse was built in 1909 on the south bank of St Croix River. It is a cylindrical, brick tower painted white. It was automated in 1969. What we do not see is a wood and stucco, Dutch Colonial keeper’s cottage (1909), and a wood pyramidal bell tower (1910}, owned by the St Croix Historical Society. There is also a private dwelling nearby. This sight is not open to the public.

Whitlock’s Mill Light was included in the National Register of Historic Places in 1988. The postcard was published by Eastern Illustrating Belfast, Maine.

The Mark Twain Memorial Lighthouse was included in the National Register of Historic Places in the 1930s. The lighthouse has an unusual story. It was built by the city of Hannibal, Missouri, to honor a famous writer. It stands on Cardiff Hill on the north end of Hannibal, in a 10 acre park. The lights were never intended to guide the boats on the Mississippi River however its lights remained on through all kinds of weather and destruction. The lighthouse was dedicated in 1935 on the 100th anniversary of Mark Twain’s birthday. President Franklin Roosevelt was the first to turn the lights on.

Why was Cardiff Hill chosen for the lighthouse site? According to the legend, Mrs. Holiday’s house stood near the spot. She was the “Widow Douglas “in The Adventures of Tom Sawyer written by Mark Twain. Mrs. Holiday was the one that kept a lamp burning in the window to guide the Mississippi River traffic in Mark Twain’s fiction. The view from the top of Cardiff Hill extends into Illinois and Missouri and the lights can be seen for miles. In 1993 the Mark Twain Memorial Lighthouse was restored by the city.

At the base of the light house are the statues of Huck Finn and Tom Sawyer, characters in Mark Twain’s book. From the statues there are 244 steps up to the Mark Twain Memorial Lighthouse.

I have always been fascinated with lighthouses and have a small collection of lighthouse postcards. For those of you who are interested, I recommend The Ultimate Book of Lighthouses by Samuel Willard Crompton and Michael J. Rhein, to learn the history and anatomy of hundreds of Lighthouses.