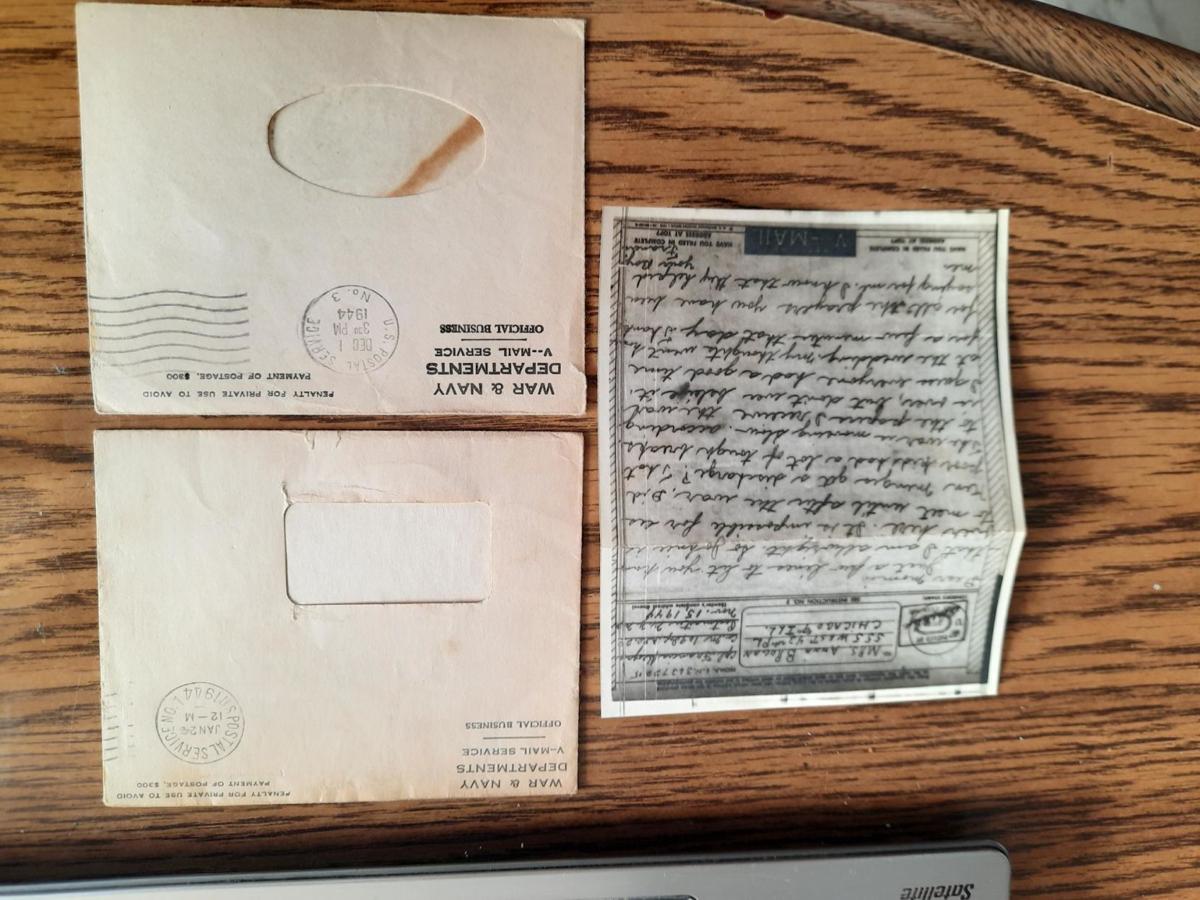 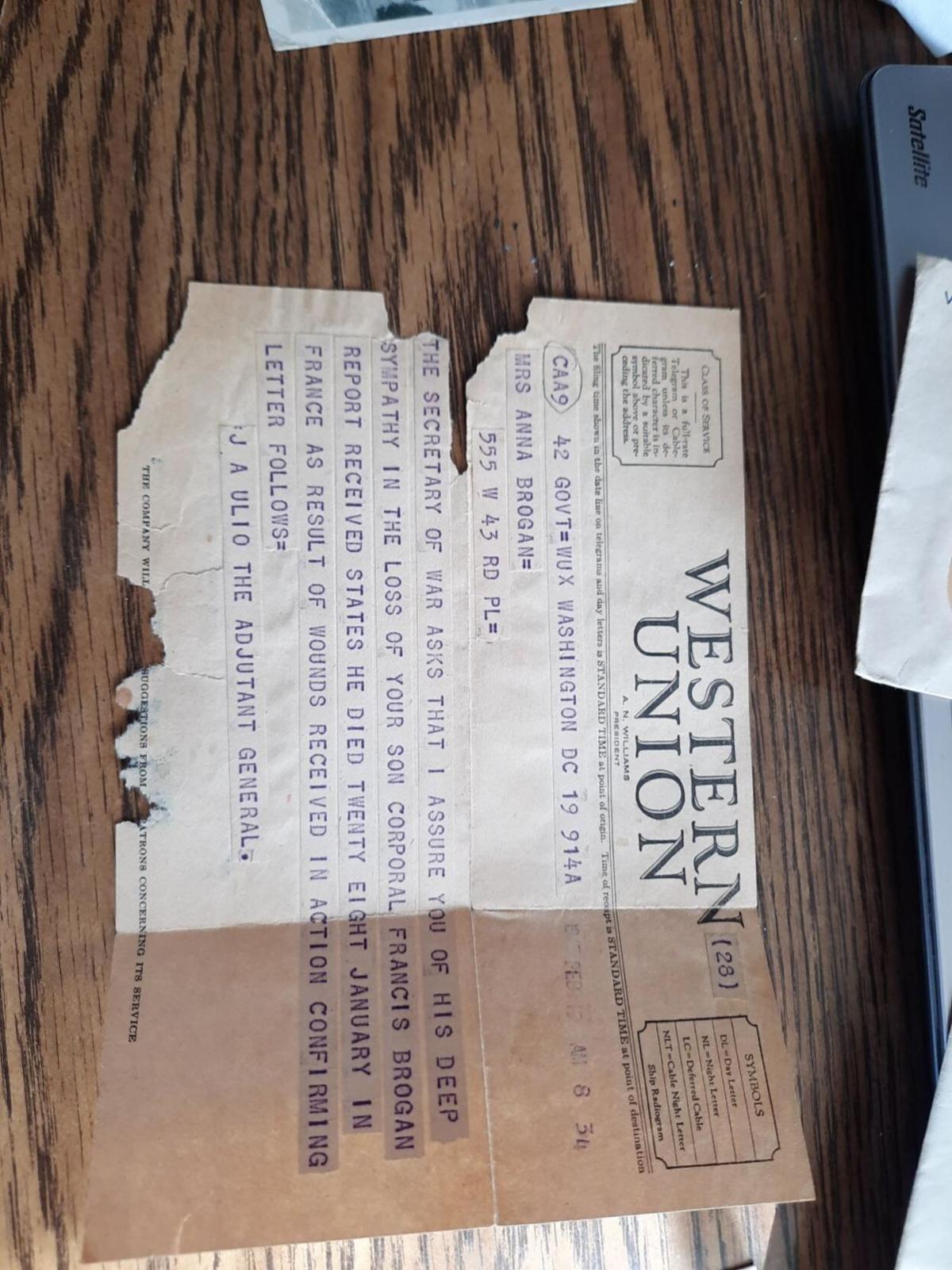 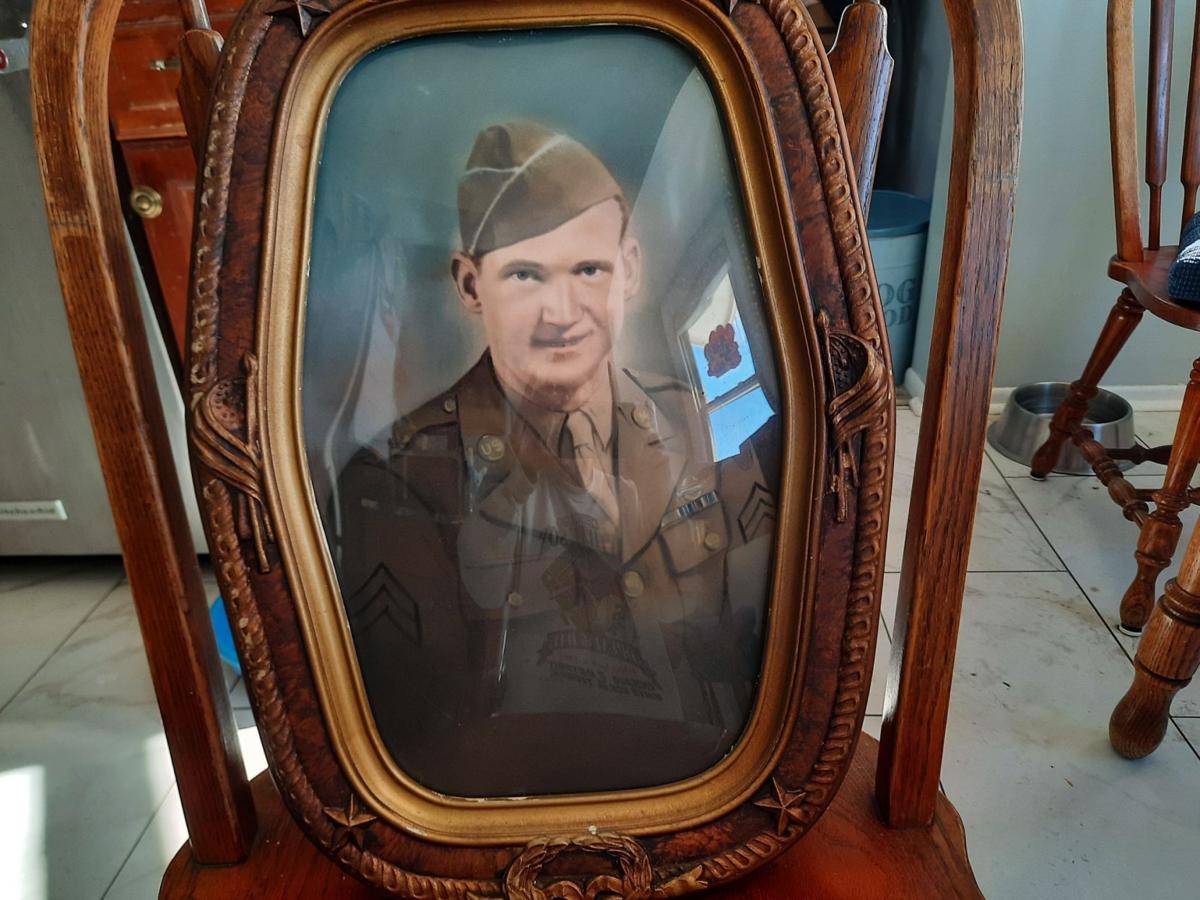 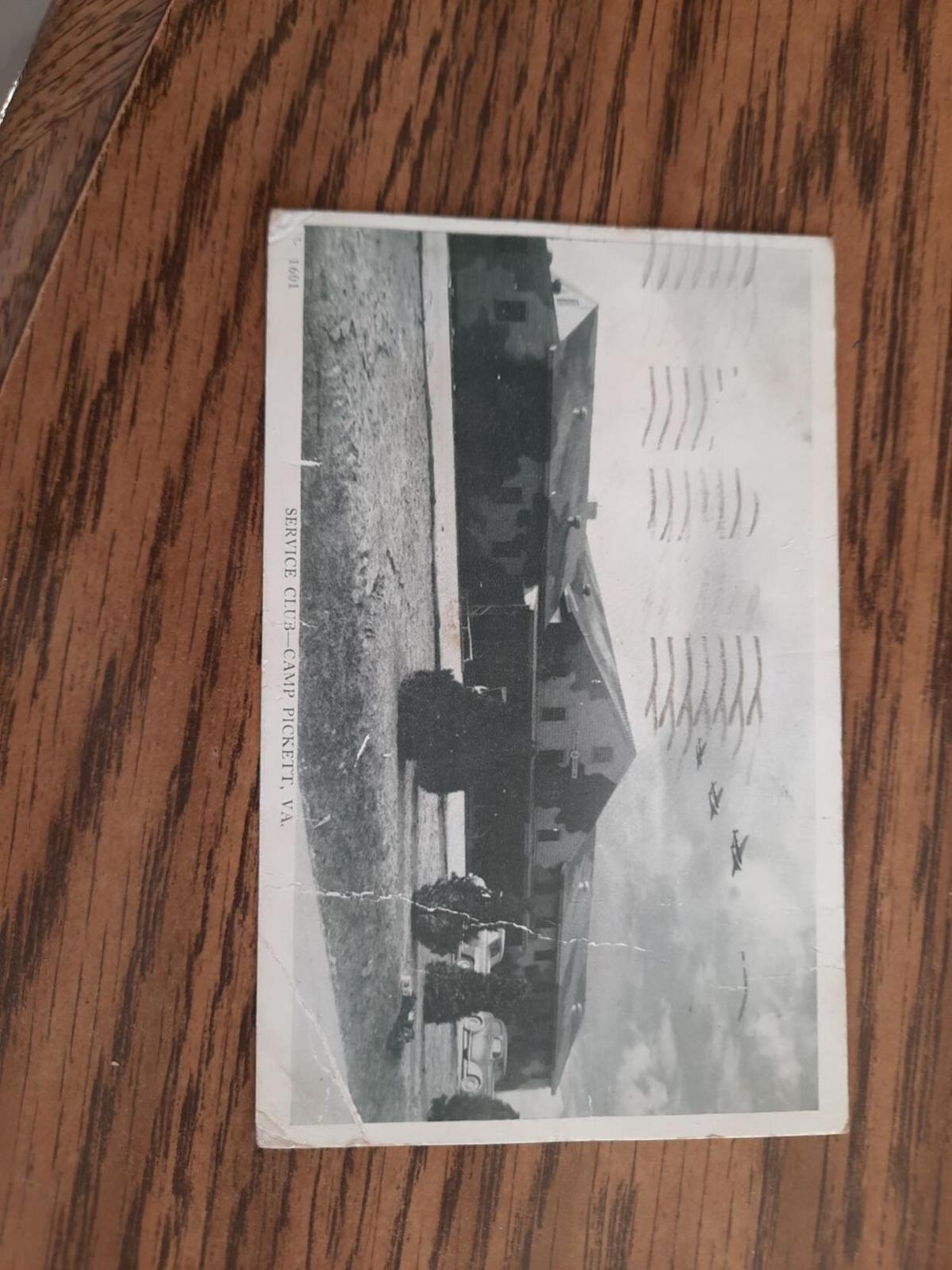 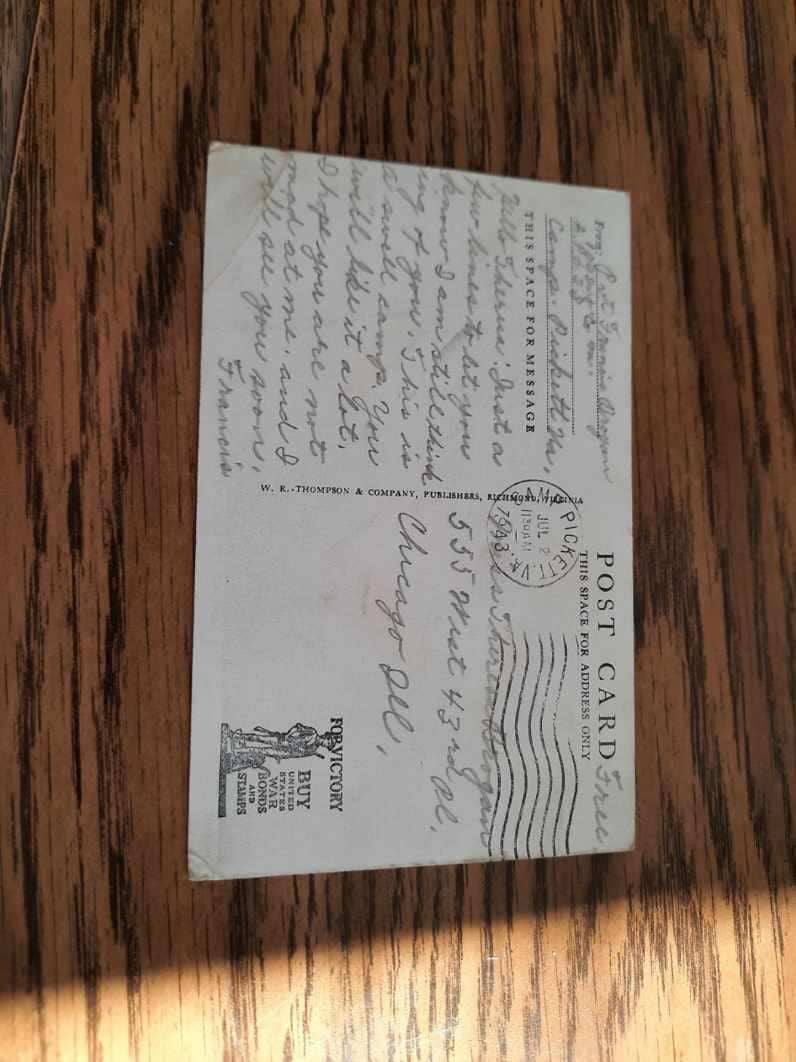 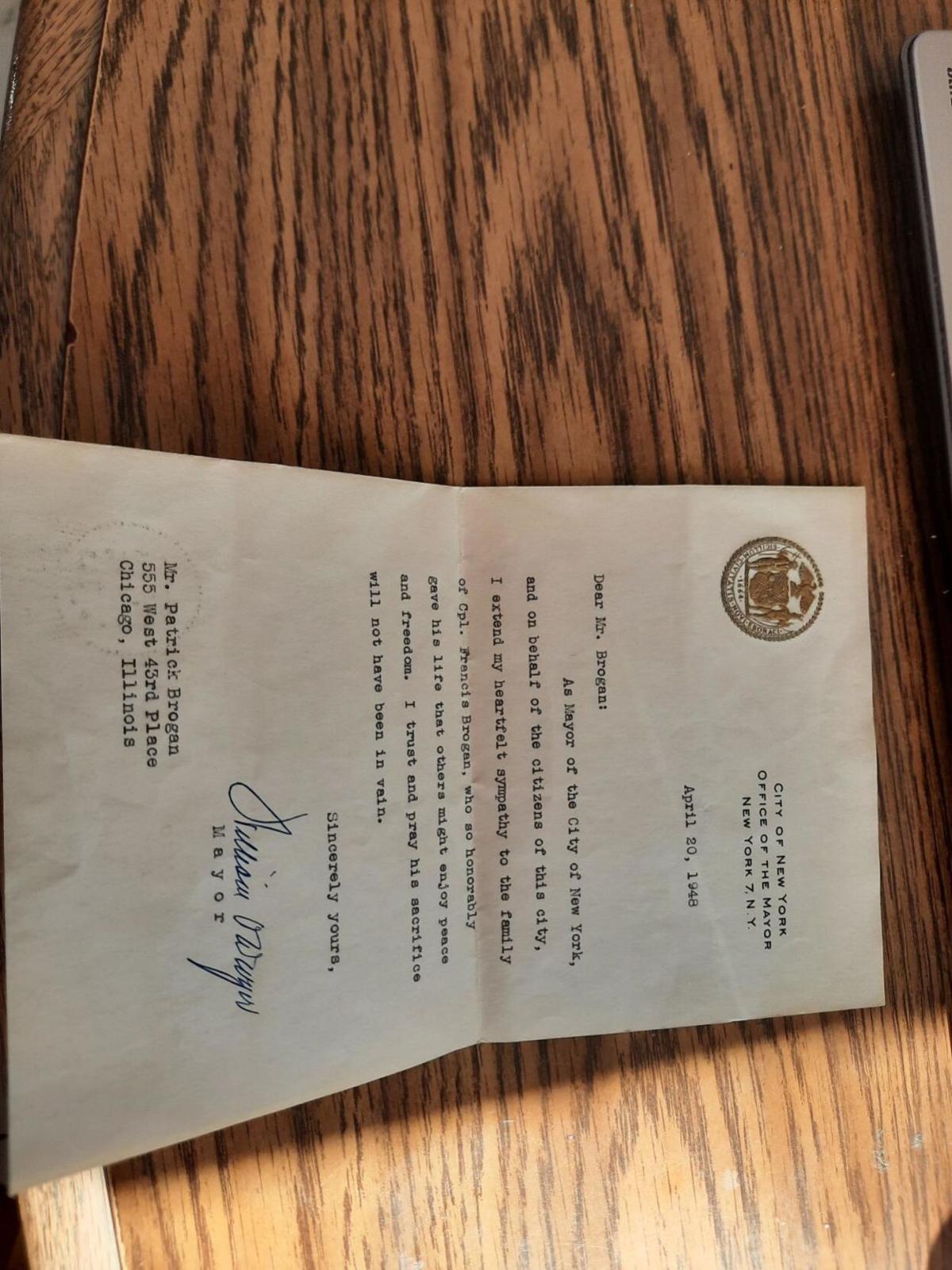 Growing up I always heard so much about my Uncle Francis, that I felt as if I knew him. Sadly I never met the man, who was killed in World War II on January 28, 1945. And like many of the men and women who gave their lives to their country, Francis was just 24 years old – so young. I was told by my mother (as well as the aunts and uncles) that he was a great guy, and a pretty good baseball player. He was a typical young man of his era, and was a little shy with girls. I was also told that I looked a lot like him.

I have written quite a few times about letters, postcards and other ephemera that we keep for various reasons. After the war, my parents lived with my grandparents and within a few years, my grandparents moved in with my parents. Many of these letters and communications from the War Department were sent to Anna Nealon Brogan, my grandmother, and to Patrick Brogan, my grandfather.

I found this cache of letters in my mother’s belongings after her death. Me and my sisters had read them earlier when Mother got them out and reminisced about her brother and her life during the war. I read through them every once in a while and feel closer to Francis. Like me, he loved music and talked about all the popular songs he liked to listen to. One letter mentions an Artie Shaw version of “Pistol Packin’ Mama,” that was a very popular song by Bing Crosby and the Andrews Sisters. Ironically, I love that song as well as a great deal of big band music from the 1940s. Letters that he wrote to my grandmother spoke of family parties and the good times he hoped to have when he came home. He also asked after my grandfather’s garden and flowers. I guess it was a family joke that Grandpa was crabby if anyone looked like they were going to trample his garden or the roses. He always signed his letters, “Your boy, Francis.” That is so touching!

My mother, Theresa Brogan Murphy, was just a teenager when war was declared in 1941, and her brother Francis, who was a few years older than her, was drafted in late 1942 (or so I gather from the letters). My Uncle John Brogan was also in the service as was my father, Uncle Wally and two uncles on the Murphy side of the family, another Uncle John and Uncle Phil. They all returned from the war, but not Francis.

And that brings the one piece of ephemera that is very upsetting and still with the letters. It’s the Western Union telegram that came for my grandmother on Feb. 19, 1945. Short and to the point, it stated that her son Francis had been killed in action in France on January 28. Three days letter, she received a letter from the War Dept. confirming that the telegram was true. My grandparents with the help of Uncle John Brogan, were able to bring Francis’s body home and he’s buried with his parents in Holy Sepulchre Cemetery in Chicago Ridge, Illinois.

After 76 years, the letters are still readable and I was impressed that my grandfather received a letter from the mayor of New York, which is puzzling because we were a Chicago family at that time. It’s just sad to think he never had the opportunity to get married, have a family and enjoy a full life. And like the others who have been lost to war or other violence, the years don’t diminish our feelings, especially for me and the uncle I never met.