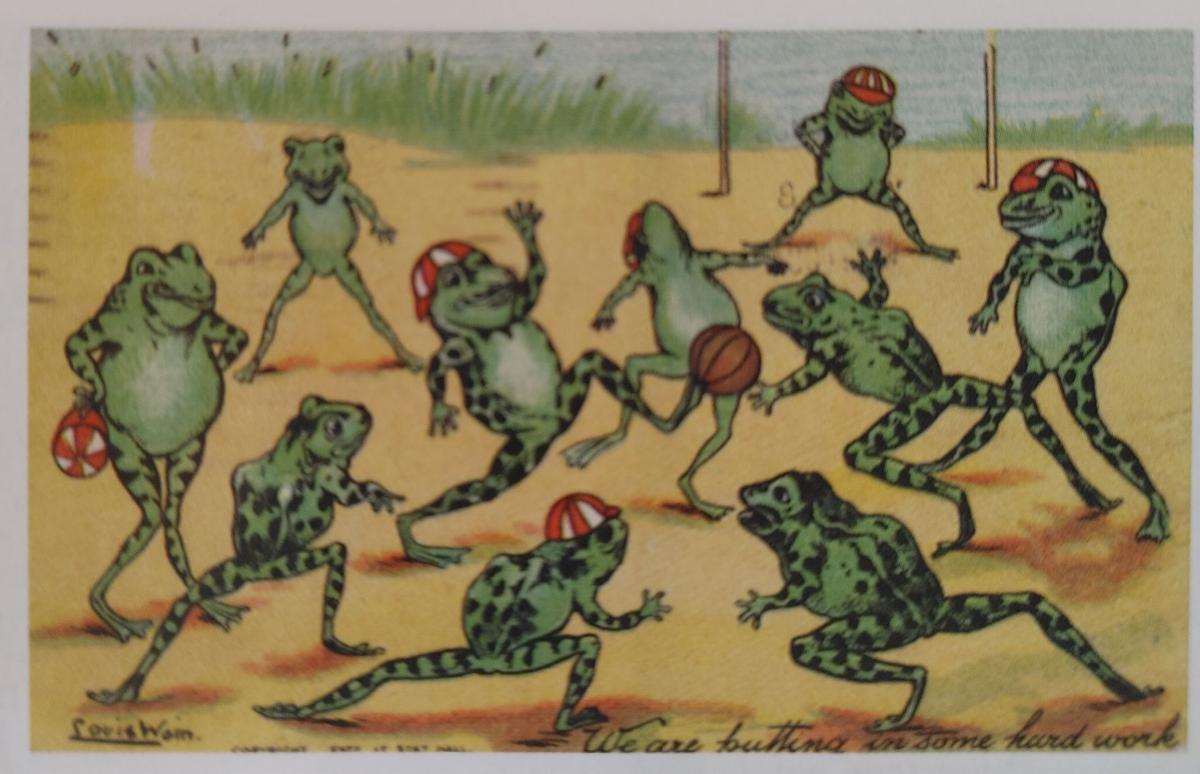 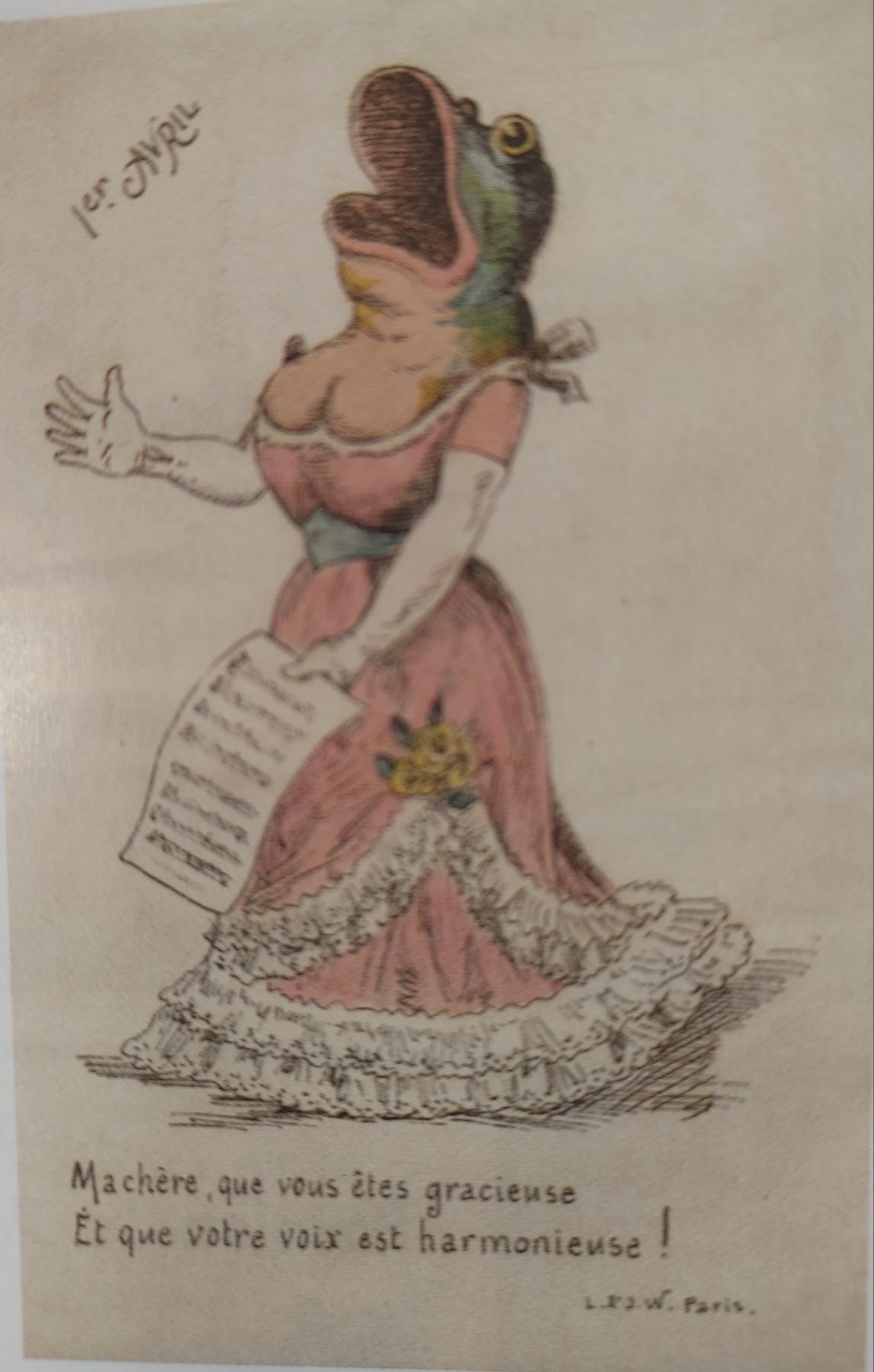 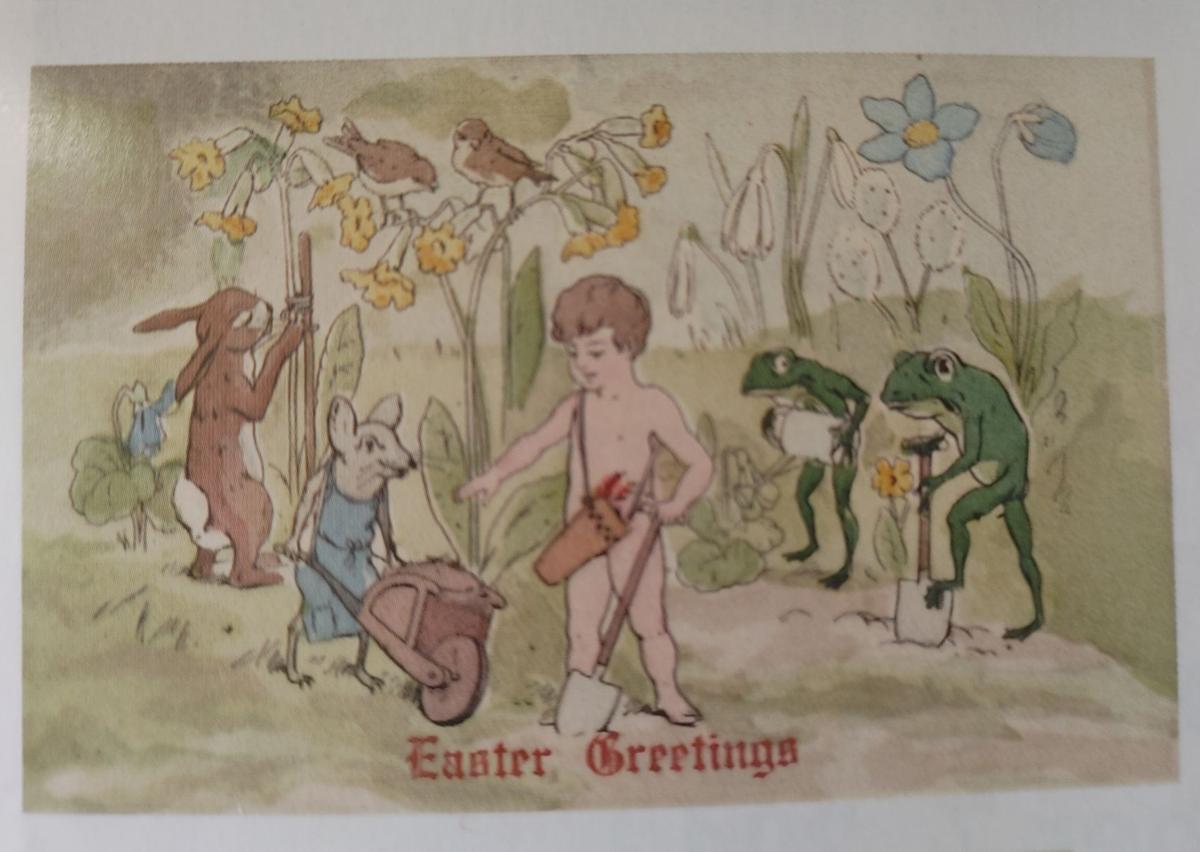 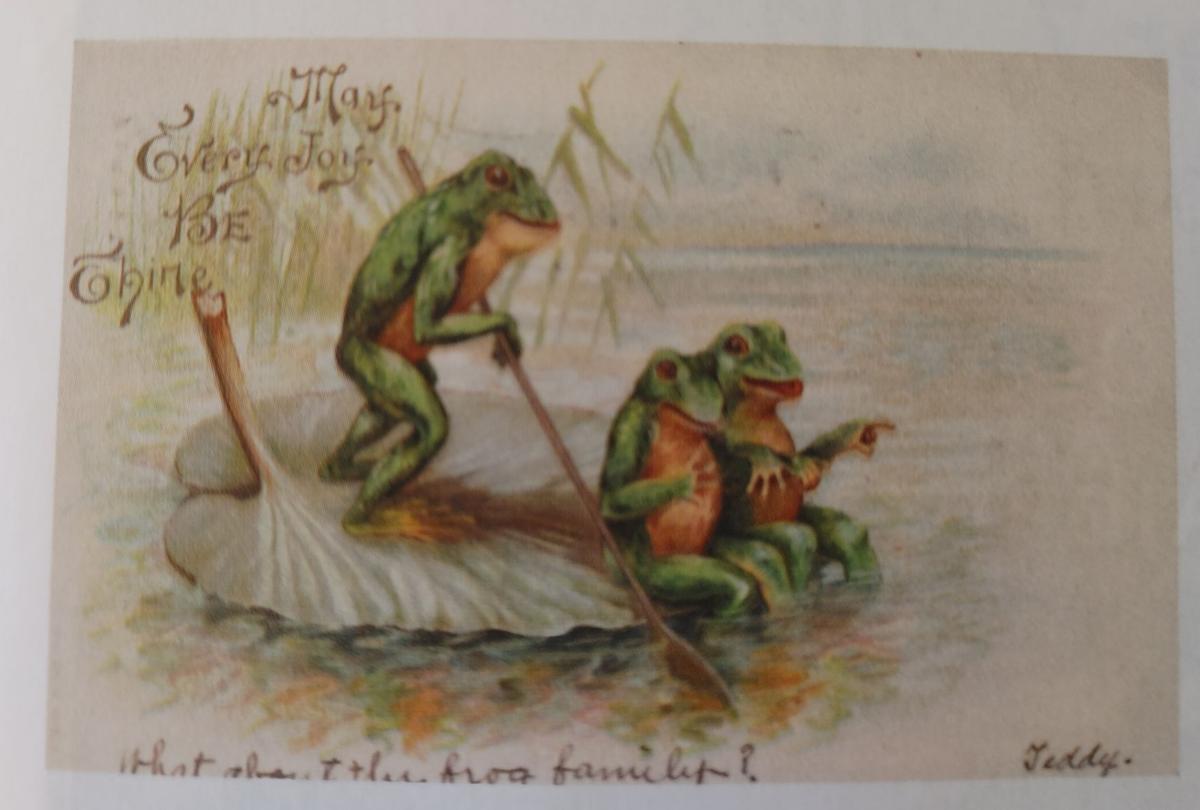 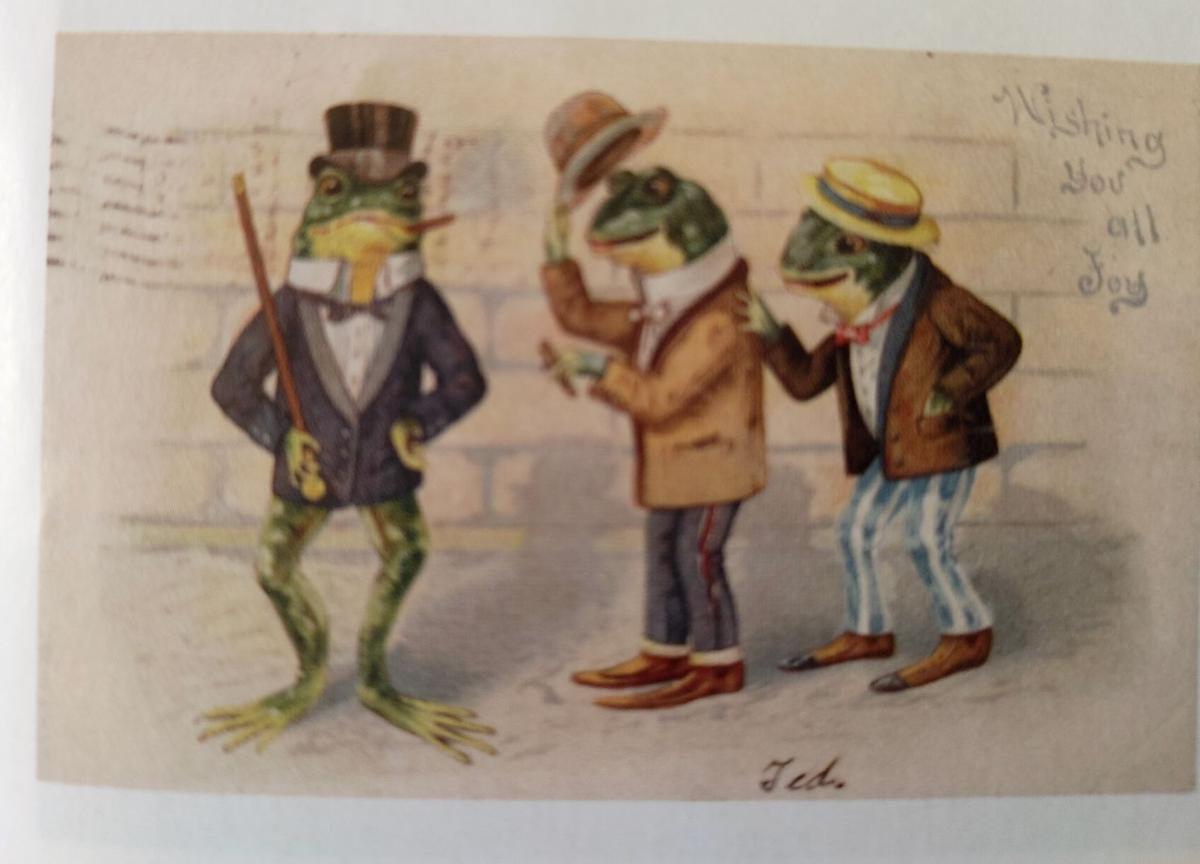 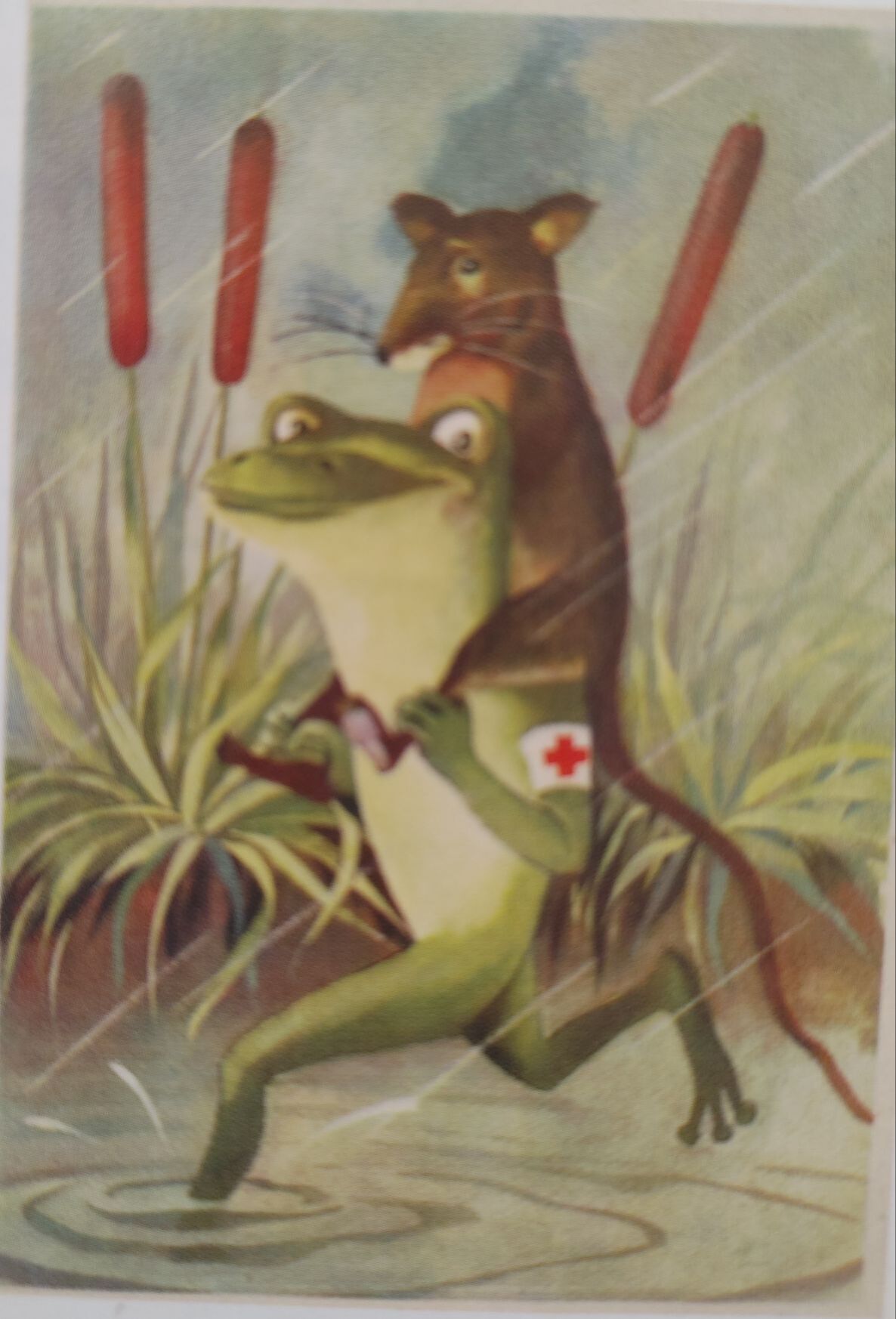 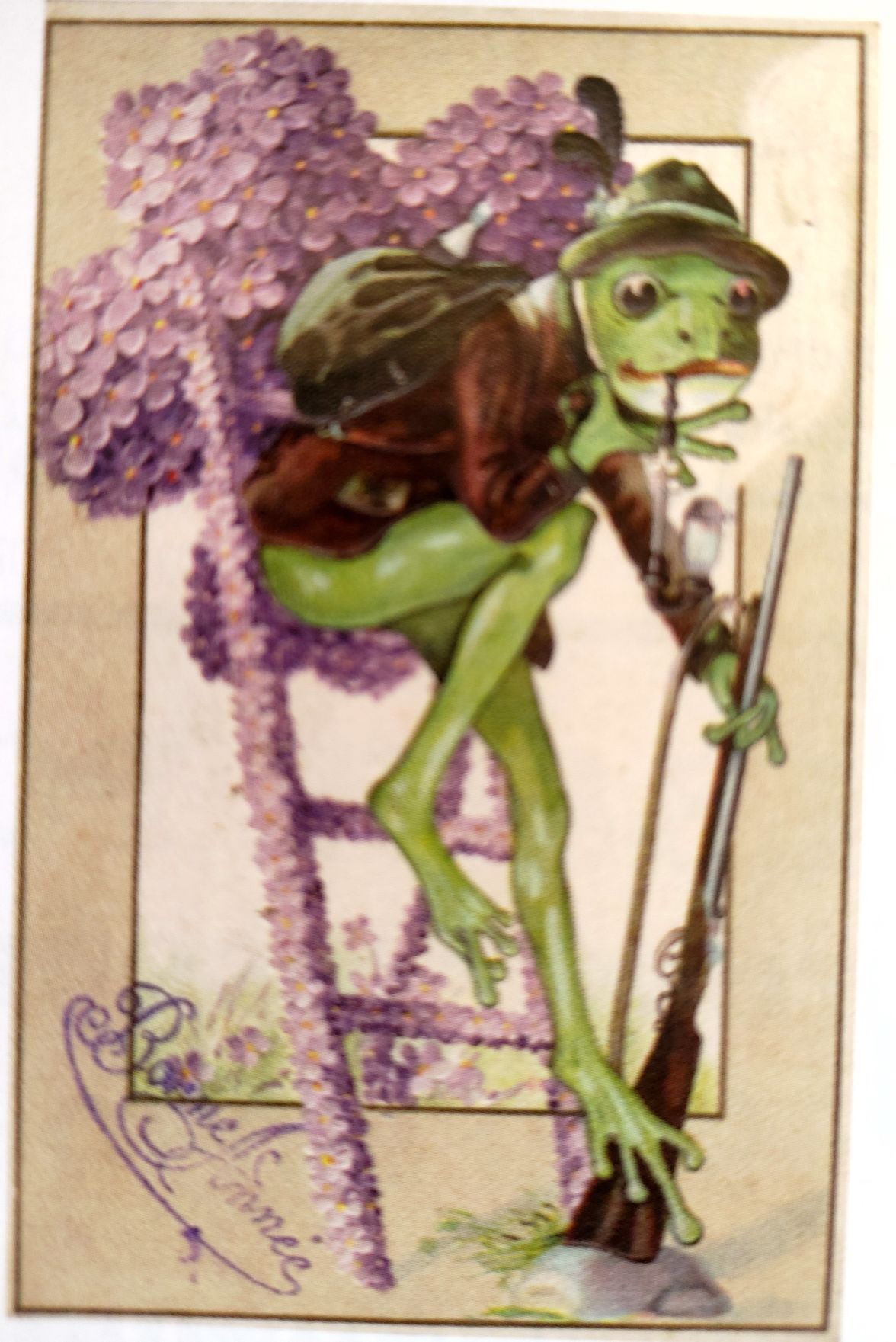 Frogs on postcards were my first discovery in the wonderful world of deltiology. In 1974 I was working in Lebanon, Penn., when I walked into a small antique shop during my lunch hour to take a look around. I noticed a display case containing three chromolithograph postcards of perfectly colorful and delightful frogs. I was so excited that I immediately bought all three (at 25 cents each). From then on I became a passionate enthusiast of postcard collecting and forever hooked on the hobby.

Frogs are notable in myth, folklore and fairy tales. In Egypt, the frog was represented by a frog-headed god named Hekt. Frogs and toads were used to cure certain diseases such as tuberculosis. Rubbing one of these creatures onto a wart, it was thought to eliminate warts. Some of the most memorable frog characters in literature were the Froschkonig or Frosenprinz (King and Prince). Kenneth Grahame’s “Wind in the Willow” introduced Mr. Toad of Toad Hall who is still remembered today.

The frogs pictured in the postcards included in this story are of Dutch, French and German origins. The artists portrayed them to have many talents and abilities ranging from opera singing to hunting. I enjoy them all immensely.

It has been some forty years since I walked into the antique shop and I am still addicted and very passionate about collecting My current collection of amphibian postcards and trade cards has grown to the extent that I have run out of albums to put them all. If you like frogs as much as I do, you will love these cards. I hope you have enjoyed this article as well.