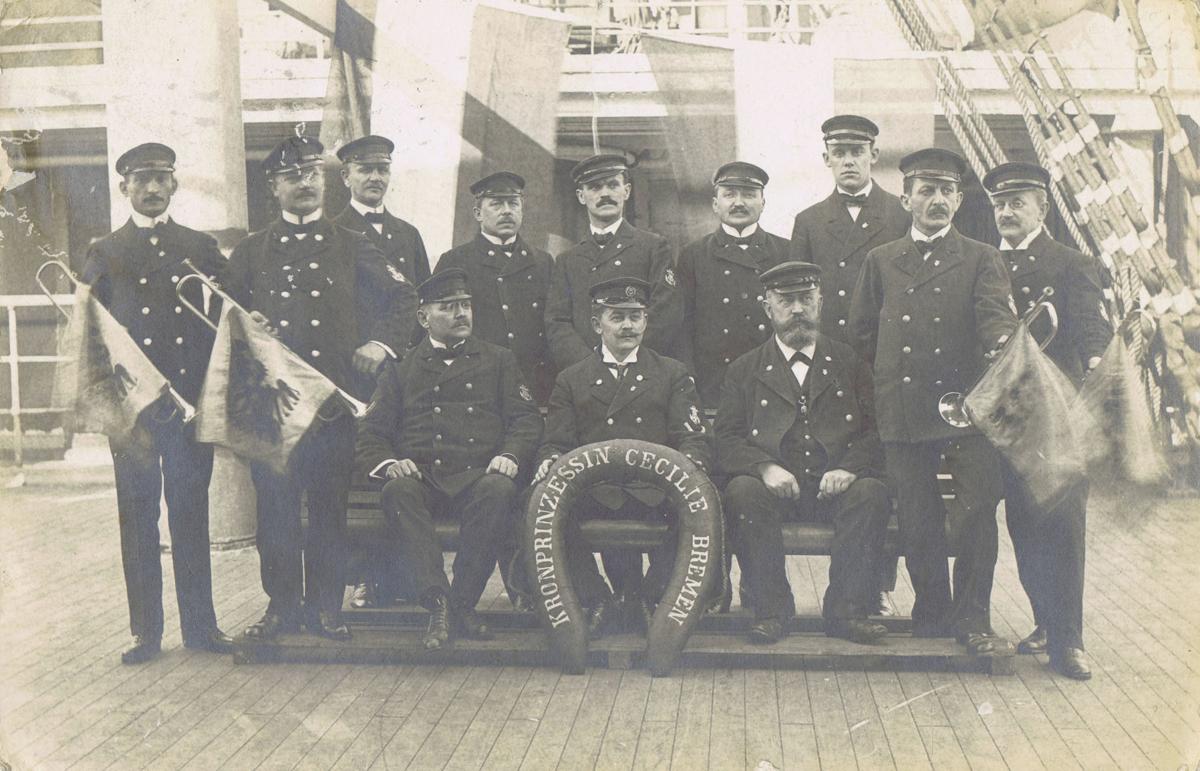 Figure 1: Officers of the Kronzprinzessin Cecilie, interned in 1915. 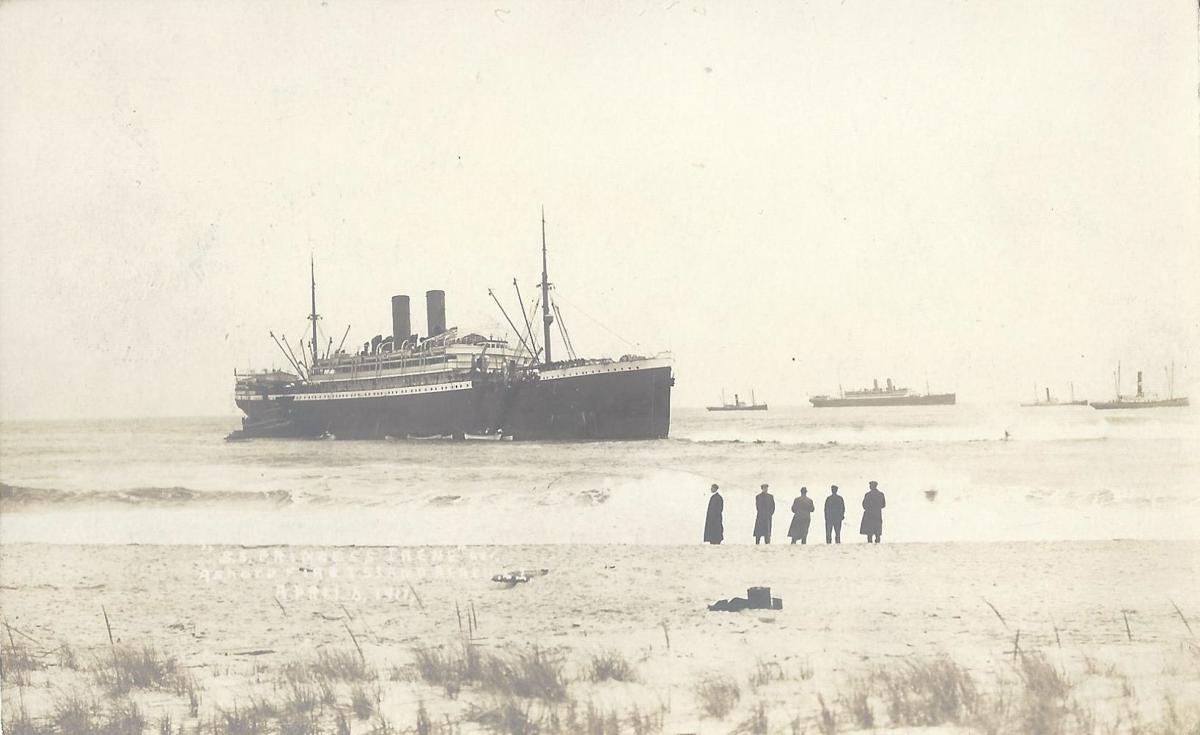 Figure 2: Officers of the Prinzess Irene look wistfully at their interned ship. 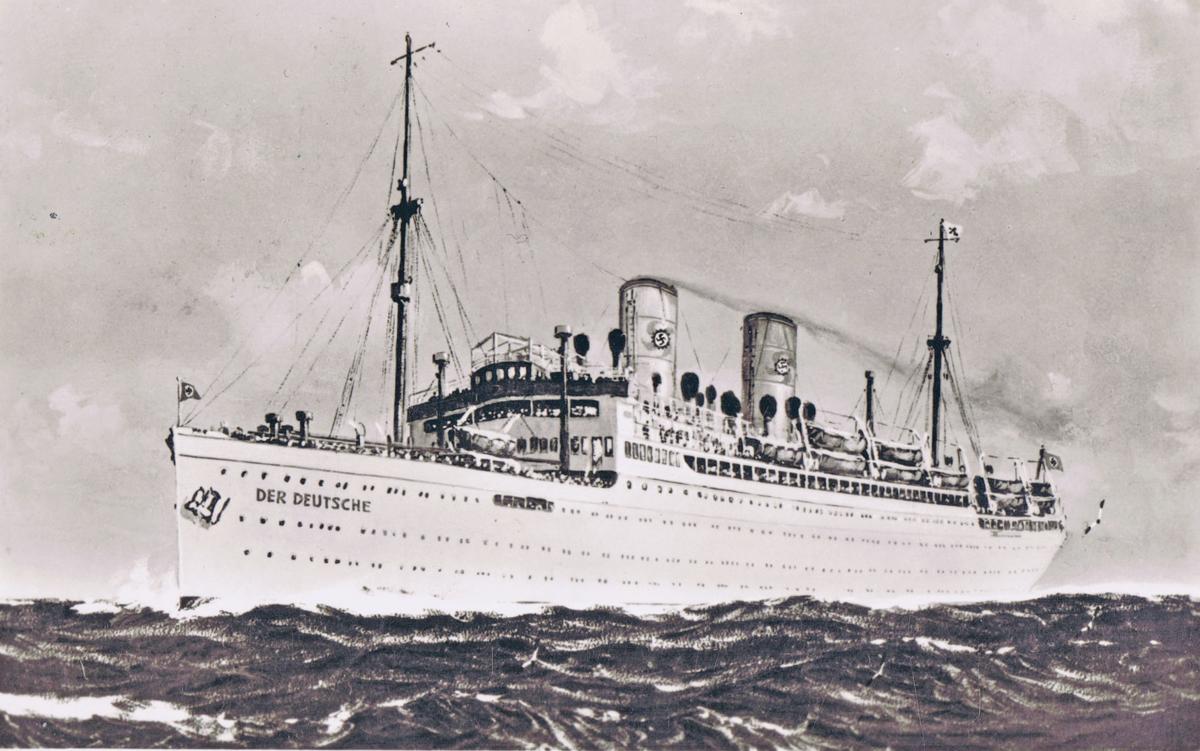 Figure 3: The Der Deutsche, cruise ship that rewarded friends of the Nazi Strength Through Joy movement. 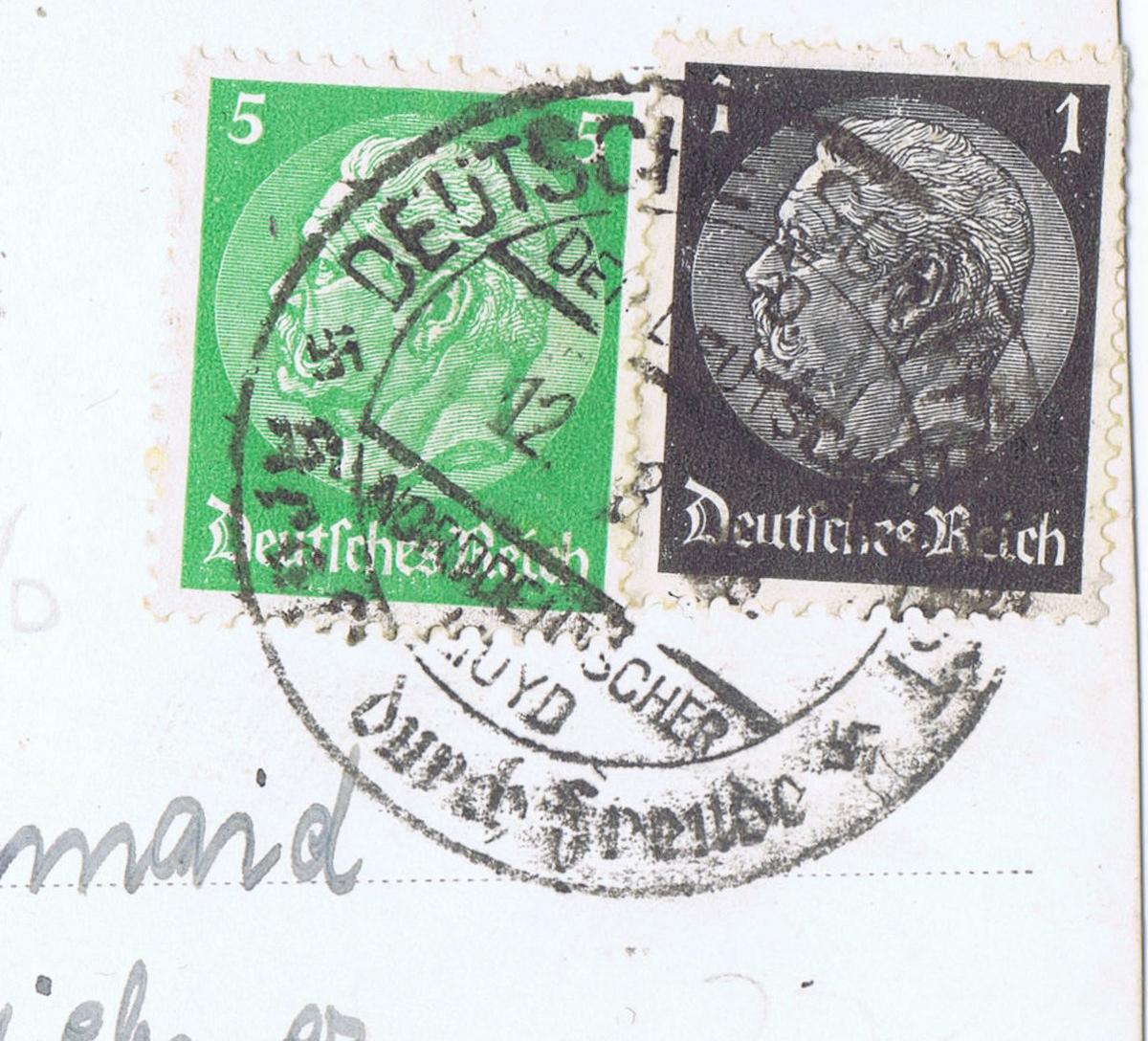 Figure 4: Scarce onboard cancellation of the Der Deutsche. 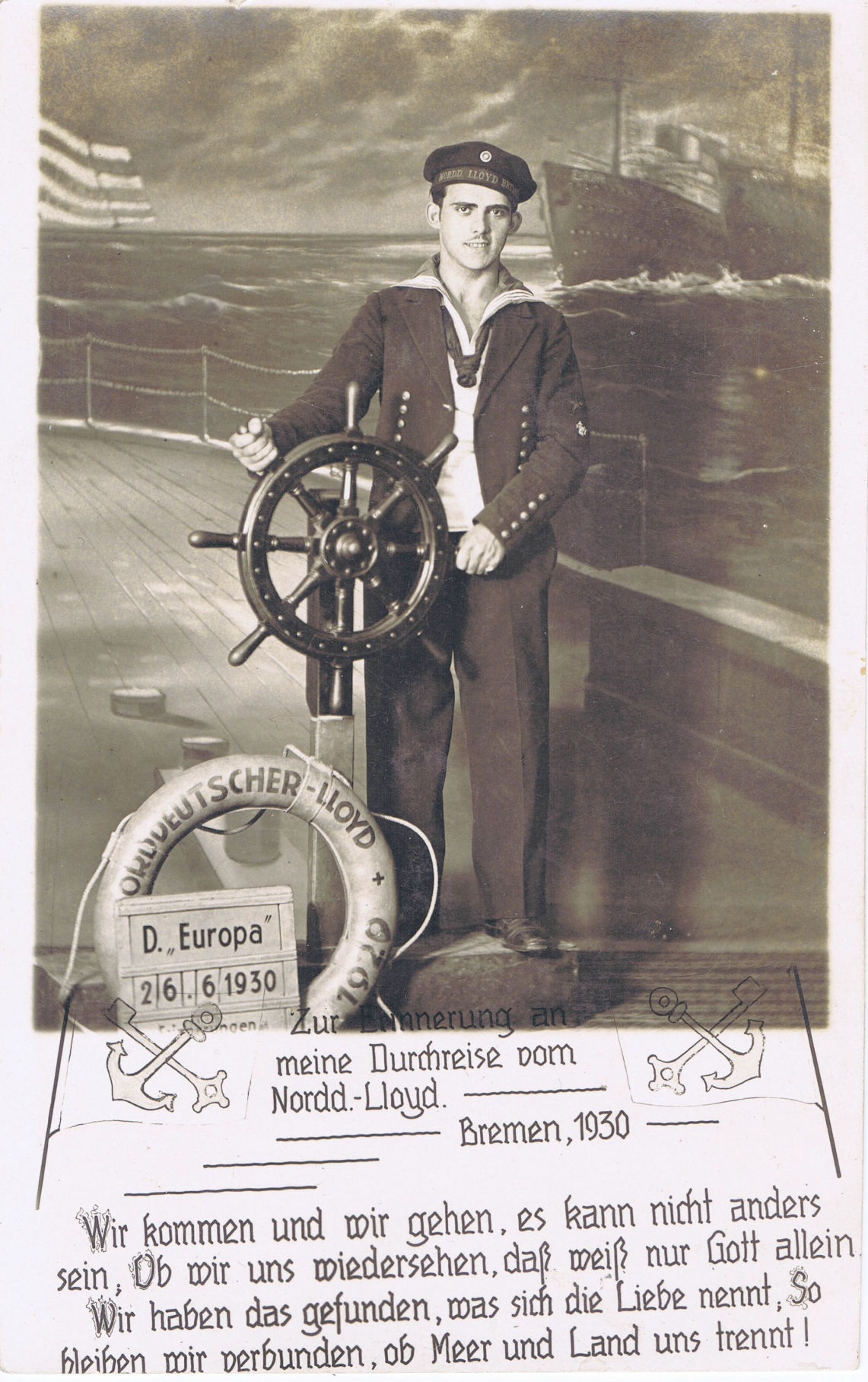 Figure 5: Ahoy there! A staged souvenir of a passenger at the helm of the Europa. 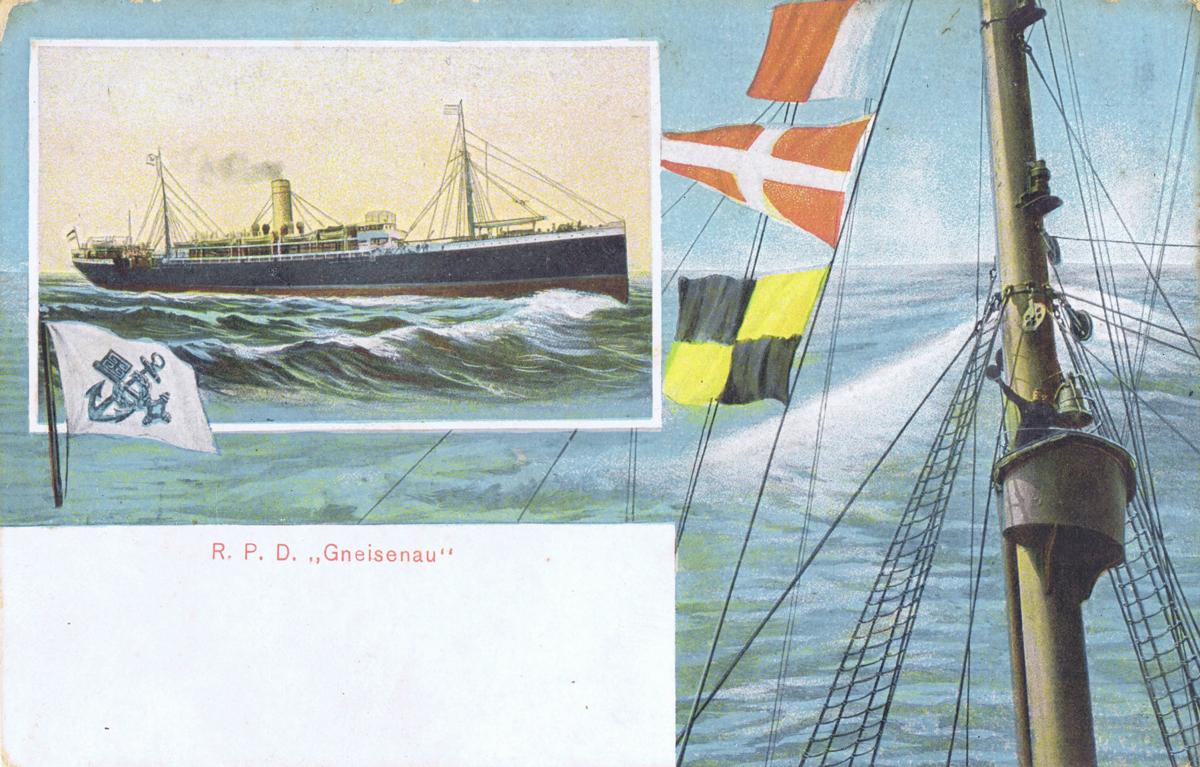 Figure 6: Cameo photo of the Gneisenau and a message in signal flag code.

Figure 1: Officers of the Kronzprinzessin Cecilie, interned in 1915.

Figure 2: Officers of the Prinzess Irene look wistfully at their interned ship.

Figure 3: The Der Deutsche, cruise ship that rewarded friends of the Nazi Strength Through Joy movement.

Figure 4: Scarce onboard cancellation of the Der Deutsche.

Figure 5: Ahoy there! A staged souvenir of a passenger at the helm of the Europa.

Figure 6: Cameo photo of the Gneisenau and a message in signal flag code.

In COVID-19 self-isolation I decided to scan my North German Lloyd cards – all 188 of them. I figured that I could probably write about some of them, but the trick was to decide which cards meant the most to me. The ones in this article are what I would call my ‘First Round Draft Choices’.

What about your collection? Could you pick your First Round Draft Choices? Just to clarify – these are my choices from the North German Lloyd. I have all the other global shipping lines, but I would be hard pressed to pick my overall favorite. So here they are from the North German Lloyd. Isn’t it great to have the time to spend because of the COVID-19? And my wife, Judith, and I are not going anywhere until there is a vaccine.

Collecting is all about time. Time away from any other stresses and distractions. Time to visit the world of the past. Time to exercise your organizational, aesthetic, and historical instincts. And we have had lots of time recently to visit – and revisit – our collections. Here’s my visit. Yours, with your own collection, could be equal fun.

And the winner is…Figure 1, a Real Photo card of the officers of the Kronzprinzessin Cecilie! It’s a very special card, because it was postally used from Boston and the date on the message on the back is from 1915. Unfortunately, a marauding stamp collector in the past has removed the postage stamp, but the message carries the date.

The date is critical because in 1914, at the outbreak of war in Europe, all the German ships in American ports were seized and ‘interned’. So this photo could have been taken on the ship in Bar Harbor, where the ship was originally held, or Boston to where it was later transferred. In either case, as the expression goes, these men ain’t goin’ nowhere.

When the U.S. entered the war in April of 1917, the interned German ships proved to be very useful troop transports. The Kronzprinzessin Cecilie was renamed as the USS Mount Vernon and served throughout the war delivering men to fight in Europe. In September 1918 she was torpedoed but survived the attack. After the war, she never returned to passenger service.

The card was mailed to Germany presumably getting there somehow because it was on a neutral American ship, even though Germany was at war with Europe. So where did I find this gem? I shop at shows in the U.S., the U.K. and Canada. It was quite a while ago that I bought it, and I believe that it was in the U.S. I recall that the dealer had no idea of the relevance of this card because they just didn’t know their American history!

Another Real Photo card and another First World War item. Five men standing on a beach looking at a ship (Figure 2). Penciled on the back is the note ‘Prinzess Irene’. So this isn’t just any port – it’s probably Bar Harbor, where several German liners were interned in 1914. There are other ships in the background, as would be expected. And looking wistfully (I think) from the shore are five men in what appear to be greatcoats.

I am sure that these men expected that they would never sail in her again, but after wartime trooping service as the USS Pocahontas she returned to German ownership in 1923 and was renamed Bremen, so some of those poignant figures may have been part of her crew almost ten years later.

Not every pick is going to be stereotypical. Like any team that has done its draft research, they have explored all aspects of the candidate. This one (Figure 3), the Der Deutsche, does not pop up readily on an Internet search, and when you find it you will see that she was originally the Sierra Morena until she was taken over by the Nazi Strength Through Joy movement in 1934 and renamed. So the image is ‘special’ but more importantly, so is the shipboard cancellation on the back (Figure 4). It’s even better than a Paquebot cancel for a postal history and cancellations collector, because it is so rare.

From the cancel it’s clearly 1938, and by that time she had been joined by the Robert Ley and the Wilhelm Gustloff, both of them purpose built for the Strength Through Joy movement – and both of which are in my collection. The Wilhelm Gustloff was reportedly the first ship built purely for cruising and its ‘slab-sided’ apartment-block design testifies to this.

The Der Deutsche served in the Baltic and during the Second War was taken over for military purposes, rather than for cruising. Like her sister ship, the Wilhelm Gustloff, she was torpedoed and sunk by a Russian submarine in the Baltic in early 1945, with a staggering loss of thousands of lives which, however, did not exceed the 9,000 or so who died on the Gustloff when she was torpedoed in January, 1945.

Let’s look back from the Second War casualties to happier times, as exemplified by my Fourth Overall Pick – a passenger on the Bremen who has posed at the hypothetical wheel of the ship (Figure 5) for a souvenir photo that he can keep for his own memories or send in the mail. In this case, the card has not been posted, but that doesn’t mean that it wasn’t enclosed with a letter or other memento in an envelope (with North German Lloyd livery, perhaps) to a friend back home.

This setting would have been rigged up by the Ship’s Photographer who worked full time at sea trying to make a living out of selling photos to passengers of their activities at parties and special formal dinners. There are many examples of photographic ephemera that isn’t necessarily on postcards, but the ones on postcards are the ones that we collectors really treasure.

This card, taken on June 26, 1930 when the great Depression was just beginning to bite, would have been a valued sale for the photographer who hoped that the owner would show it to fellow passengers who also wanted to appear at the helm of the Europa, one of the two new stars (along with the Bremen) of the North German Lloyd line. The back of the card attributes it to Photo-Lloyd-Zentraie, Jnh. Rudolf Keich. I don’t speak German, but the word ‘Lloyd’ tells me that they specialized in shipping photography, so this wasn’t an amateur photograph.

It was hard to decide for this final pick between a series with cameos of the Captains of the various ships in the fleet, and a much more colorful set of cameos of the ships accompanied by signal flags. Either one has the length and variety to be a full article, but I’m working at a broad level rather than a detailed one. So I would pick the more colorful one (Figure 6) which shows a ship cameo of the Gneisenau and a message in signal flags. Forgive me for not being able to read them, but I specialize in collecting shipping rather than sailing in ships!

Who knows, maybe the signal flags carry a rude expression. Or maybe if you strung together the messages among my 16 examples of this type of card, you’d get a promotional message. Someone, sometime, will find out. In the meantime, those are my North German Lloyd First Round Draft choices and, like so many other collectors, I’m also looking for that ‘Undrafted Free Agent’ that will be the next star on my postcard playing field.