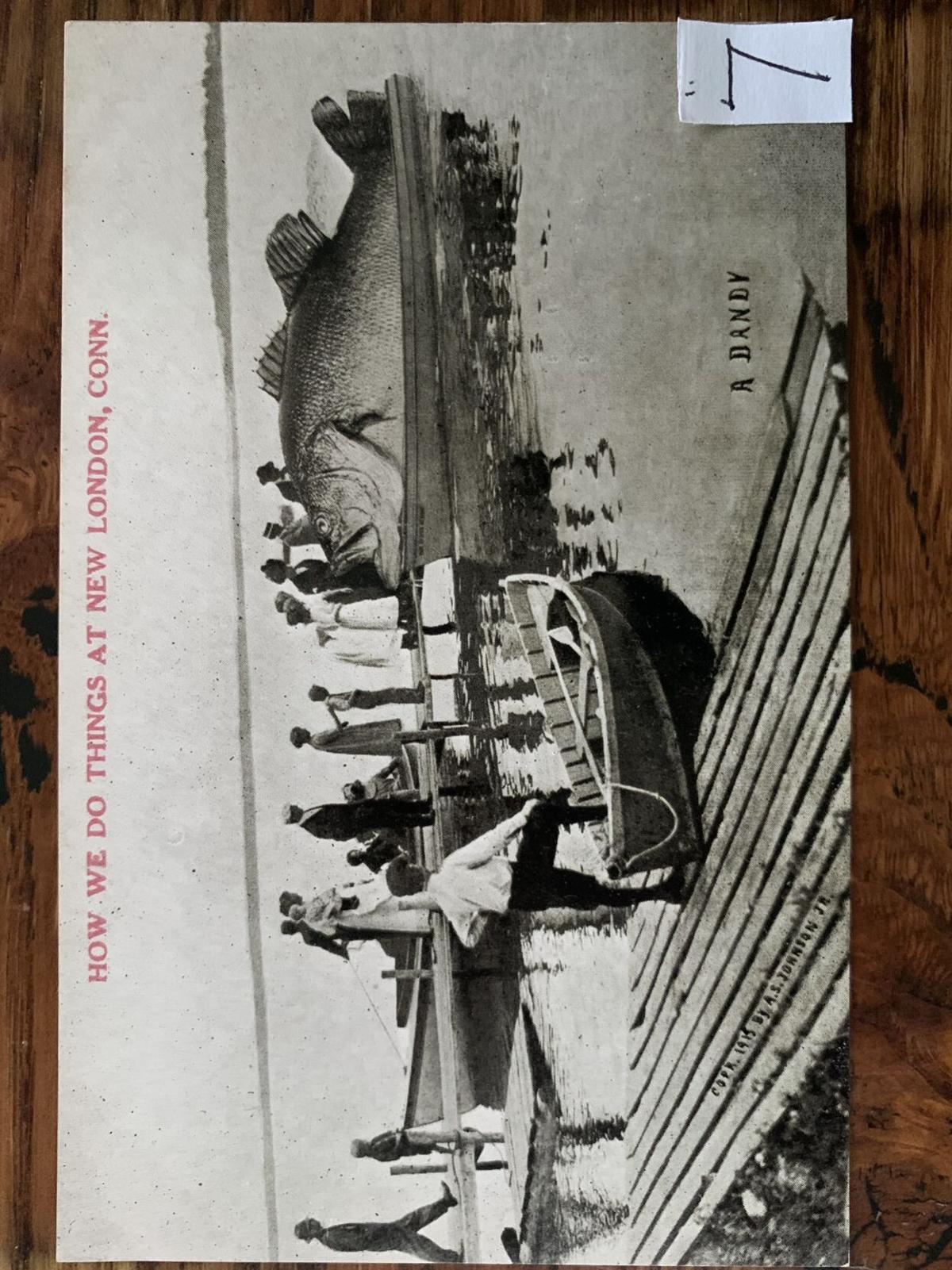 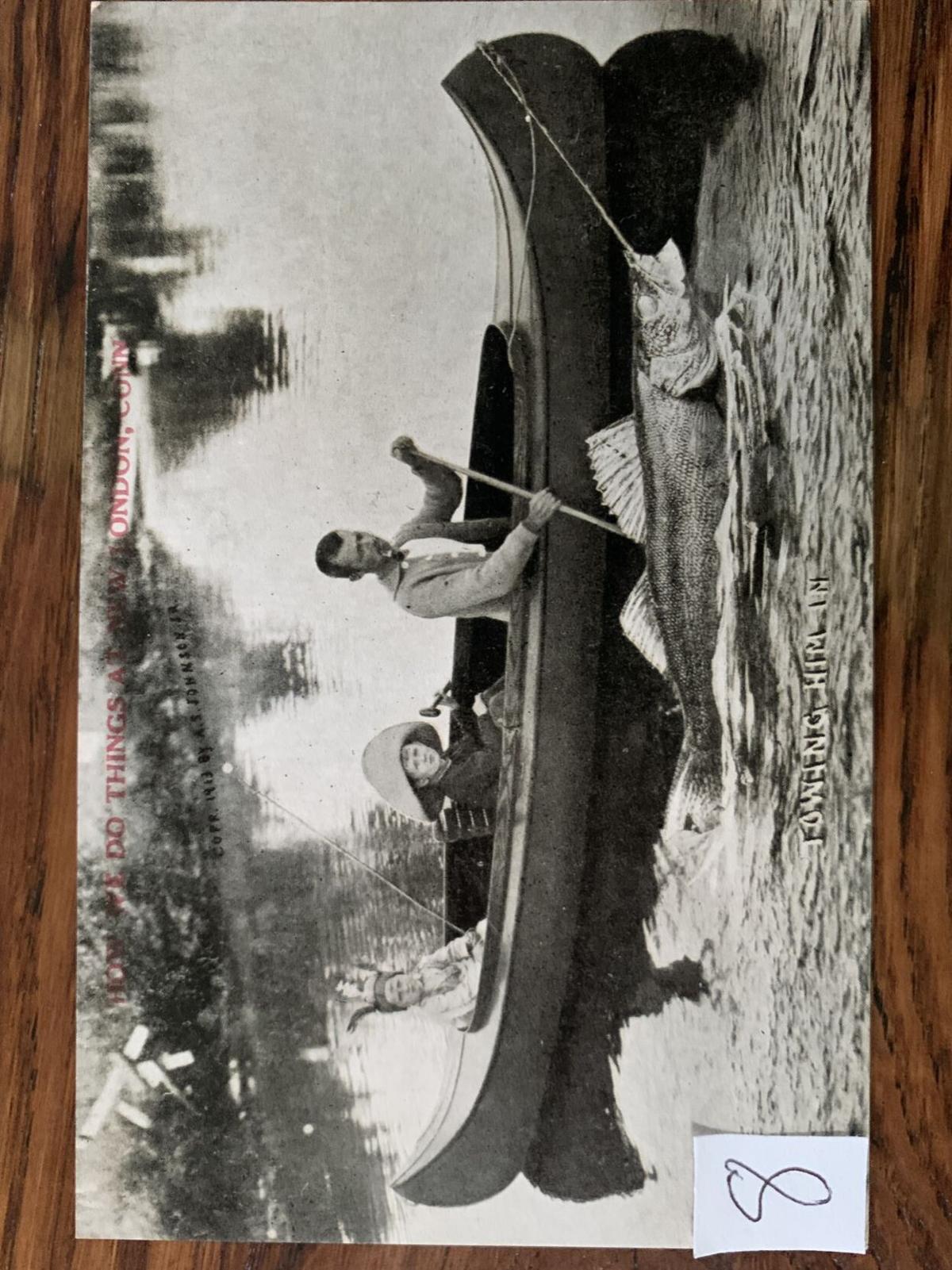 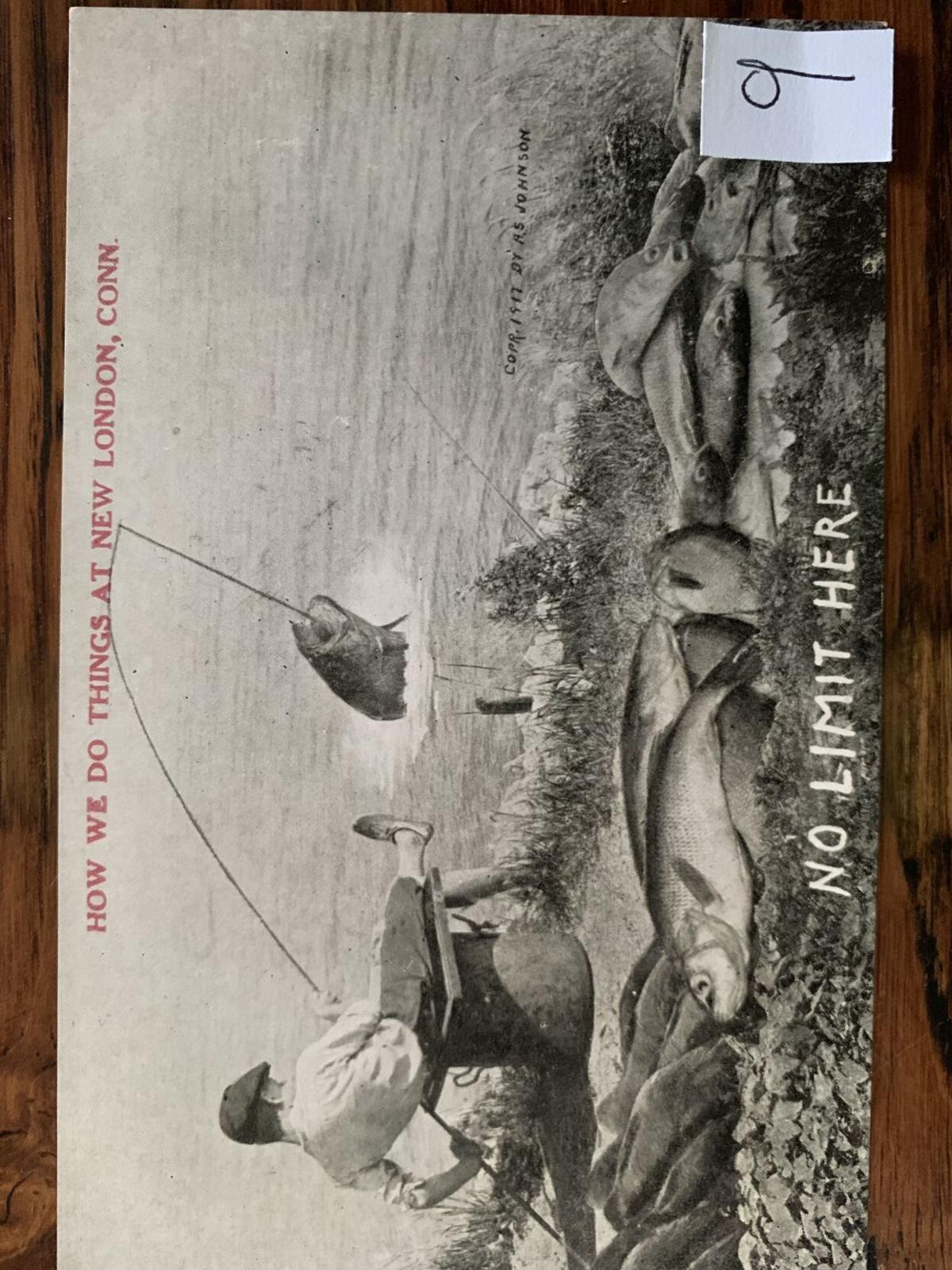 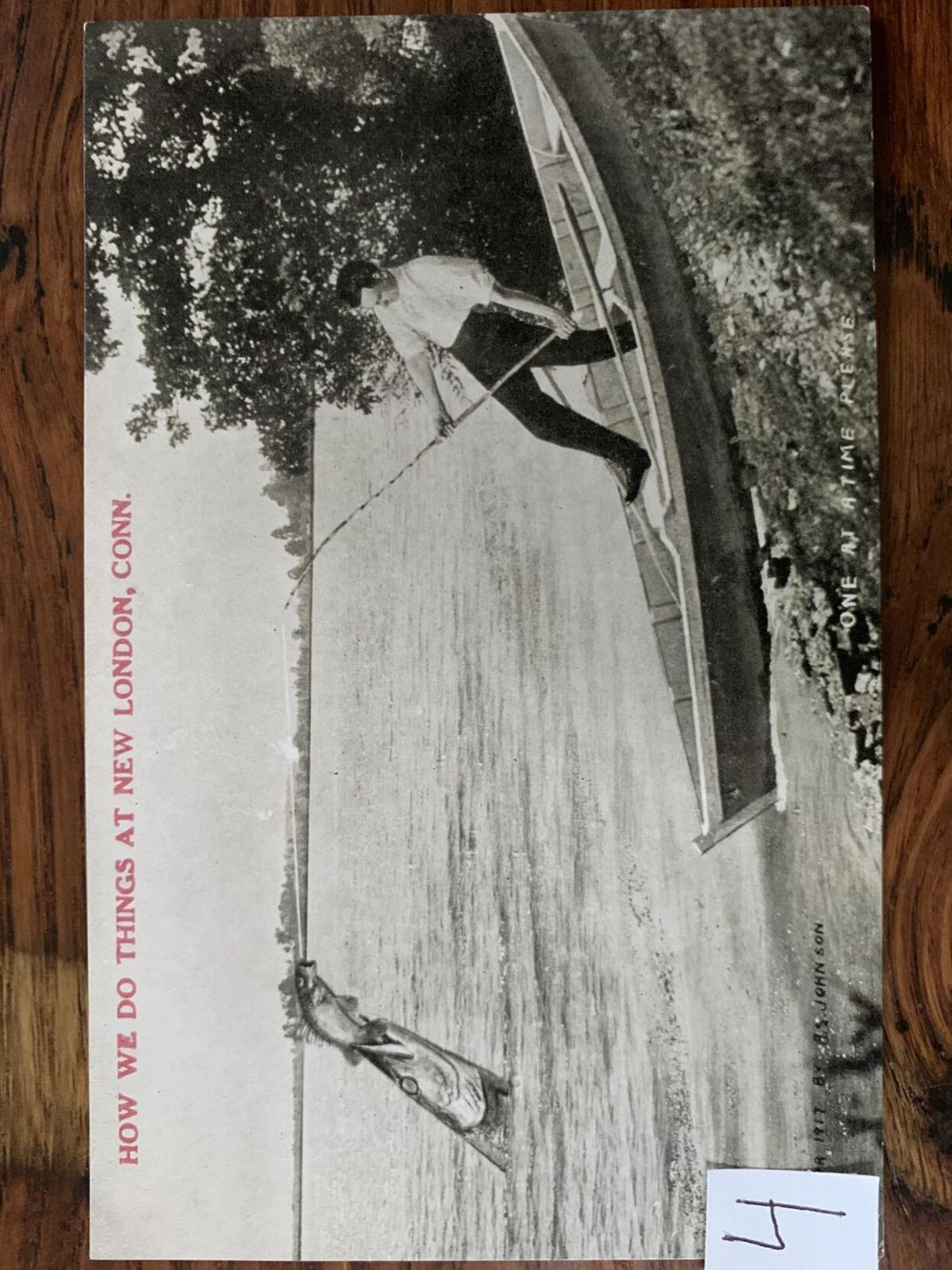 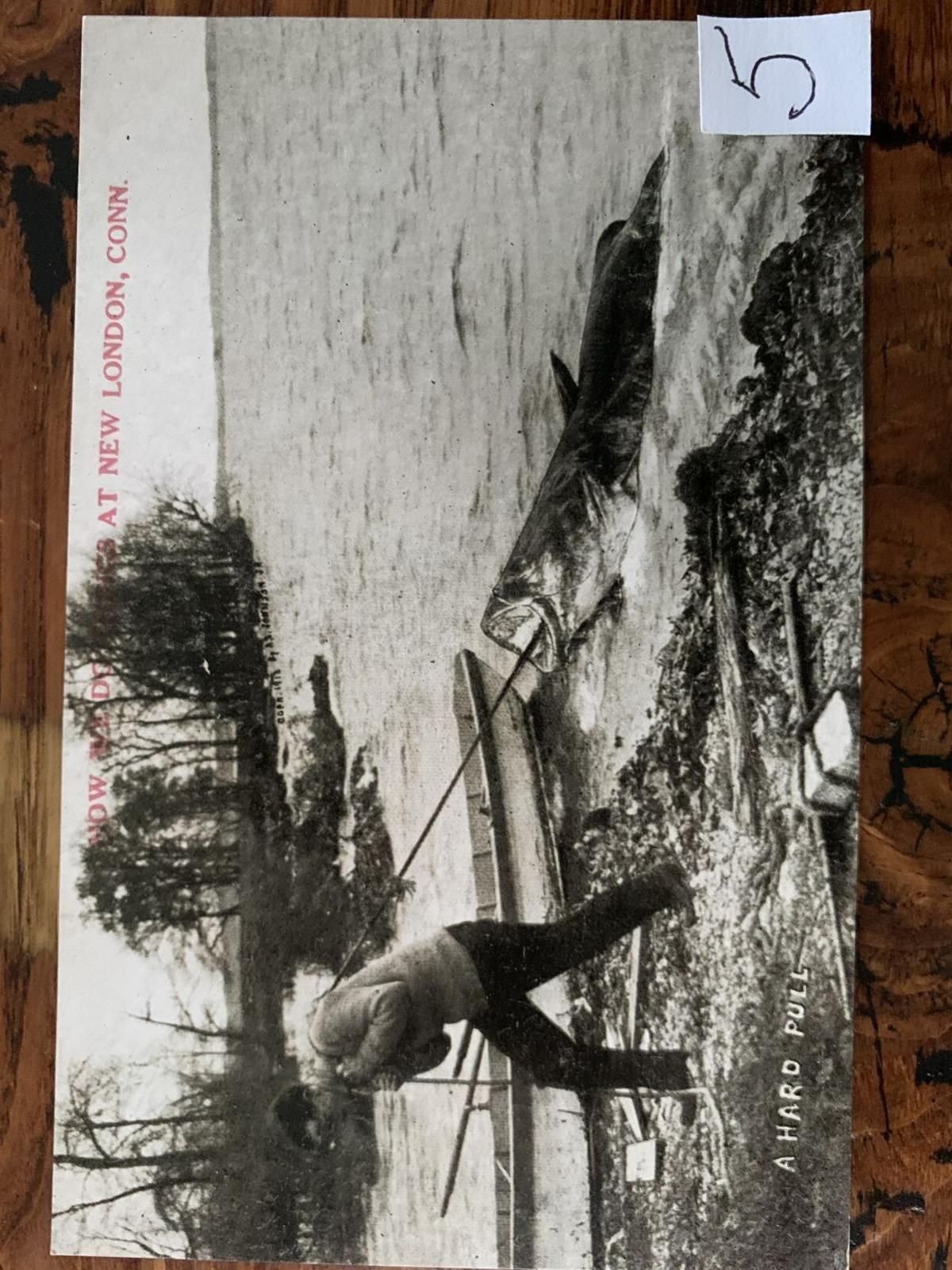 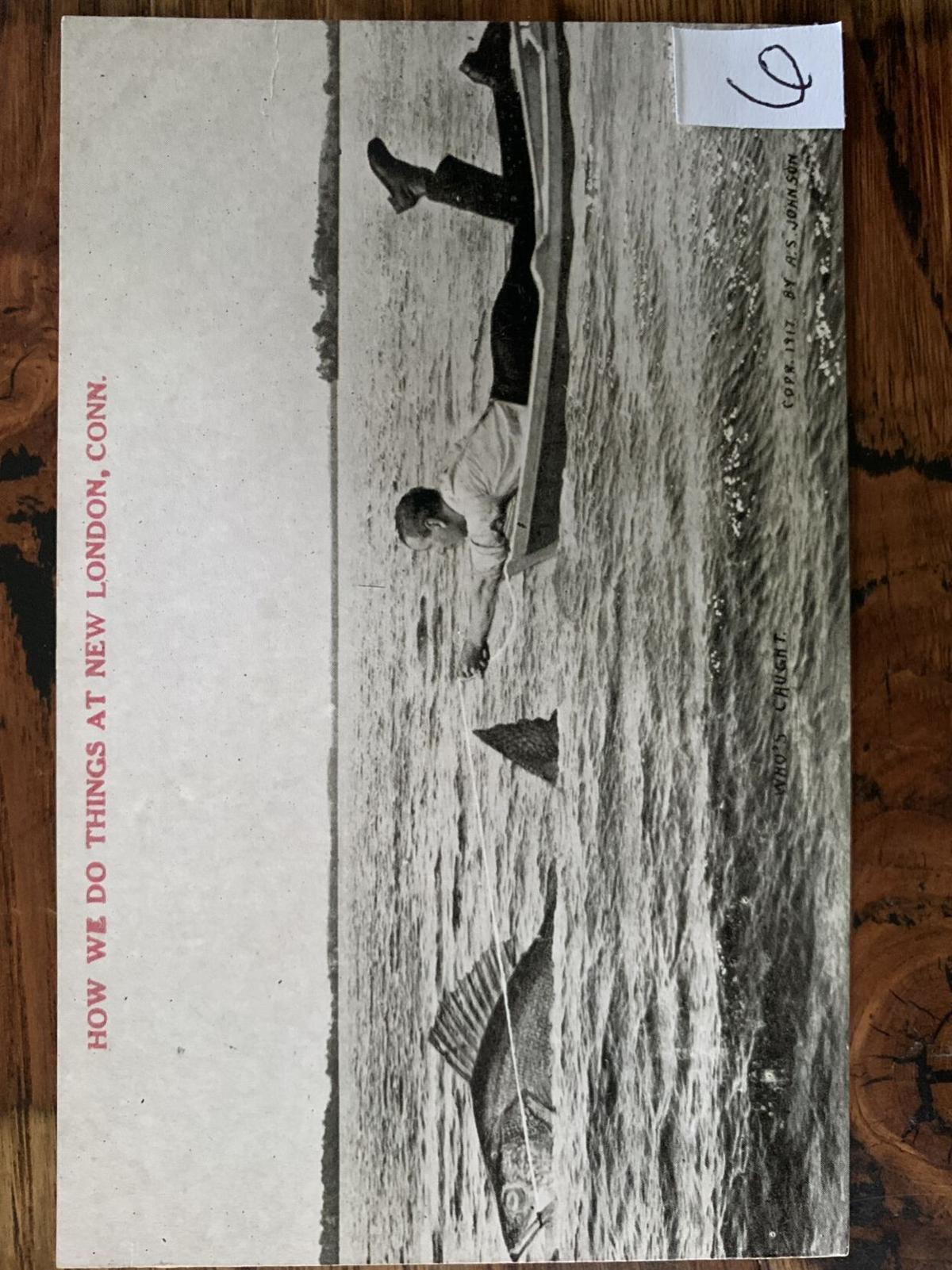 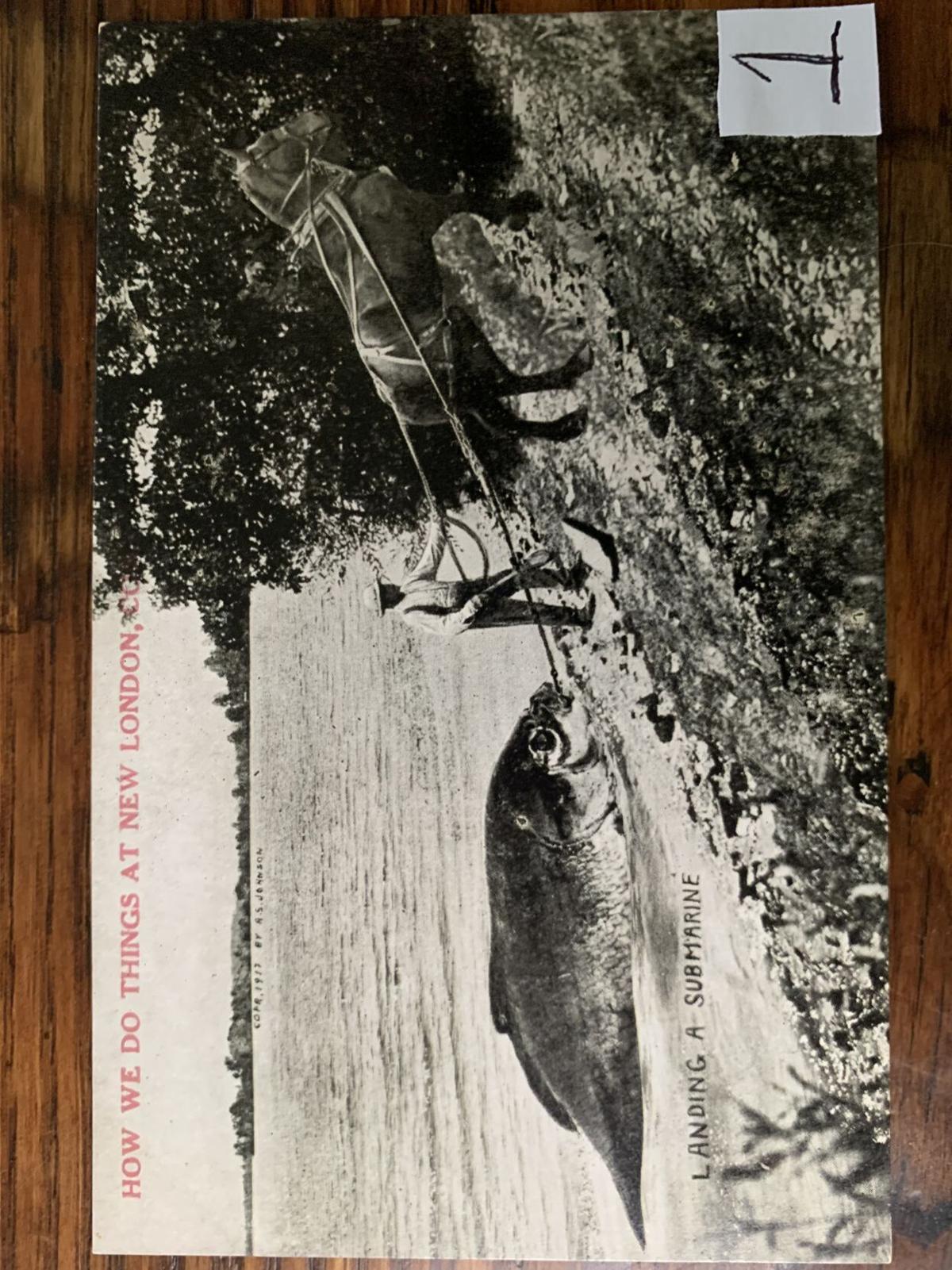 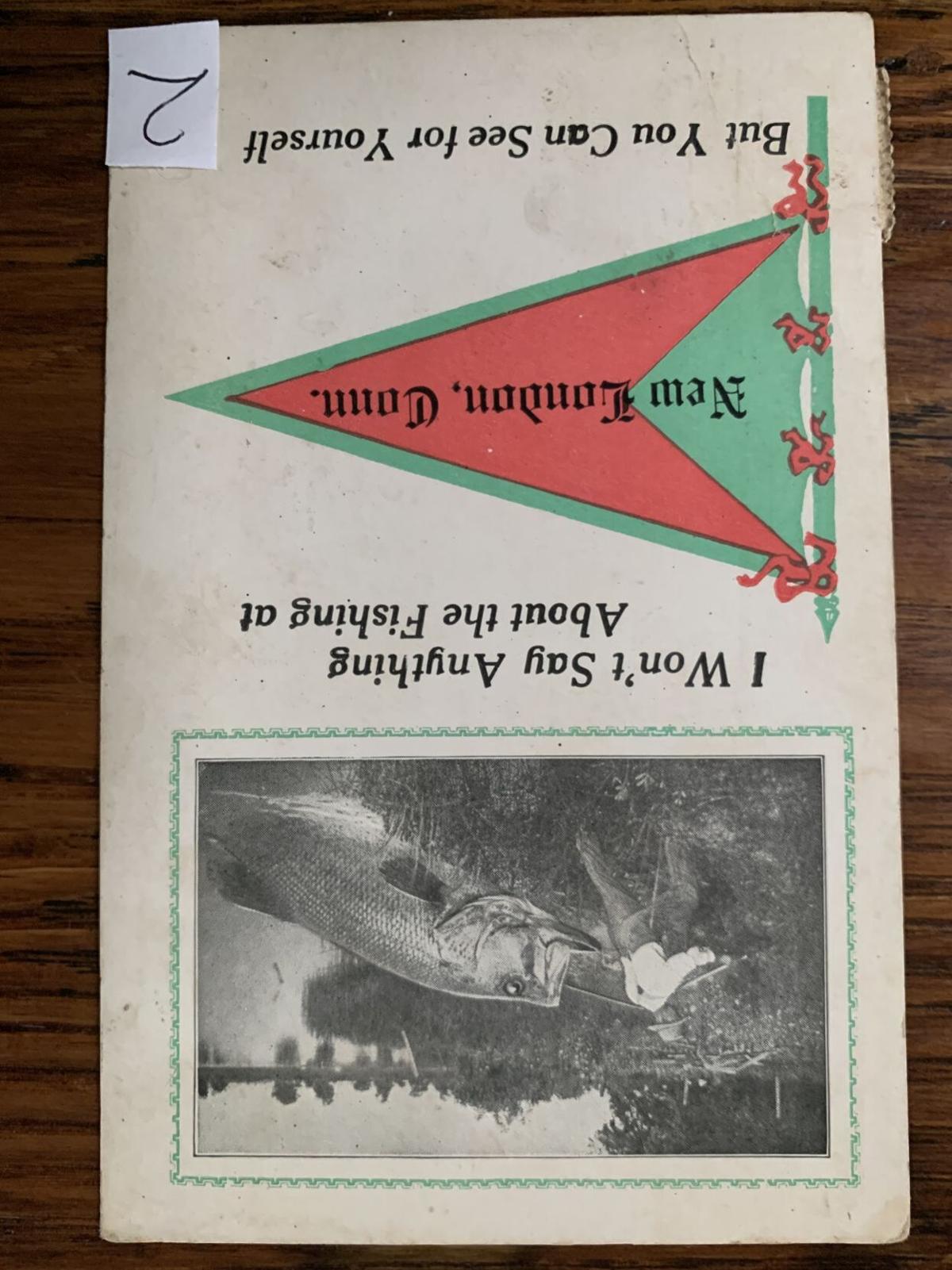 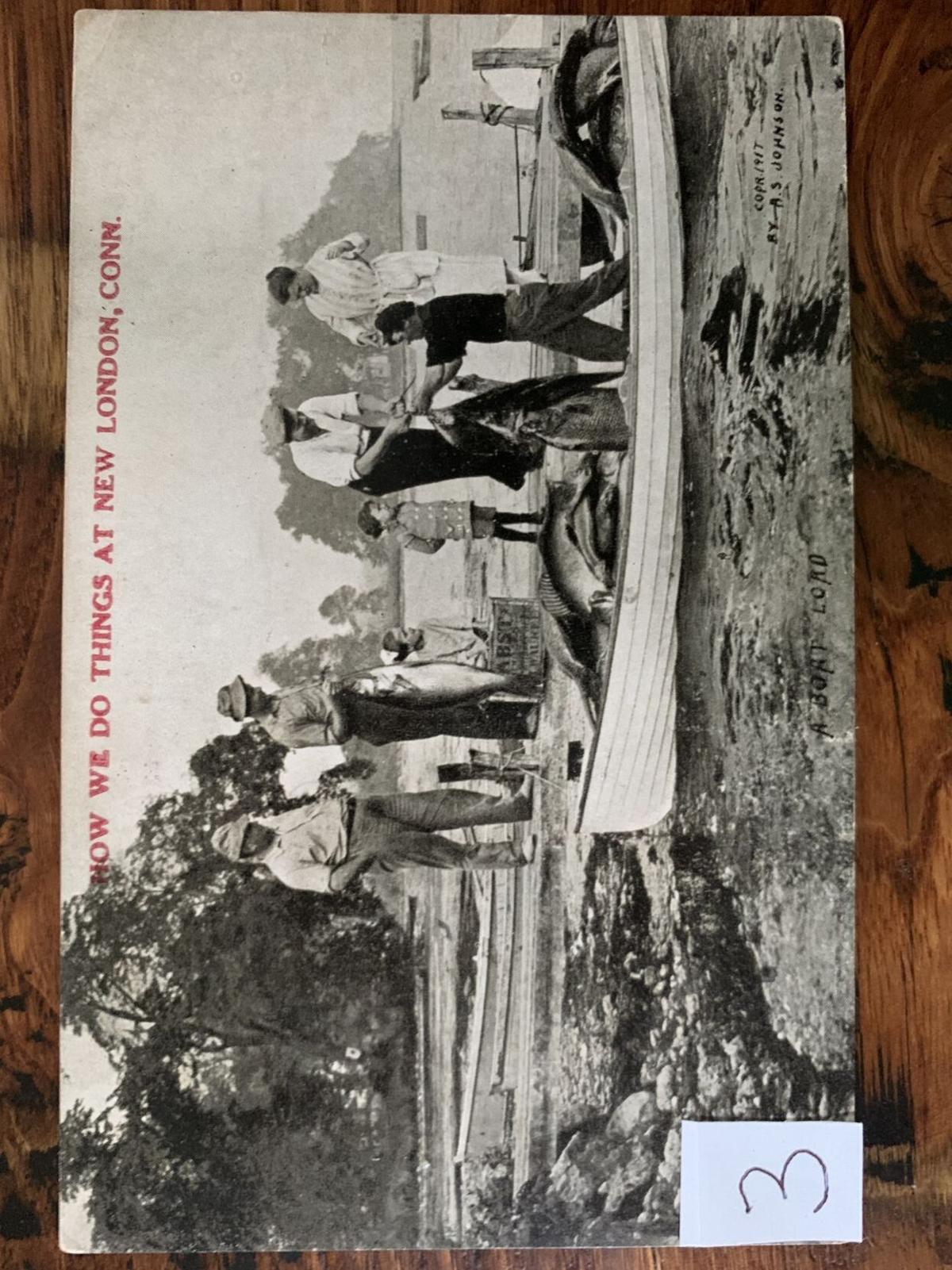 Each spring, thousands of recreational fishing enthusiasts begin heading out to sea, ocean, lake or stream to catch the big one. The joy of a peaceful fishing experience combined with the competitive nature of these sportsmen and women make for a sometimes exaggerated telling of their latest catch. Everyone is out to get the big one, and if not so lucky...then that’s when the embellishment gets the best of the best. And postcards have played a role in communicating these stories to the general public.

Exaggerated Postcards became popular in the early 1900s and were usually created by superimposing a large picture of a particular item over an otherwise innocent scene, resulting in an image of exaggerated proportions. The technique was to physically cut and paste the exaggerated item over the scene and manipulate it so it looked as natural as possible before printing copies. They were often regionally topical. So, in the Midwest, exaggerated postcards would contain images of a giant ear of corn, or boulder sized potatoes. On the west coast, you find postcards with images of exaggerated oranges or a watermelon the size of a train car.

On the east coast the topic is of course, the bounty of the seas, often showing the superimposed image of a giant fish over an otherwise innocent fishing scene. Some postcard companies would go as far as labelling the postcard with a city known for fishing tourism, such as those collected here. These cards are from New London Connecticut, known as the Whaling City, and once a large commercial fishing and whaling port. Private printing companies would create the images and label them with several locations that would have a particular interest in the topic.

So, the postcards in this collection for New London Connecticut, could have a sister postcard labelled for another fishing town, such as New Bedford, Massachusetts.

These exaggerated postcards were of particular interest to souvenir shops. These cards were relevant to the city and its local recreational activities, which played to the appeal for tourists. And also, funny and memorable, which added further enjoyment. At that time in history, we travelled fairly close to home, as it was before the time of commercial flights, and mail was delivered several times per day. It was easy to send a postcard from your vacation spot and have it arrive fairly quickly to your relatives not far away. Instead of telling your “fish tale” by holding your arms as far as they could reach, you simply sent a postcard.

Today we use exaggerated images at an alarming rate, via the internet meme. You can find exaggerated fish tale memes at the touch of a button. They are still funny, relevant, and can have local interests. Just remember the next time you send or receive a meme, the Exaggerated Postcard led the way.

In #1 the fish appears so large that a horse is required to pull it in. The caption reads “landing a submarine” which makes this postcard even more locally relevant, as New London is across the Thames River to the submarine capital of the world.

#2 shows a huge fish being pulled by a single man. This card has a pennant decoration, where the printer could add the name of the city or town that the postcard would be sold.

#3 shows a view of a rowboat loaded with about a dozen large fish that seem to have been caught by a sole fisherman. The crowd watches the offloading of the fish.

#4 shows a man catching a fish from a rowboat, which the fish is being caught by another much larger fish. The caption reads “One at a time please.”

#6 shows a fairly well-dressed man lying on a small boat being pulled by a large fish. His clothing and reclining position imply how easy it is to haul the big ones in at New London, CT.

#7 show a giant fish in a rowboat with a large crowd. In fact, it also looks as though some of the onlookers are climbing around the fish. This one is “A dandy”.

#8 shows a family out for a casual canoe ride and fishing that have caught a fish bigger than the children in the boat.

#9 reads “No Limit Here.” Instead of showing a giant fish, this one shows piles of large fish.

The exaggeration is that you can sit on the shoreline on a bucket and catch fish after fish after fish in New London, Connecticut. You can count 14 or more fish in this pile.