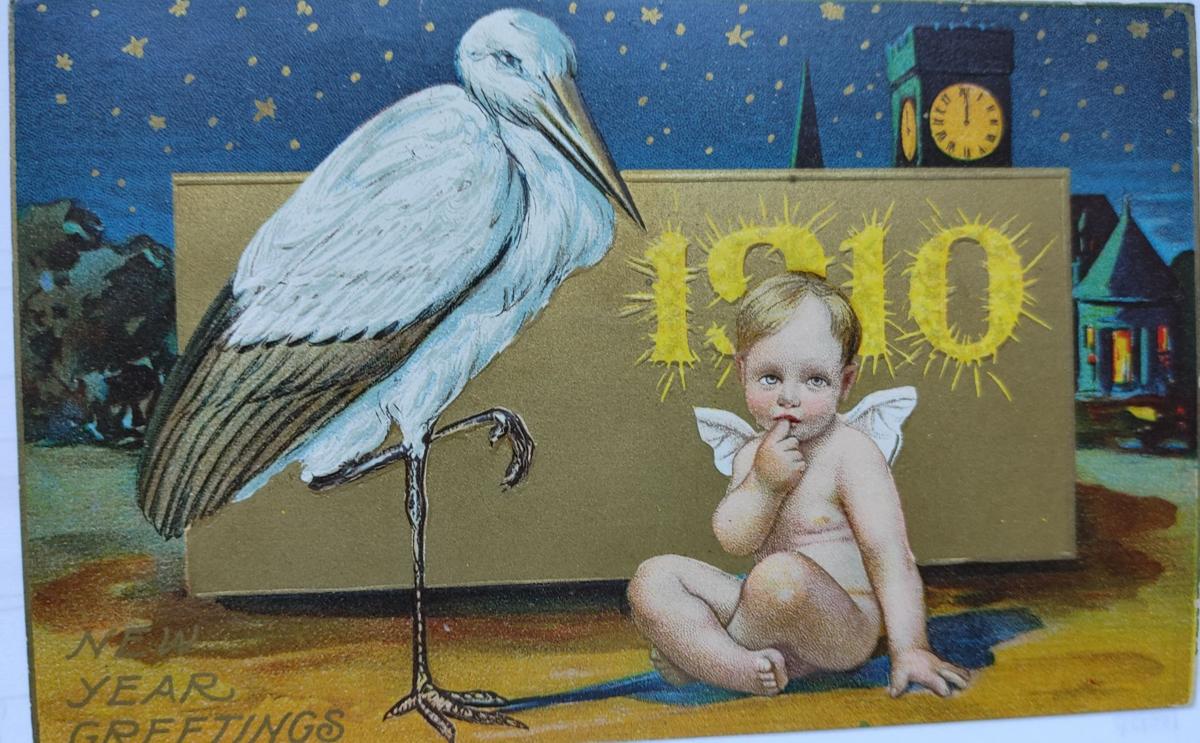 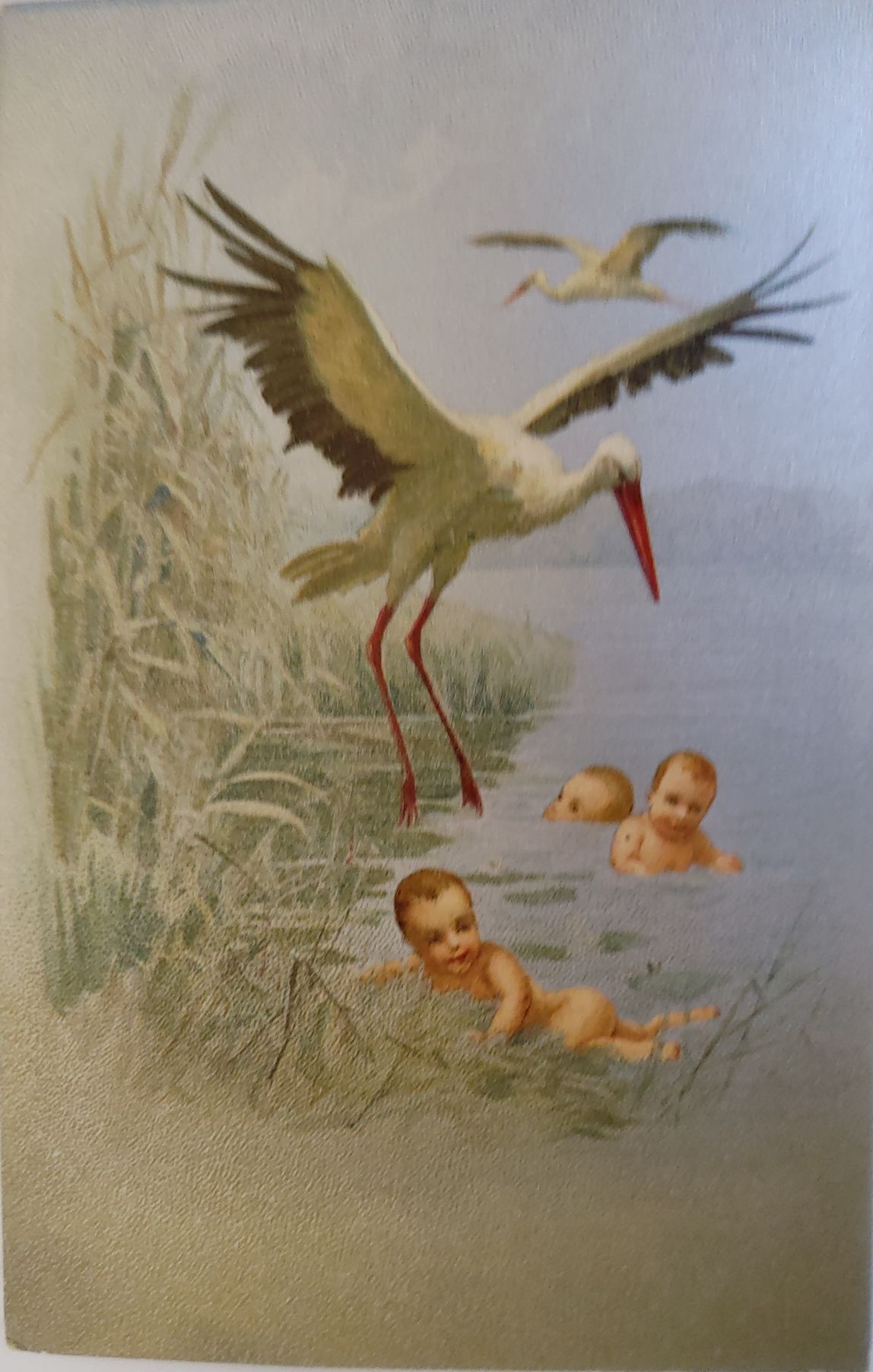 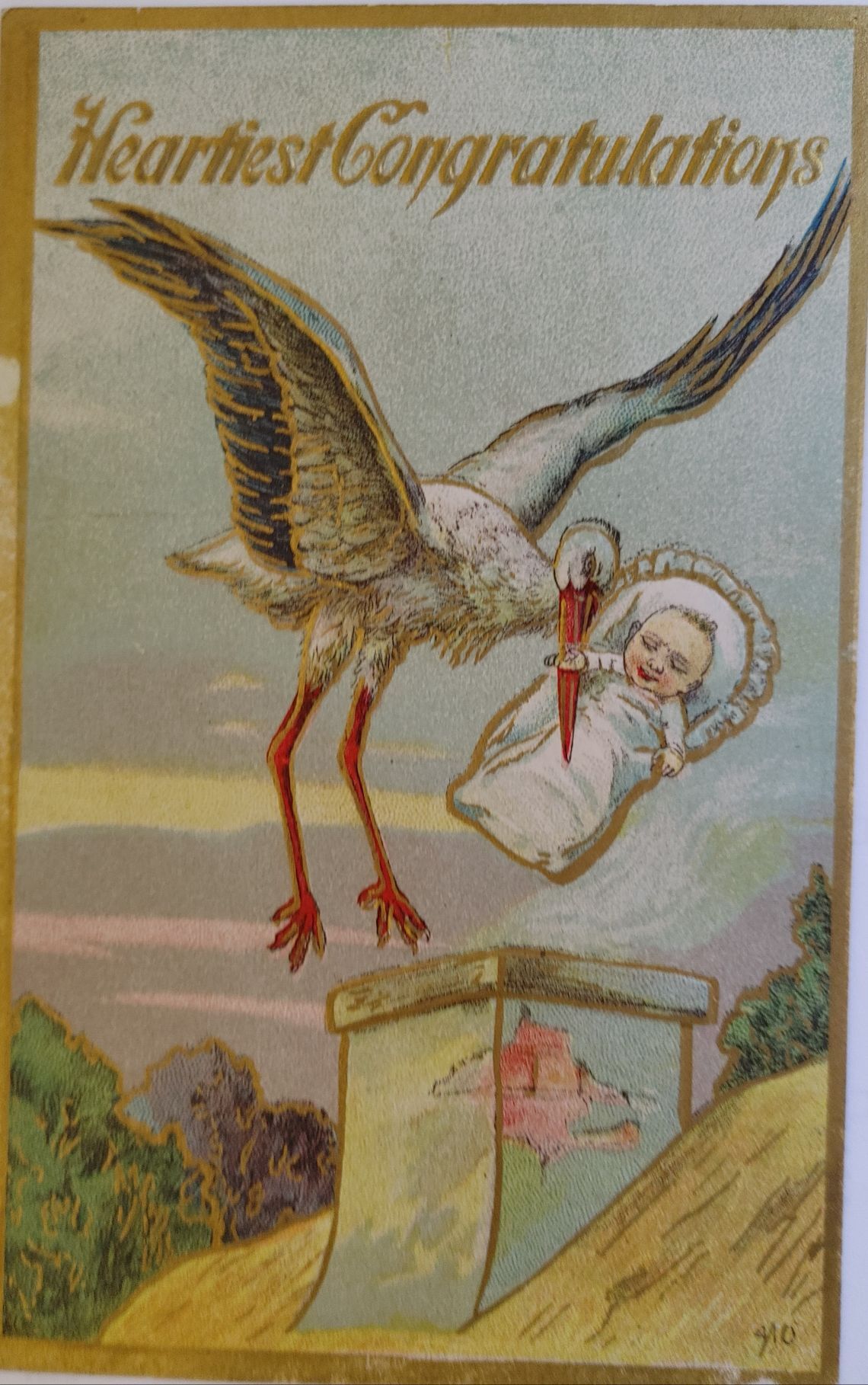 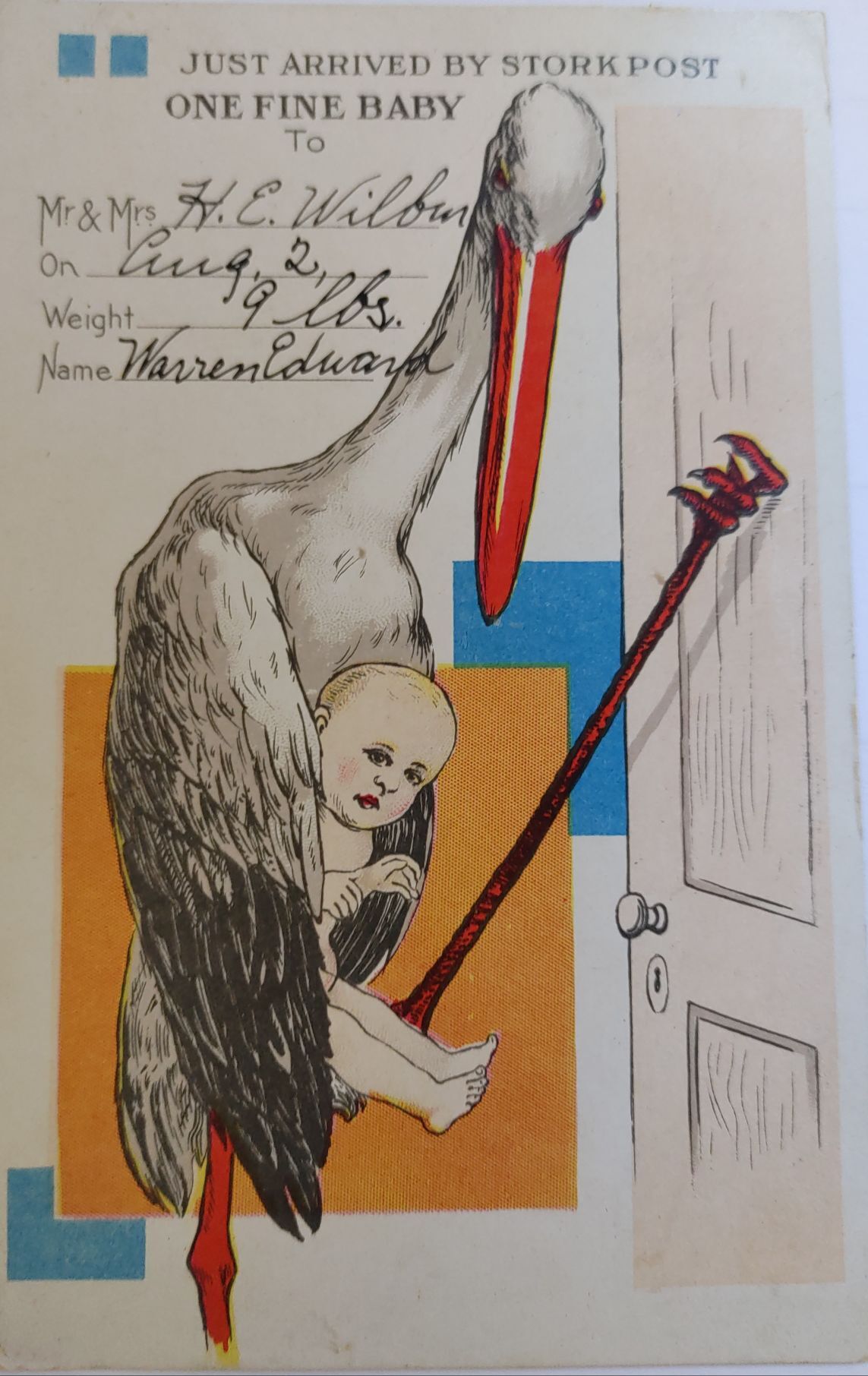 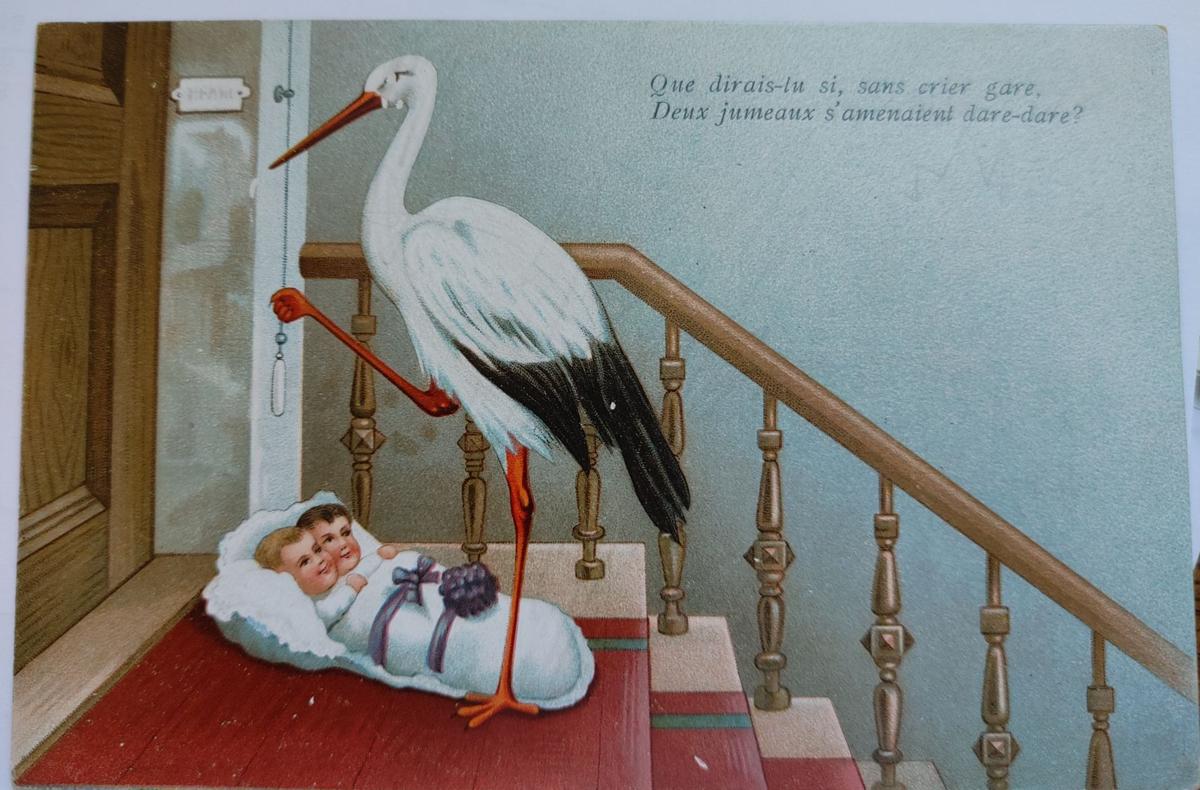 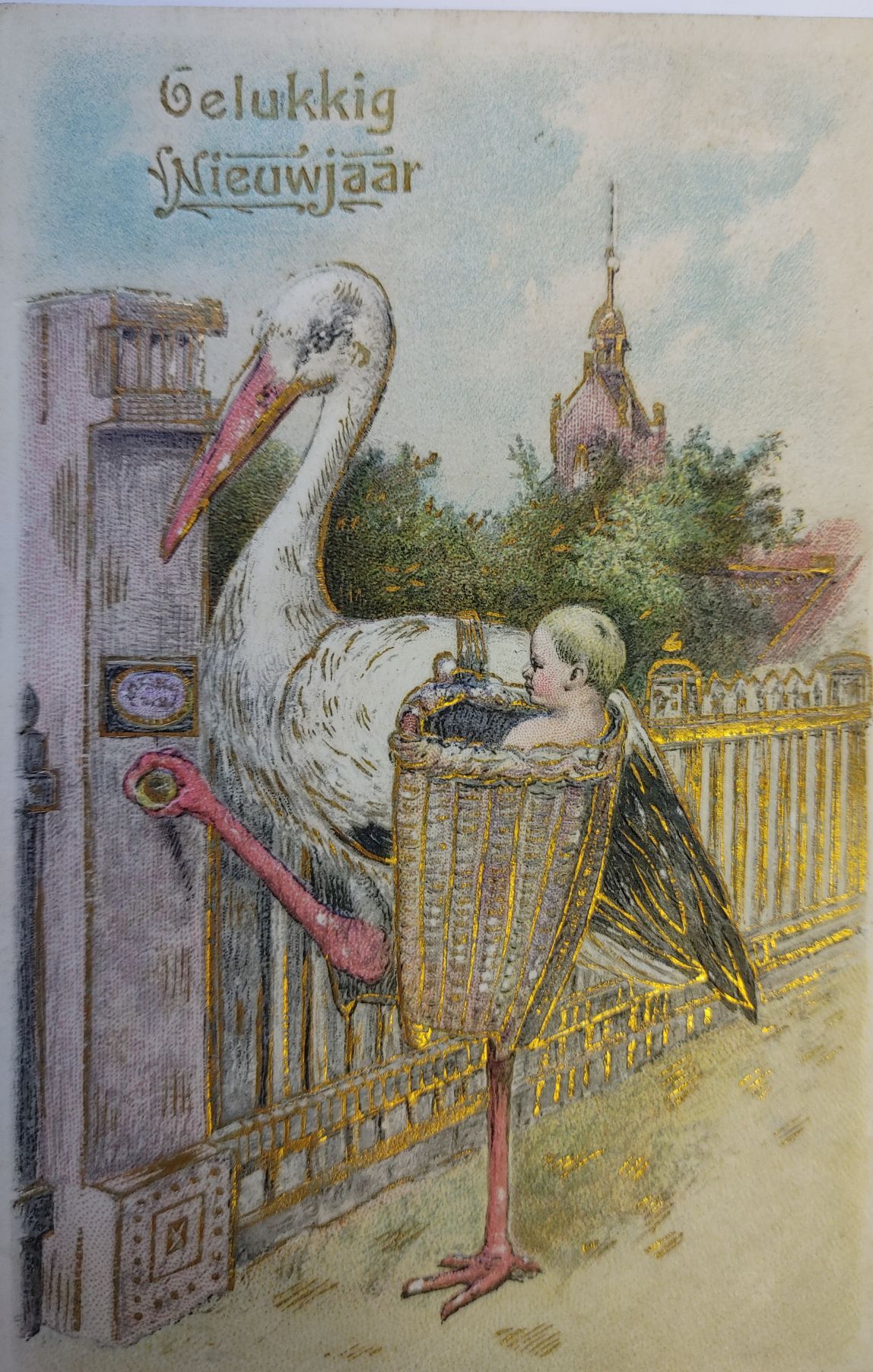 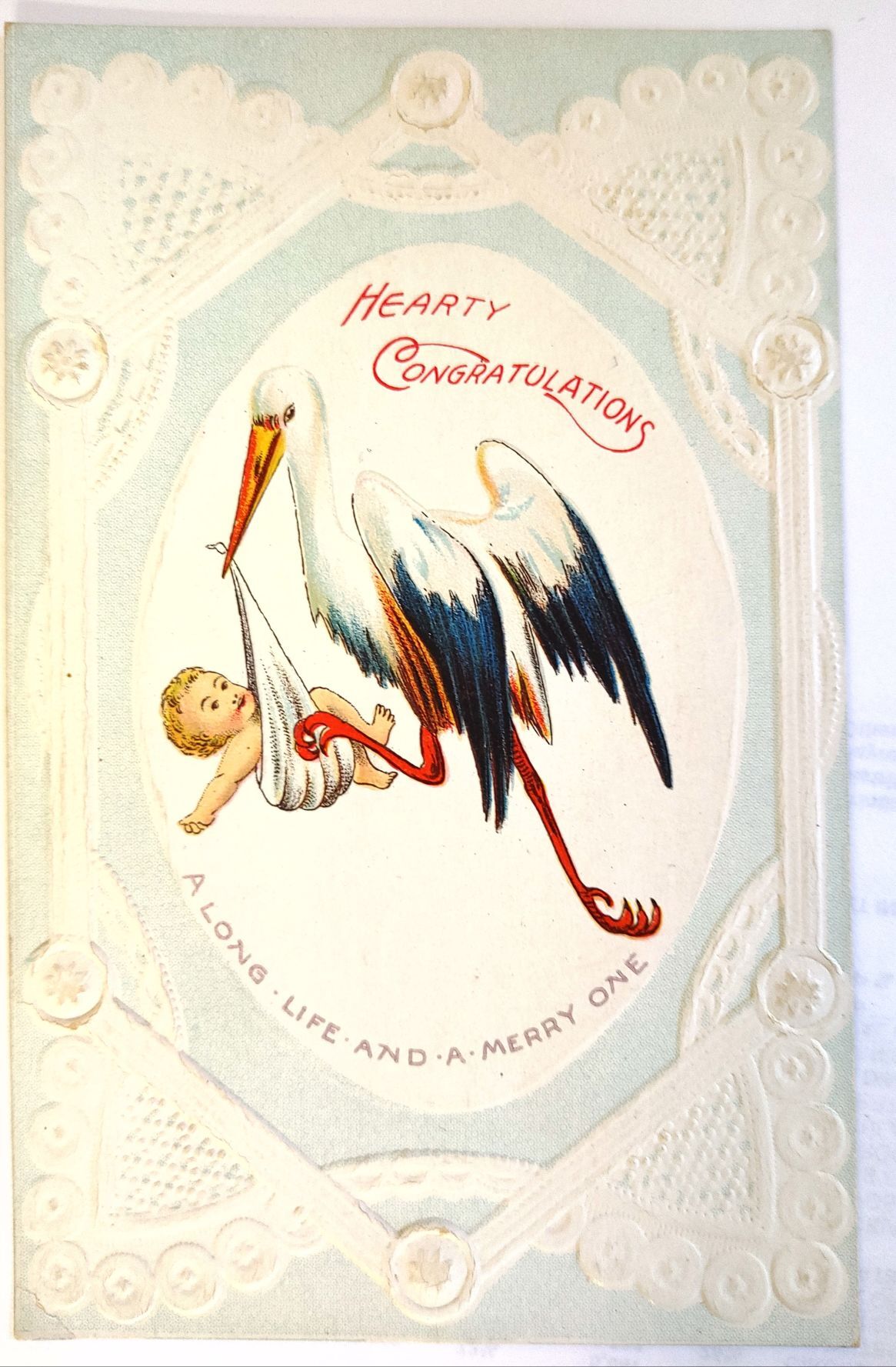 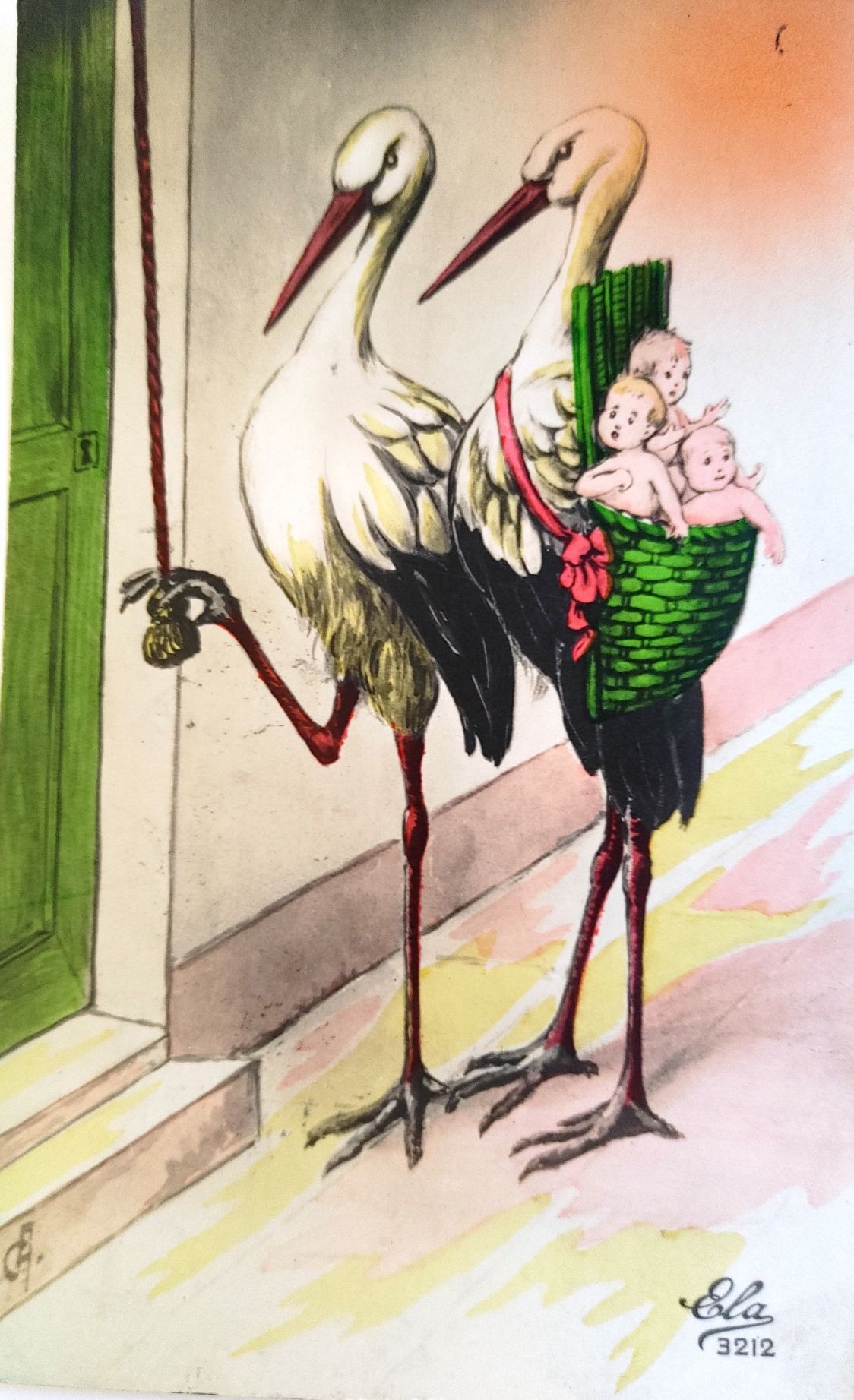 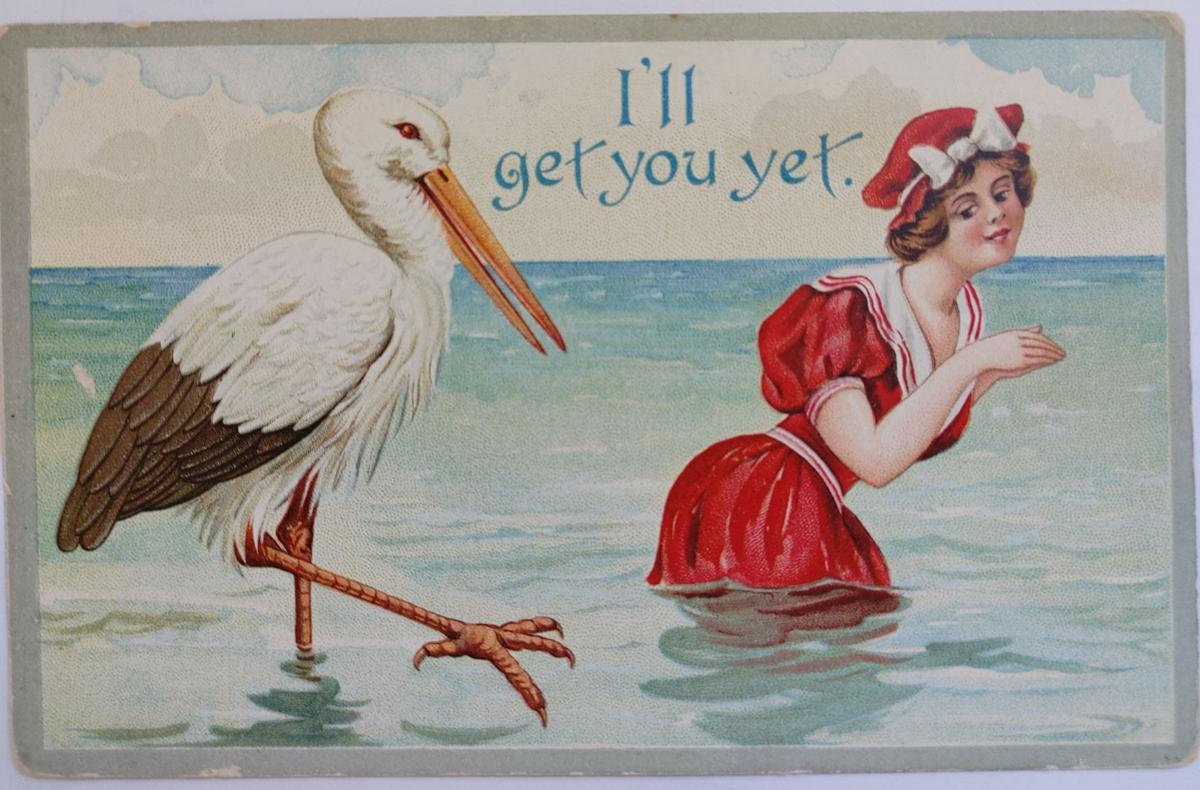 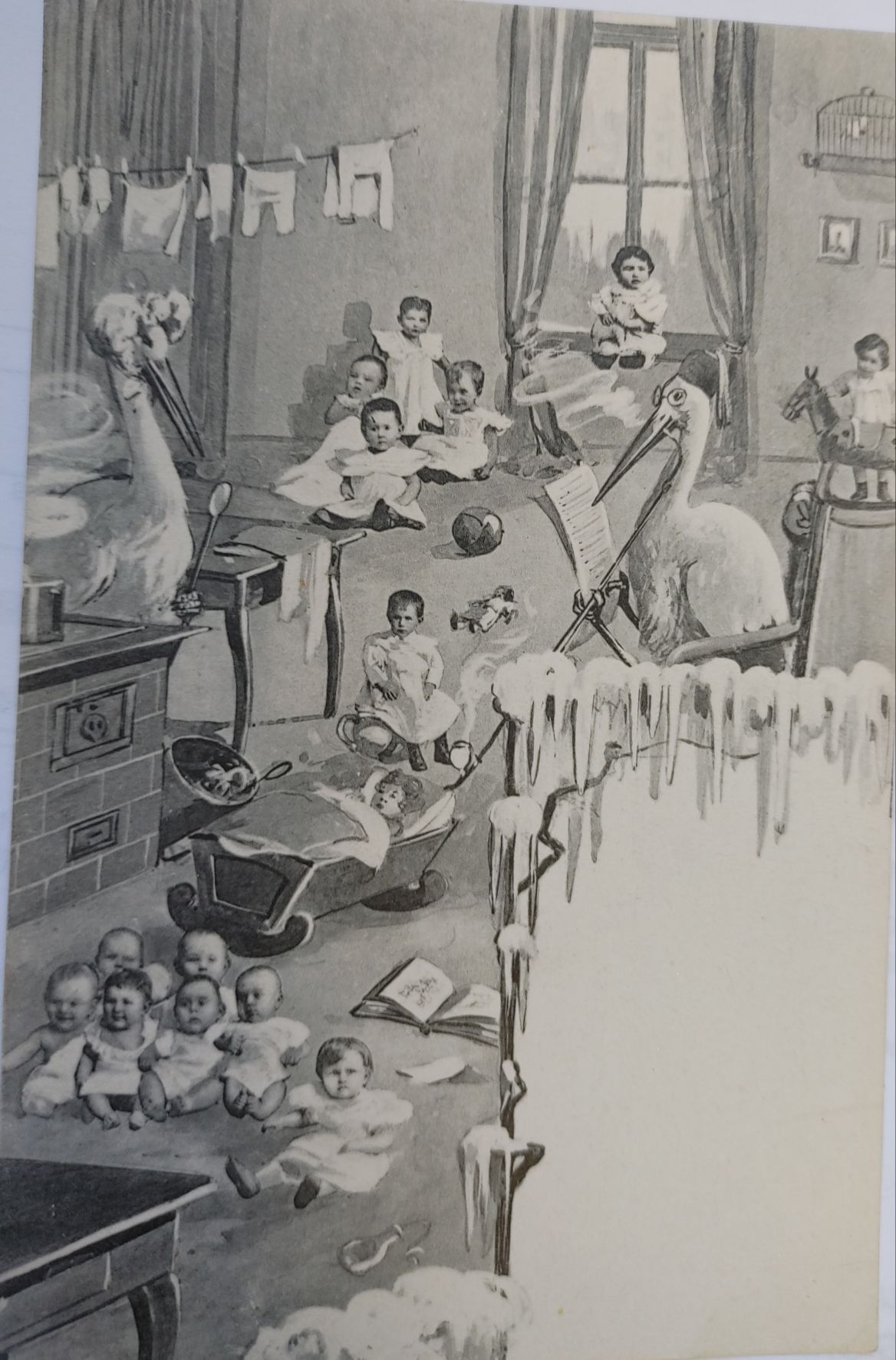 The idea of storks delivering newborn babies possibly originated in Scandinavia hundreds of years ago. The storks just dropped them down the flue of the chimney. They just might put them on the doorstep. Long-necked storks are related to the heron. They nest in trees generally but have taken up chimney tops and roofs as likable nesting spots.

The fairy tale “The Storks” was written in 1838 by Hans Christian Anderson. The souls of unborn children were once believed to live in marshes and ponds which were visited by storks. It was said that the birds picked up the babies and delivered them to their expectant parents. In Roman Times, if a stork built a nest on your roof, it was seen as a blessing and a promise of never-ending love from Venus. Aristotle made a killing a stork a crime. Some people believed a stork could cause a woman to become pregnant just by looking at her. Storks are considered harbingers of good fortune. In Germany, they are known as “Adebar” which means “Luck Bringer.”

Other stories about storks can be found in the mythologies of Greece, Egypt, Scandinavia, and in Norse, Chines, Israeli, and various other cultures. In many cultures storks represent fertility, springtime and good luck. Storks make good parents and are loyal. This information was found on the internet on SFGATE and Todayifoundout. Very interesting reading. The postcards I selected from my collection and stock are quite enjoyable and self-explanatory. #1 is a New Year’s card. #2 A general greeting. #3 Heartiest congratulations. #4 An Announcement card. #5 A twin delivery. (French). #6 A Dutch New Year. #7 Hearty Congratulations. #8 a Threesome Delivery. #9 The stork is looking. #10 A stork nursery. I hope you enjoy reading the article and viewing the cards. They are fairly common and are moderately priced. Until next time----try looking for some cards at a postcard show or antique shop. Deltiology can be a very informative, enjoyable and entertaining hobby. Until next article, Happy Hunting.