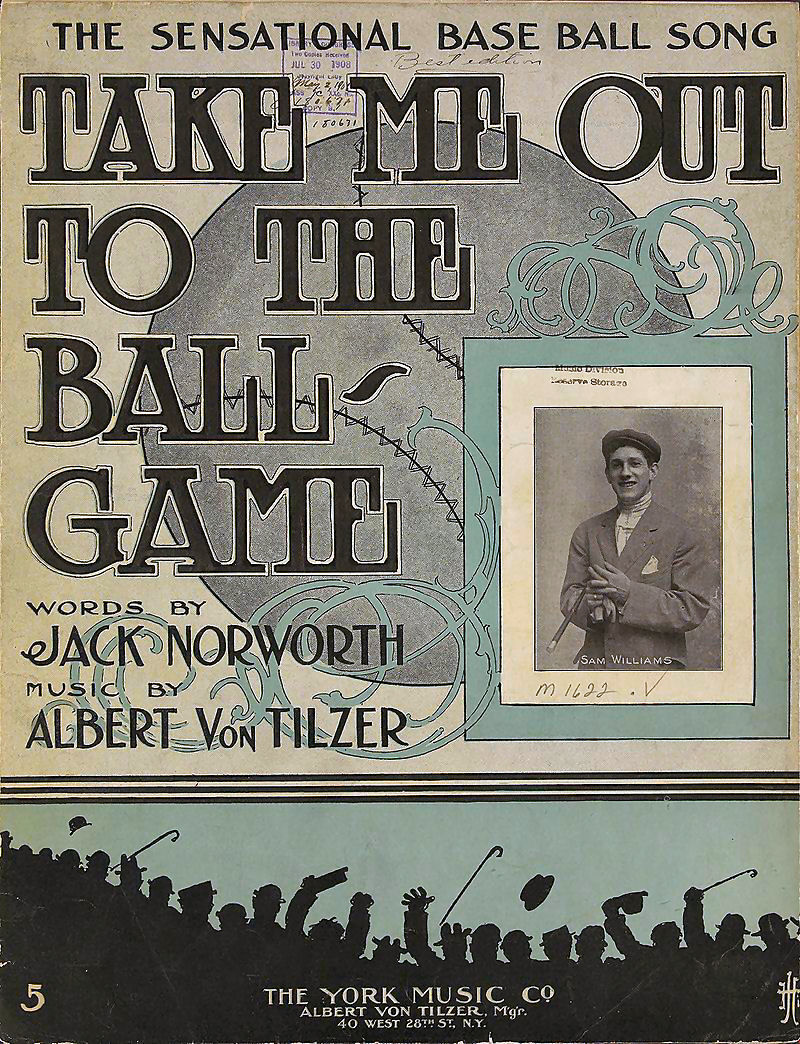 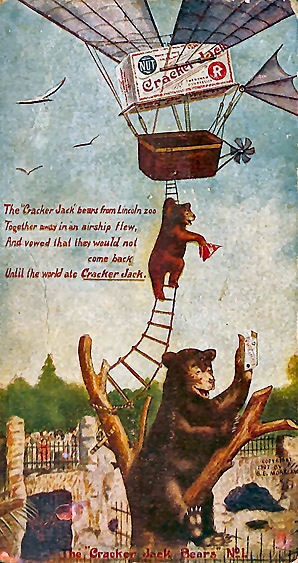 B.E. Moreland produced a set of 16 postcards for the Rueckheim Brothers. Card number one is shown in Figure #2. 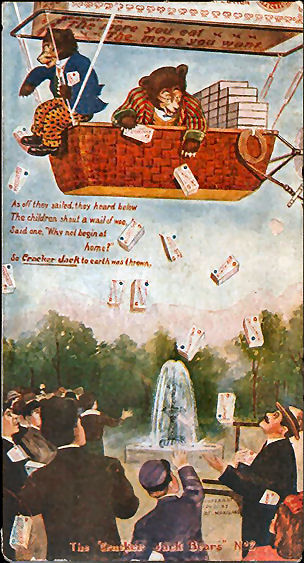 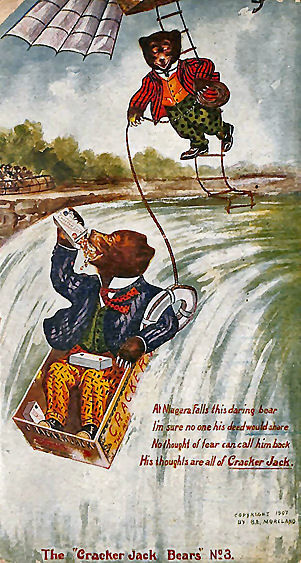 B.E. Moreland produced a set of 16 postcards for the Rueckheim Brothers. Card number one is shown in Figure #2.

At long last, it’s Spring, and that means it’s time for baseball! And so, in the words of Jack Norworth and Albert Von Tilzer from 1908 (Figure #1):

“Take me out to the ball game,

Take me out with the crowd;

Buy me some peanuts and Cracker Jack,

I don’t care if I never get back.

For it’s one, two, three strikes, you’re out,

At the old ball game.”

And speaking of Cracker Jack, how many of you know the interesting history of this famous American confection and how that history involves postcards?

The story of Cracker Jack began in 1872 when a German immigrant called Frederick “Fritz” William Rueckheim together with his brother Louis Rueckheim developed a mixture of molasses, popcorn and peanuts which they sold from a food cart in Chicago under the name “Candied Popcorn and Peanuts.” Their popcorn candy proved so popular that within a year, the Rueckheim brothers built a factory to produce their product. By 1875, the factory was supplying their popcorn treat to a fleet of food carts throughout the city.

In 1893, the World’s Fair came to Chicago. It was there that thousands of fair goers from all over the United States were first introduced to the Rueckheims sweet confection. It proved so popular that one happy customer declared it “crackerjack”, a colloquialism of the time that meant that something was top notch or excellent. The Rueckheims immediately adopted the term and in 1896 the trade name “Cracker Jack” was officially registered along with the company’s slogan, “The more you eat, the more you want.”

In 1899, Henry Gottlieb Eckstein invented the Eckstein Triple Proof Bag, a plastic-like wrapping that allowed the sticky Cracker Jack mixture to be safely contained in cardboard boxes. Cracker Jack could now be mass marketed to the entire world, and the orders began to come in by the thousands. In 1902, Eckstein became a partner in the business and the company name was changed to Rueckheim Bros & Eckstein.

In 1907, the artist B.E. Moreland produced a set of 16 postcards for the Rueckheim brothers featuring a group of playful bears which became known as the Cracker Jack Bears. Some of the cards found their way into boxes of Cracker Jack thus becoming the first Cracker Jack prizes. Card number one is shown in Figure #2. On the card, while one bear sits in a tree, another bear climbs a rope ladder to an airplane made from a Cracker Jack box. The caption on the card reads, “The ‘Cracker Jack bears from Lincoln zoo, Together away in an airship flew, And vowed that they would not come back, Until the world ate Cracker Jack.” On the backside of this card (Figure #3) was an offer to send a full set of the 16 Cracker Jack Bears postcards to anyone who would submit “…ten sides from Cracker Jack packages… or 10c in silver or stamps and the side of one package.”

Figures #4 – 10 show the Cracker Jack Bear postcards numbers 2 through 8. Of particular interest is Figure #9 which shows two of the Cracker Jack Bears together with President Theodore Roosevelt, the person most associated with the “Teddy Bear.” The caption on the card reads, “Delighted said our nation’s head, For many years your sweets have led, All the confections of our land, Congratulations – here’s my hand.”