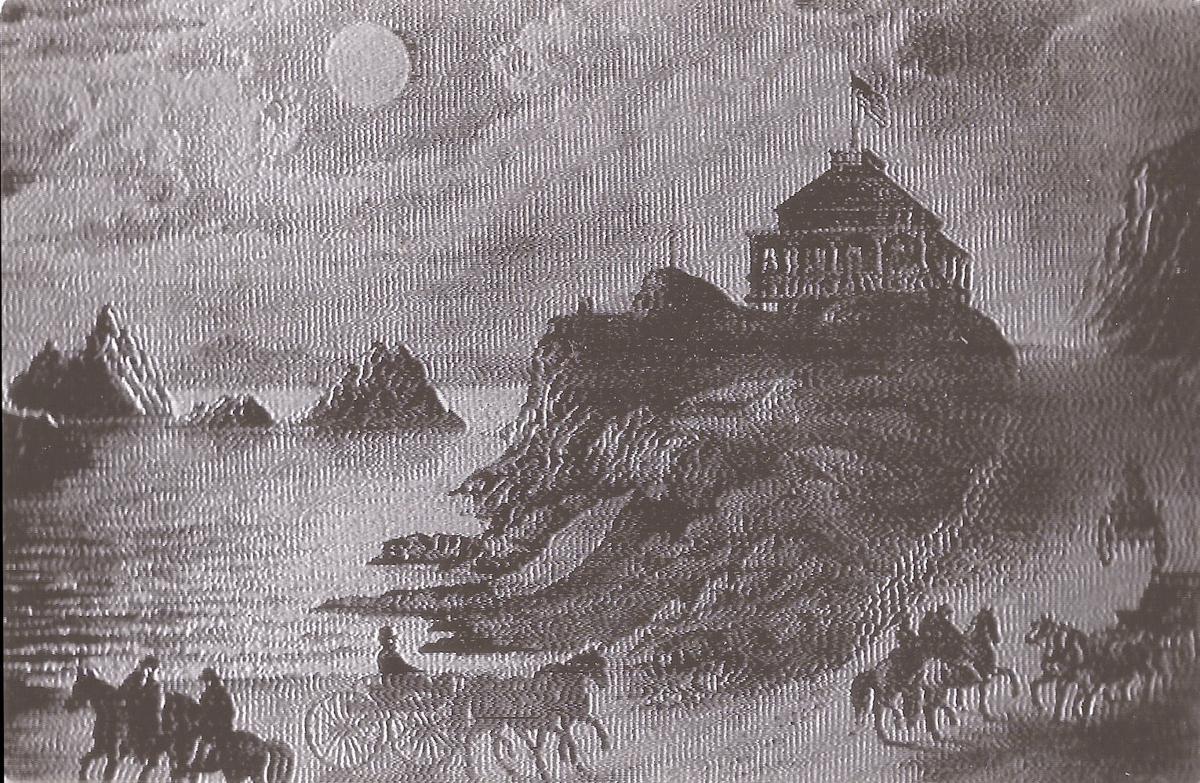 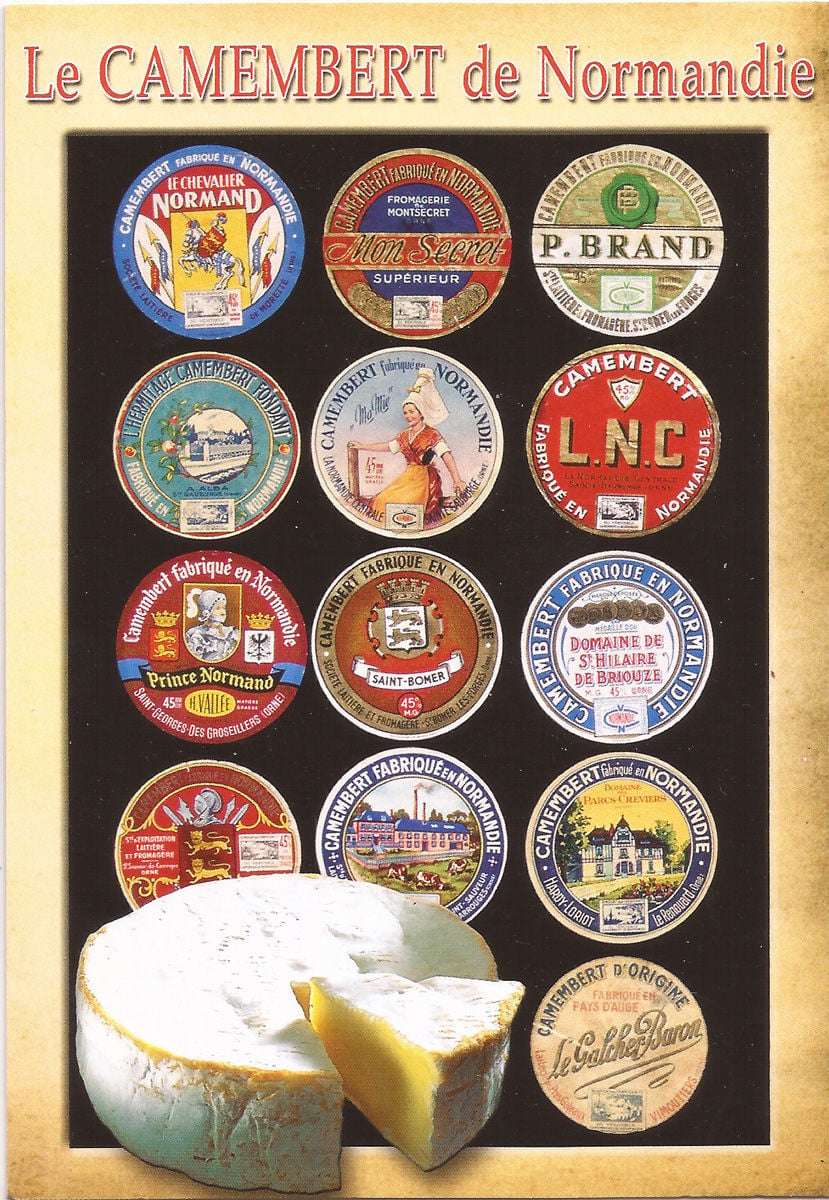 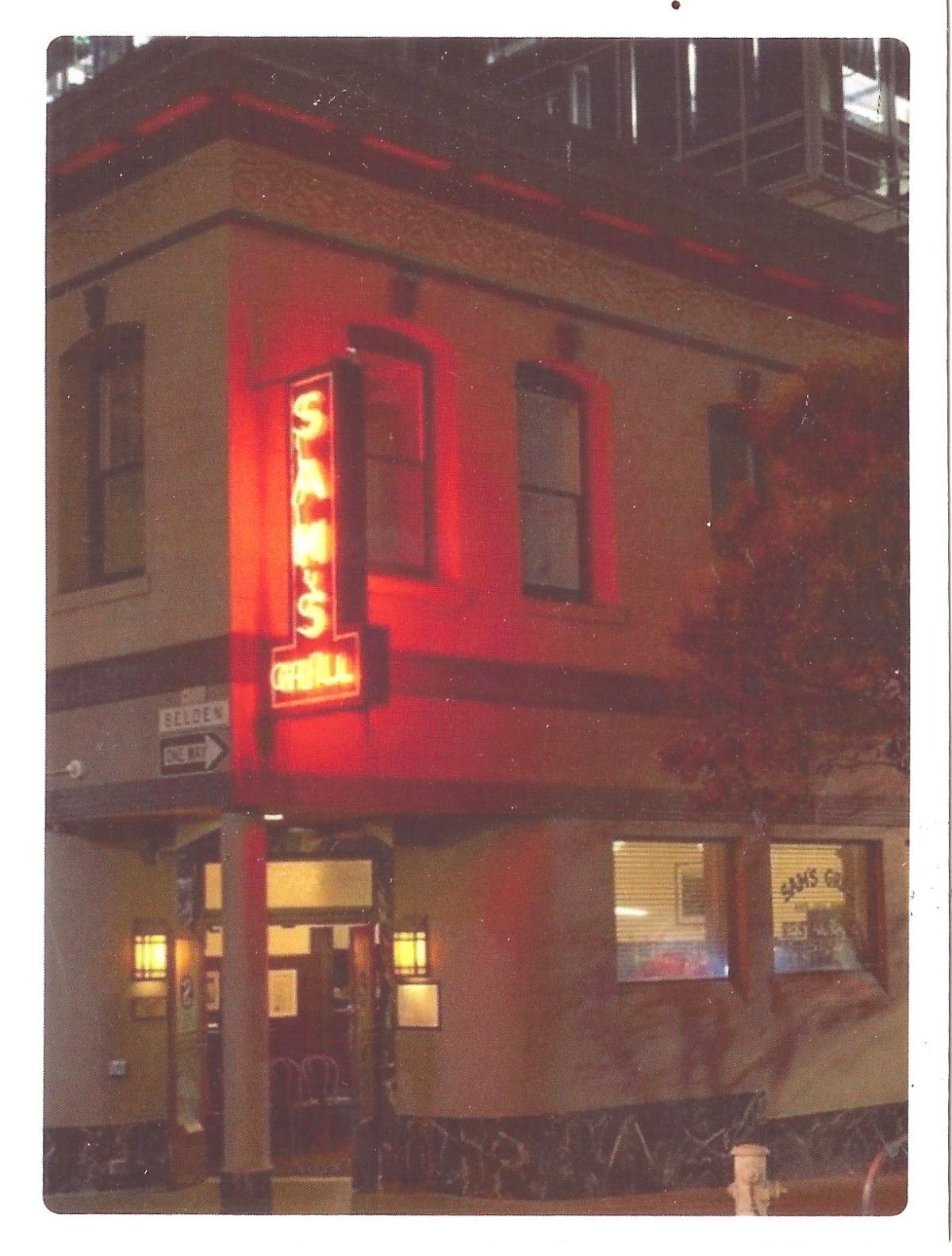 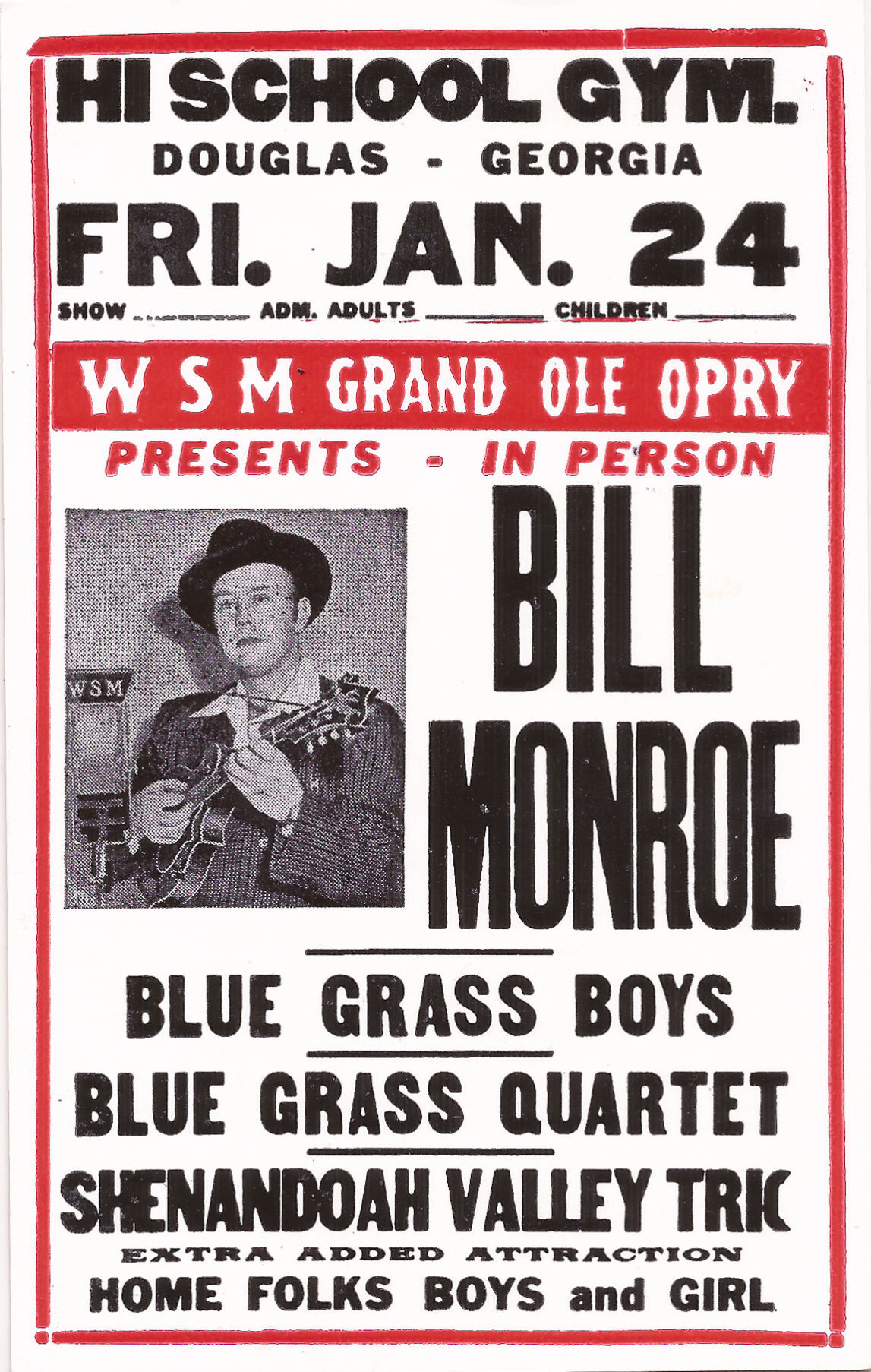 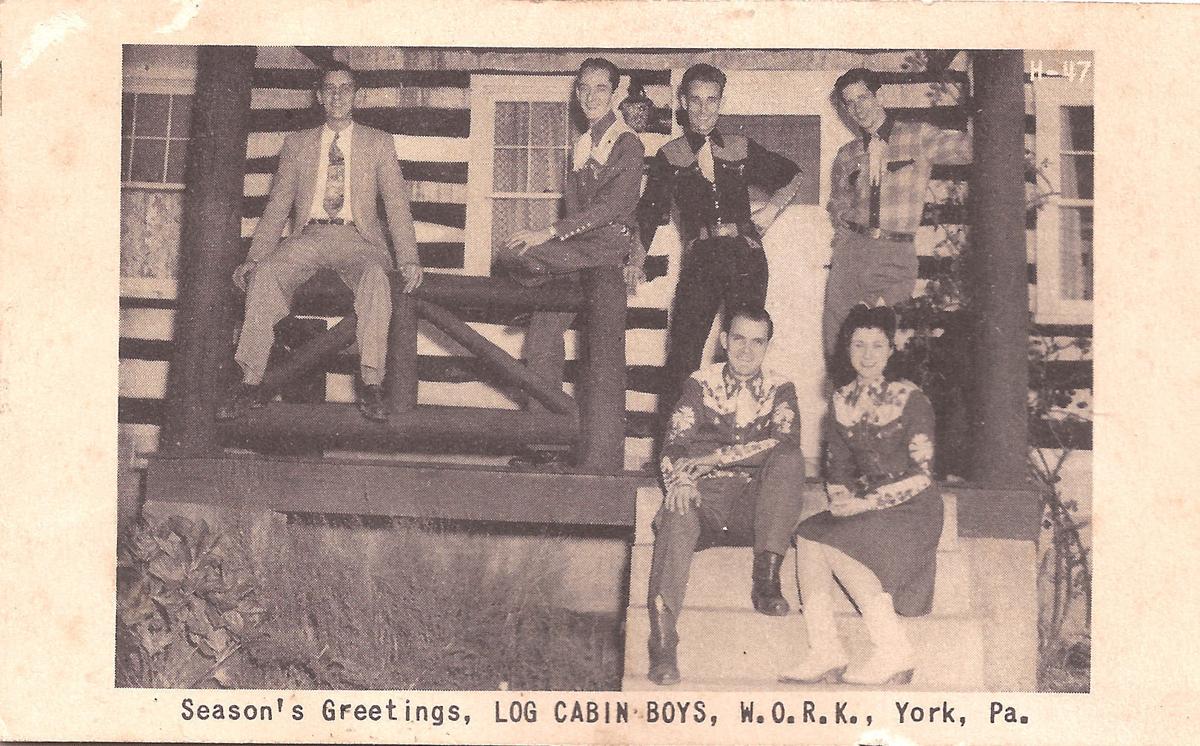 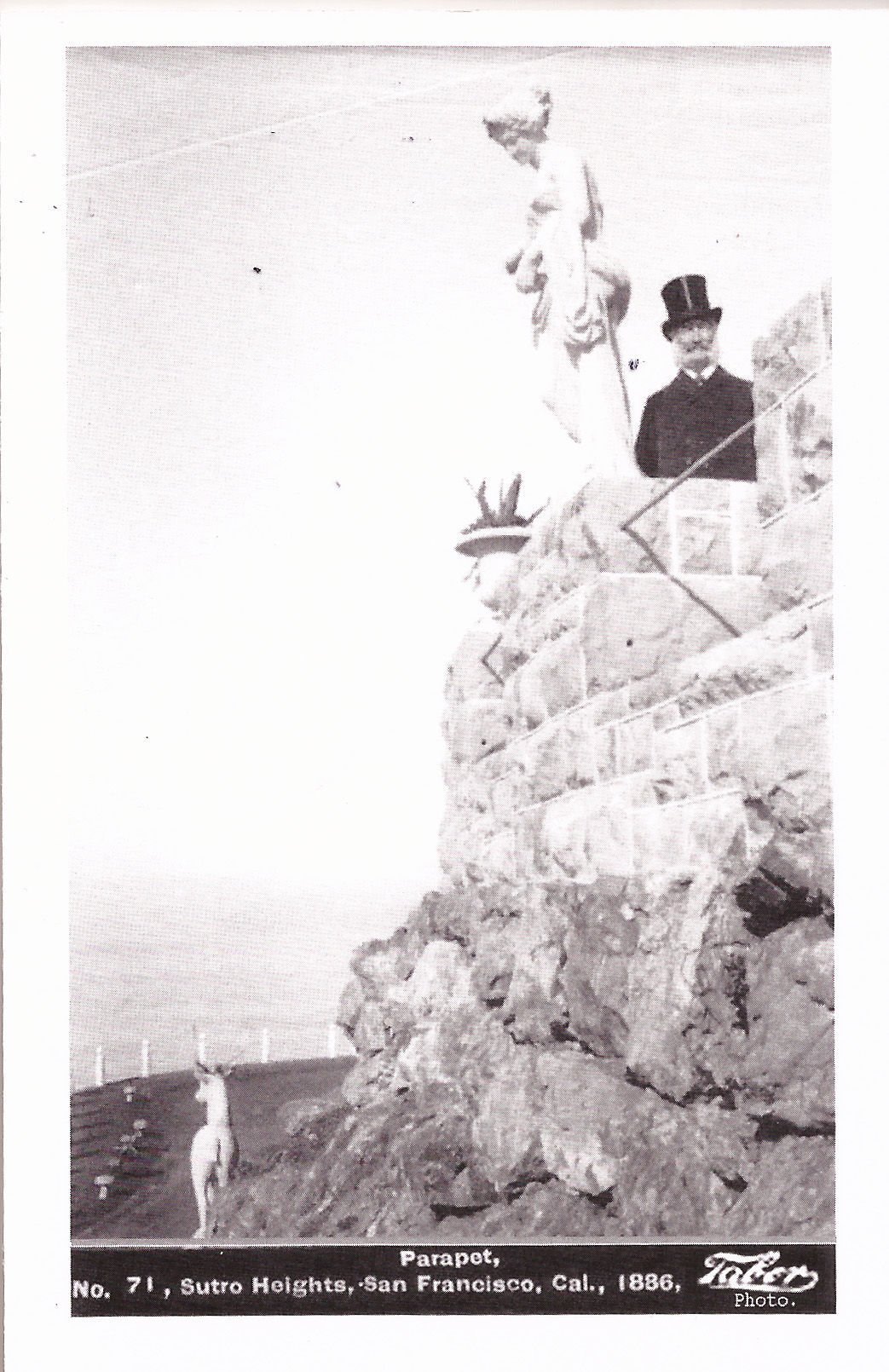 Being a geezer and not working, and having grandkids to run errands and tend to chores, and having adorable greatgrandlings to divert, delight, and entertain me, the first year of the plague was not difficult. Disappointing, yes, but difficult, no. I stayed home, except for an early morning grocery shopping each week. Janet and I did very much miss our frequent live bluegrass sessions, the twice weekly evenings on the dance floor, and our gustatory pleasures at the many ethnic and oddball restaurants nearby. Janet is an outstanding cook. A preprandial cocktail followed by one of her delectable creations kept us feeling very happy being confined to quarters.

Postcard collecting changed majorly, however. We both love shows and were continually looking forward to the next one. Janet especially. She feels left out when she comes across me looking at postcard sites online, so I do it, mostly unobtrusively, on my iPhone.

Before I show you a few of the cards I have snagged, unmasked, from home, I’d like to toss out a couple of thoughts…. Covid cards could be a significant collecting category. I have no idea what is out there, but I am sure there are governmental and health mailings that would add gravitas to a bunch of political and humorous cards that have pandemic features. Think about it. Let us know what you have found. A vintage jewel from the 1918 flu visitation would add historic perspective. Not far afield, my other collecting idea is 2020. What a bizarre time we have lived through! There are no limits as more and more cards will appear that show how things have changed. My take on this will be Closed Restaurants. Here, out West, the pandemic was the major closing agent, but there were political closures, too. Now… to identify the victims and find the cards!

Time for Show & Tell: Each of the couple of dozen cards that joined my collection in 2020 were found online. EBay, of course, is a favorite (if not always happy) hunting ground. Delcampe.net is productive, but cluttered with unsold items. I subscribe in French, so there is always added mystique. There are plenty of other sites, several with powerful and well organized online presence. And Google can always help find more.

Card No. 1 — A major collecting topic in the San Francisco Bay Area is the Cliff House. Opened in about 1860, it was a hard core watering station for coastal travelers looking for drinks and a good time. Six miles across the hills and dunes from the center of town, it was a major trek for daytrippers. Photos record the changing dimensions of the building over the decades before it was replaced by the elegantly fanciful “birdcage” iteration. That building burned after ten years, in 1907, and he Cliff House we have known all our lives appeared in its blocky, flat topped, masonry format. An ever growing website is dedicated to the institution and its surrounding area. Visit cliffhouseproject.com when you want a few hours of timeless distraction. Many postcards are shown there, but not identified as such. The card I found, rather, I was led to, is an aluminum view of the original building after the addition of porches and raising of the roof. It’s a convincingly accurate drawing with a sparkly machined texture. Seal Rocks look as they do in real life, and the distant Marin County shore adds depth. The equine traffic along the road is legitimate and replicated since the early 1900s by endless streams of high horsepower vehicles. The metal card has a divided back; made after 1907 it was marketed as a curiosity with its vintage image.

Card No. 2 — Full disclosure! This was found in my Christmas stocking, not online. Thanks Santa! It’s a mod, typical of the European style of what I call “collection cards.” This one happens to be of camembert cheese labels. I’ve seen them featuring many other topics—knots, cows, flowers, and on and on. They are a contemporary revival of the Golden Age Gruss Aus style of snaking chains of cultural subjects—beer steins, coats of arms, peasant costumes, etc. This card does have special meaning for me as I have a sizeable collection of camembert labels featuring my chosen topic; you guessed it: goats. When we were active in the local Alliance Française, I exhibited postcards and other ephemera at the group’s annual wine and food extravaganzas. The cheese label boards were always applauded.

Card No. 3 — Oh, here’s another card that I did not find online. A friend sent it to me using the online photo service TouchNote. You take a photo using your shmartphone, send it to TouchNote.com, and for a buck or so, they will make a high quality glossy postcard, which carries your message and is sent to whomever you choose—anywhere. The company has outposts around the world, so, wherever you may be, there is no need to hunt down postage rates or availability. Your card is printed and mailed at the closest point to the card’s destination. Here’s hoping TouchNote becomes a Barr’s News advertiser. This particular card is a star of my SF Restaurants category. Since childhood, Sam’s has been one of my favorite places to dine, particularly when seated in a curtained booth. The Serbian founders specialized in local seafood, and the tradition continues more than a century later. The card is a break with Sam’s’ tradition, however, as the restaurant never produced picture postcards.

Card No. 4 — My Country Music category grew by two cards recently. Bill Monroe was the originator of Bluegrass music. His own downhome tunes for fiddle, banjo, mandolin, bass fiddle, and guitar, with players soloing between choruses, were played by Monroe’s band. The Blue Grass Boys set the classic style for this musical genre. Bluegrass began in the late ’30s, and Monroe died at 94 in 1996, so this card falls in those brackets. Unblemished, on heavy white cardstock, and with a rubberstamped back, It may be a contemporary creation. Yes or no, it is a postcard, and I am happy to have it.

Card No. 5 — The other addition is a low quality, black and white print of the Log Cabin Boys. Were they a musical group, I don’t know. As the printed message says, they were “the friendliest gang in radio,” so I assume they made music to express their joy. They were a hit on WORK (now WOYK) broadcast from York throughout the central Pennsylvania counties. Printed by National Press of Chicago, the back of the card boasts a union bug.

Card No. 6 — Here’s another “nonline” postcard. I made it myself from an image borrowed from the Cliff House Project site (with permission!). Janet and I sent it as a New Year greeting this year. It shows Adolph Sutro, once mayor, peering over the parapet at Sutro Heights, accompanied by items of his reproduction sculpture collection. To the rear, the cliff drops sharply towards the edge of the Pacific Ocean. The original image was made by master photographer Isaiah West Taber in 1886. I included the credit caption at the bottom of our card. Our message on the back reads “Here’s looking at you… with all good wishes for a happier 2021.” And that is precisely what I wish each of you!