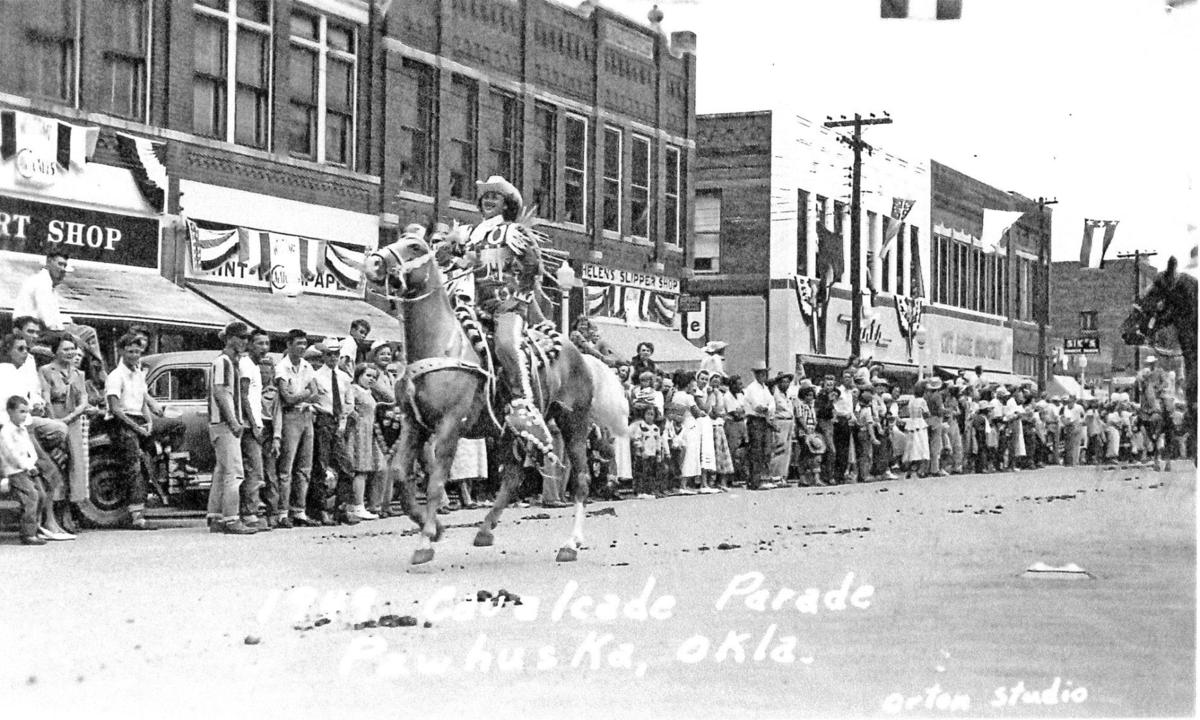 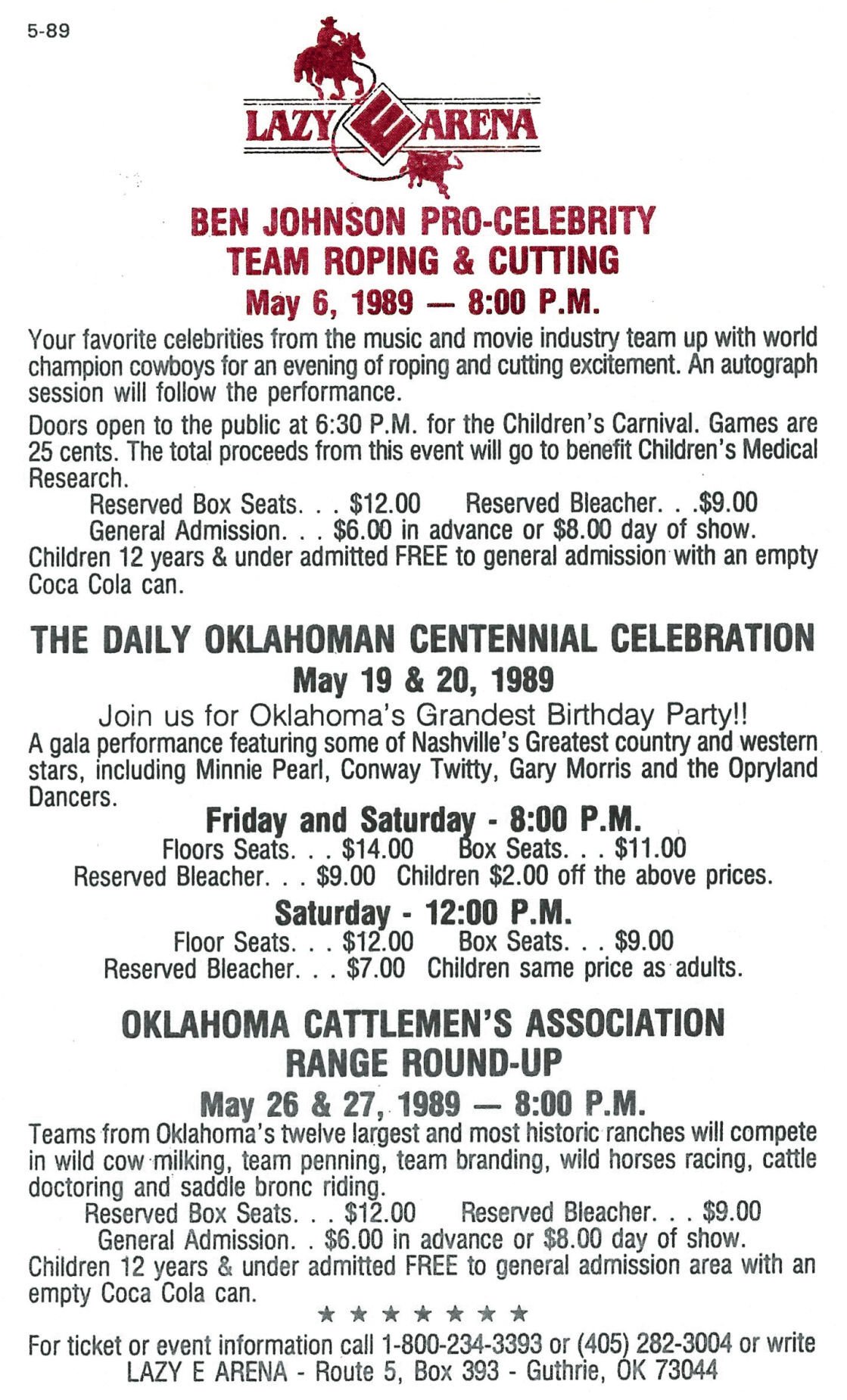 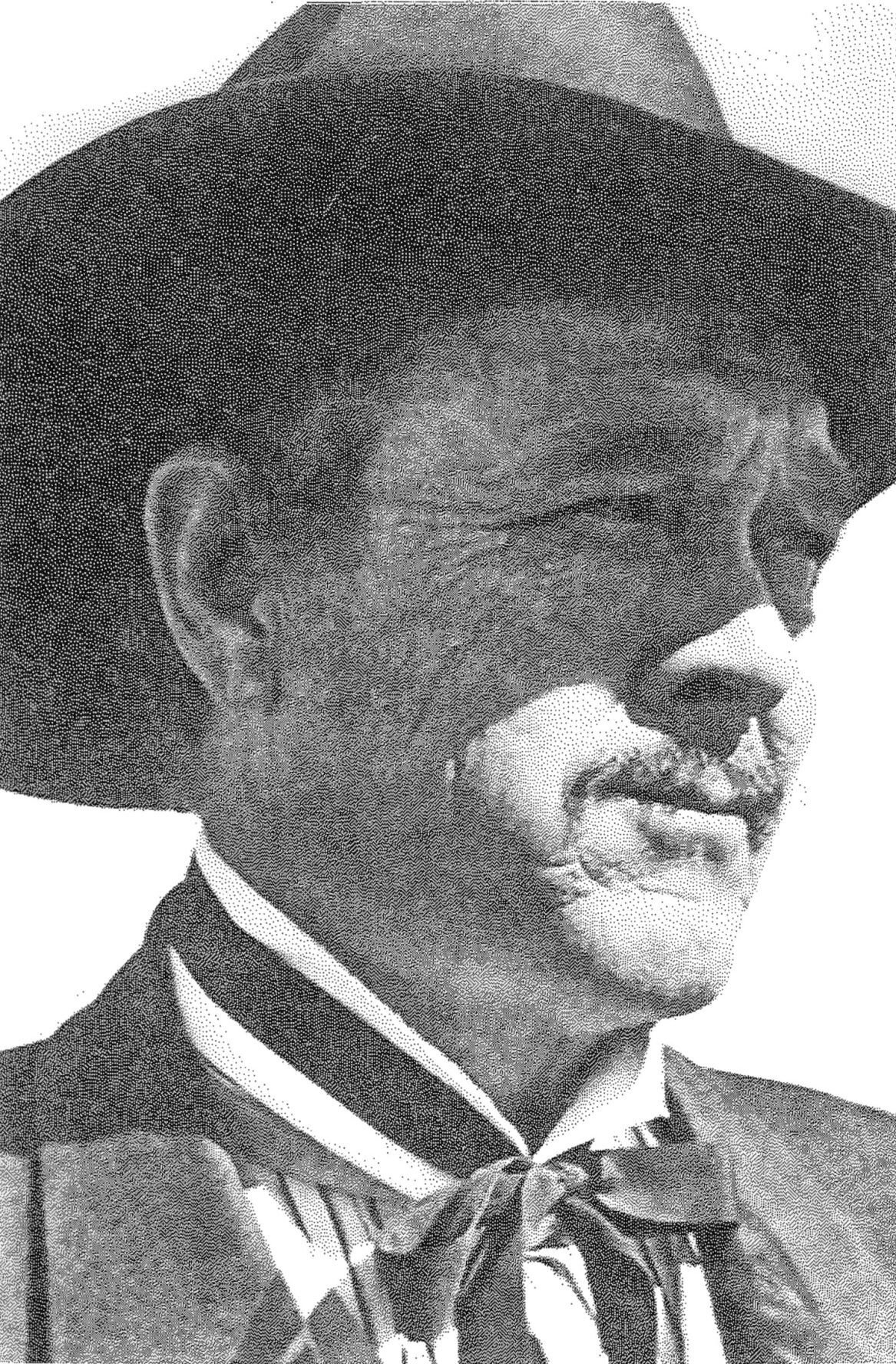 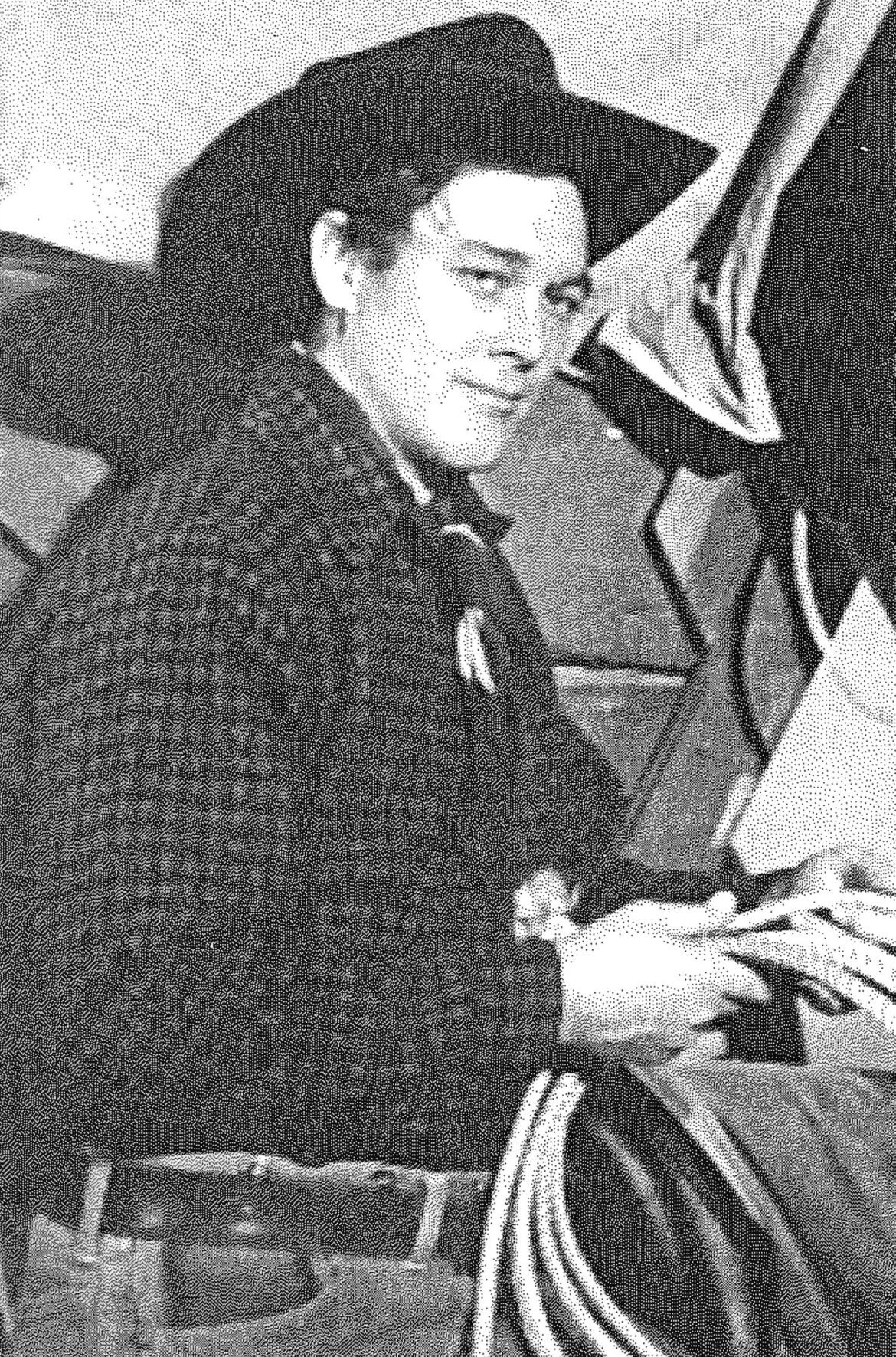 I have a passion for horse, cowboy, rodeo and old west postcards. I recently spent an afternoon visiting the Ben Johnson Cowboy Museum in Pawhuska, Oklahoma. It is brand new, and has an extensive display, of not only Ben Johnson’s life story, but of Western Heritage memorabilia. I didn’t however, find any postcards. I have two cards, one pertaining to a Ben Johnson Team roping at the Lazy E Arena May 6, 1989 and one of the pre-rodeo Cavalcade Parade in Pawhuska, Okla. in 1949. (Real photo). It doesn’t mention Ben Johnson on the postcard, but almost all cowboy led parades were followed by a rodeo.

However, like most postcard collectors, not having a card of someone or some view, you’d like to have, only encourages a collector to “hunt;” so with the help of my daughter, we located a couple of photos of Ben Johnson, Jr. on Wikipedant, and now I have his photo on a couple of postcards.

If you are a fan of TV Westerns or Movies — then it is likely you’ve seen Ben Johnson, Jr., Appearing in a movie or television show. Many of those times he received no name credit. He also acted on a lot of early television shows where there were no horses, or cowboys.

He was tall concise man without a lot of swagger, good looking, with a handsome rugged appearance, and a gentle smile. He appeared in around 90 movies and 25 television shows.

Ben “Son” Johnson Jr. was born on June 13, 1918 in Foraker, Oklahoma on the Osage Indian Reservation. His father was a rancher and rodeo rider, therefore, in his early days, Ben was naturally drawn to rodeo life, horse training, and breeding. His introduction to Hollywood started when Howard Hughes was preparing to make the film “The Outlaw”. Mr. Hughes purchased some horses

From the Johnson Ranch in Oklahoma. He hired young Johnson to get the horses to Arizona for the filming and from there requested Ben transport them to Hollywood, CA.

Once in Hollywood, young Ben was hired to stay around to care for the horses. He was hired to do some stunt work for the 1939 move, “The Fighting Gringo.” And stayed around continuing to do stunts and tend to the horses. If there was a horse involved in the shooting of a scene, Ben Johnson, was involved. The director John Ford hired him for stunt work in the 1948 movie, “Fort Apache” with Henry Fonda, and liked his work, especially when Ben stopped a runaway wagon, saving those aboard. As a result of his quick action, John Ford offered him a seven-year contract, which he gladly signed.

Other movie producers and directors also started giving Ben more stunts with horses and some bit parts. During the 1940s and early fifties he appeared in about 17 movies — most “un-credited.” (Today with all the reruns on television, there is an opportunity to spot him in an unfamiliar role). His first credited film role was in John Ford’s movie, “Three Godfathers:” He also was cast in two of Ford’s western movies starring John Wayne — “She Wore a Yellow Ribbon” &,”Rio Grande.” He played a supporting role in “Shane” with Alan Ladd. (One of my favorite 1950’s western, but don’t remember seeing him). The summit of his career came in 1971 when he won an Academy Award for his performance as Sam the Lion in “The Last Picture Show” — directed by Peter Bogdanovich.

He appeared on several television shows in the 1950s & 1960s. Some were not western, Such as “The Adventures of Ozzie & Harriet” (I’d like to see that rerun). He appeared on “Wagon Train,” “Route 66,” “Alfred Hitchcock Presents,” and many more through the years. Ben Johnson was married to Carol Elaine Jones, who was the daughter of Hollywood horse Wrangler Clarence “Fat” Jones. They had no children and they were married until her death on March 27, 1994. During Ben’s Hollywood career, he also operated a horse-breeding ranch in Sylmar, California.

Ben Johnson did not let Hollywood, come between him and his love of the rodeo. He continued to compete whenever possible. He sponsored the Ben Johnson Pro Celebrity Team Roping & Penning Competition held in Oklahoma City; all proceeds went to the Children’s’ Hospitals of Oklahoma.

In 1953, he took a break from film making and competed in the Professional Rodeo Cowboys Association (PRCA) becoming Team Roping World Champion. He was inducted into the Professional Rodeo Hall of Fame, has a star on the Hollywood Walk of Fame, and was inducted into the Western Performers Hall of Fame at the National Cowboy & Western Heritage Museum in Oklahoma City. Ben Johnson died of a heart attack, at age 77, on April 8, 1996, while visiting his 96-year-old mother in Mesa, Arizona. His body was later transported back to Pawhuska, Oklahoma for burial at the Pawhuska City Cemetery. The Ben Johnson Memorial Steer Roping and International Roundup Cavalcade, are held annually in Pawhuska, Oklahoma. A bronze sculpture by John D. Free of Ben Johnson riding a horse and roping a steer was commissioned and produced in Pawhuska.

I have spent time in Pawhuska — lots to see and do. There are many shops, places to dine, several interesting museums. Lately Osage County in Oklahoma has received a lot of notoriety. The popularity of the Pioneer Woman and the book “Killers of the Flower Moon” have brought tourists and historians to Pawhuska and the surrounding area. The wonderful nature preserve, The Tall Grass Prairie” also brings locals and out of state visitors and is well worth the trip.