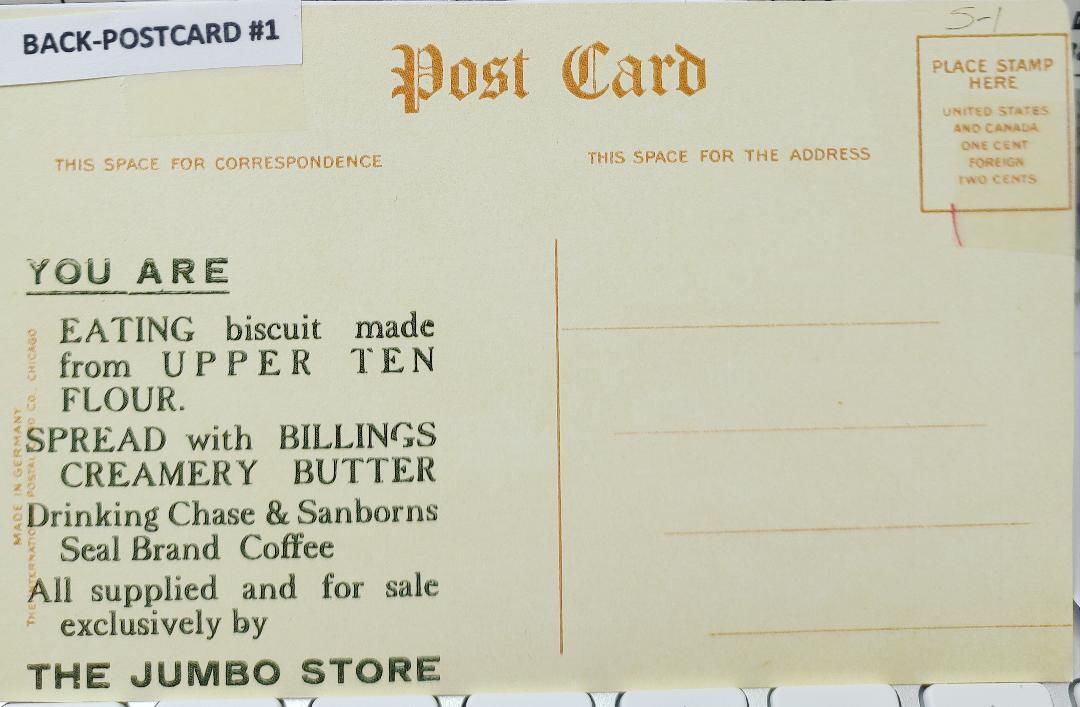 Postcard #1 Back of Card. 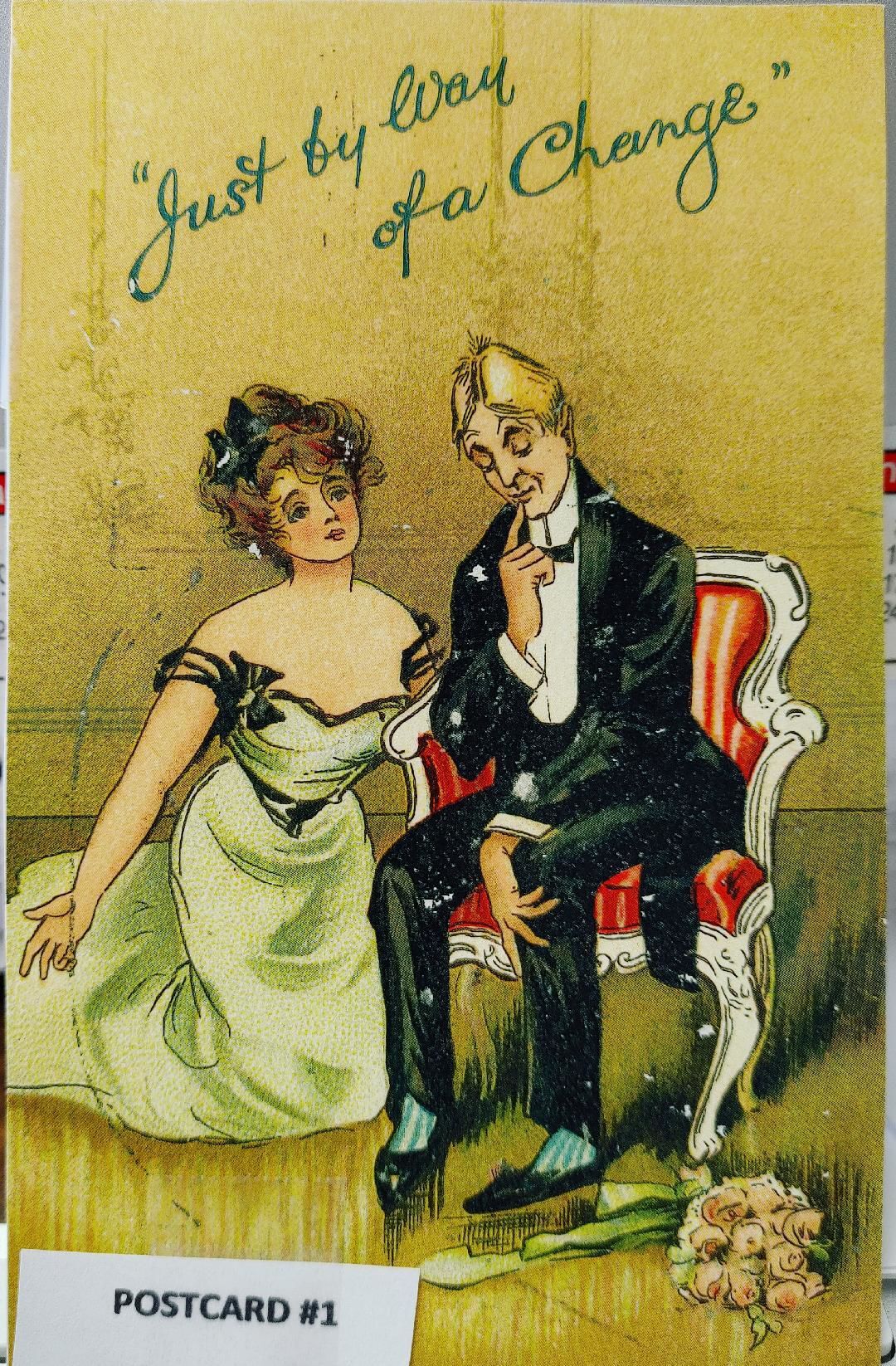 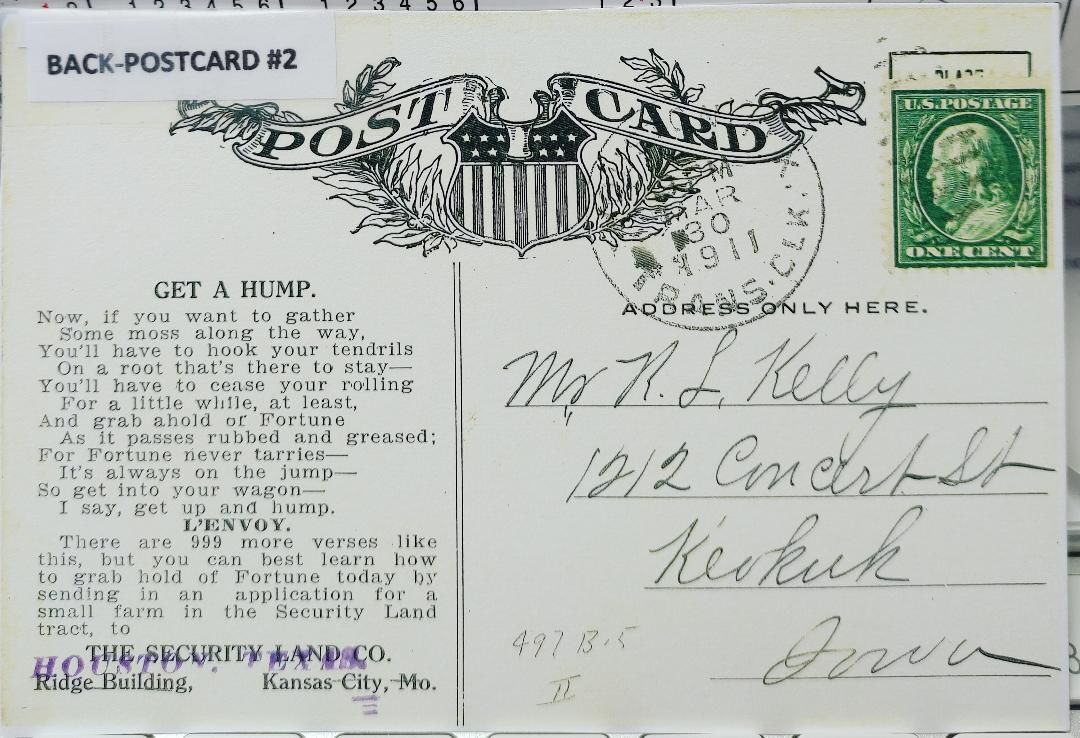 Postcard #2 Back of Card. 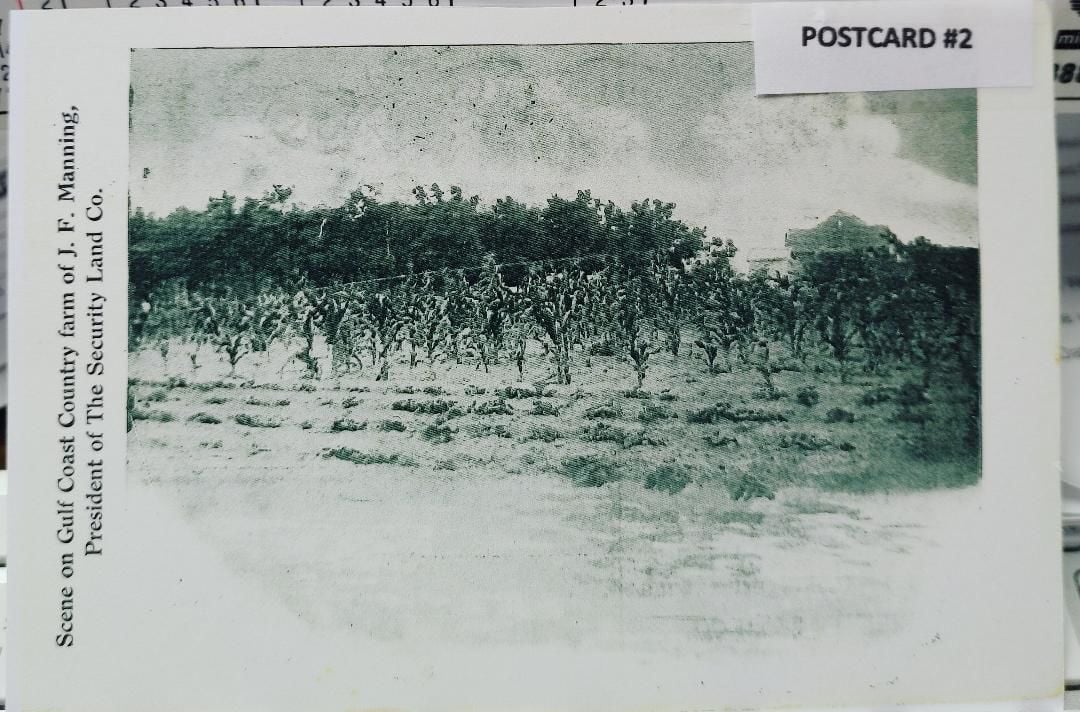 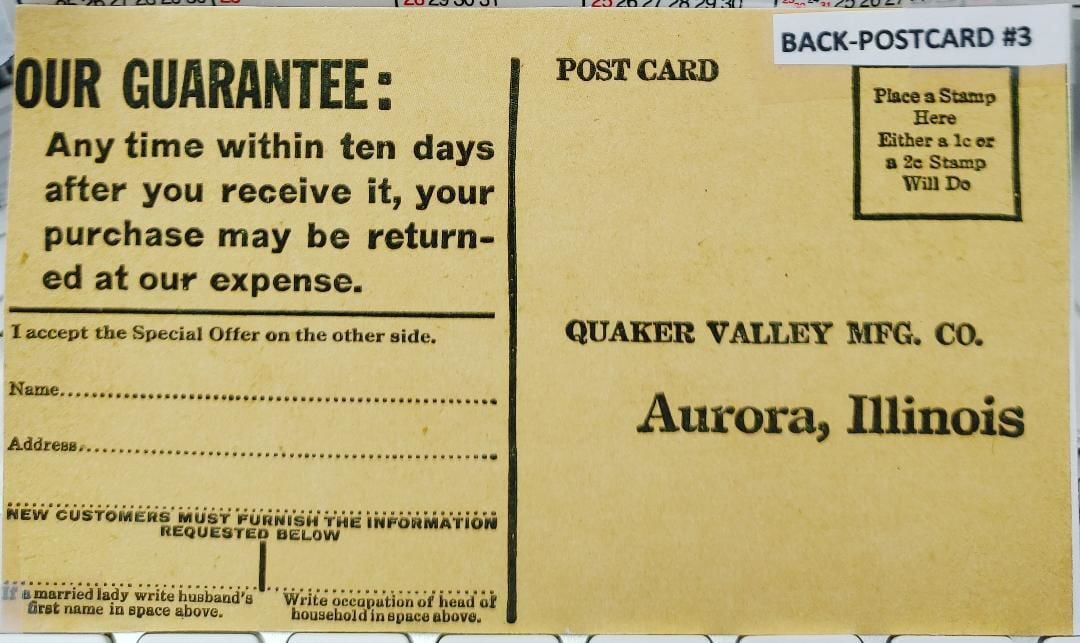 Postcard #3 Back of Card. 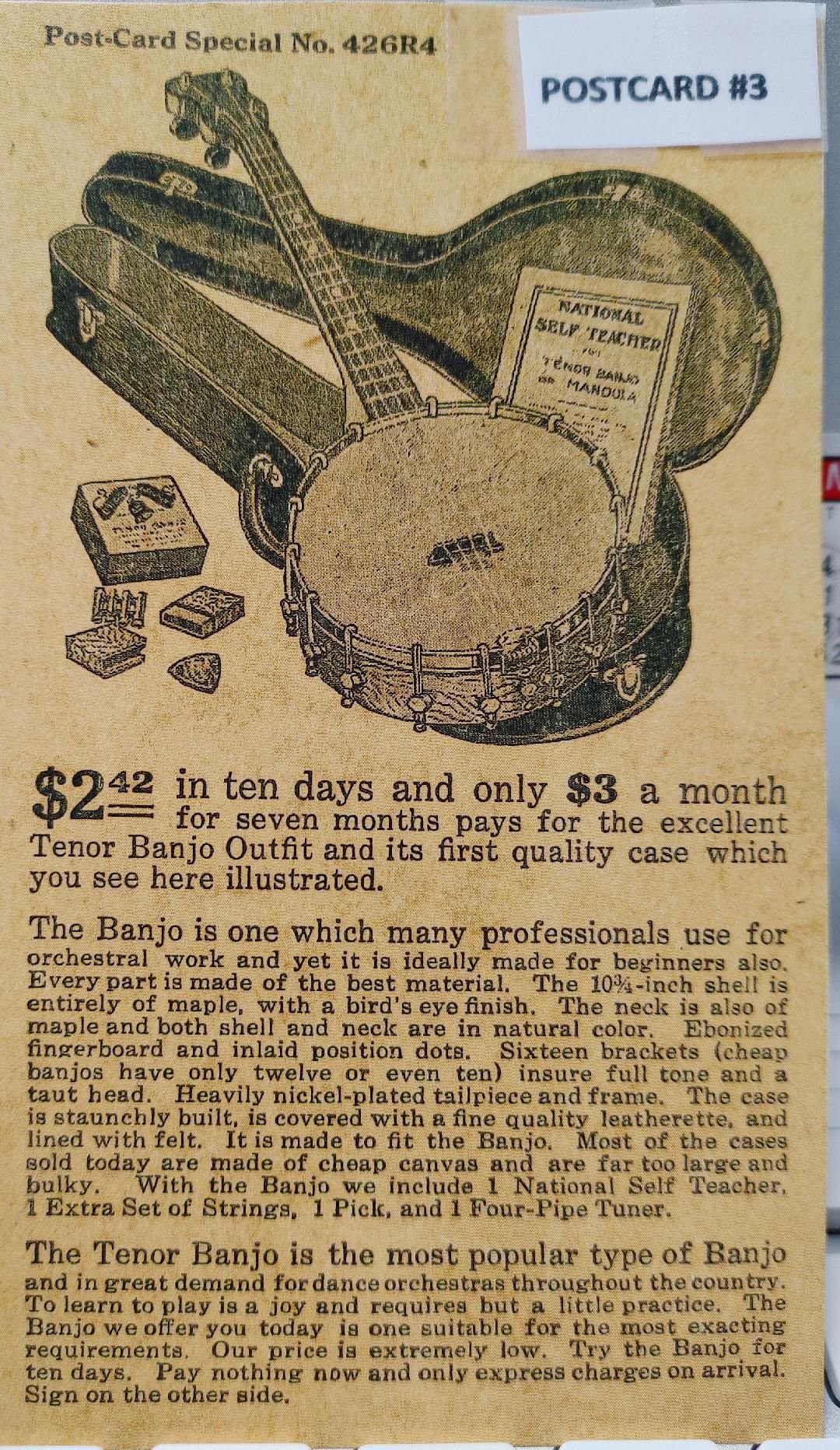 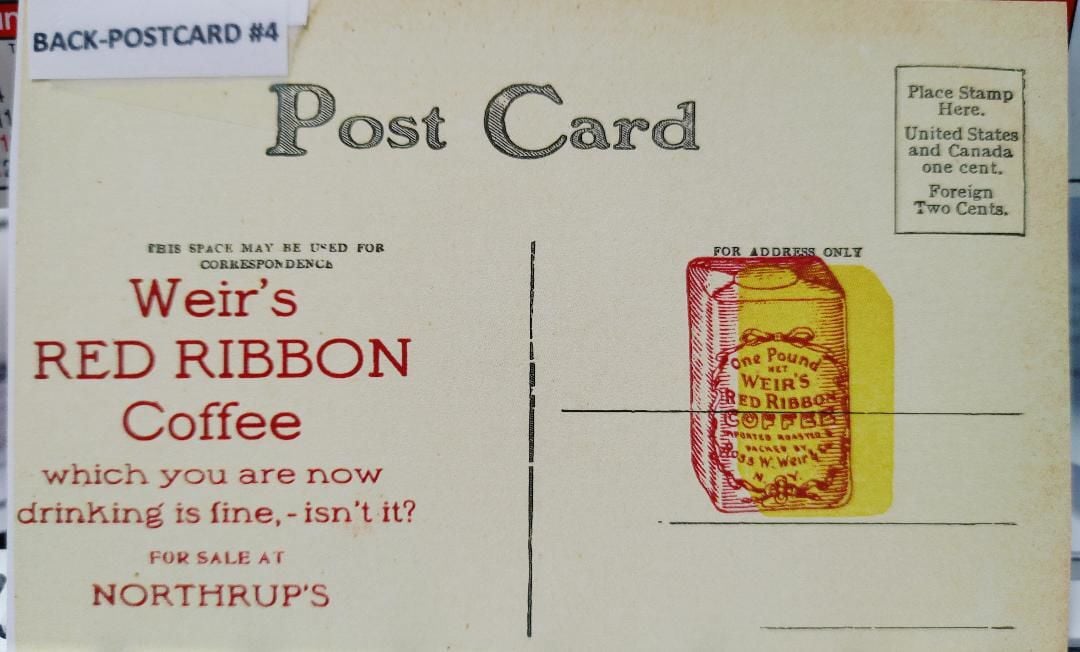 Postcard #4 Back of Card 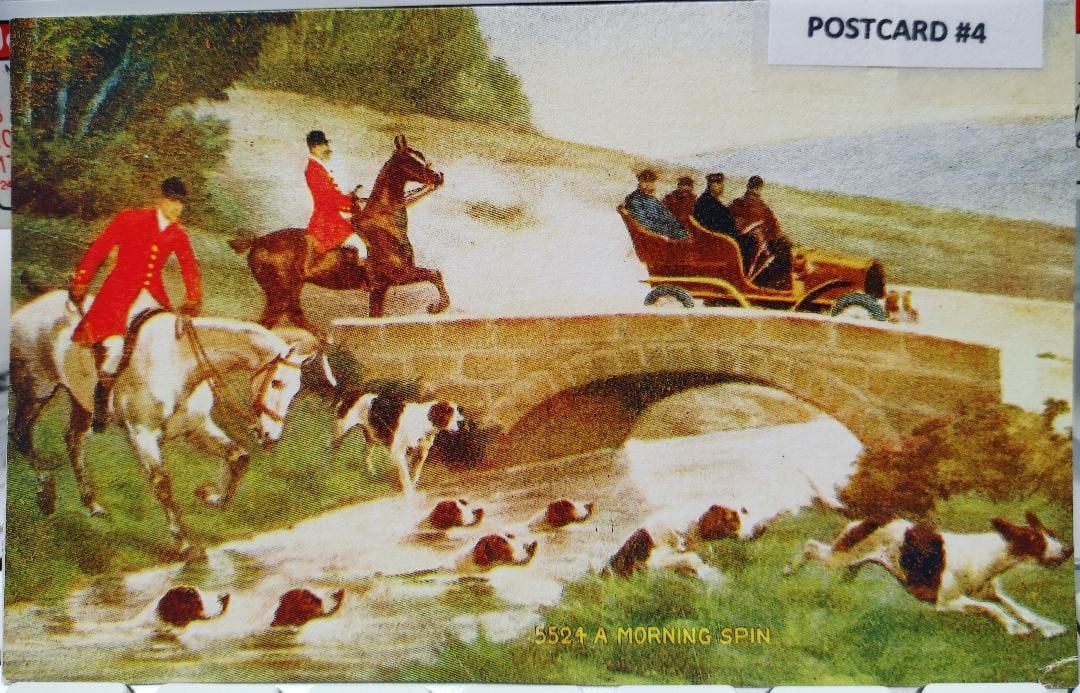 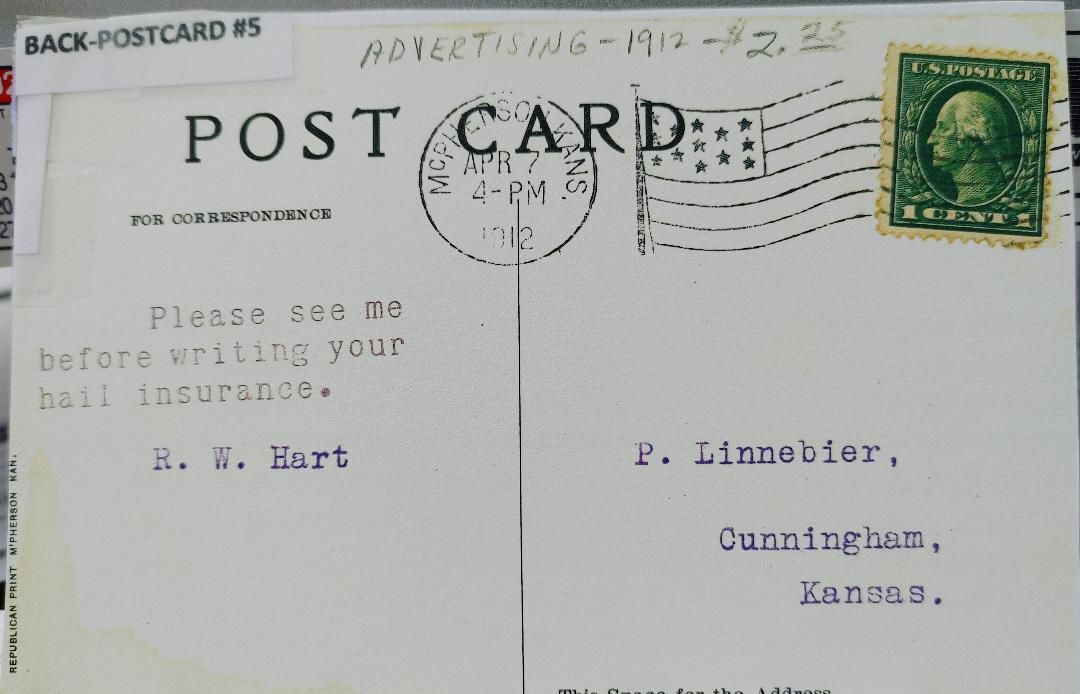 Postcard #5 Back of Card. 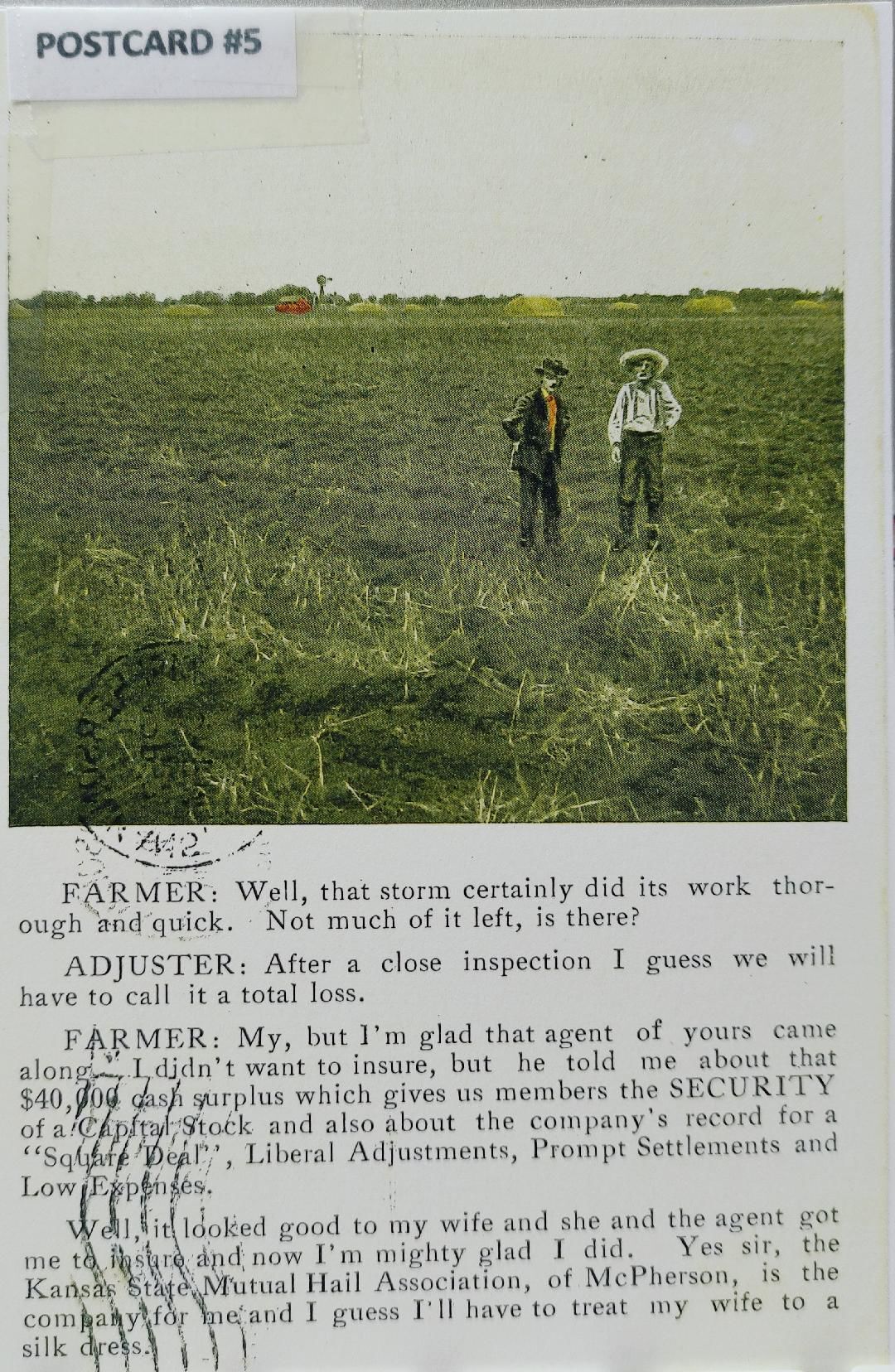 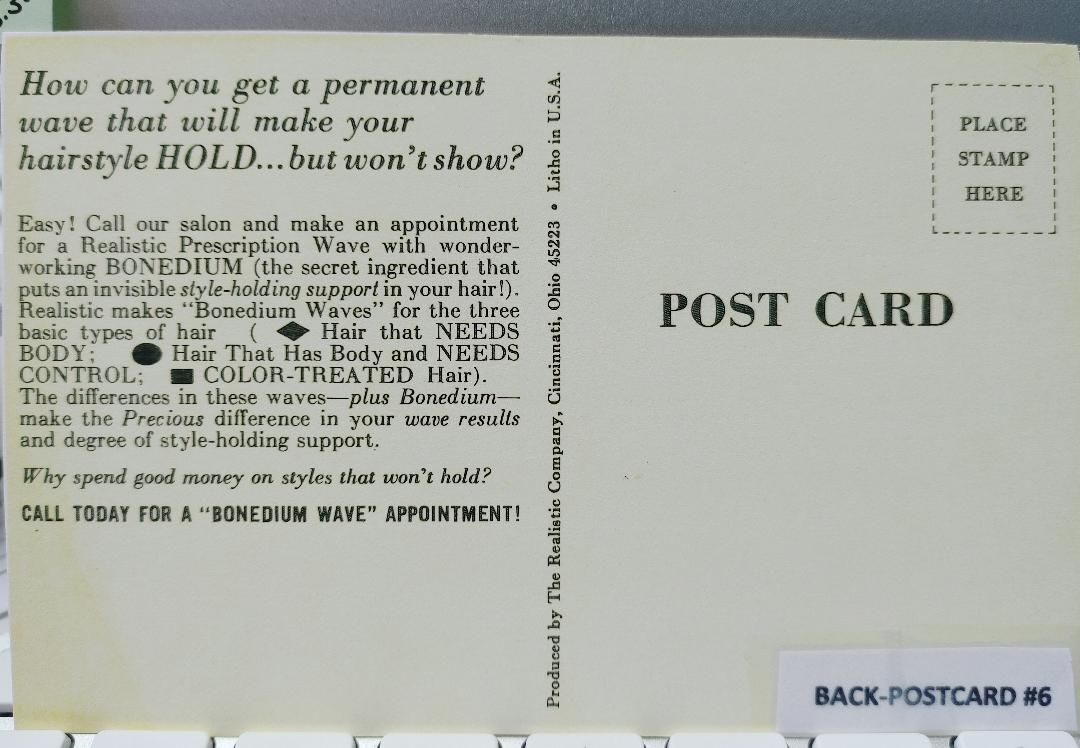 Postcard #6 Back of Card. 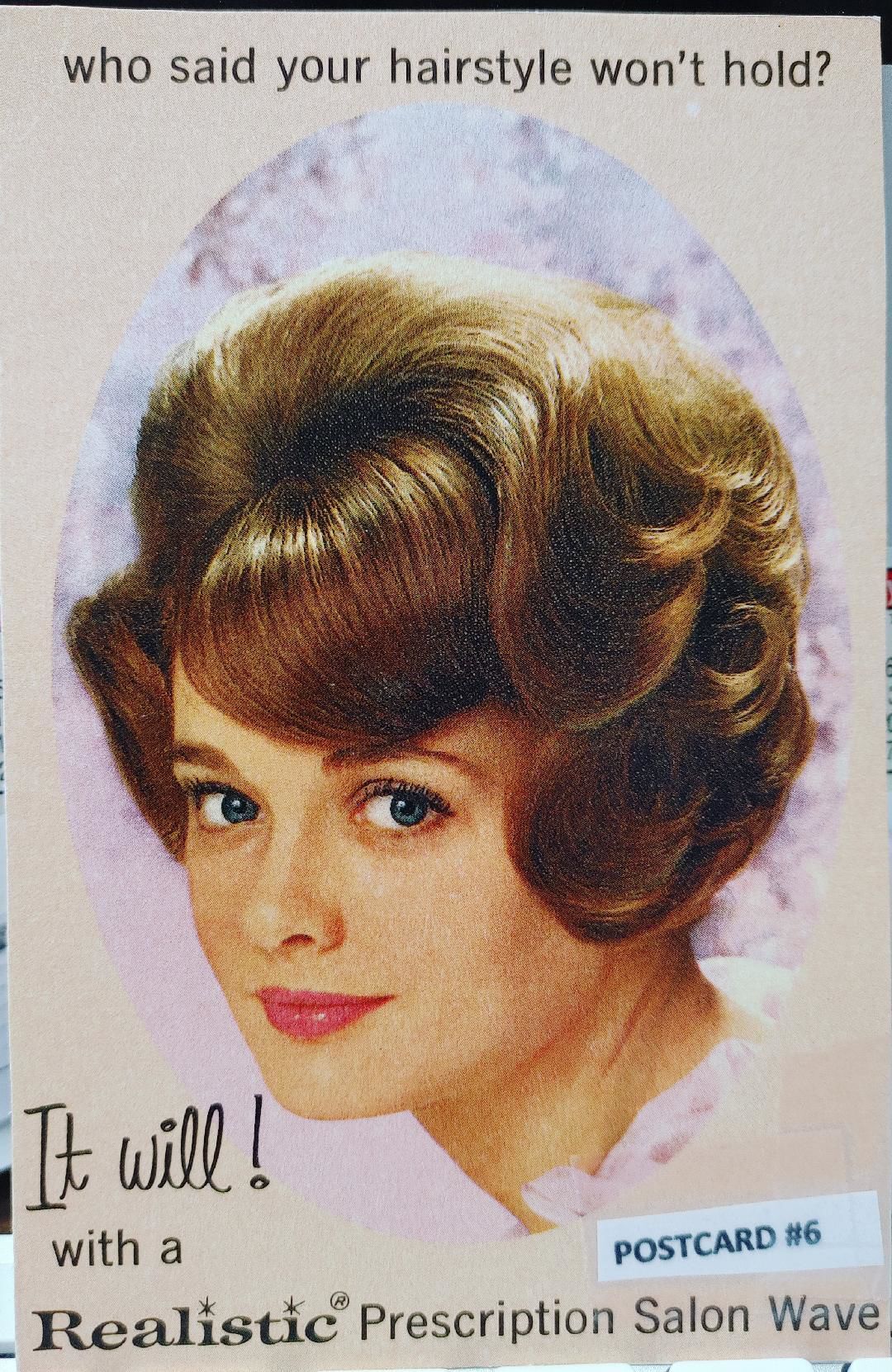 Postcard #1 Back of Card.

Postcard #2 Back of Card.

Postcard #3 Back of Card.

Postcard #4 Back of Card

Postcard #5 Back of Card.

Postcard #6 Back of Card.

There is an abundance of advertising in our everyday lives. Some ads have a catchy tune or verse, which sometimes, we are so familiar with, we sometimes find ourselves either humming or singing along with. Some type of advertisement has been in existence for centuries. Without a little exhibition, or demonstration of goods and products, how would anyone know items existed? An inventor of manufacturer of a new product needs to find the right technique to spread the news, or why spend the time and money trying to make a dream of idea come true.

Advertising became more abundant and popular during the Industrial Revolution. The invention of the printing press, creation of the newspaper, and the classy posters that advertised traveling circuses or medicine and medicine shows, and yes, the inventive postcard, all set in motion the various forms of advertisements that are now part of everyday life.

I don’t have a large collection of advertising postcards, however, do have some interesting, and nicely designed cards. Many of the older advertisement postcard did have a lot of style, color and imagination. Like the advertisements of today, they were intended to catch the eye of a possible buyer.

Postcard #1 – I don’t really understand, how the classy front, has much to do with the Advertisement on the back. However, I guess it would entice someone to read the ad on the back of the card. -The Pretty Lady on her knees, looks like she might be asking “why not”? – while the gentleman seems to be deep in thought, looking down at her, trying to decide if he should purchase any item advertised on the other side of the card. The advertisement is for “Upper Ten Flour” – “Billings Butter”, and “Chase & Sanborn Coffee,” which should be purchased at THE JUMBO STORE. However, there is no information where this “great” store is located. The card has no postmark, so it could be anywhere, city or even state. The Chase and Sanborn Coffee was originally produced in 1862 in Boston, by Caleb Chas and James Sanborn – however, the company, was resold to several different companies throughout the years. I couldn’t find out anything about “Upper Ten flour” or the Billings Creamery Butter. However, my father owned a creamery and was a “butter maker” in a small Minnesota town, in the early 1930s. Towards the later part of the 1930s, the larger dairy companies began to purchase small creameries in the Midwest, so it could be referring to a local creamery product. Regardless the ad was sure to entice folds to visiting THE JUMBO STORE, (if they knew where it was)?

Postcard #2 – A card in good condition considering it is PM1911. A real photo (not real clear) is farm property of J.F. Manning, President of the Security Land Co., located on the Gulf coast. The card was mailed to a man in Keokuk, Iowa. There is part of a poem “Get A Hump” (?) on the back – but the message is if the man would send for an application, he would best learn how he could “grab hold of “Fortune”. The Land Company office however is located in Kansas City, Mo. I wonder if the man from Keokuk ever replied.

Postcard #3 – An advertisement for a tenor Banjo. It is not a card – as the ad is on a type of brownish colored flimsy paper, however it says postcard and even has a number on the top front – (postcard special No. 426R4), so was this company tracking where their cards/ads went? The “card” is complete with information on how to purchase, and pay for the instrument, however you still had to place a 1 or 2 cent stamp on the card to return it. The instrument comes with a case, tailpiece, instructions, and an extra set of strings, a pick and tuner. There isn’t a year on the card, and I do not know if the Quaker Valley Mfg. Co. still exists.

My oldest son plays the five-string Banjo – (Bluegrass style) – they now cost just a “bit” more than $3 a month for 7 months, plus freight.

Postcard #4 – I guess you could refer this to another Store Ad/or Product. Coffee — a brand of coffee I’m not familiar with – “Weir’s Red Ribbon” – the address side of the card indicated you could purchase this coffee at Northrups. Northrups was a large department store, which was originally based in Minnesota during the 1880s. The front of the card might attract collectors interested in sports, dogs, horsed or even auto postcards. The card is titled, “A Morning Spin,” and is numbered 5524. I couldn’t find publisher or printer on it – perhaps it was a Northrup Product.

Postcard #5 – This card is about insurance. Even back in 1912 – there were insurance companies. Living in Iowa for a while, I learned how important insurance was, for the farm crops and livestock. This card – in very good condition – was mailed from an insurance salesperson to a farmer in Cunningham, Kansas. – regarding hail insurance. The front pictures a farmer, whose cops have just been destroyed by hail, talking to an insurance adjuster, and how happy he is that he was covered by insurance, provided by Kansas State Mutual Hail Association, of McPherson, Kansas. The farmer was so happy, he was going to treat his wife to a silk dress. The card PM1912 – so I imagine a “silk dress” would have been a very welcomed gift. The card has some staining, and the photo of the farmer and the agent, aren’t really clear – but not bad for the age.

Postcard #6 – A little more recent card, however, it has no specific date. The hair style perhaps from the late 50s or early 1960s. The attractive girl is showing off her new “Realistic Prescription Salon Wave.” The back of the card is encouraging women to contact their beauty salons to get a perm that contains a product called – “Bonedum.” Any permanent that contains this (secret ingredient) will put “An invisible style-holding support” in your hair. There is no mailing address or date – but an attractive way to advertise a product that will show a hair product.

There is a large variety of advertisement postcards, which can be filed under different categories, such as the cards I do collect – published by Rembrandt, Colo., many of them are advertisement cards. The looking and searching is half the fun – so enjoy.